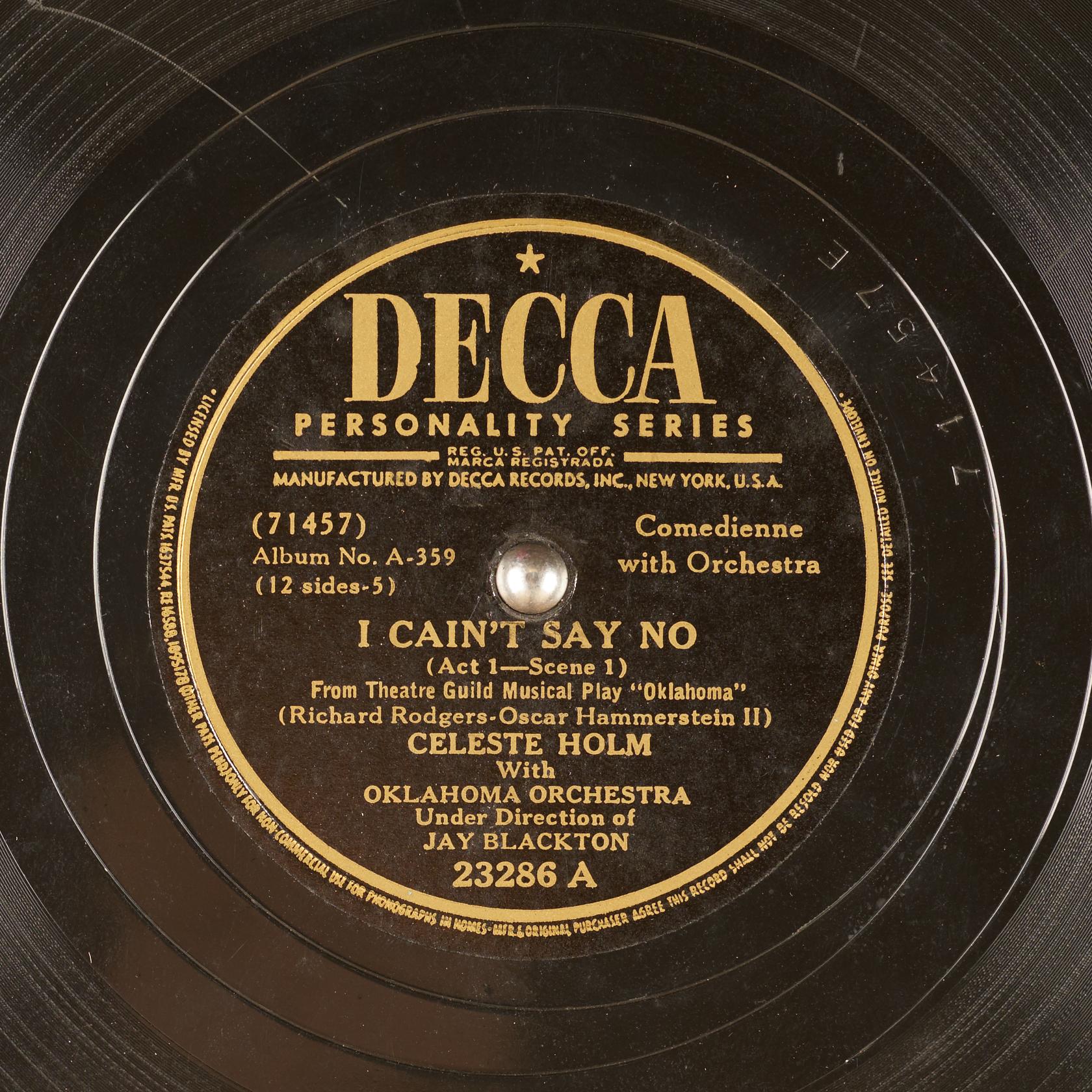 Comedienne with Orchestra; From Theatre Guild Musical Play "Oklahoma"; Under Direction of.

The recording on the other side of this disc: PORE JUD IS DAID (Act 1 - Scene 2).