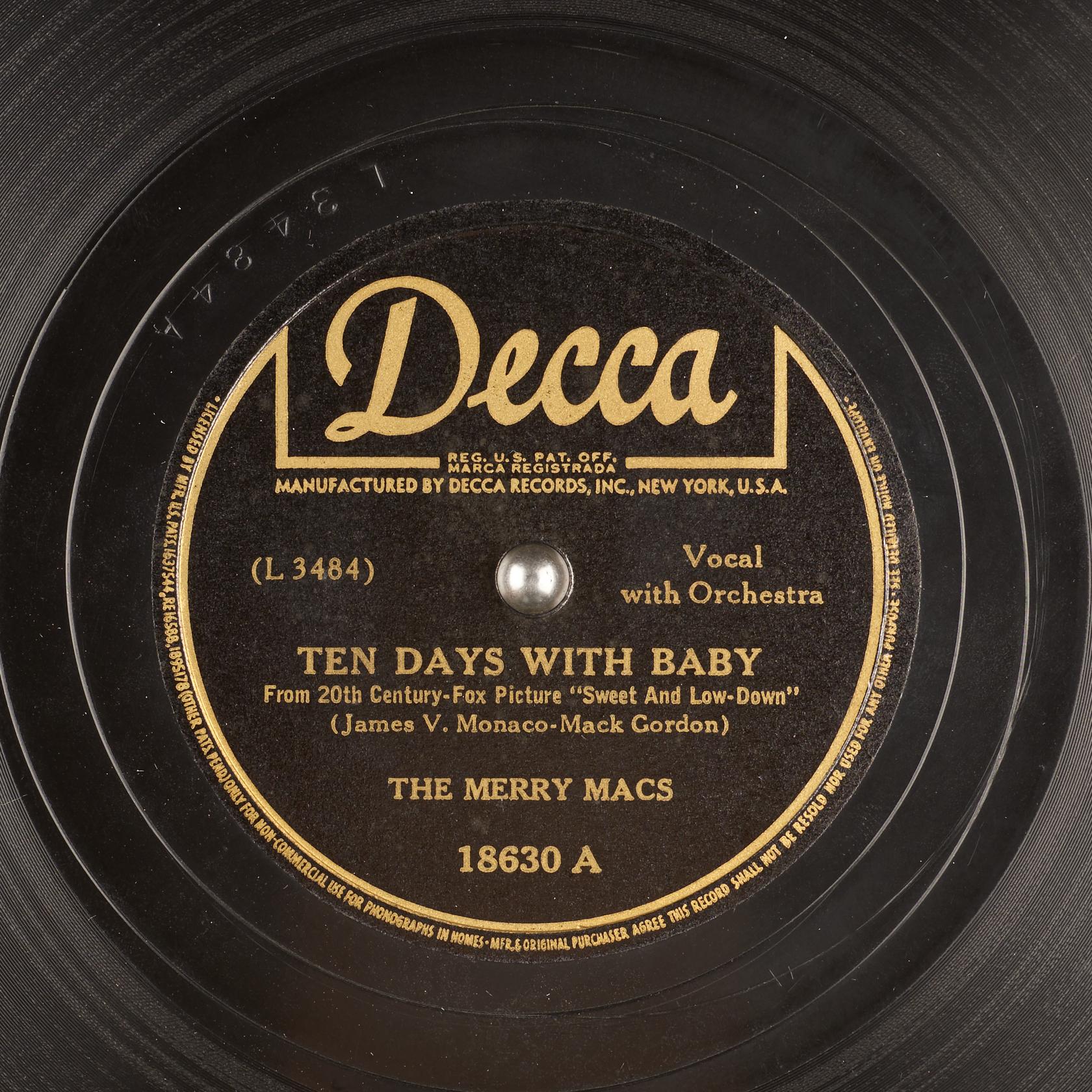 Vocal with Orchestra; From 20th Century-Fox Picture "Sweet And Low-Down".

The recording on the other side of this disc: Thank Dixie for Me.