THE VOICE OF FREE AMERICA 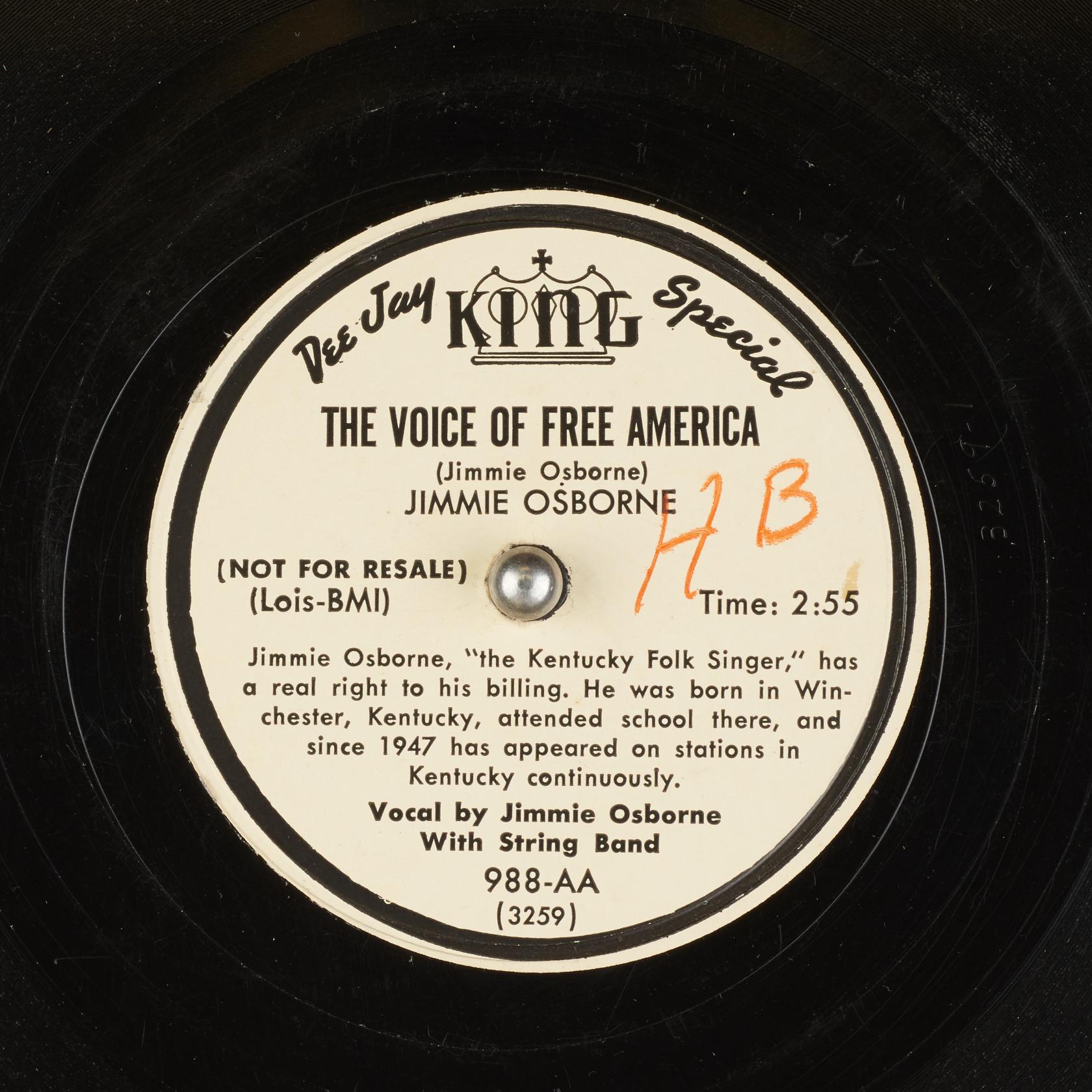 THE VOICE OF FREE AMERICA

Vocal; With String Band; Jimmie Osborne, "the Kentucky Folk Singer," has a real right to his billing. He was born in Winchester, Kentucky, attended school there, and since 1947 has appeared on stations in Kentucky continuously.

The recording on the other side of this disc: IT'S JUST A HABIT WITH YOU.