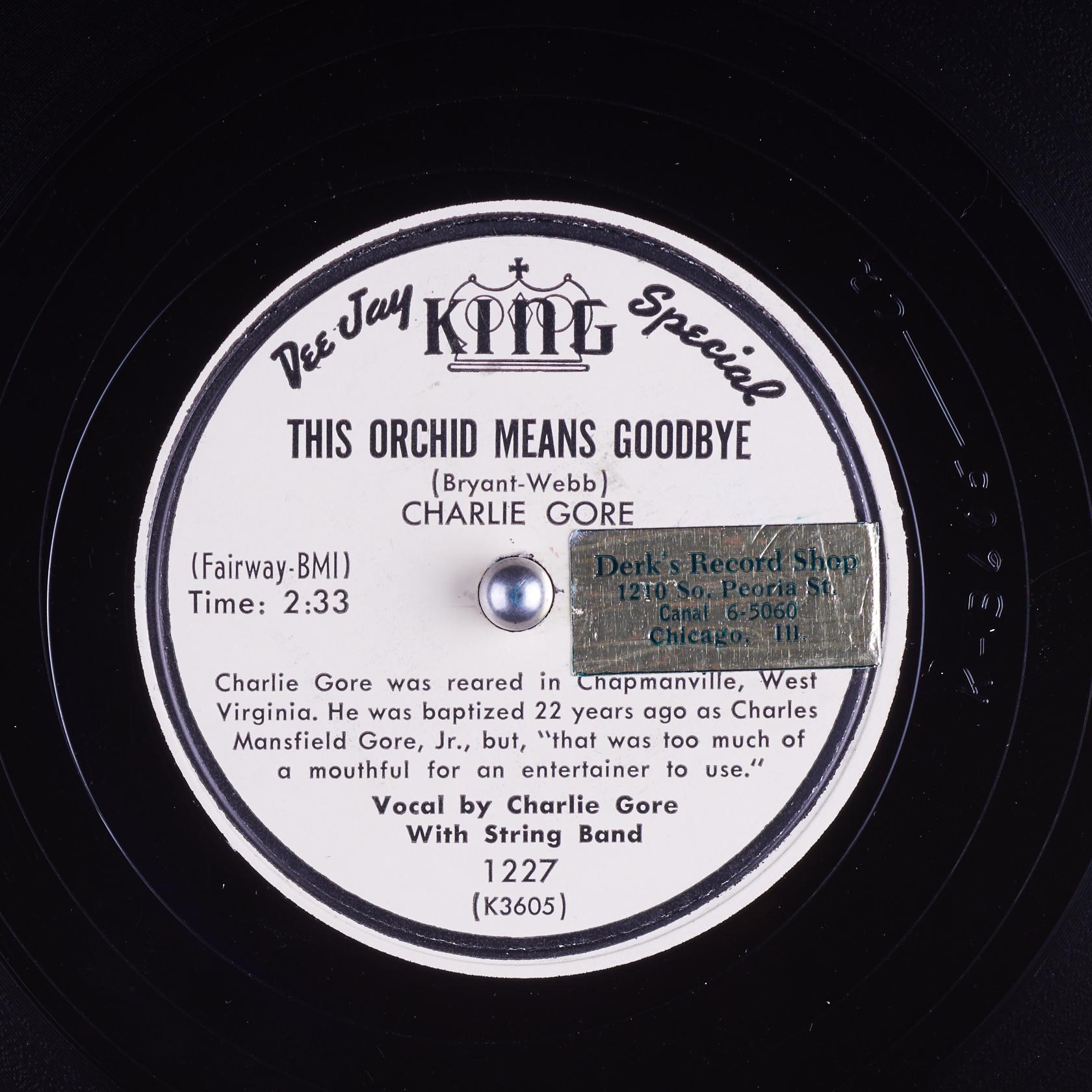 Vocal With String Band; Charlie Gore was reared in Chapmanville, West Virginia. He was baptized 22 years ago as Charles Mansfield Gore, Jr., but, "that was too much of a mouthful for an entertainer to use.".

The recording on the other side of this disc: Who's Been Dragging Your Little Red Wagon.