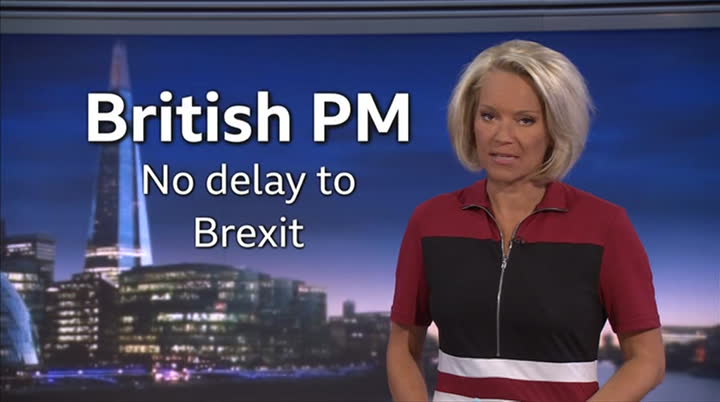 would make him delay brexit on october the 31st. rebel conservative and opposition mps are preparing to try to force an extension. he's urged them not to vote for what he called another pointless delay. hurricane dorian has claimed at least five lives in the bahamas, with 13,000 homes destroyed or damaged. the monster storm continues to batter the islands with surging seawaters and ferocious winds as it creeps towards the us coast. and a story on our website highlights some of the stunning snapshots from this year's portrait of britain exhibition celebrating the country's diversity. the winning photos have gone on display around the uk in railway stations, malls and on high streets. that's all. stay with bbc world news.
1:31 am 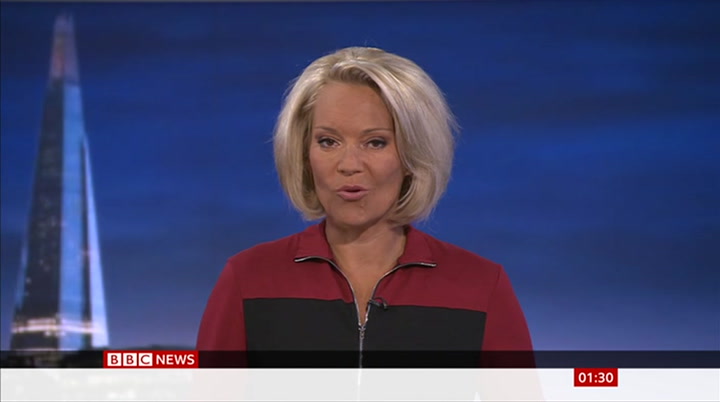 you can get more background on all our top stories on the bbc news website. now we're crossing live to singapore for asia business report. the pound falls as borisjohnson tells members of parliament to back me or get ready for a general election. australia decides on rates as two big trading partners for it are locked in a trade war. morning, asia and hello, world. it's tuesday and glad you could join us for another action packed edition of asia business report with me, rico hizon. brexit and later today opposition mps are expected to give details of a bill that would seek to block a no—deal exit.
1:32 am 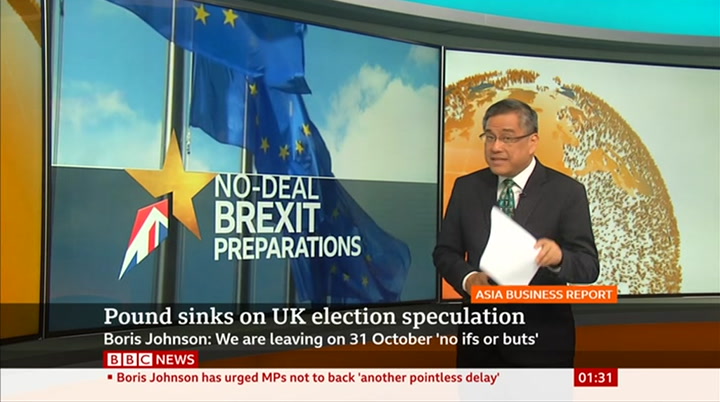 prime minister boris johnson block a no—deal exit. prime minister borisjohnson has urged mps not to delay brexit further and hinted if they did there might bea further and hinted if they did there might be a general election. to show our friends in brussels that we are united in our purpose. mps should vote with the government against corbyn‘s pointless delay. i wa nt against corbyn‘s pointless delay. i want everybody to know there are no circumstances in which i will ask brussels to delay. we are leaving on the 31st of 0ctober, no ifs or buts. and as he said, the uk is due to leave the eu on the 31st of october regardless of whether an exit deal has been agreed or not. as the likelihood of a no deal exit rows, the pound, as you can see on this currency board, has lost ground against the us dollar over the past six months and has fallen even further on monday as the statement raised speculation of a general.
1:33 am 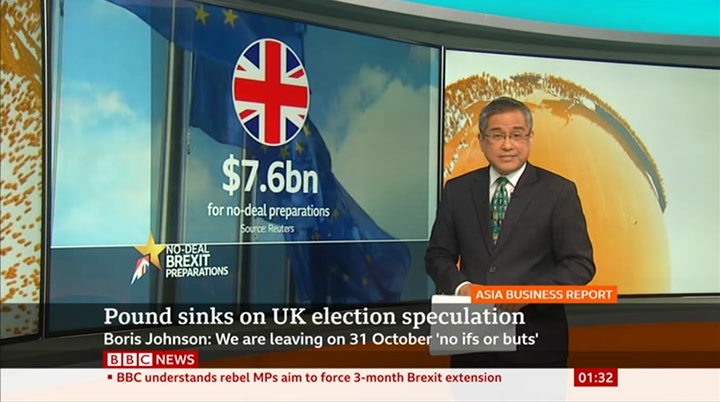 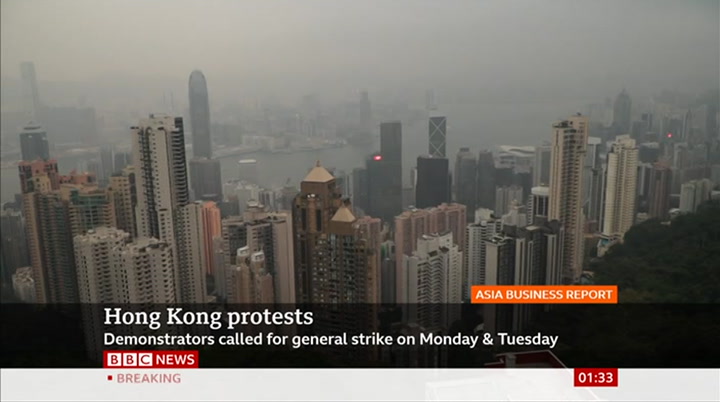 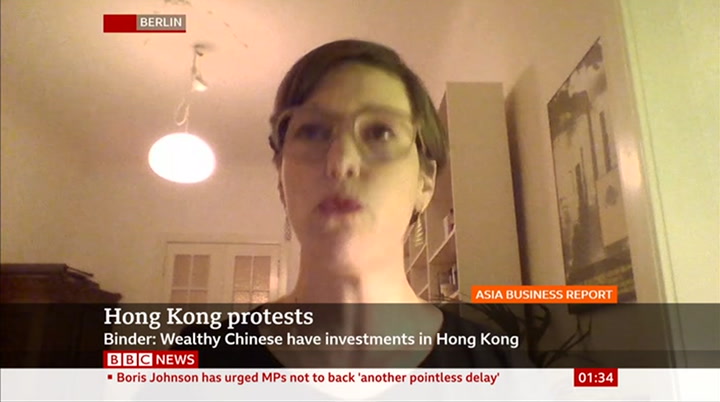 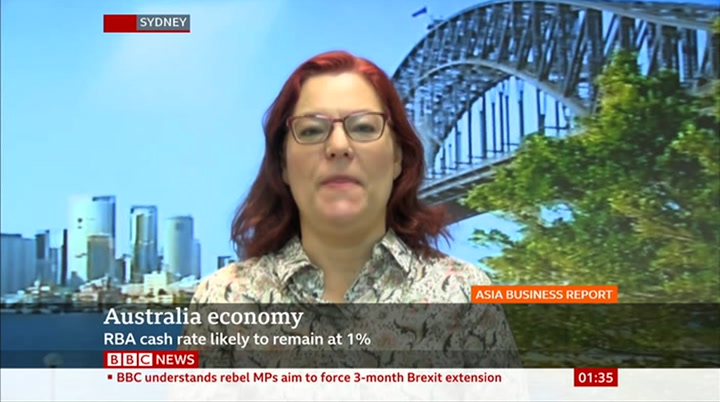 moment. we have gdp out tomorrow and the markets are getting more negative on what that number could look like. even so, there's things that will bring the economy forward in the next couple of months. they will pause for a bit and at i%, there's not much room to move, so they want to see more about what's happening in the current quarter rather than the backward —looking... what could basically change their minds and make a cut today? you have falling household disposable income, ballooning debts, low wage growth and we could see the lowest gdp numbers in almost a decade. there's no doubt the second quarter numbers will be pretty horrible and the government won't be too happy having to talk to those, but a couple of things are different. tax cuts have come through from the first ofjuly, especially following come households. households are starting —— house prices are starting to turn around, we've had a monthly rise in syd ney around, we've had a monthly rise in sydney and melbourne, that makes
1:37 am 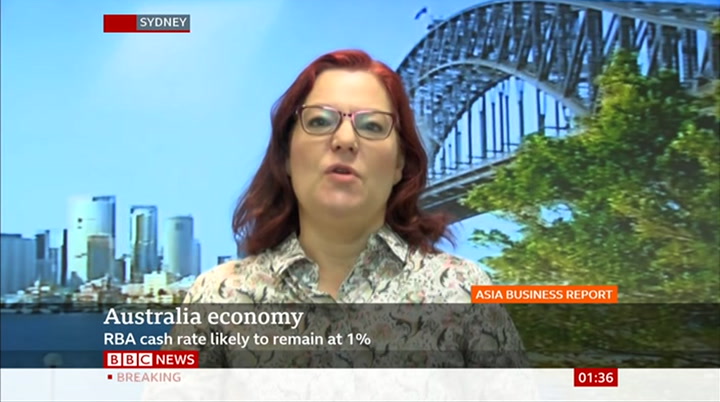 households happier and partially the data has shown household income did 0k in the last quarter, notjust individual wages but with the combination of individual wages and employment we had a strong rise. there's a possibility consumers could be more optimistic and if that happens and we see left in this quarter, businesses could be more optimistic. i think that's unlikely but that's why the rba would want to wait. if they think that's not going to happen and there's not enough evidence, there's every chance they could cut again today. briefly, when do you think this tax offset and the rate cuts injune and july have an impact on the economy? we would have hoped we would have seen it already in the august data about the partial data we have had so far doesn't show consumers being that confident, they haven't gone out and spent... the interest rate cuts we had injune and july also... it's not a huge amount, $700 a year better off if
1:38 am 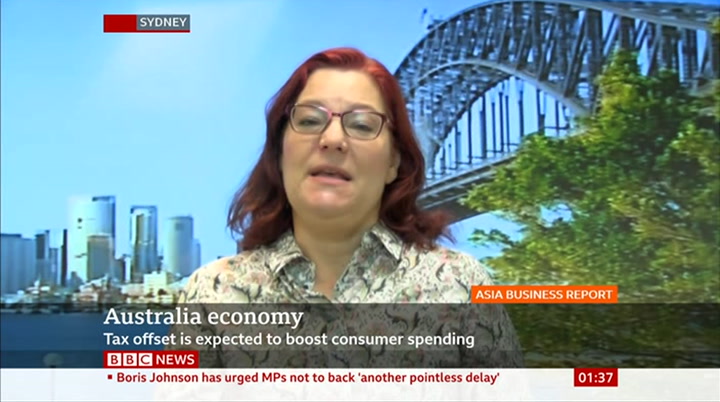 you have a $400,000 mortgage, and thatis you have a $400,000 mortgage, and that is low by the standards of today. we're not seeing anything but if we are going to it it will be in september and october. november makes more sense, september and october. november makes more sense, especially after the next cpi numbers, if they going to cut, that would be the most likely time. nicki hutley from delight access economics in sydney. women make up less than a third of all scientists working today but nobel laureate elizabeth blackburn wa nts nobel laureate elizabeth blackburn wants young women to persist. she says confidence and asking for help are two ways to get over the gender gap and increase the role of women in stem. i really have a message to women in science, which is keep persisting. you know, this is worth it.
1:39 am 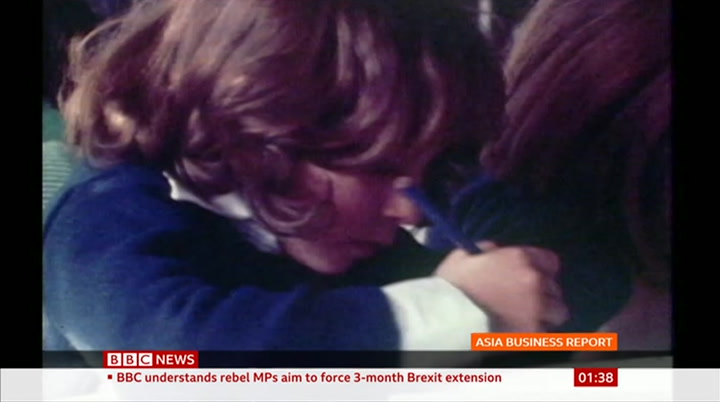 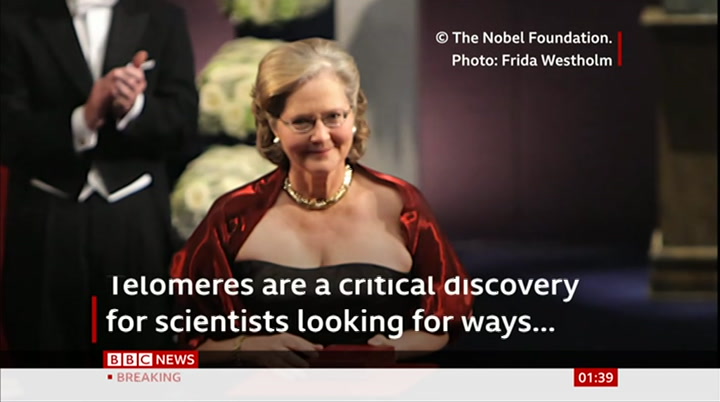 i see that women started early in their careers they find it very daunting. i think science needs women, and it is true. don't be put off by what seems to be at the time insurmountable difficulties, but go for it. elizabeth blackburn and her story. in other business news, british retailer marks & spencer could see shares being removed from the blue—chip ftse 100 index as shares being removed from the blue—chip ftse100 index as its shares has been falling. it's lost about 40% of its value since last year as the 135—year—old company has been struggling tough competition in clothing and food operations as more online shopping options have become
1:41 am 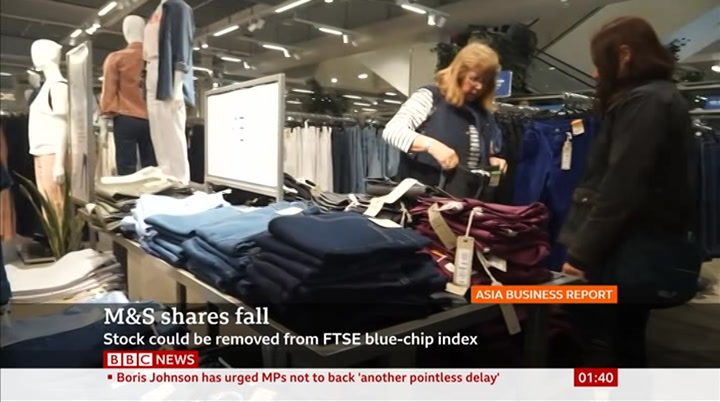 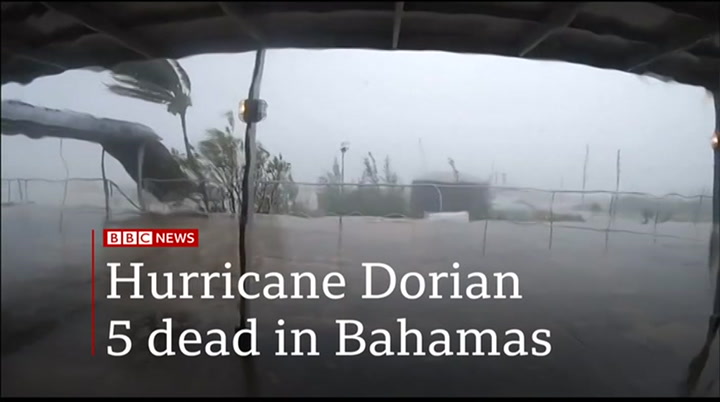 hurricane dorian has claimed at least five lives in the bahamas, with 13,000 homes destroyed or damaged. a man has pleaded guilty to the manslaughter of a 3.5—year—old boy who was crushed behind a car seat in february last year. stephen waterson, who is 26, had denied any involvement in the death of alfie lamb at an earlier trial in which the jury was unable to reach a verdict. richard lister was in court alfie lamb, described in court as the loveliest child you could ever meet, but his mother, adrian hoare, had taken him from one chaotic home to the next and alfie's father figure, stephen waterson, was an angry, controlling man with a history of violence. these are the last images of alfie, struggling to keep up with waterson and hoare on a shopping trip. they're with two more adults and another child, who all lived in waterson‘s flat. they seem almost oblivious to alfie and he's about to be placed
1:43 am 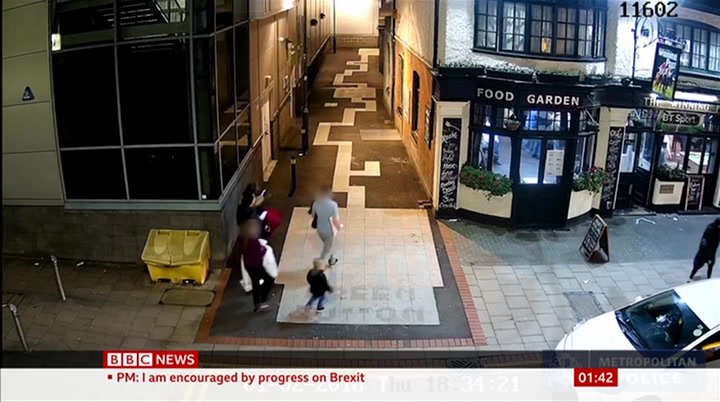 in the rear footwell of waterson‘s overloaded car, between hoare's feet, for the drive home. by the time they arrived back at their flat here in croydon, it was clear something was very wrong. during the journey, stephen waterson had become annoyed with alfie crying, and pushed his seat back against him. when they pulled the little boy out of the footwell, alfie wasn't breathing. stephen waterson rang for an ambulance, but pretended to be a passer—by. is there a door number you can see? no, it's a block of flats. i've just literally been driving past. right, 0k. and what's the telephone number you're calling from, please? it's... don't worry if you don't know, it's fine. giving evidence in february, alfie's mother, adrian hoare, said he'd cried, "mummy", when waterson moved his seat back. but she said waterson responded that he wasn't being told what to do by a three—year—old. the jury were unable to reach a verdict on waterson in that trial,
1:44 am 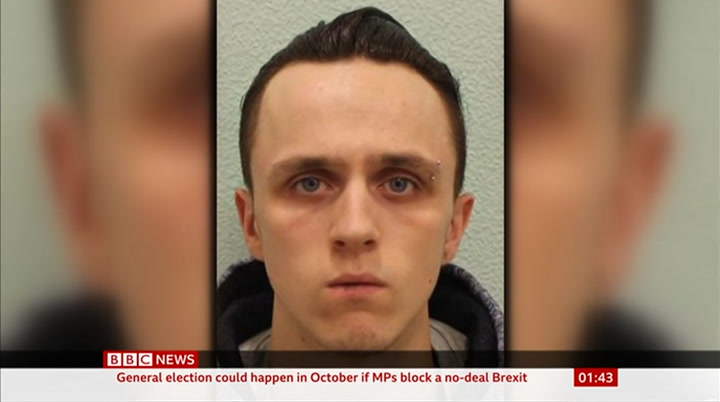 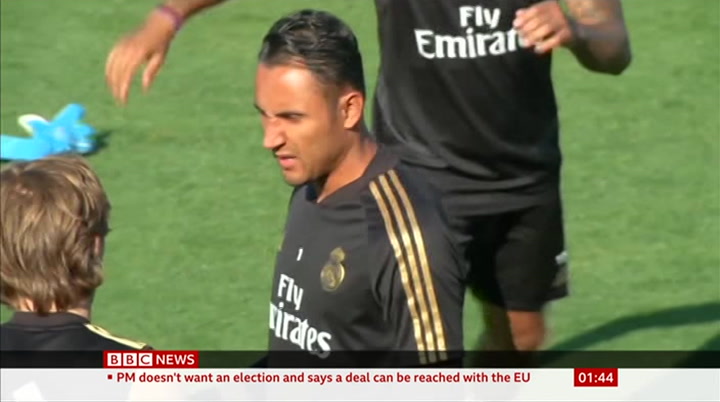 out of the us open. some big transfers as the window shuts across europe, we'll bring you the big names making the big moves. australiansuper star steve smith gears up australiansuper star steve smith gears up for the fourth ashes test. —— australian superstar. hello and thanks for joining us on sport today. we start at the us open where defending champion naomi 0saka has been knocked out of the tournament after a straight sets defeat to belinda bencic in the last 16, her third defeat to the 13th seed this year and a loss that means the 21—year—old will lose her world number one ranking, with ashleigh barty of australia returning to top spot. 0saka was broken late in the opening set. her swiss opponent showing why no one on the women's tour had beaten more top five or top 10 players this season. 0saka entered the us open under an injury cloud,
1:46 am