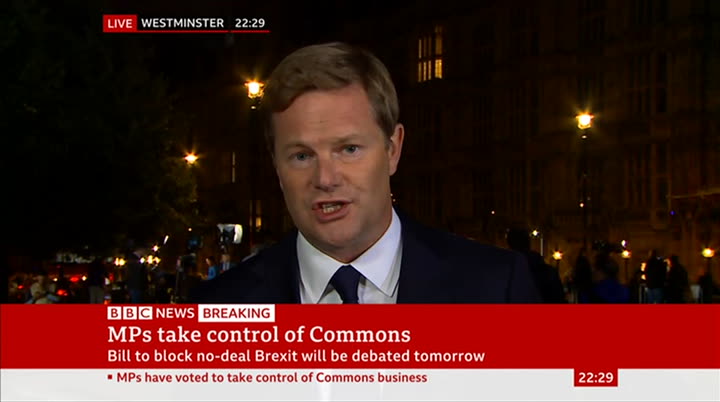 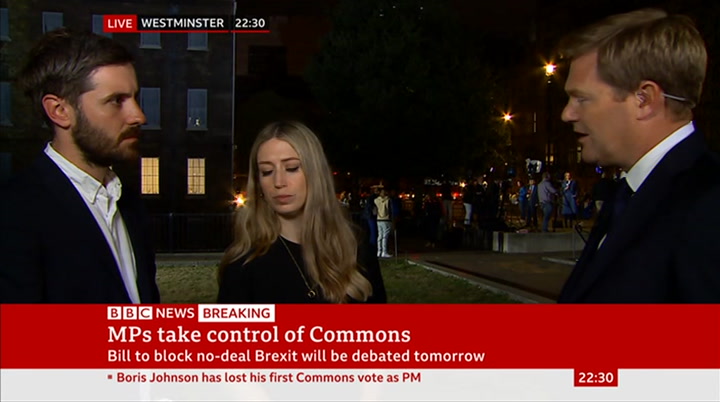 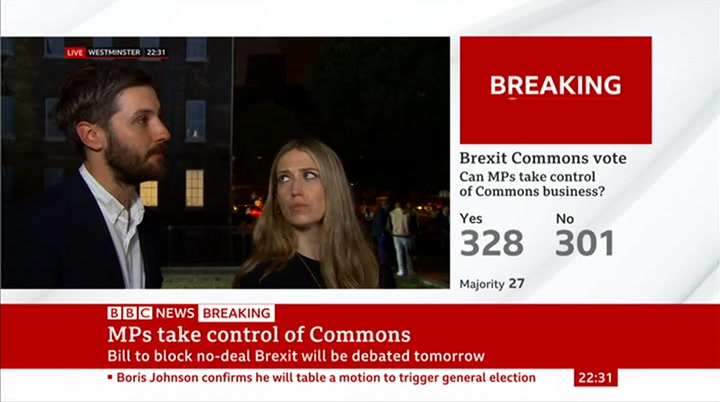 it was notjust jeremy corbyn to be reassured that it was not just at that. and they would only need a simple majority for that. in blackford there, for all the assurances that the opposition parties and the rebel territories are trying to get to stop no deal but the simple fact is you cannot bind the hands of the future. unless jeremy corbyn is very confident that he will win the next general election which with current numbers i do not think he should be, any thing that goes to parliament 110w any thing that goes to parliament now can be quickly counteracted by any government. just on the sequencing, we had two motions going down tomorrow, which takes precedent? they can have control of the order paper so after three p:m., it goes over to the eu with what you for joining it goes over to the eu with what you forjoining us. withdrawal bill. fixed term problem and come up with that have to wait until this is out of the way? he
10:33 pm 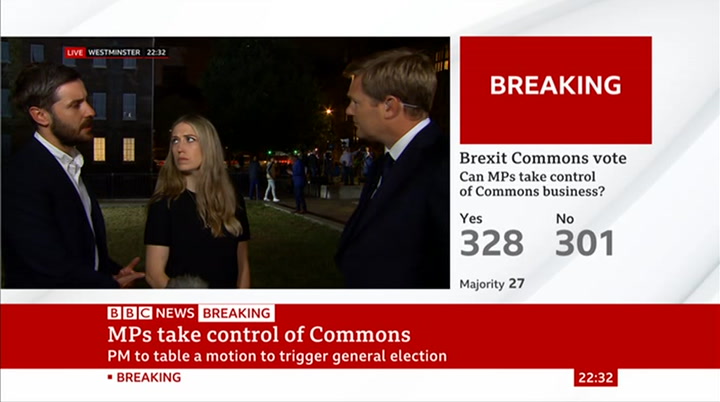 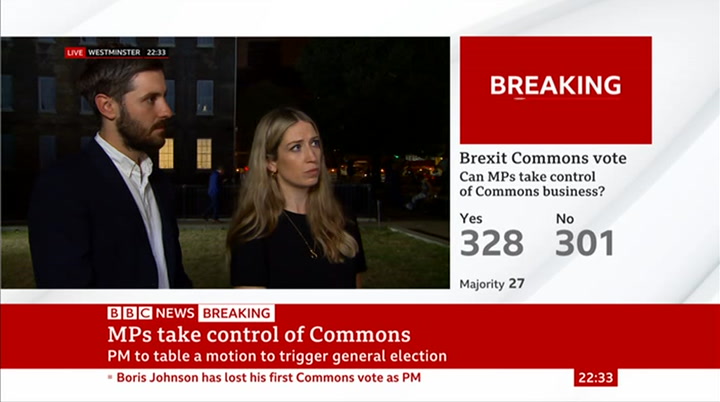 will be heads down to the strategy they decided on previously. there is a certain amount there is a certain amount of theory going on both sides and that dominic cummings and his tea m and that dominic cummings and his team and boris johnson and that dominic cummings and his team and borisjohnson 519, did they have more tricks up their sleeve or will it have to be a general election? we have seen a lot of the kind of tricks that exist being talked about already with regards the bell and the bait tricks, the government has a big sleeve controlling parliamentary time. in a number of amendments being put down in the lords trying to filibuster this out. he learned strength to filibuster it and there are talks about the government is trying to withhold royal assent and we have seenin withhold royal assent and we have seen in the vote today that has just passed the rebels trying to guard against that by putting in privations that would say that the house could carry on sitting
10:35 pm 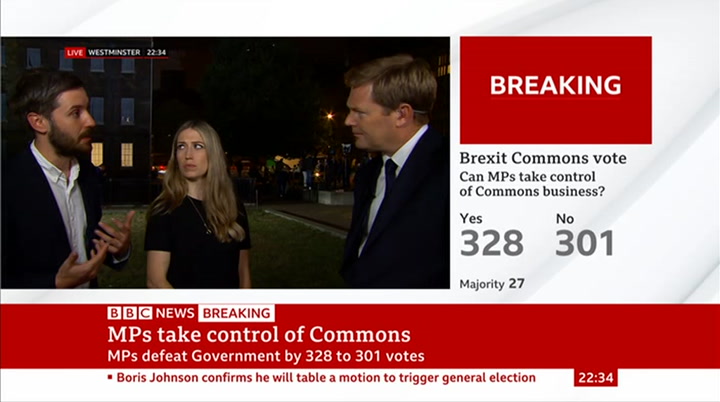 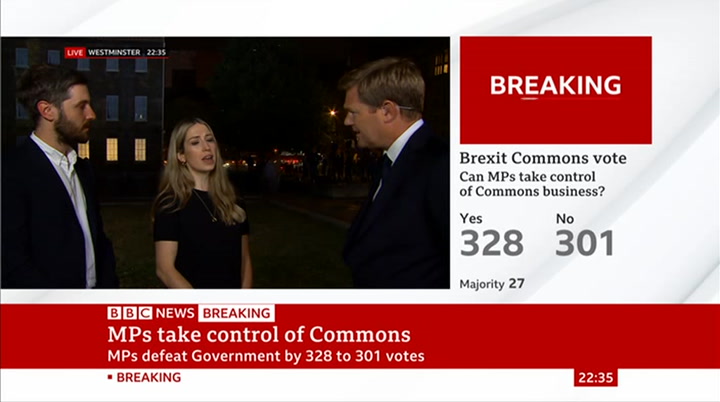 no deal has gone up? did they think that perhaps it is unfair their way? they will probably think overwhelmingly that they would get the deal to the house, because the problem that theresa may always had was that she was not able to get something through so whatever she was negotiating for brussels, she could not deliver her own side. so all the signals this will be sending to brussel is that borisjohnson now u nfortu nately has to brussel is that borisjohnson now unfortunately has the same problem. one eu diplomat dead say to date with what is the point of negotiating, he does not have a majority of any more, it is over. the eu will want to know if they negotiate, if they move and make any concessions how any will be enough to get the deal through. and in some respects they might be looking in saying this leads to a general election actually and finally there will be a rebalancing of the
10:37 pm 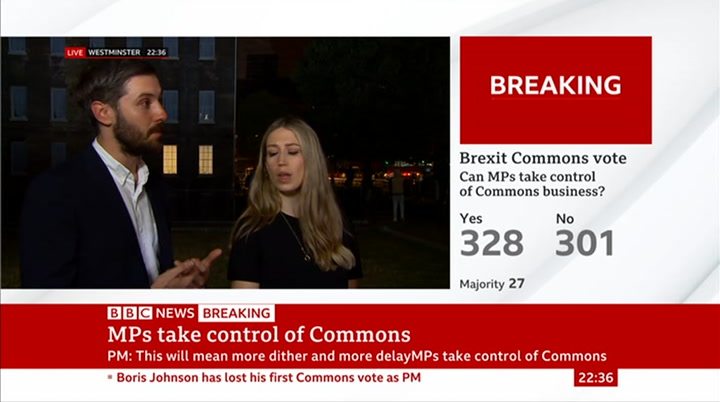 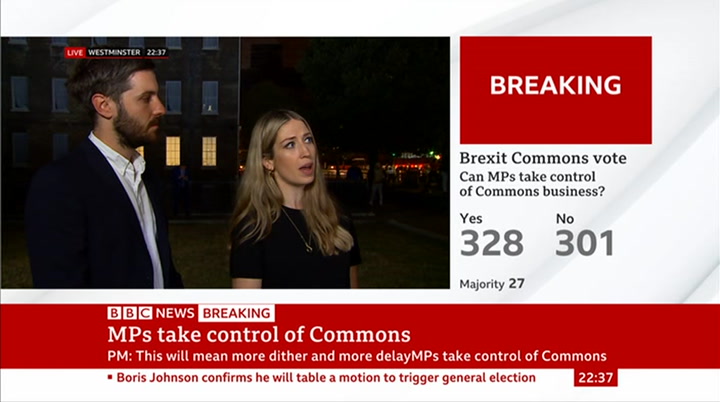 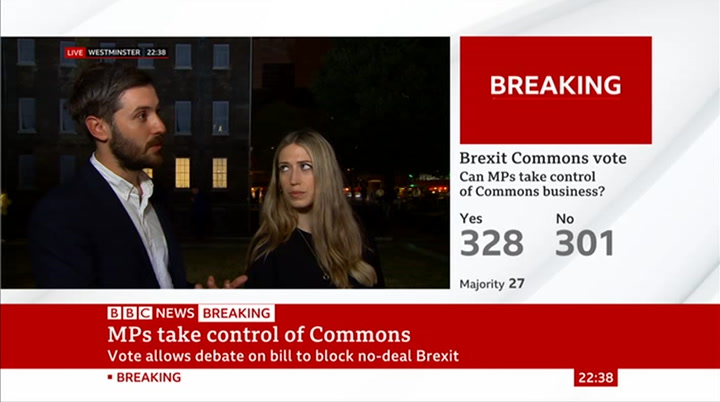 brexit because we have this peculiar experience in 2017 where everything was about brexit. then the campaign began and it barely got mentioned. there was dementia tax and both parties sort of fights on their visions being on brexit and it would seem very visions being on brexit and it would seem very weird if that happened now with all that has happened and he could still happen. there is the element at the brexit party and the whole equation and in the next five weeks as it boiled down to effectively a de facto referendum again on brexit? and do people get a straight choice between a true blue brexit if you will and a labour remain position? i think that is an interesting way and positing an it and what the tories were trying to deal was present themselves as the brexit party and appeal so many votes away from the brexit prydie as ican and votes away from the brexit prydie as i can and the labour issue is votes
10:40 pm 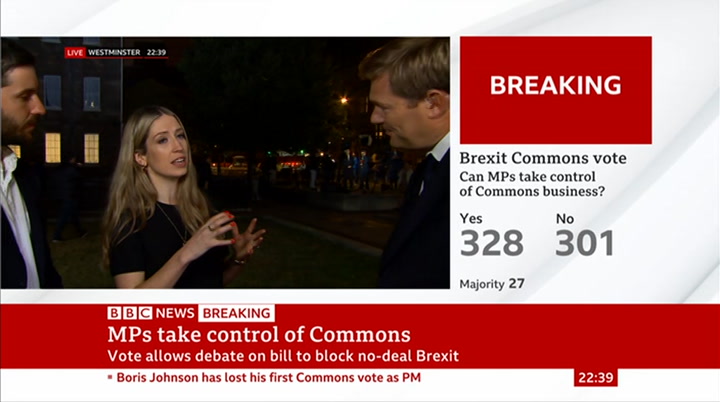 being eaten up by the liberal democrat. of the conservatives i think are better at sending out a electoral story than labour are at the moment and they are slightly split, getting the opportunity of tories to come to the middle if they are able to manoeuvre the rest of the brexit vote. so much to discuss in the weeks ahead, thank you so much for accompanying me this evening and much to look forward to this coming tomorrow, and a cabinet meeting in the morning and at 3pm they will put forward their motion to prevent no deal. we will get more reaction i am sure tomorrow i'm boris johnson's reaction i am sure tomorrow i'm borisjohnson's proposalfor reaction i am sure tomorrow i'm borisjohnson's proposal for that general election and at the moment it does not seem that the opposition parties are going to fall for the debate but there will be lots of comment from opposition benches which we will want to hear tomorrow. so from here in westminster for the moment, in westminsterfor the moment, i will hand it back to the studio. thank you very much indeed. if you are watching a few minutes ago you
10:41 pm