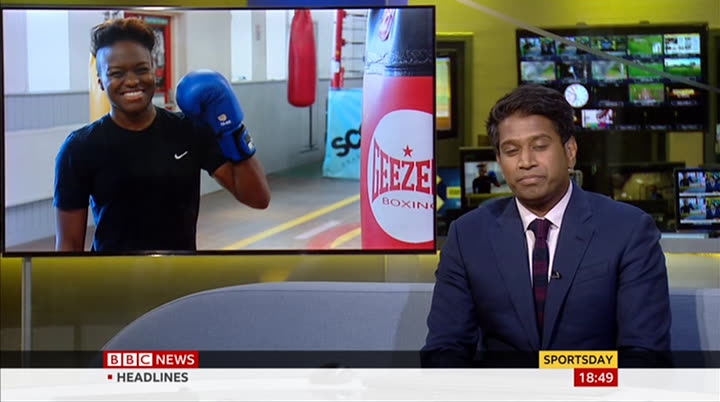 mandatory challenger. it all means when she next fights, in 3 weeks' time, it'll be her first defence of the belt. it was a strange moment, really. i wa nted it was a strange moment, really. i wanted to fight for the title and been a champion, arnett the right way. but it was not meant to be. even though i am ready habit, i want to buy bread. i am looking for it to doing that. dash might even though i already have it, i want to bite for it. it is been a bit stop start, boxing and then not boxing and boxing and then not boxing and boxing again. hopefully i can keep on going, unify before christmas and then go on from there and collect somewhat titles. at london 22 olympic she became the first woman
6:51 pm 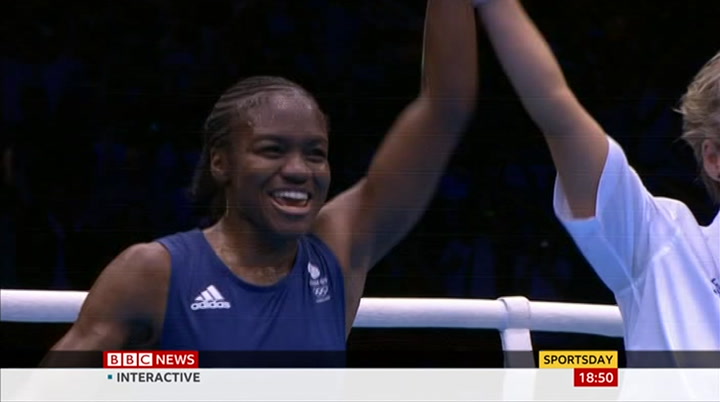 to when a boxing gold—medal. four yea rs later to when a boxing gold—medal. four years later she became the first to defend it. could she return to the amateur ranks and cover a third gold in tokyo next year? it has crossed my mind quite a bit recently. ijust have to think about it, see what my coaches say, see what the team say. and then go from there, really. she has hinted at may be going back to the olympics. nicola has always gone to the beat of her own drum, so to speak. she is double and a big champion, but i think, you know, if she did that i think it is a step backwards. third gold medal, it does sound really nice. there is a really good place on the mantelpiece that it could fetch right into. could be some interesting conversations.” think when she sits down and thinks about achievable as she does not need to do that. sit down and have a
6:52 pm 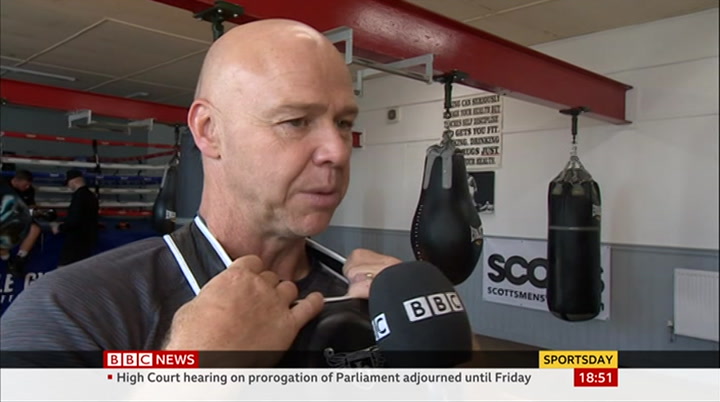 conversation and she will realise you are right? maybe so. before that conversation she needs to beat her next opponent at the end of the month. once i have won best fight, i will felt like a true world championship. that's all from sportsday. we'll have more throughout the evening. more now on our top story. the prime minister borisjohnson has again ruled out asking the eu for an extention to the brexit deadline, saying he would rather be ‘dead in a ditch‘. he was speaking to police cadets in yorkshire and said he would do
6:53 pm 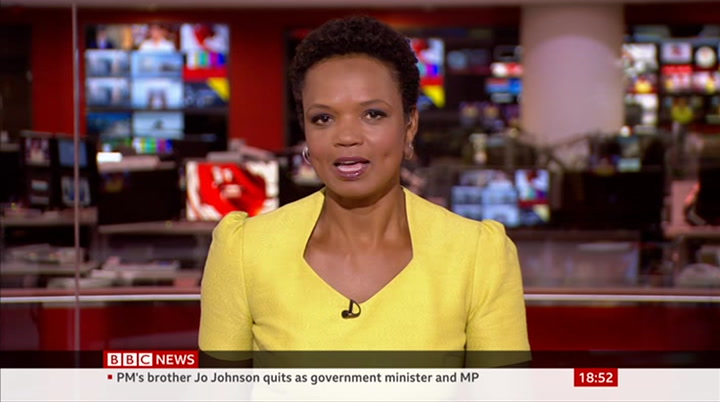 everything he possibly could to make sure that the uk left the eu on october the 31st. the european union has said no conrete proposals have been offered by mrjohnson. let's speak now to klara dobrev, the vice president of the european parliament who joins us from budapest in hungary. thank you for speaking to us. no concrete proposals that the european union are aware of. but negotiations have actually been taking place? that is one of the big questions that we have been asking here in the uk. well, they must important thing is that if you think in the past three years, then dozens if not hundreds of public servants in great britain and the european parliament and commission and member states does mikei and commission and member states does mike i cannot imagine that this can happen that somebody has a
6:54 pm 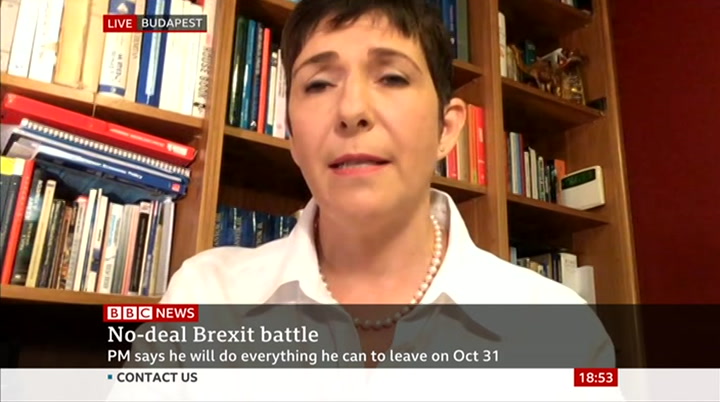 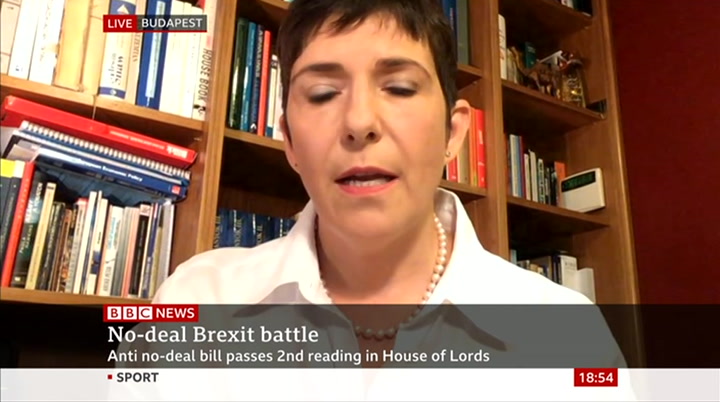 definitely the council will vote for an extension. nobody wants a disaster and i had the feeling that no—deal brexit is a disaster. in the space for great britain and its people, and any second place it is not good for the union either. we have had lots of talk about trust here. he had been watching what is going on in westminster, what levels of trust you have in borisjohnson? well, i tried to be very polite. quite curious and open and willing to hear any constructive and good solution. until now, we did not have any. but again, it has to be your decision. i have my own opinion. i really think that a strong britain can be only and a strong european
6:56 pm 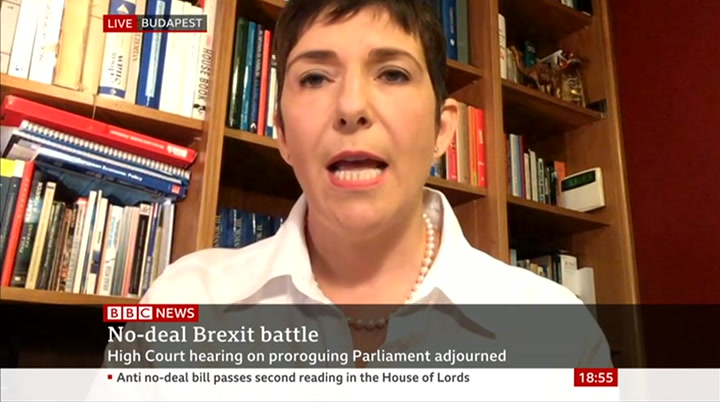 union. ims john believer can be only and a strong european union. imsjohn believer in the european union. but that has to be your decision. —— i am a strong believer. but there has to be a compromise, as well. you have to have an agreement and we have reached already. now the same disagreement that it is not good and not saying anything else, well, it makes things a little bit more difficult. i know there was a meeting today with, or rather a briefing with david frost with the eu officials. very quickly, the summit is coming up on the 17th, which brussels prefer to havejeremy corbyn heading to that?” which brussels prefer to havejeremy corbyn heading to that? i do not think that the european union, the council, the parliament or whoever which have any preferences. about the payments are of great britain. it is clearly a decision of the voters of great britain and whoever the boaters trust the european
6:57 pm 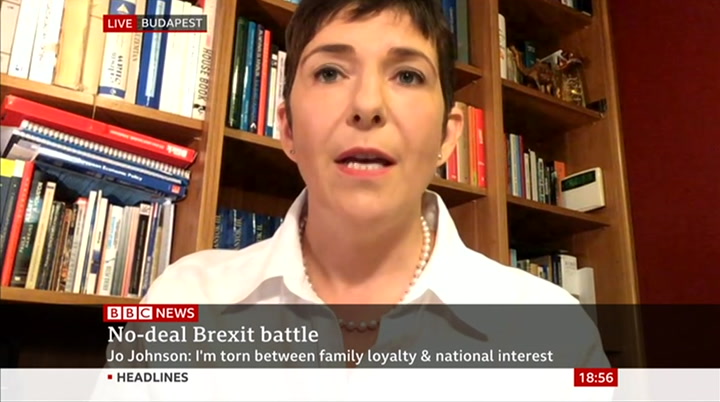 commission and union and parliament and all of its bodies are going to have to talk and discuss and find a solution with the very person who you are going to vote. a briefing was given today by david frost, he is the prime minister was my convoy to the eu. ap points are brought up, primarily stripping back the island protocol in terms of the future relationship, having this idea of best in class with a future trade agreement, there is similar to the one in canada and also a dispute resolution to be removed and any reference, future reference to the back stop to be removed, as well. what did you make of those requests from david frost? well, but i make is that i think these are not proposals which are going to bring us proposals which are going to bring us much closer to the solution, if i
6:58 pm 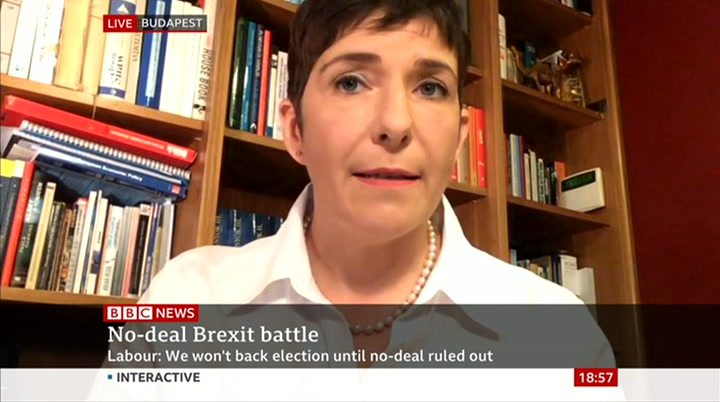 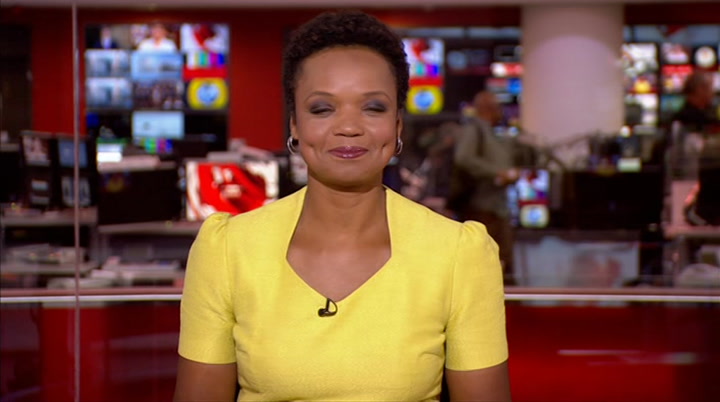 your time. they went to be picking up again overnight, especially near all in scotla nd overnight, especially near all in scotland and northern ireland. that rain working as a way into northern and with wales as the night goes on. she disaster dry, increasing amounts of cloud and they went picking up it will not be as cold as it was last night. night rain band was in of from southern scotland, northern ireland in the morning and head southwards across england and wales. she went to the midlands, at base of rain especially by the afternoon across other parts of england. behind the rain band there is some sunny spells and showers, they could be quite heavy in scotland. they northern of uk the temperatures will be this to today. a touch cooler in the winter rain in the south. that better weather should make three enter many places of the weekend it will be driver some sunshine. they
7:00 pm 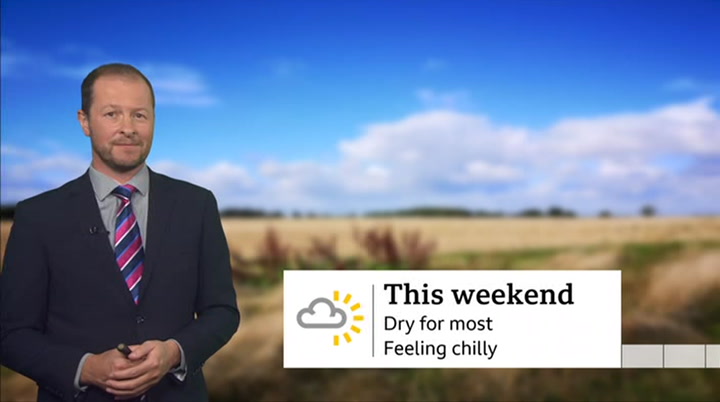 went is easing down, but it will still be quite chilly. accent in the whole of the uk. is that the accent? i think it is. do you have a greeting? yeah, hello. and i think if people really think that this country should stay in the eu beyond october 31, then that really should be a matter for the people of this country to decide, because at the moment what parliament is voting for, or what parliament is voting for, or what parliament voted for yesterday, was a system by which the eu itself would decide how much longer we had to remain in. and i, for the life of me, cannot think that borisjohnson says that if there's going to be a brexit extention, jeremy corbyn will have have to request it — not him. i'd rather be dead in a ditch. the prime minister loses his own brother from his government — jojohnson says he's stepping down, torn between family loyalty and national interest. also on the programme: a paradise turned to ruin. hurricane dorian ripped a path of destruction through the bahamas. we're in some of the worst hit areas.
left
right
disc Borrow a DVD of this show DVD
tv