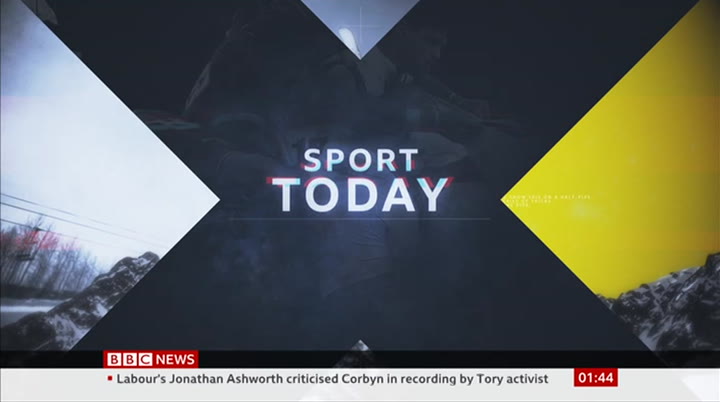 hello. you're live at the bbc sport centre with me ben croucher. this is sport today and these are your headlines. ancelotti axed. napoli sack their manager despite qualifying for the champions league last 16. it was a dramatic night in europe. liverpool made it out of their group but some big names did not. and after a 10 years absence, we're nowjust three hours from test cricket's return to pakistan. we'll tell you who will lead the all blacks later in the programme too but first to napoli and carlo ancelotti sacked just three hours after leading his side into the champions league last 16. their 4—0 win over genk apparently little comfort for the napoli board who have taken a dim view on their previous form that saw them go nine games without a win in all competitions before
1:46 am 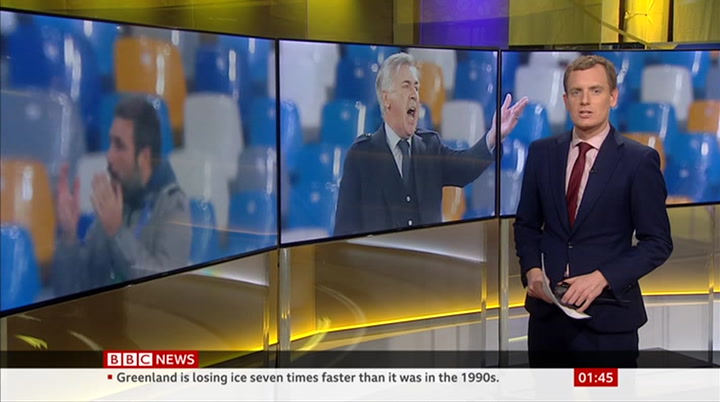 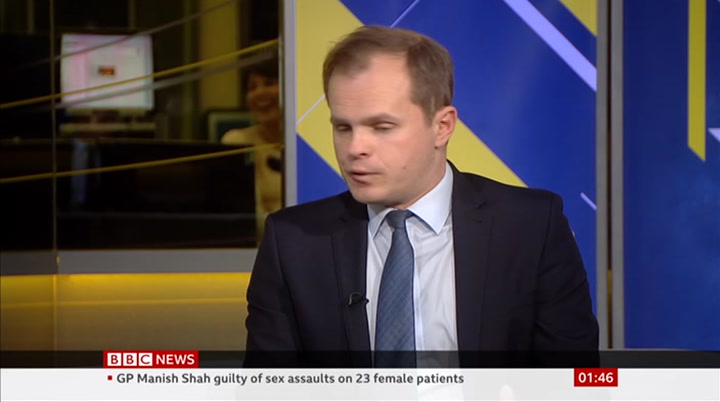 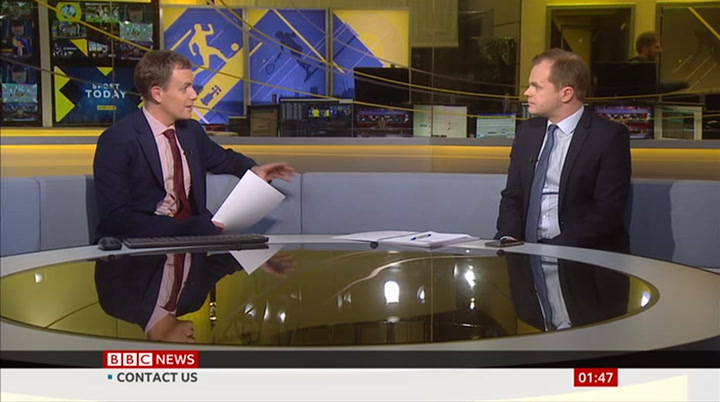 league, liverpool needed result in austria and they got it. it was and to and game. salzburg knitted a win and they attacked and in the second half they played into liverpool's benefit. salah's goal was amazing. they have had struggles but it was similar last season and they are now massive contenders. confirmation of the group. you can plop relieved and delighted by salah's goal. he played really well but did not score in situations where we would expect him to school and staying on track and
1:49 am 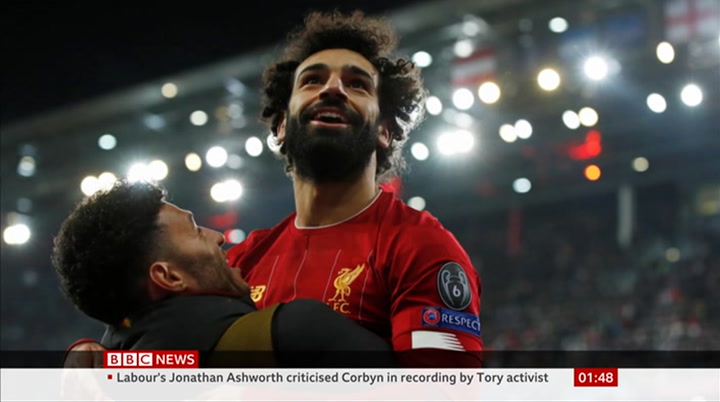 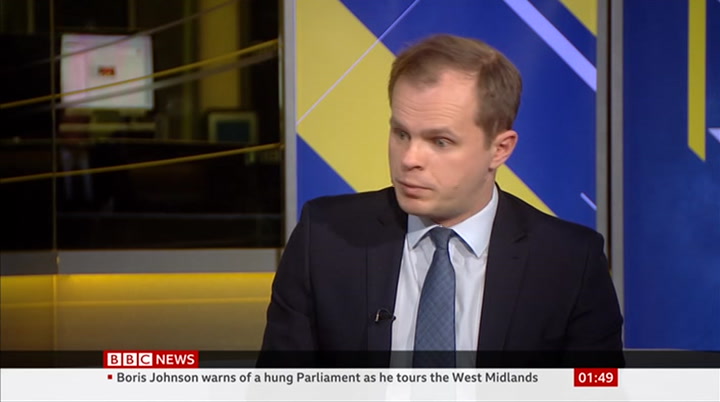 europe, ajax also out. valencia ended up topping this group. chelsea also going through. it was rodrigo who scored the only goal in the first part. ajax had plenty of ball. valencia had a player sent out. ajax out, chelsea going through. cesar azpilicueta on the score sheet. the drummer here, between leon but horrible scenes between the fans and players. across the days with some of their leon fans. a wonderful comeback and entered the last 16. excitement is building in rawalpindi on wednesday morning.
1:51 am 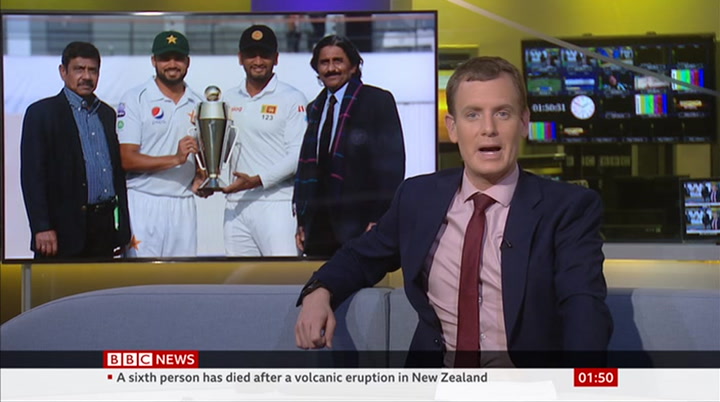 we are under three hours away from the return of test cricket to pakistan. 10 years on from a gun attack on the sri lanka team bus that left eight people dead, the two teams will meetjust outside islamabad on an occasion that will be a celebration for a whole nation. rob heath has more. sri lanka's players are back in pakistan to play test cricket for the first time in ten years. the last time sri lanka played a series here, it ended in terror. the coach was attacked by gunmen. six pakistan a policeman, and two civilians were killed. miraculously, the coach and the players made it to the ground in lahore. the team were evacuated from the stadium, the series was cancelled. now, in rawalpindi, the sport that means so much to so many pakistanis is back.
1:52 am 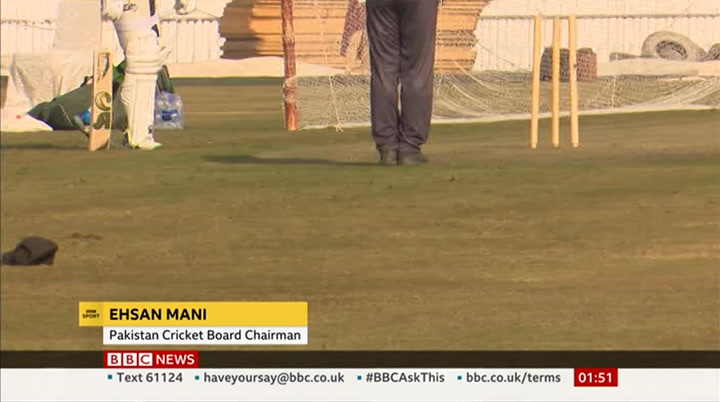 the concerns that people had about pakistan were, certainly for the last year or two, were not what the ground reality is. we have always had very, very good relationships with the sri lankan cricket board and the very fact that they came and they played t20 matches and the odis, was a very strong signal. the wait for test cricket has been long, the anticipation is tangible. i have come back to pakistan after maybe five or six years, and it is quite extraordinary because the last time i walked into pakistan, to a cricket stadium, it was the national stadium in karachi, and there was nobody there. there were two people and their dogs there. there is a guy over there and there's a guy over there. there are people training, there is an atmosphere of something really special that's about to happen here. on the field though, pakistan are at a low ebb. they have just returned from a chastening tour of australia which saw them thrashed in both tests. the players know they must improve, not least to inspire the next crop of stars. this is a chance for our young generation to finally watch their heroes in action.
1:53 am 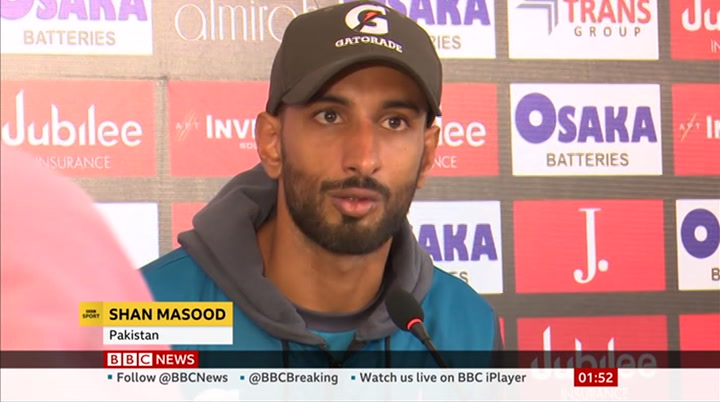 and actually it was unfortunate that people like younis and who have been legends in our cricket, could not play in their home grounds at the peak of their careers. new revamped stadium in rawalpindi, the names of former pakistan legends adorn the stands. the history of pakistan cricket has never really been straightforward but, amid the highs and lows, there has always been an insatiable love for the sport and frequently outrageous talents to match. hopefully now that can be showcased without the unwelcome threat from beyond the boundary. american presidents cup captain tiger woods says patrick reed will be fine at this week's tournament against a rest of the world team in melbourne. reed has been accused of cheating after being penalised at the world challenge in the bahamas last week for an infringement in a bunker. reed insist his actions were not deliberate.
1:54 am 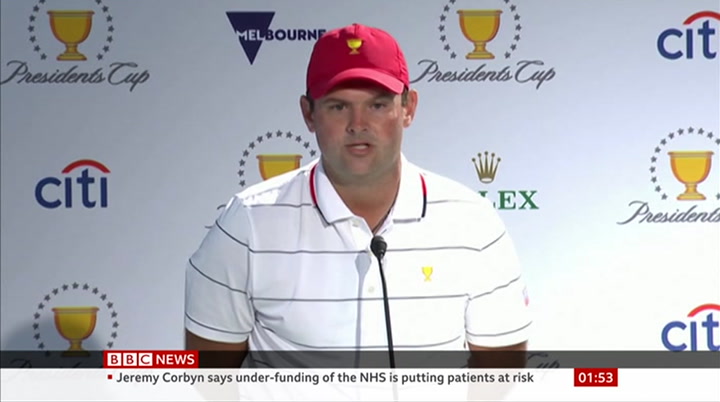 at the end of the day, whenever you are out there, if you do something unintentionally that breaks the rule, it is not cheating but at the end of the day it is what it is. i was not intentionally trying to improve line because if i was, it would have been a pretty good line because i was really close. one head coach on his way out, another starts work on wednesday. ian foster has been named as steven hansen's successor to lead new zealand's rugby union team. foster was hansen's assistant for eight years, including during their successful 2015 world cup campaign. foster said, "i feel truly privileged and honoured to be given this opportunity." a quick f1 line before we go, where they'll be sticking with the same tyres for next season. team unanimously voted against changing them after pirelli's new rubber didn't impress them at a post—season test in abu dhabi. the italian company hoped to improve racing with their new construction but they'll stay with
1:55 am 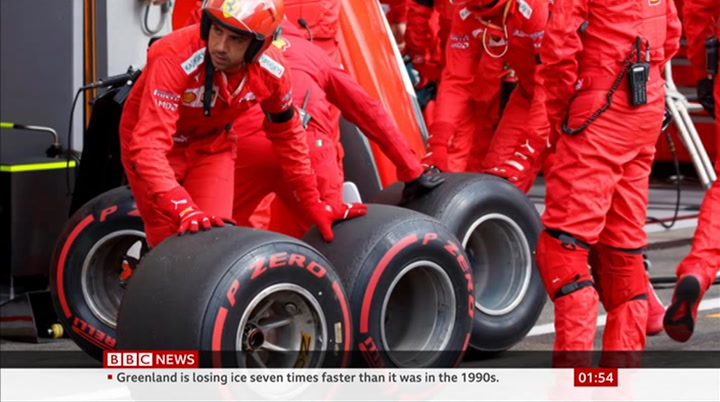 the 2019 design instead. you can get all the latest sports news at our website, that's bbc.com/sport. but from me and the rest of the sport today team, goodbye. hello there. yesterday we had strong squally gusts of wind. the top gust in the north—west of wales where we had 78 miles per hour. quite widely across northern england, scotland and wales with gusts well into the 60s. disruption out and about as well.
1:56 am 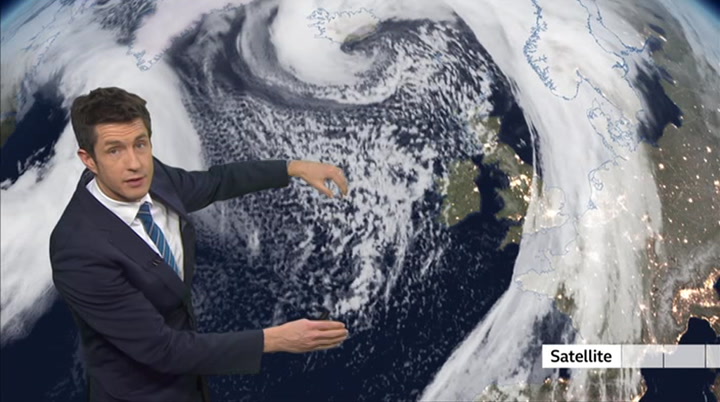 the squally band of rain is now focusing on showers. this line of showers out to the west of ireland. this is a trough which is important for our weather. it will feel quite a lot colder for wednesday. if you're heading outside over the next few hours, showers continuing for northern ireland and scotland. wintry, snow over the high ground in scotland. otherwise temperatures just above freezing. probably not frosty but feeling cold when you factor in the breeze at the start of the day. the scotland and northern ireland, they will continue to see showers. some heavy with hail and thunder. snow over the high hills in scotland as well. the midlands and eastern england, dry with some sunshine but showers through the morning developing across wales and western england pushing eastwards through the day. this is our trough and because it is quite an organised area of showers, it means most areas will see some downpours
1:57 am 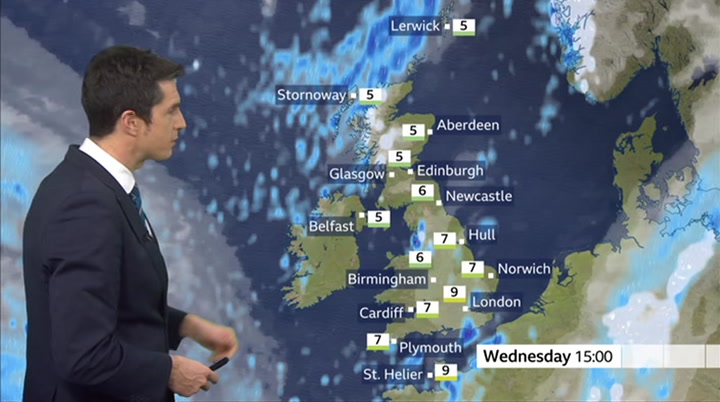 during the day. temperatures between five and nine celsius. heading through the night time, showers continue to fit in across the north and west. otherwise the winds for light across eastern areas. temperatures dropping. milder and working into the south—west later into the night and that means frost limited to north—eastern parts of the uk. thursday, a chilly start to the day but a bright start across eastern areas. this band of rain bumping into cold air bringing snow across the high ground of northern england before the weather turns milder. 10—11 degrees eventually for the south—west but cold for scotland and the far north of england with wintry showers. through friday and into the weekend, we continue our brisk flow of north north—westerly winds, low pressure never too far
1:58 am 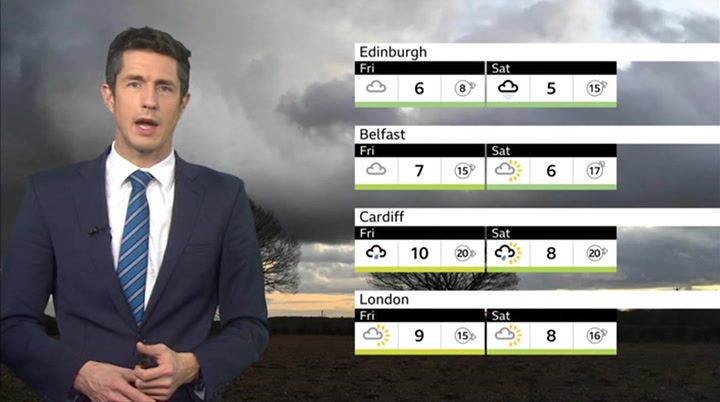 away. temperatures below normal for the time of year across the north of uk. close to normal further south, england and wales. that's your weather.
1:59 am 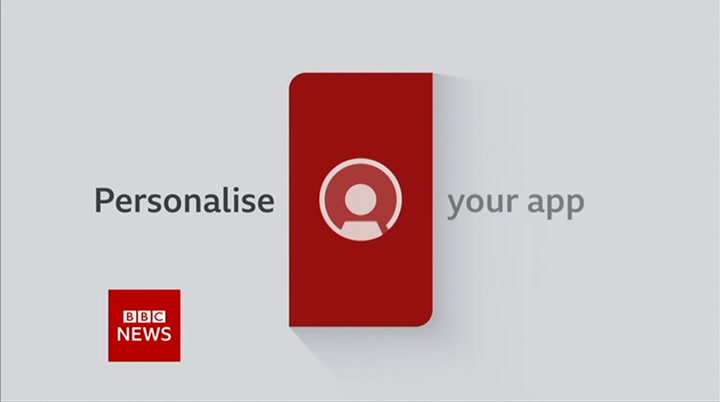 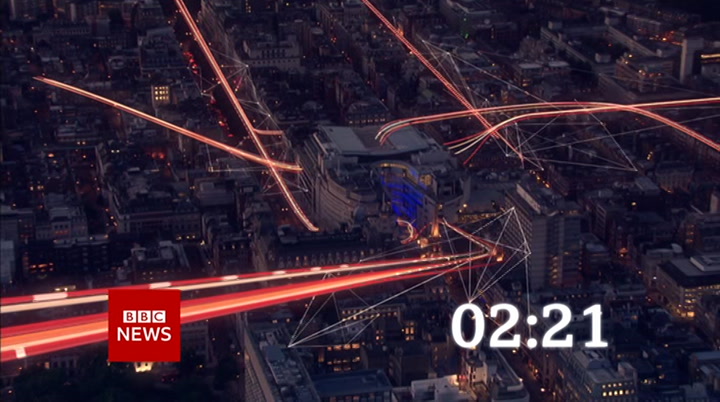 welcome to bbc news. i'm mike embley. our top stories: formal impeachment charges for president trump are unveiled. a vote is expected next week. to do nothing would make ourselves complicit in the president's abuse of his high office and public trust in our national security. as aung san suu kyi appears at the international court ofjustice, the us imposes sanctions on her senior military leaders. further eruptions keep recovery teams away from the volcanic island in new zealand where eight more people are feared dead. and new evidence says climate change is causing greenland's ice sheet to melt seven times faster than 20 years ago.
left
right
Borrow Program
tv