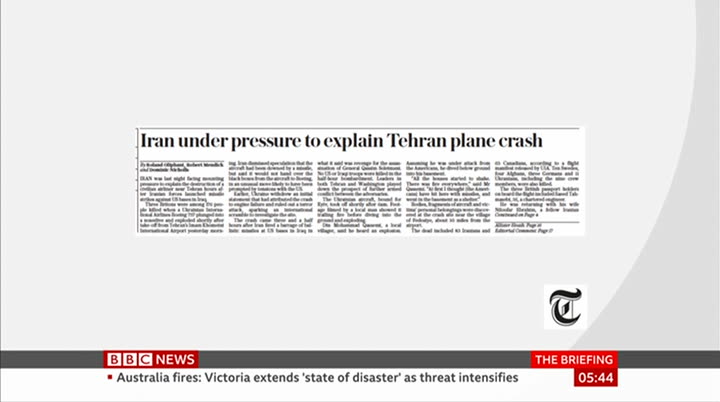 meanwhile the telegraph says iran is facing mounting pressure to explain the destruction of a civilian airliner near tehran hours after iranian forces launched missile strikes against us bases in iraq. iran's aviation authority has said it will not hand over flight recorders from the ukraine international airlines boeing 737—800 either to the aircraft's manufacturer or us aviation authorities. the times leads with the duke and duchess of sussex who the paper says haveopened a rift in the royal family after announcing they were stepping down as senior members, without consulting either the queen or prince of wales. and in the times business section, pictures of carlos ghosn gesturing during his one—hour press conference in beirut. the former renault—nissan chief vowed to clear his name and explained his reasons for fleeing from his upcoming trial injapan where he was accused
5:46 am 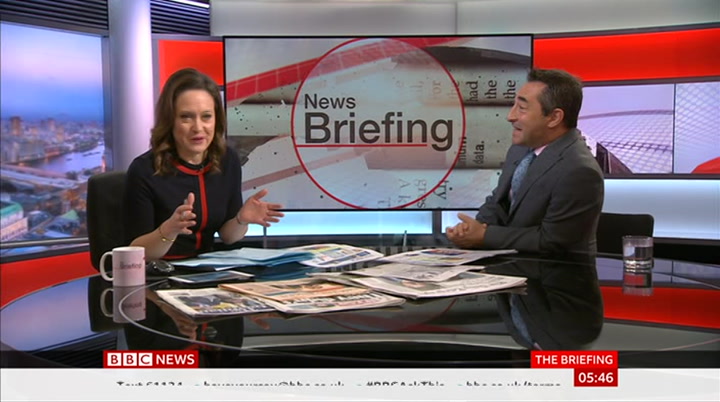 of financial misconduct. and finally in the independent, employees at greggs will receive bonuses of £300 each after the launch of vegan sausage rolls helped boost the uk bakery chain's sales. the company will pay out a £7 million windfall to 25,000 staff at the end of this month after a "phenomenal year" thatincluded the highly publicised launch of the new plant—based snack. so let's begin withjonathan charles who's managing director of communications, european bank for reconstruction and development. let's start with golf news. what really staggered me about this, it was almost a choreography, it was like a ballet, and someone told me a few days ago that what was going on, there were a lot back channel
5:47 am 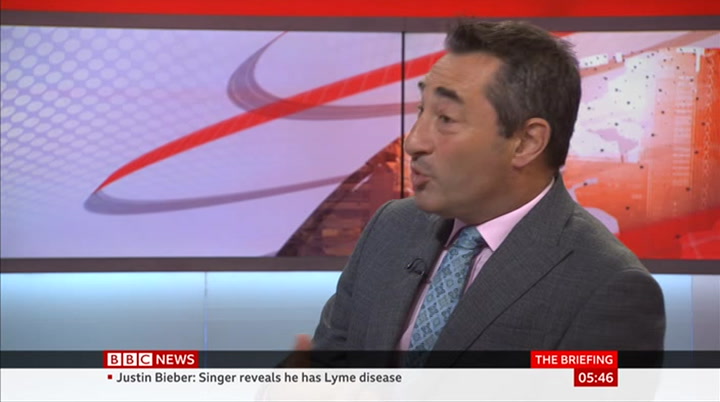 conversations taking place below the radar between the united states and iraq saying that if you are proportionate in your response then we will not have back, and that is exactly what happened. you had iran firing these ballistic missiles but not really intending to do massive damage. the us then saying no americans were harmed, the iranians saying publicly that is concluded, the americans saying it looks like iran are stepping back, there was a beautiful choreography about it. both sides determined to make sure that this did not escalate further. what is going to happen next?” think these tensions will remain stopping no escalation but clearly this is a long—term problem, you've got the iranians intent on reanimating their nuclear programme, breaking away from the agreements, you have got the us saying that they wa nt you have got the us saying that they want the europeans to be tougher with ironbank. this remains a
5:48 am 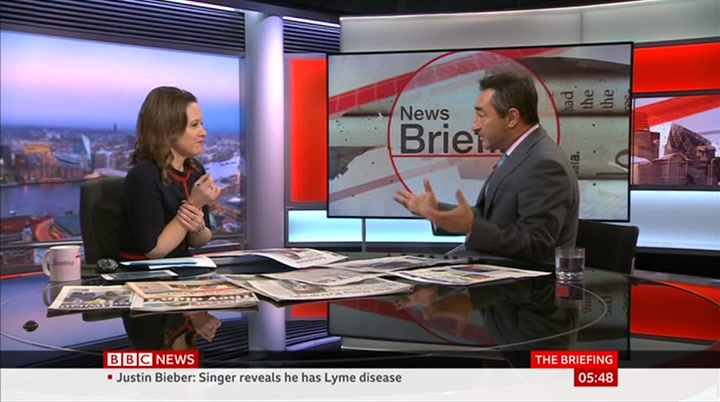 have taken pictures and experts who have looked at those pictures, has the been a position where an engine has exploded on takeoff? so that is the speculation at the moment that is going around, rather than it being hit by some veresdale. you've got the iranians saying we are being sanctioned by the united states so you are certainly not going to get the black box to boeing or the us authorities. and boeing, the manufacturer of this aircraft is an industrial powerhouse within the us, very important to the us economy and it is already under extreme pressure with its 737 max crisis. and this was the plane that preceded the 737 max. it has had a very good safety record but we saw even yesterday amongst the speculation, boeing shares down as a result of this speculation. with a new ceo coming
5:50 am 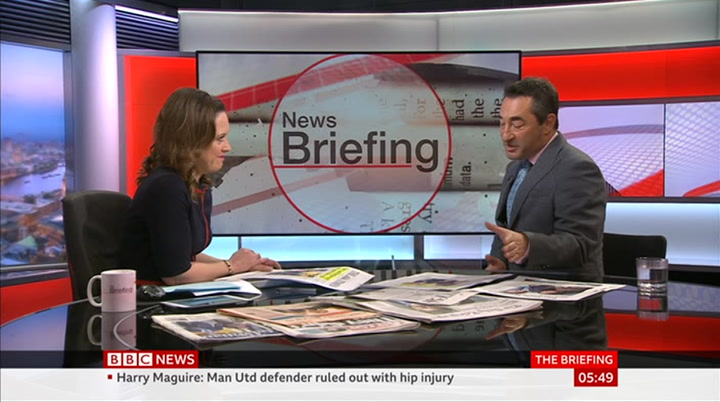 in. the ukrainians may be given access to the black box within tehran and we will see what they managed to glean from that, but i think now from the early days of chelation, now people are focusing on perhaps some technical issue. our next headline. did you see this one coming?! i think we saw the ever—growing split but the nature of the announcement that it wasn't even co—ordinated with buckingham palace, you've got harry and meghan saying that we are going our own way and then that amazing statement 90 minutes later as the palace tried to recover themselves, saying that actually these are early days, in other words no talks whatsoever but more importantly, the off the record briefing from buckingham palace that there was disappointment. and this is something they don't ever say! you might read it in theirfacial expressions. 's appointment is the equivalent of someone swearing immensely, you never hear that sort of words. i have been on many royal tours with a palace really
5:51 am 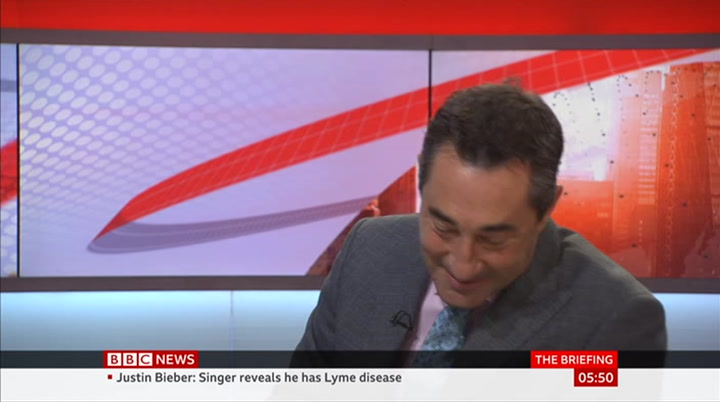 controlled media and what they say, so controlled media and what they say, so incredibly tightly, and to allow this sort of emotion to go out there. one of the thought they had about this, obviously there are so many things to say and everybody is chatting about this intent please in various different quarters as this was the thing stopping the media is very tightly controlled by the palace and if they come out of that sort of umbrella, are they going to receive more scrutiny? will it be worse for them? people are going to continue scrutinising them and if they are regarded as not protected in some royal bubble then i think will continue. especially the intriguing things, they say they wa nt to intriguing things, they say they want to earn their own money, how are they going to do that? the more they put themselves up there for that, the more they are going to be scrutinised as well because they are going to have to appear in public to earn their own money, they are going to have to do things and people will feel that they are fair game. they may spend more time in canada where they feel more protected against the
5:52 am 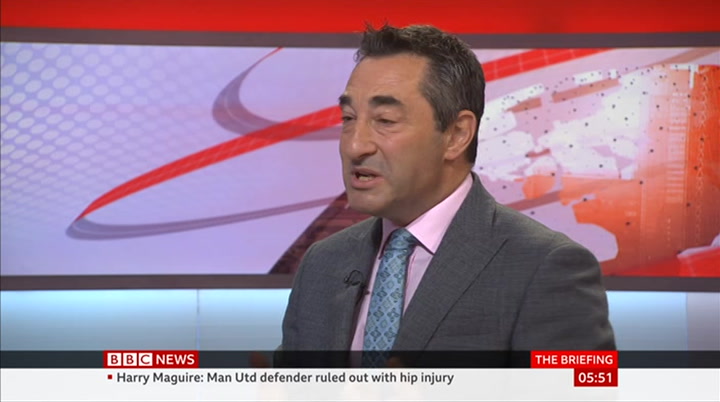 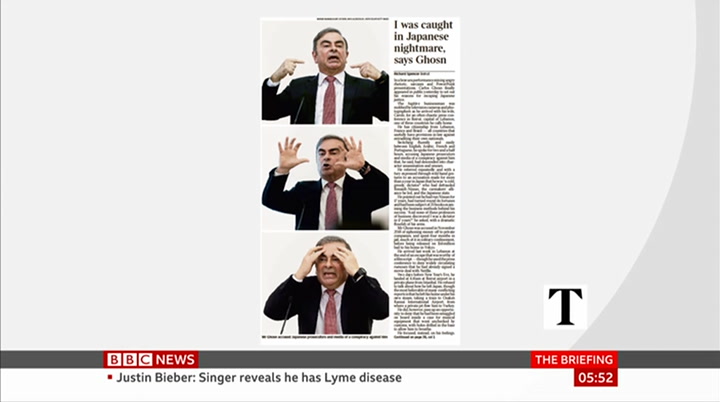 to happen? i suspected is never going to happen, he will remain cocooned in beirut trying to avoid any extradition. have you tried a vegan sausage roll at greggs?” haven't! but i'd truly admire their pr skills, because they have run with the story of the greggs sausage roll, they made more profit, they are sharing it with their staff which is a very interesting modern phenomenon of companies wanting to share more with their staff. and at the beginning of vaganuary, they launched the pla nt—based the beginning of vaganuary, they launched the plant—based sausage. so many others are doing this and yet they are hogging the headlines! they have spotted that people do want plant—based have spotted that people do want pla nt—based alternatives but have spotted that people do want plant—based alternatives but i think it is great that they are sharing their benefits with their staff. and thank you to all of your comments, we will see you soon.
5:55 am 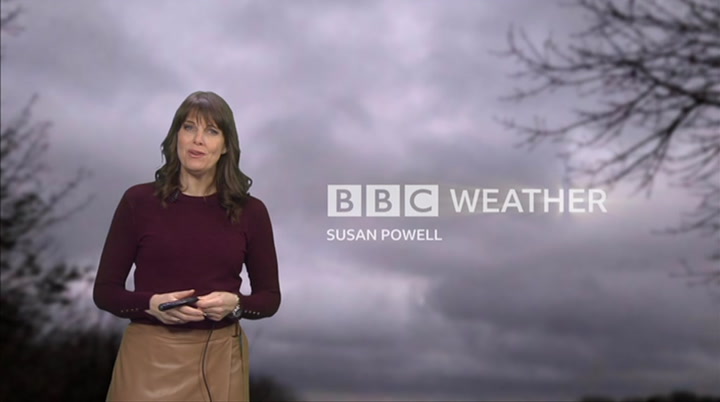 hello. weatherwise, it's pretty much a case of you name it and we've got it coming our way in the next few days. we've got a chilly start to thursday to the far north of the uk with a patchy frost and some fog. further south, it's unseasonably mild. this area of low pressure will bring wet and windy weather to a central swathe of the uk early on in the day. later on, the south—west gets targeted by another low, heavy rain, thundery and a risk of gales. here is the rush hour across northern england and southern scotland, snow for the higher routes of the pennines, some heavy rain and some squally winds. all of that pulling out into the north sea as the morning wears on. quite a cutting north—easterly wind, though, following on behind, so chilly for those north sea coasts. by the afternoon, our next low coming in to the south—west, that's set to produce some heavy rain. strong winds, particularly, for the isles of scilly and for the channel islands, 12 degrees in plymouth, and contrast that to just 3 in aberdeen. through thursday evening and overnight into friday,
5:56 am 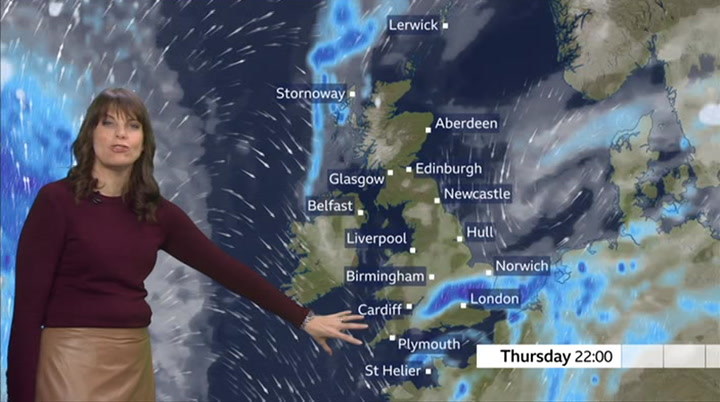 some very heavy rain tracks across southern england as this low heads off into the continent, and then, by friday morning, the pressure is building. the winds fall light, the skies clear and it will start to turn pretty chilly. perhaps an exception being the far south—east where the cloud will only clear towards the end of the night, so not so much cooling here, but quite widely a frost first thing on friday. a lot of dry weather to get the day under way. light winds and sunshine but cloud gathering towards the north—west through the afternoon, the wind picking up and the rain starting to approach. but friday's temperatures, notice just 6 or 7 degrees, a much cooler story overall. but overnight friday into saturday, we start to pick up a strong south—westerly air stream, strengthening south—westerly winds and very mild air floods into the uk for saturday. that's important because warmer air holds more moisture and that's going to make this front all the more potent to the north of the uk, bringing heavy rain before it clears through during the
5:57 am 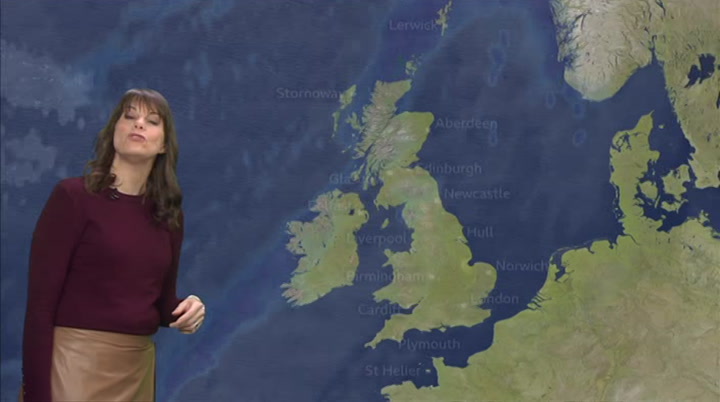 second half of the weekend. so, here is saturday, a very wet day for parts of scotland, northern ireland and northern england. 100mm of rain possible in some spots with i think localised flooding before that system clears away. warnings have been issued for the rain, also for the wind, quite widespread gales at least until the middle part of saturday. by sunday, the front away into the continent, the skies are looking clearer, the wind is lighter, but we've moved back into cooler air, so we're down into single figures with some wintry flurries in the north—west.
5:58 am 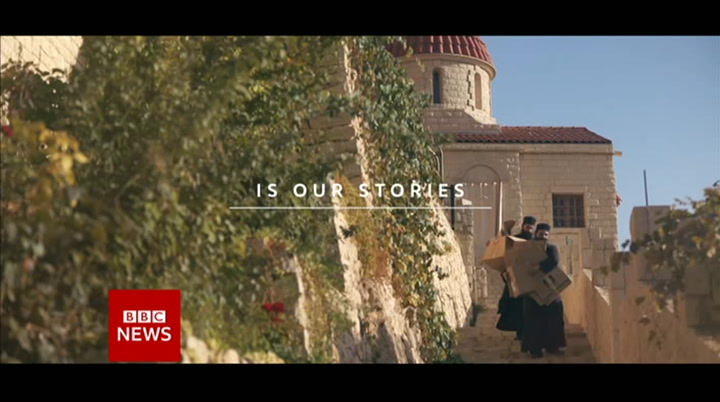 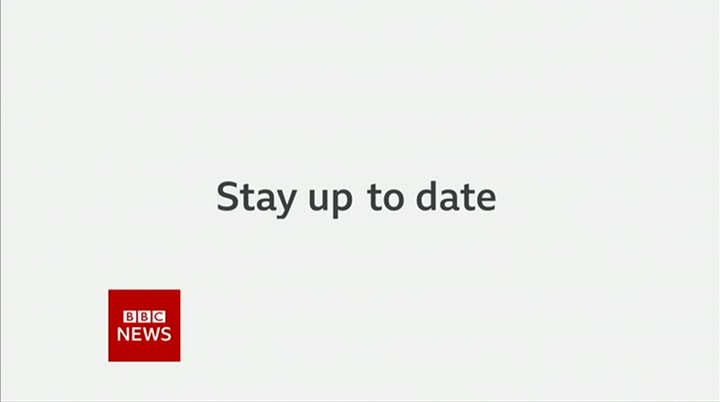 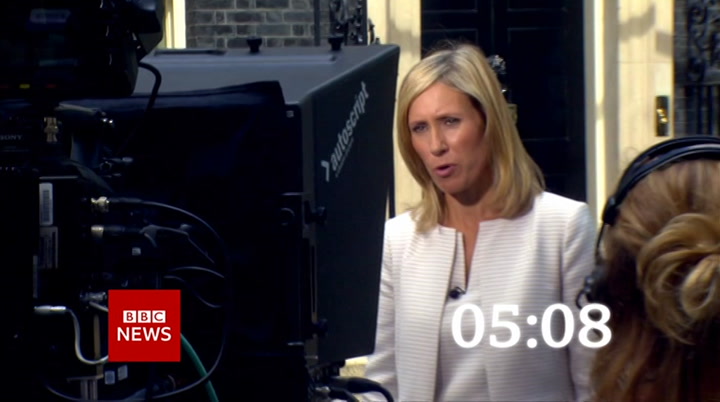 good morning. welcome to breakfast, with naga munchetty and charlie stayt. 0ur headlines today: disappointment at the palace after the duke and duchess of sussex tell the world they're stepping back from royal duties — without consulting the queen. prince harry and meghan say they'll split their time between the uk and north america, and work to become financially independent. demands for whirlpool to offer refunds as the recall of hundreds of thousands of faulty washing machines gets under way. it was the worst year on record for british retail. christmas high street sales end the poorest 12 months everfor the uk's shops. we'll also get the latest results from tesco and m&s.
left
right
Borrow Program
tv