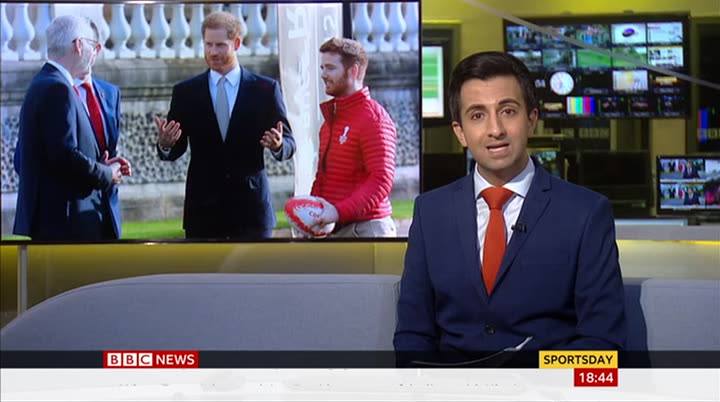 appearance since announcing that he was stepping away from senior royal duties. our reporter austin halewood was following the draw for us — and it's fair to say there was more press attention on this draw than there might have been? absolutely. the organisers probably won't be able to believe that look right now. the eyes were very much on the draw this afternoon. more than they could have imagined. this woke upa than they could have imagined. this woke up a set to be one of the most diverse and sporting history. for the very first time the men's women and will run alongside one another with equal pay for the winners and all three in the parity and training facilities and accommodation as well. we know the draw took place at buckingham palace this afternoon and the men's draw went first. let's concentrate on group a.
6:46 pm 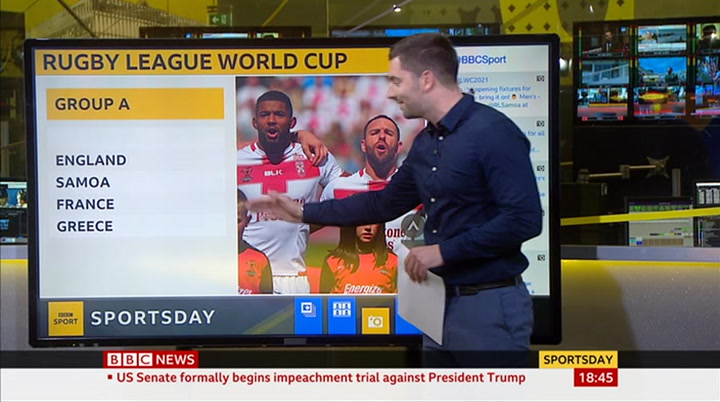 hosts england, who were beaten finalists last time out, were drawn in group a with newboys greece, france and then samoa who they'll face in the first game in newcastle at st james‘s park. now winger tommy makinson should be part of that squad and he told me that a day like todayjust shows how far the sport has come... a far the sport has come... day and a whole it's beer surreal. a day and a whole it's been a bit surreal. if he asked me if years ago will we will be watching a live broadcast from the buckingham palace, it is been a mental. really enjoyed it and i think the draw is really good. a great group for england. so many tough teams in there but that is what we need. hopefully we can win this one. so that was group a, now for a look at the men's draw infull... reigning champions australia were drawn with scotland, fiji and italy. while the world number one side new zealand were with lebanon, newboys jamaica and ireland. and then a really interesting group d... wales were drawn alongside
6:47 pm 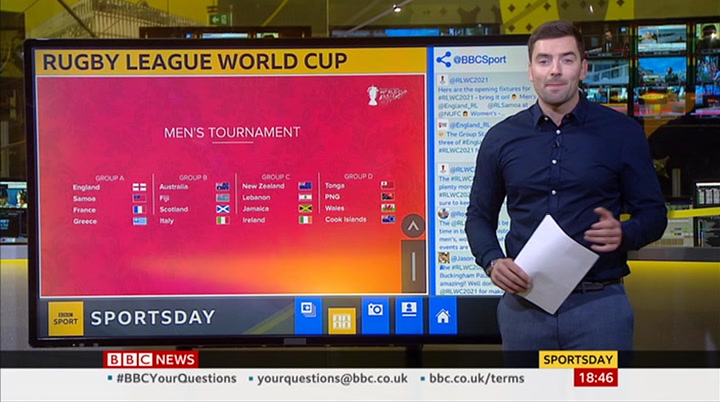 tong, papua new guinea and the cook islands... now wales haven't won a match at a rugby league world cup since they lost in the semis in 2000, but despite the tough group... their head coachjohn kear is confident of their chances... i feel the draw has been favourable to us. we can look in a very positive manner. we can make sure to build towards the world cup. we have some really gifted players available for whales. people like morgan and rick and grace are thrust up and ben. all the heritage and the welsh players. i'm very confident that we will have a more than competitive team. well, matches will be held across the country with the likes of anfield, st james‘s park and arsenal's emirates stadium will all host games. before the men's and women's finals at old trafford. so that was the men's draw... what were some of the standout ties in the women's and wheelchair tournaments? well starting with the women's draw... in football terms this
6:48 pm 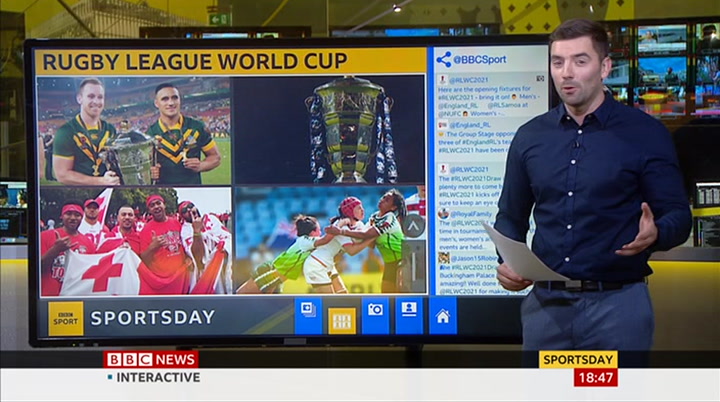 tie would be huge. not as much in rugby league but england will start off against brazil of all teams. they've also been drawn with papua new guinea and canada. while holders australia are in the other group with new zealand, france and the cook islands. and england captain emily rudge says running the competition alongside the men's and wheelchair events will be huge for the sport. this will be the first time that it will cup has lined up all three competitions. i think that is an amazing. —— the world cup. it is amazing. —— the world cup. it is amazing for women in the wheelchair to be put on the same platform as the man. it builds for a really great competition. it is great that we have been treated equally throughout the build up and i know it will be exactly the same with the prize money being equalfor the man and the women in wheelchair. and when it comes to wheelchair rugby league, that's a mixed competion with both male and female players. england again kick that one off — this time against australia — at london's copper box arena.
6:49 pm 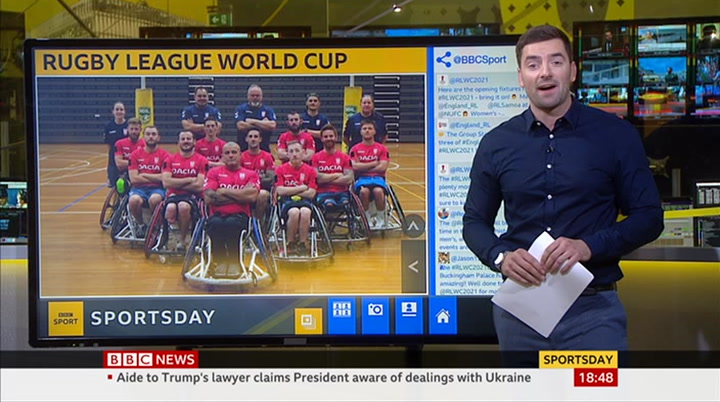 and the final takes place on the same weekend as the others, november next year, at liverpool's m&s bank arena. so all three tournaments running alongside each other for the first time — it really will be one of the most ground—breaking sporting events held in this country. and you will be able to follow it all on the bbc. we look forward to it in 2021. thank you. still to come on sportsday... the new head coach of the england women's cricket team looks ahead to herfirst tournament in charge — in her native australia.... and we follow gb skateboarder sky brown as she takes in the sights of the winter youth olympics in lausanne. the final two races of next season's female—only w series will take place alongside formula 0ne‘s races in the united states and mexico. it's all part of increasing the profile of women's motorsport.
6:50 pm 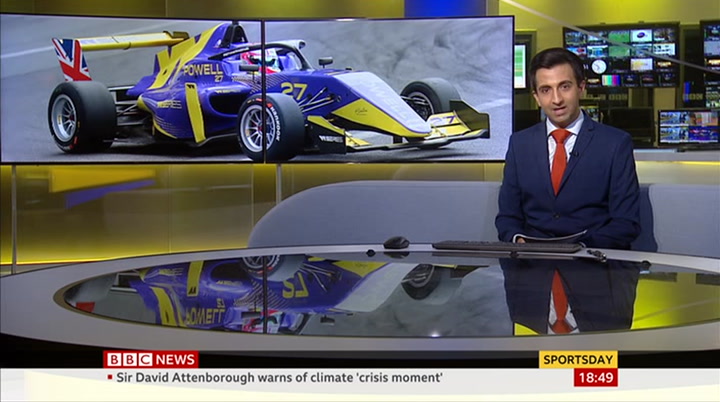 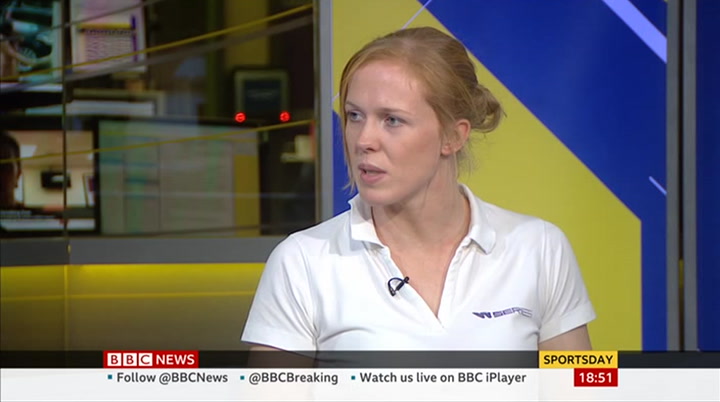 campaign starting unlocked today by the woman sport shirts. a0 different athletes across 2a sports, helping them not just with athletes across 2a sports, helping them notjust with sponsorships, but marketing, activation, media, etc. really going to help us achieve our goal. i would have helped you if you have support like that earlier regarding your career coachella —— how would it have help it really did really a lot different avenues. especially dying into the marketing side of things. maybe promoting myself on some things getting the sponsorships i need to fluffed up —— it would have really helped me in a lot of different avenues. it is just giving females they support that we need to unlock our potential and to unlock at different avenues that we might not know about. the england women's cricket side heads to australia at the end of the month ahead of february t20 world cup. they are hoping that the new head coach will be able to lead them to success. coach will be able to lead them to success. i woman sports reporter has been bent to meet the team.
6:53 pm

where we are. england began to try series campaign on the 31st of january against any they will play them twice in our struggle twice and then onto perth where they will start the t20 world cup against south africa's at the end of february. skateboarder sky brown is set to become team gb‘s youngest ever summer 0lympian this year. she'll be just 12 at the start of the games injuly and to help prepare for tokyo 2020 she's spent the last few days in lausanne where the winter youth olympics are taking place... bbc sport went to meet her. (music). iam (music). i am scott brown. i'm 11 years old. iama i am scott brown. i'm 11 years old. i am a skateboarder. i am here in lausanne to check out the youth 0lympics. i'm super excited. —— i am sky brown. i want to commit to get my gold medal. i like the feeling of it. i want to see what the aeroplane ceremony is. and just made a couple
6:55 pm 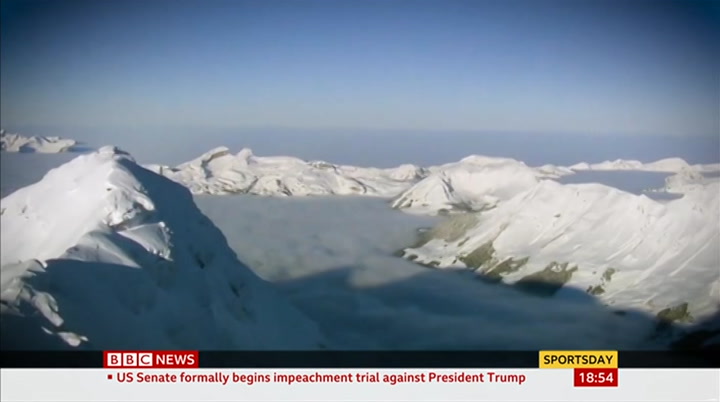 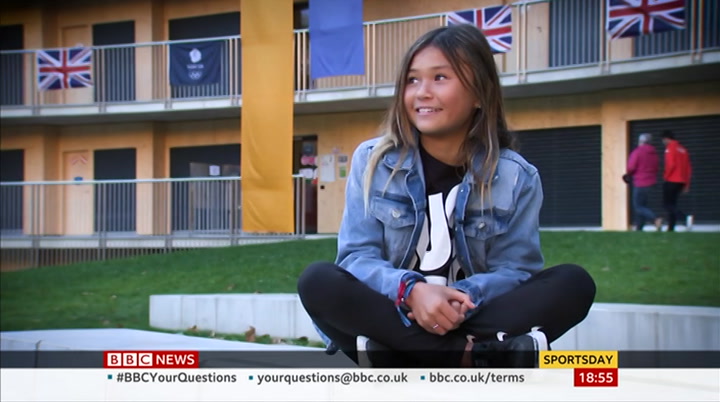 love to compete next season. it is pretty cool. all of these young athletes. they are all amazing. thank you for following my dream. the youth 0lympics happened have been amazing and i can't wait to go to the singer 0lympics. we wish her the best of luck. that's just about all from sportsday this evening. a reminder of our top story: england are 22a—a at close of play on day one of the third test in port elizabeth against south africa. breaking news to bring you. man united have a great at one million feet with inter milan for defender ashley young. more on that later this evening on bbc news. we'll have more for you later here on the bbc news. thank you for watching. good night. -- 1.7 thank you for watching. good night. —— 1.7 million trading fee. good evening. it will go from one extreme to the
6:57 pm 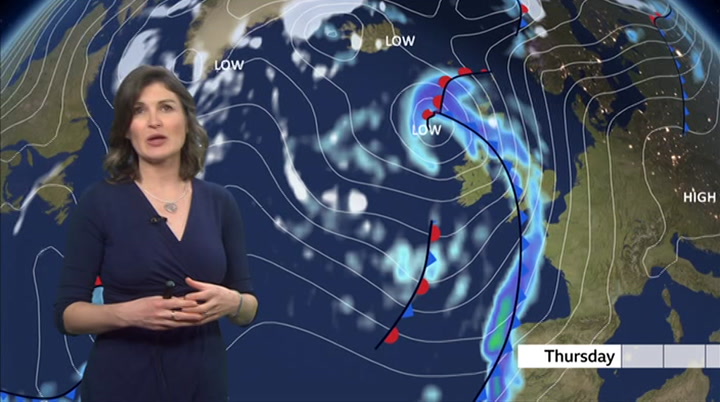 next. let me explain. we fed storm brandon this week and more wind and rain through the course of today. tightly packed isobar bringing gales in many southern and western areas and a windy day in the rain is still going. following across the eastern areas, the early hours of friday before it clears. it is been so wet, a lot of sprite and standing water, on the roads, that is a hazard. in the wind starting to escalate the westerly in a south—westerly gal bringing showers into northern and western areas through the night. a few showers elsewhere but generally speaking, as the rain starts to clear away and we see clever skies, temperatures will fall away and tumble to freezing through parts of northern ireland and possibly the glens of scotland. elsewhere are largely frosty but it will be a colder start to friday morning. therefore, when the showers come along, there will be wintering this over the hills but just along, there will be wintering this over the hills butjust about everywhere could have some hail showers and rumbles of thunder and with the showers, some quite blustery winds but the whole wings will not be as strong as they have
6:58 pm 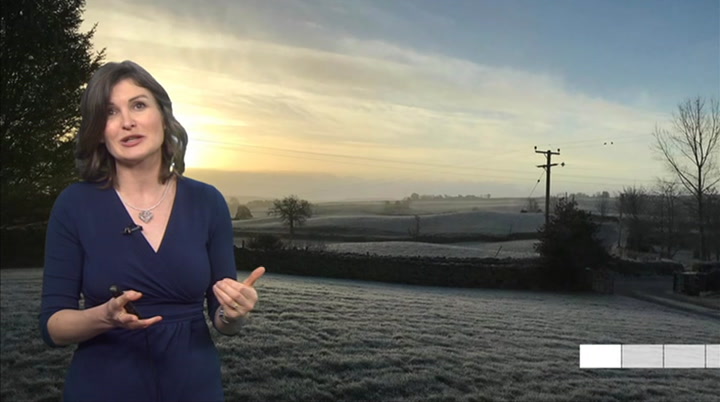 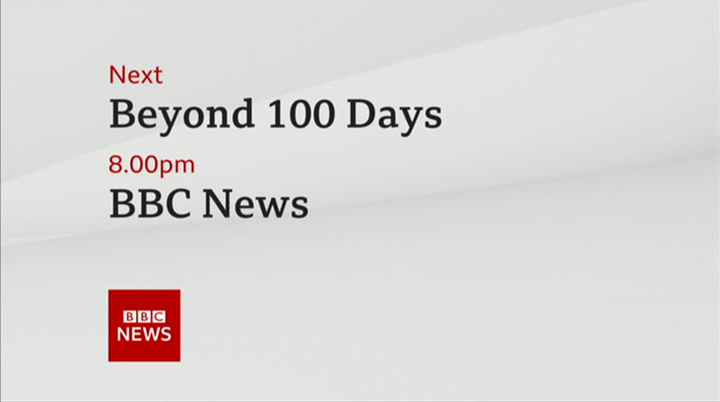 of sunshine, and he fog shed cleared through the morning hours. it will not be particular warm, 68 degrees weather looks fairly decent for getting out and about. it is likely what time that we will pick up a bit more fog because we have so much moisture on the ground. more online.
7:00 pm 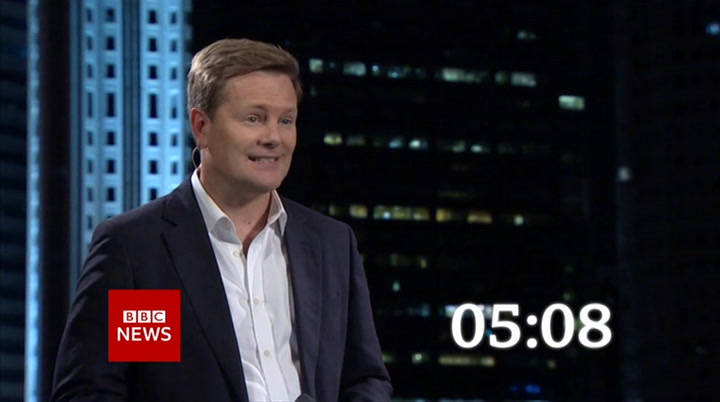 you're watching beyond 100 days. the senate trial of donald trump has begun. in a few minutes, the chiefjustice will be sworn in to preside over the proceedings. he will then deliver the oath to 100 us senators who will serve as jurors in the case. there was pagentry, of course, but also substance as the top democratic prosecutor laid out the heart of the case against donald trump. donald trump solicited the interference of a foreign government, ukraine, in the united states president election. he did so through a scheme or course of conduct that included soliciting the government of ukraine to
left
right
Borrow Program
tv