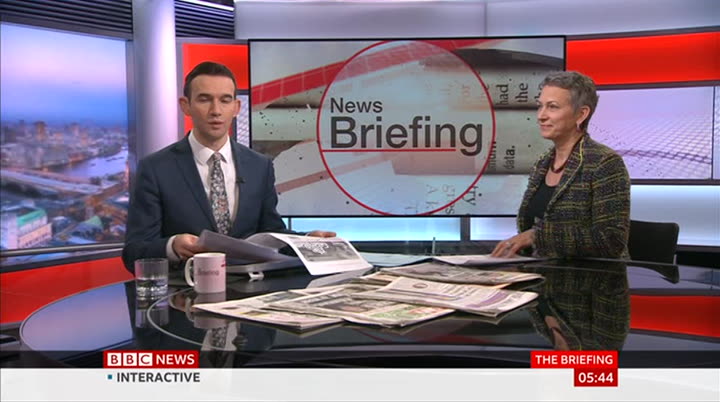 this report in the new york times. with me is inga beale, from london first, a not for profit group made up of business leaders from across the city. good to see you. so one, this has been a long—running political unrest in lebanon on, anti—government demonstrations and it seems the protesters a ren‘t demonstrations and it seems the protesters aren't happy with the alternative that has been offered up to them. a whole new cabinet has been announced with 20 new ministers andi been announced with 20 new ministers and i think this is an incredibly complex environments to be in governments. i was interested to read this article, it says that, there is a complex power—sharing system because there are 18 recognised sects in the country only have to be recognised somehow so obviously a very complex environment. the people are unhappy
5:46 am 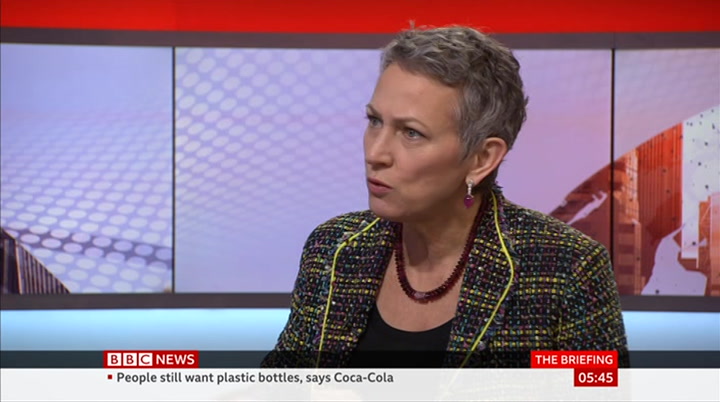 that there is been corruption, they're that there is been corruption, they‘ re unhappy that that there is been corruption, they're unhappy that people who were involved, were warlords when the civil war was on many years ago. there are all sorts of people tangled up in things so the people are very unhappy and even though the new ministers were announced, they went new ministers were announced, they we nt o nto new ministers were announced, they went onto the streets again to protest. a difficult time for them. 0ne protest. a difficult time for them. one of the things i did like about this though was that it is going to, if it gets the vote of confidence it needs to get the ministers in and i think they are going to be going to parliament today, it would be a rarity in the arab world because six of the ministers are women. how about that? we will have to wait and see what happens there and whether they actually get the vote of confidence they need to take office. they've got a hefty inbox of things to deal with don't they this new government? that got a huge amount of things to deal with. all sorts of trouble in that whole area in the middle east. they've got economic issues, they've basically been in economic crises. there is a lot of
5:47 am 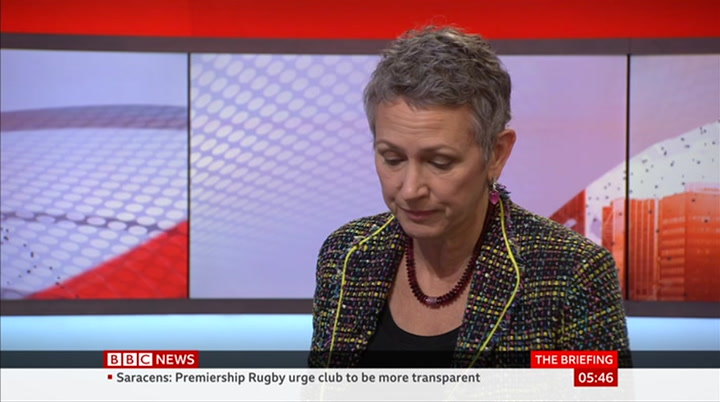 u nrest economic crises. there is a lot of unrest that i can imagine they're going to continue to have turbulent times some time to come. let's have a look at this quite striking story from the front page of the guardian. the boss of a masonic geoff pazo is‘s phone, this exclusive investigation by the guardian suggests that his phone was hacked by saudi arabia. whyjeff bezos, justin pickett for us. this actually happened back 2018 and i don't think it is just a warning for a few you want to be friends with because apparently they were having a friendly chat with the crown prince of arabia and geoff pazo ‘s. they were having a friendly chap on what's up and then a video was sent on the what's up message which was somehow infected, this is what the story says and they were then able to tap into the conversations of
5:48 am 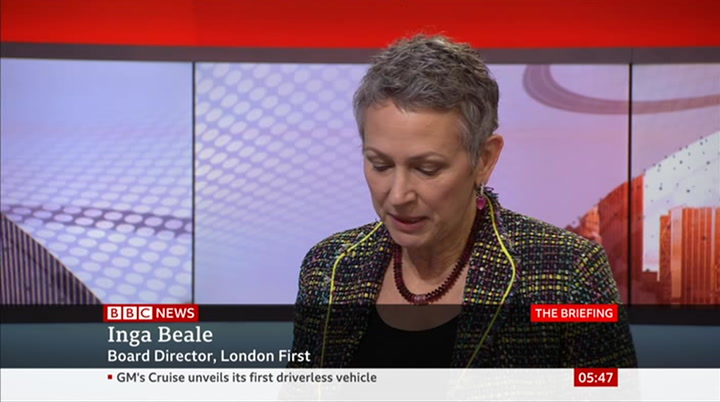 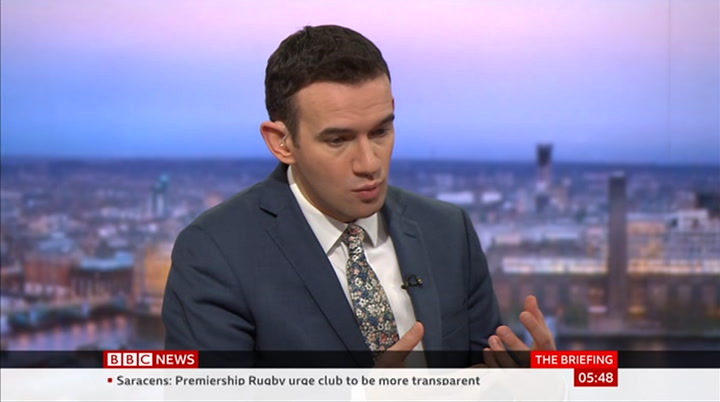 viewed by the west, open up to more terrorism and to give a more open and progressive image —— tourism. and this certainly doesn't help that. it certainly doesn't and anyone who is taking anyone at the moment doesn't get good press with people that trying to broaden our dichotomy, get lots of foreign investment in there and they are definitely trying to diversify the economy away from oil into other set is financial, tourism, et cetera. i think, just an ongoing story about the unfortunately khashogi incident as well. this is another intriguing story from the tages anzeiger paper, the swiss paper, of course world and business leaders gathering at the resort of davos for the world economic forum, security very tired but this a potential loophole if what is said in this article is to
5:50 am 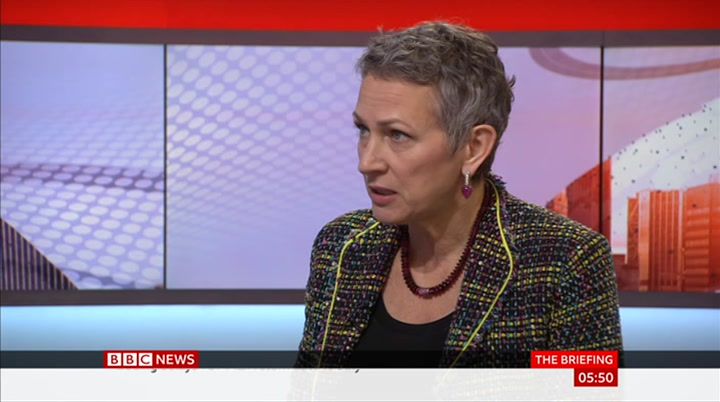 be believed. yes, this is a very reliable, a very reputable newspaper here in switzerland and i lived there for a while, for many years actually sewn quite familiar with it. these people were found out in august 2019 because they were spending time, they were there on diplomatic passports from russia and they were going to davos and spending three weeks there and that is what has aroused the suspicion because davos, particularly out of skiing season isn't somewhere people would go for a vacation. security is so tight around the world economic forum that the swiss take this very seriously. i dread to think what the bill is for security around this conference but they do take it very seriously and that seems as though they have uncovered some potential spying that was going to be taking place during this year's conference. when they were challenged, i think one of them said, they were a
5:51 am 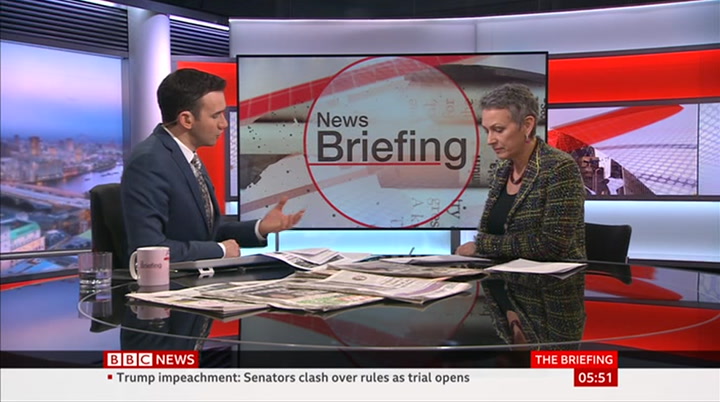 plumber. yes, i guess they were there underfalse plumber. yes, i guess they were there under false pretenses. plumber. yes, i guess they were there underfalse pretenses. people would probably say, they didn't know we had a shortage of the swiss plumbers so i'm not sure why we needed a russian plumber to come and do the work but anyway... absolutely fascinating. let's talk about an issue that resonates with people throughout the world, mental health in the workplace. it is often an issue that is talked about but there's still a stigma around it and not dealing it, this research is saying that it not only affects employees and their families but also economic impacts as well to the business. economic impacts of the business because people are taking six days off and the other issue is that because sometimes the mental health issues, when you are at work, not necessarily noticeable, physically. that you don't know how... perhaps the lack of focus is affecting productivity when people are in the
5:52 am 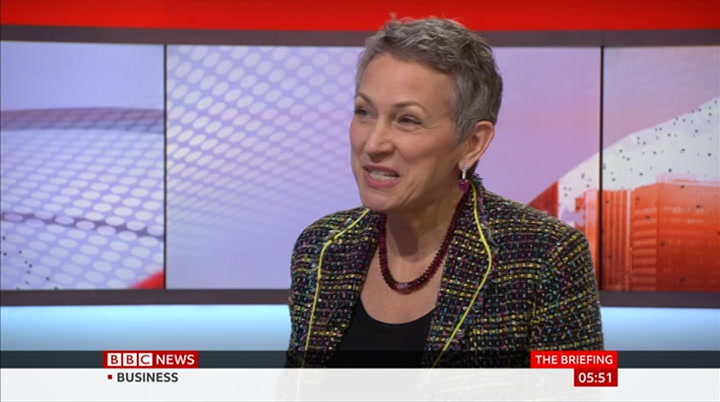 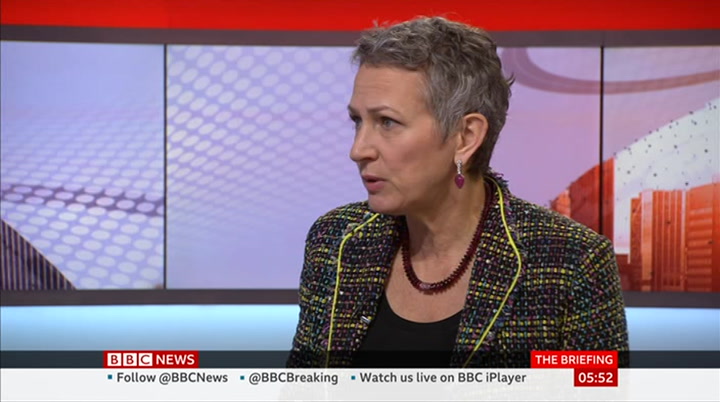 not going to say, look, actually need a bit of a break, i need a rest. they would be fearful that it would affect perhaps even theirjob. there is an absolute requirement for the boss of a business to go and say, we understand that there are mental health issues. one in three people throughout their lives are expected to have some sort of mental health issue stop we should talk about this also if you need time off, he should have the time off and employers need to create a safe environment for their employees. and finally metro has the story, coca—cola, one of the biggest producers of plastic waste in the world is saying they're not going to stop using single—use plastic bottles, wire? saying they don't wa nt to bottles, wire? saying they don't want to dig them because their customers still want plastic bottles. they once the ability to read close the bottle because they not going to drink it in one go. but of course, coca—cola is the largest consumer drinks company in the world
5:54 am 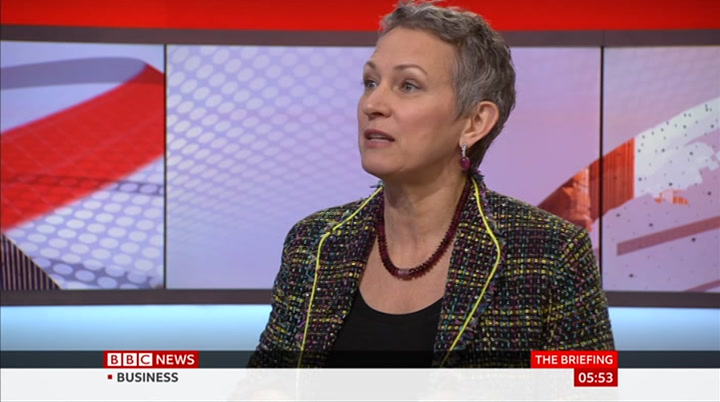 so you would expect and there was a global audience done last year i think, of the plastic found in the seas and everything and coca—cola is a big offender. 0f seas and everything and coca—cola is a big offender. of course, the other largest consumer drink company so one would expect that to be relative. however, we have got to do something about it. this is a really serious issue. people have got to try and find they have got to find a solution to the plastic that doesn't decompose. now, coca—cola here have said that they're aiming by 2030 two recycle as many plastic bottles as they use. so they are taking steps to try and limit their impact. thank you inge, were out of time, thanks for going through the papers with us. stay with us here on bbc news — so much more to come.
5:55 am 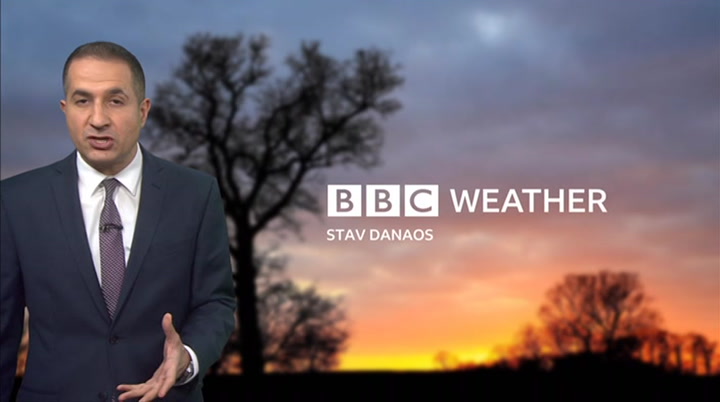 we started this week on a settled note with a bit of sunshine around, thanks to high pressure. but high pressure is with us again on wednesday. a subtle change where we begin to import some slightly less cold air from the atlantic and you will see that on the air mass charts here throughout wednesday. you can see those yellow and orange colours across the uk. so today will be mainly dry but rather cloudy because we are picking up more moisture off the atlantic and many of us will start cloudy and it looks like the skies will be leaden through the day. best of any bright sunny spells tend to be eastern scotland here, sheltered from the south—west and the odd bright spell further south. the wind will remain light so nothing to stir up the air. it will be milder with temperatures in double figures for most, very mild in fact across the north—east of scotland given good spells of sunshine. and as we head through wednesday evening and overnight it stays cloudy with light wind, murky as well and if you get the odd
5:56 am

hole in the cloud it could turn chilly for most but because of the cloud cover it will be a frost free night. through thursday and friday, similar days with high pressure sticking around, light wind and it will have a grey leaden sky with limited spells of sunshine. temperatures between seven and 11 degrees. significant changes into the weekend, high pressure varies near the continent and low pressure starts to push in off the atlantic. could still be fairly cloudy across the board on saturday morning but as the breeze continues to pick up from the south—west it would be quite windy in the north—west and we will see some holes appearing in the cloud. a couple of showers around this weather front will bring outbreaks of rain to western scotland and northern ireland. that weather front spreads across the uk during saturday night and into sunday, a weak feature by the time it reaches the eastern side of the country, and no more than a band of cloud with a few showery bursts of rain. once that clears it will be brighter for many with good spells of sunshine, quite blustery and this is a cool air mass well. in fact, it'll be quite cold across the north and west of scotland and northern ireland here so the showers will fall wintry
5:57 am 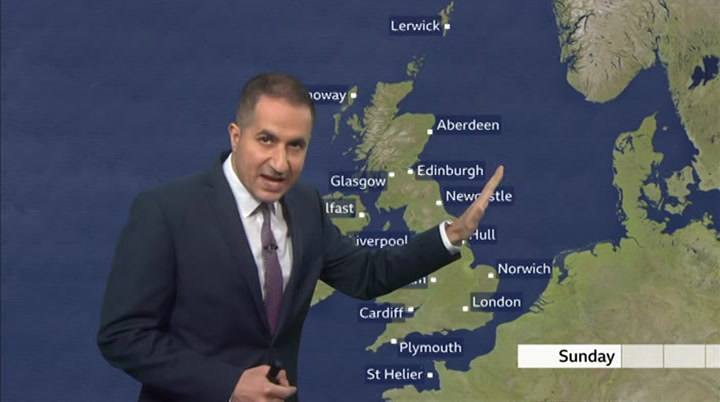 and snow across the hills, nine or 10 degrees in the south—east. into the start of the following week it will turn more unsettled and a deeper area of low pressure could could bring strong wind and spells of rain.
5:58 am 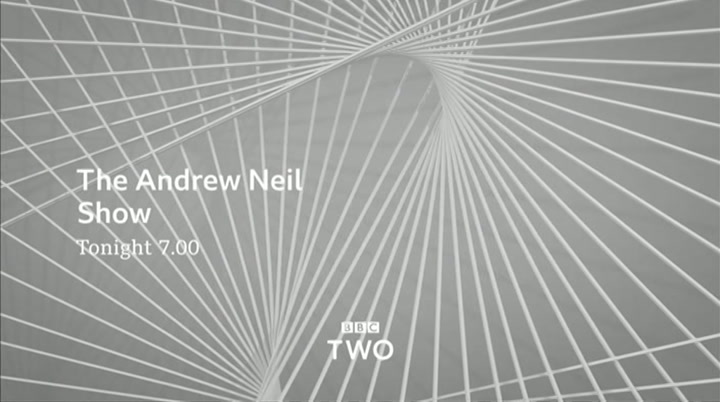 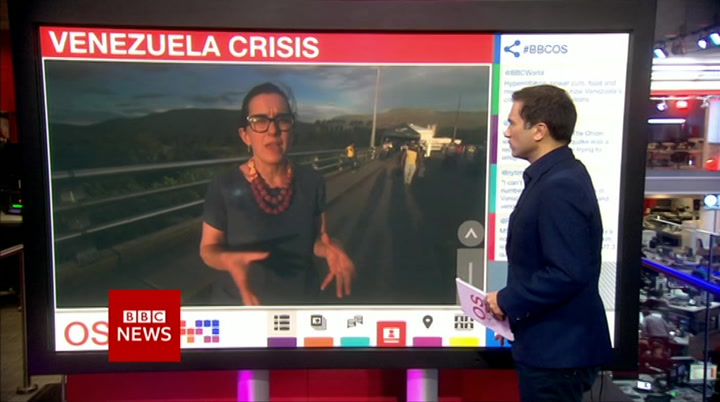 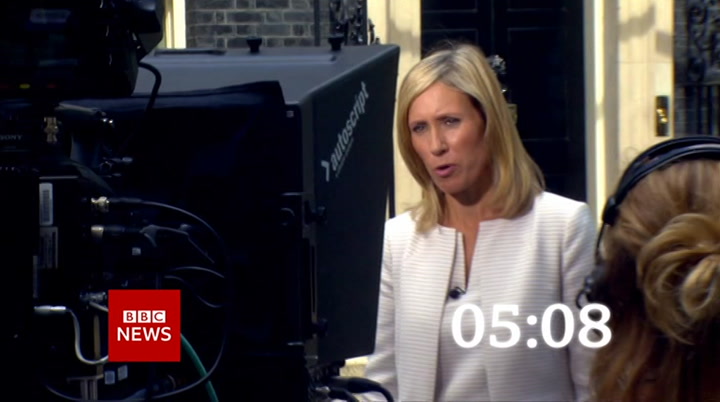 good morning, welcome to breakfast with dan walker and louise minchin. 0ur headlines today: nine dead and more than 400 infected with a mystery new virus in china. the world health authority meets later today to decide whether the outbreak is an international public health emergency. the duchess of cambridge starts a 24—hour tour of the uk to launch a new survey looking at the problems faced by many children underfive.
6:01 am