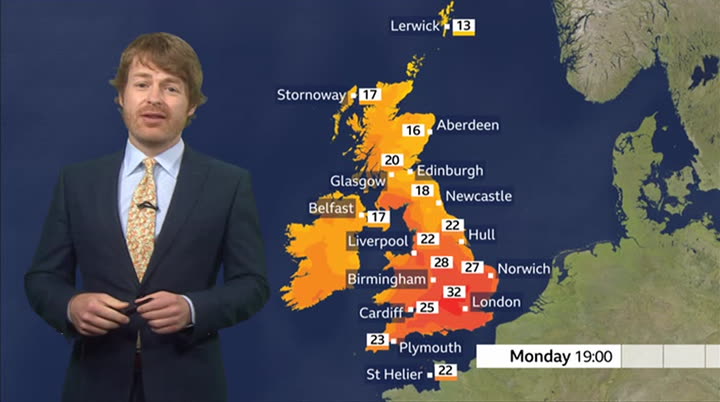 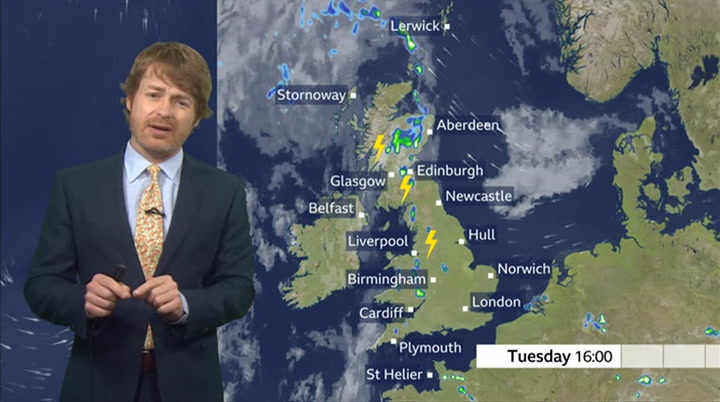 across the north of the country, some will be thunderstorms. elsewhere the risk of abuse dom is developing. another really hot day again, in the mid—30s for the south—east and into 30s possibly across parts of the midlands. hull at 27. wednesday is expected to be be final really hot day. showers looming across france on the english channel. change will happen between wednesday and thursday when we will see more showers and thunderstorms and then it looks as though by friday the heatwave will finally end. thank you. that's all from the bbc news at six so it's goodbye from me and on bbc one we nowjoin the bbc‘s news teams where you are.
6:32 pm 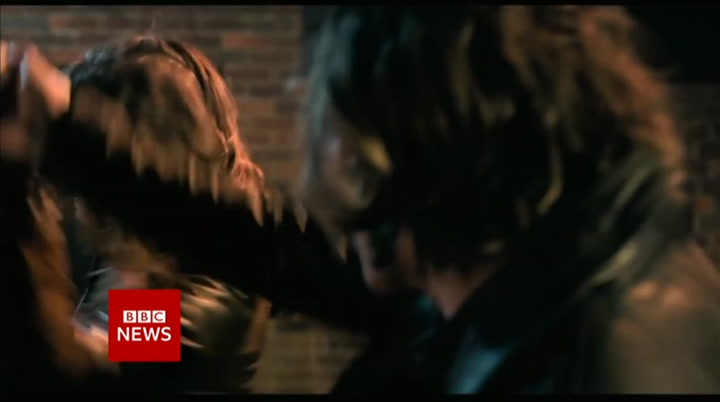 hello and welcome to sportsday.
6:33 pm 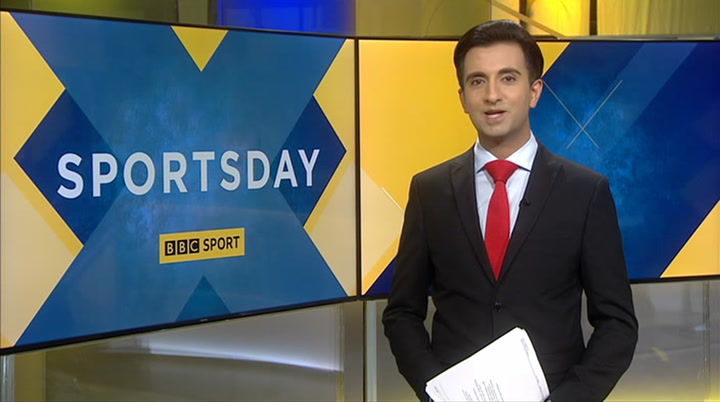 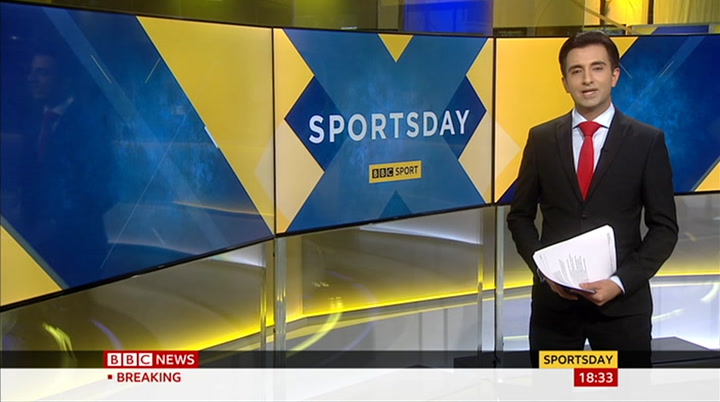 welcome to the programme, thanks forjoining us. we start with this man, who 15 months ago, was a college student. now, colin morikawa's woken up as the us pga championship winner after he produced an immaculate round of 64 to land his first major. it was a thrilling finish last night in san francisco where morikawa, atjust 23, ensured hejoined an elite group of players to have won the title at that age. jack nicklaus, tiger woods and rory mcilroy being the others. he recorded 129 shots over the weekend, which is the lowest final two rounds in major championship history. and incredibly, with two wins, he has more victories on tour than missed cuts. when i woke up today, i was like, this is meant to be. this is where i feel very comfortable, this is where i want to be. i'm not scared from it. i think if i was scared, the
6:35 pm 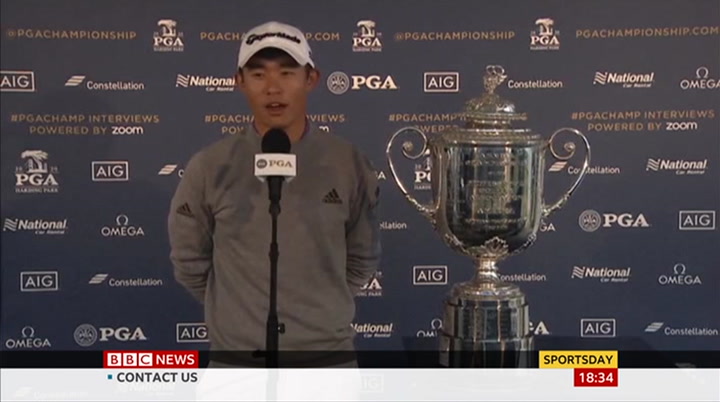 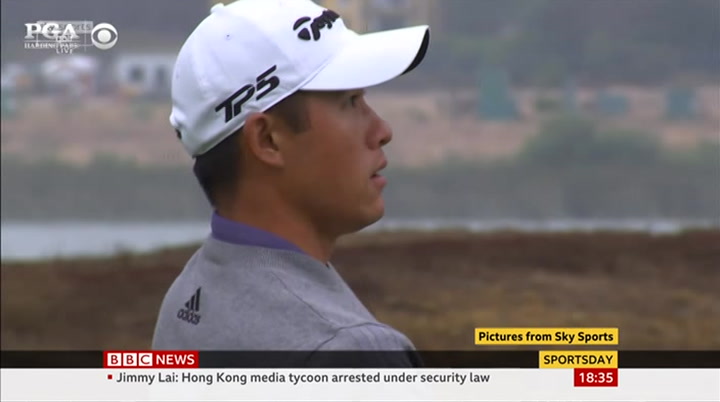 enough. the glorious shots coming m, enough. the glorious shots coming in, you just have to take your. when he popped up on tour not that long ago, those guys who are paying attention like myself knew this was something special. he's proved it today. he's already proved it, but he's really stamped his authority of how good he is today. but i'm very happy with everything. it's kind of got my mojo back. morikawa wasn't the american most people were expecting to win the us pga championship going into the final round, but it's safe to say americans know his name today. and i'm joined by alex miceli, who's a golf reporter and journalist in the us. thanks forjoining us now. what's the reaction been like there? i don't think surprising because his name has been on the board a lot. i think it'sjust name has been on the board a lot. i think it's just the fact of how he finished it off. everyone you talk
6:37 pm 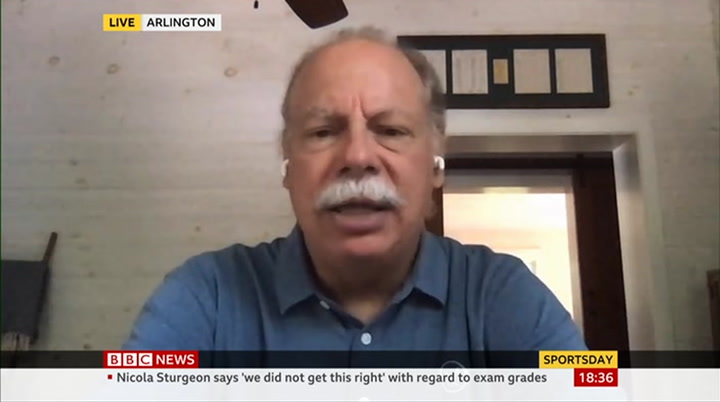 to said it was a great final round, and he's the one who stepped up. everyone else tried, but failed to step up like morikawa did. i think that's something you really find if you follow golf at all, the fact that he could do what he did at 23 isa that he could do what he did at 23 is a big thing. now all the sudden, you become anointed as the next great player, even though you only won one majorambjgn ship. that's won one major ambien ship. that's the discussion that's going to be
6:38 pm 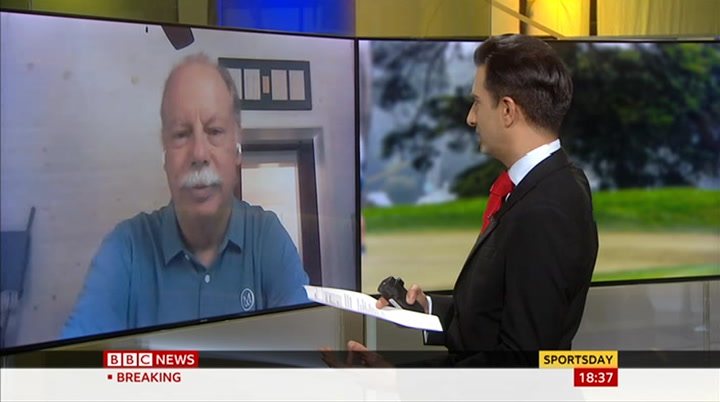 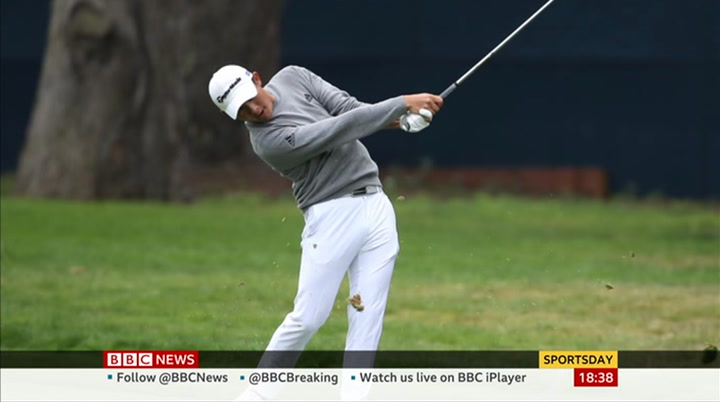 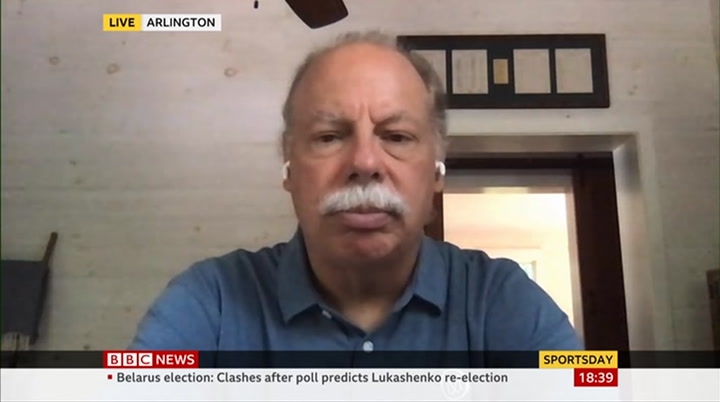 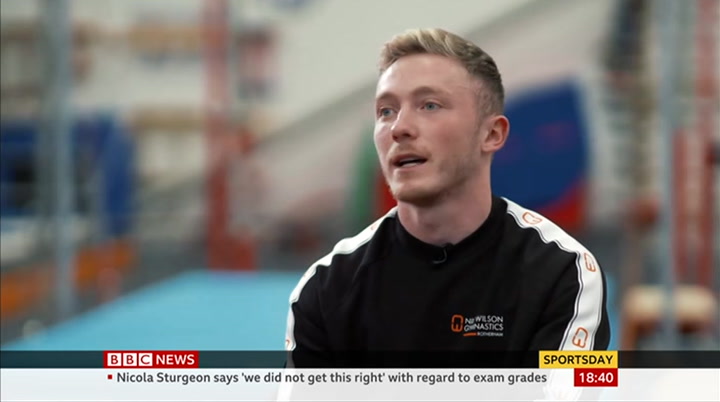 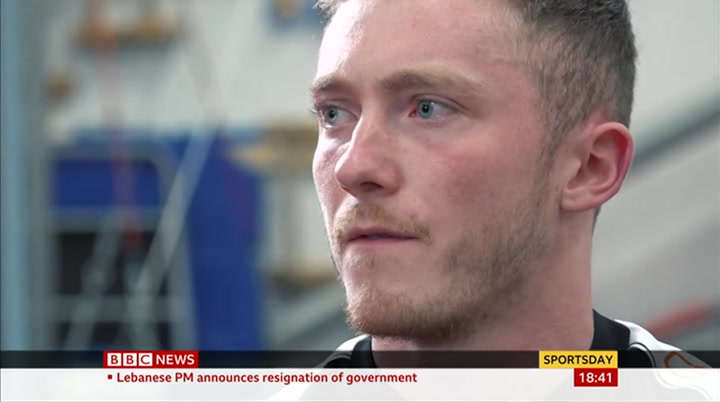 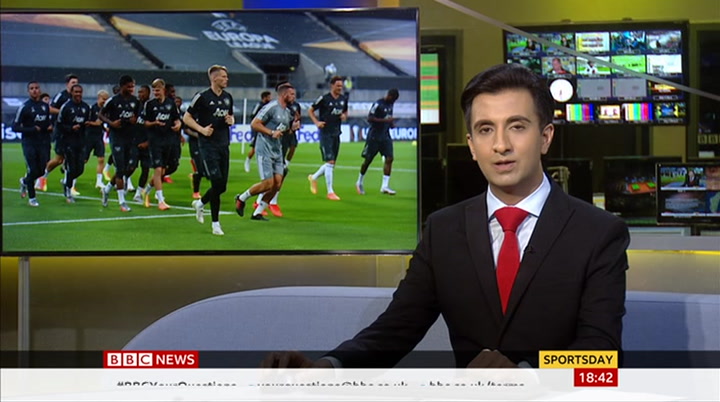 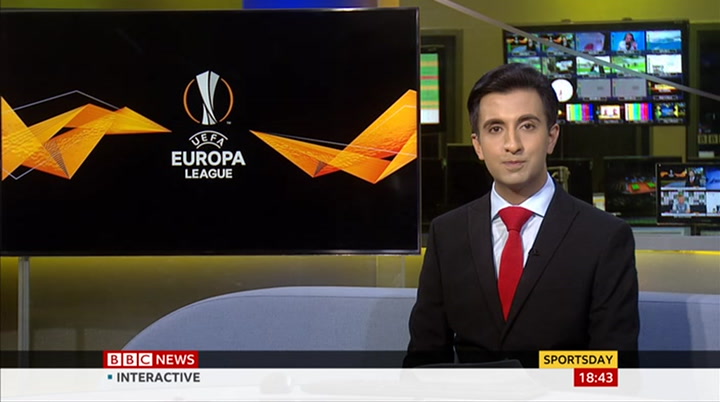 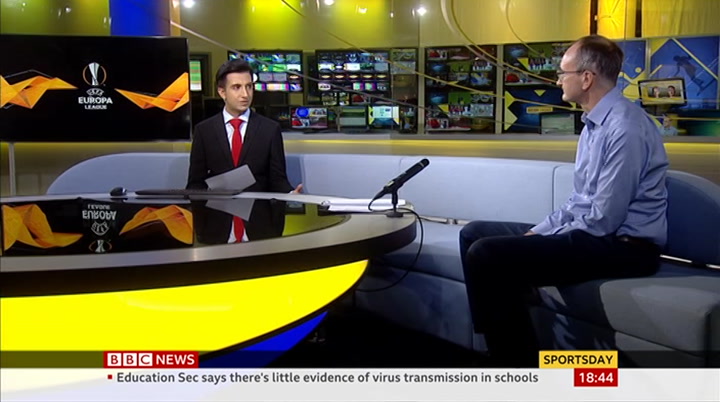 A round-up of all the day's top sporting action with the latest scores, news and updates.