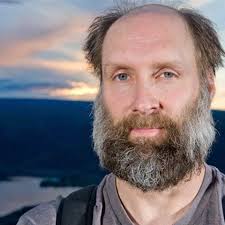 DOUG MARTSCH (of Built To Spill)
2002-03-13
Boise, Neurolux Lounge
DATmaster
SOURCE: Sonic Studios DSM6s > PA-6LC > Sony D8 DAT > digital transfer to PC via egosys2496
01 The First Song
02 Trouble (Cat Stevens)
03 I Would Hurt a Fly
04 Something (The Beatles)
05 Still Flat
06 Heart (Things Never Shared)
07 Try Me (Bob Marley)
08 Fling
09 Some Things Last a Long Time (Daniel Johnston)
10 Tarpit (Dinosaur Jr.)
11 Offer
12 Dream
13 The Weather
14 That's How Strong My Love Is (Otis Redding)
15 5 on 3
16 Hard Time Killing Floor Blues (Skip James)
17 This Night Has Opened My Eyes (The Smiths)
18 When Not Being Stupid Is Not Enough
NOTES: from my notes after the show - Doug's first solo acoustic public show in Boise since the handful that he did in 1999. Recorded at his old haunt, the Neurolux Lounge, the crowd was a mix of Boise old timers and fans that travelled in. I counted 4 videotapers and 1 long time Boise minidisc taper rolling at the show. It was just Doug on stage up on a raised platform with his acoustic guitar and a mic outfitted with a large pop screen. Doug used minimal effects, mostly just his chorus pedal and he did bring in his own pre amp effects unit. The setlist consisted of many covers and a generous helping of old BTS classics. A few of the new songs off his solo record were added for good measure.
Recorded by JLW