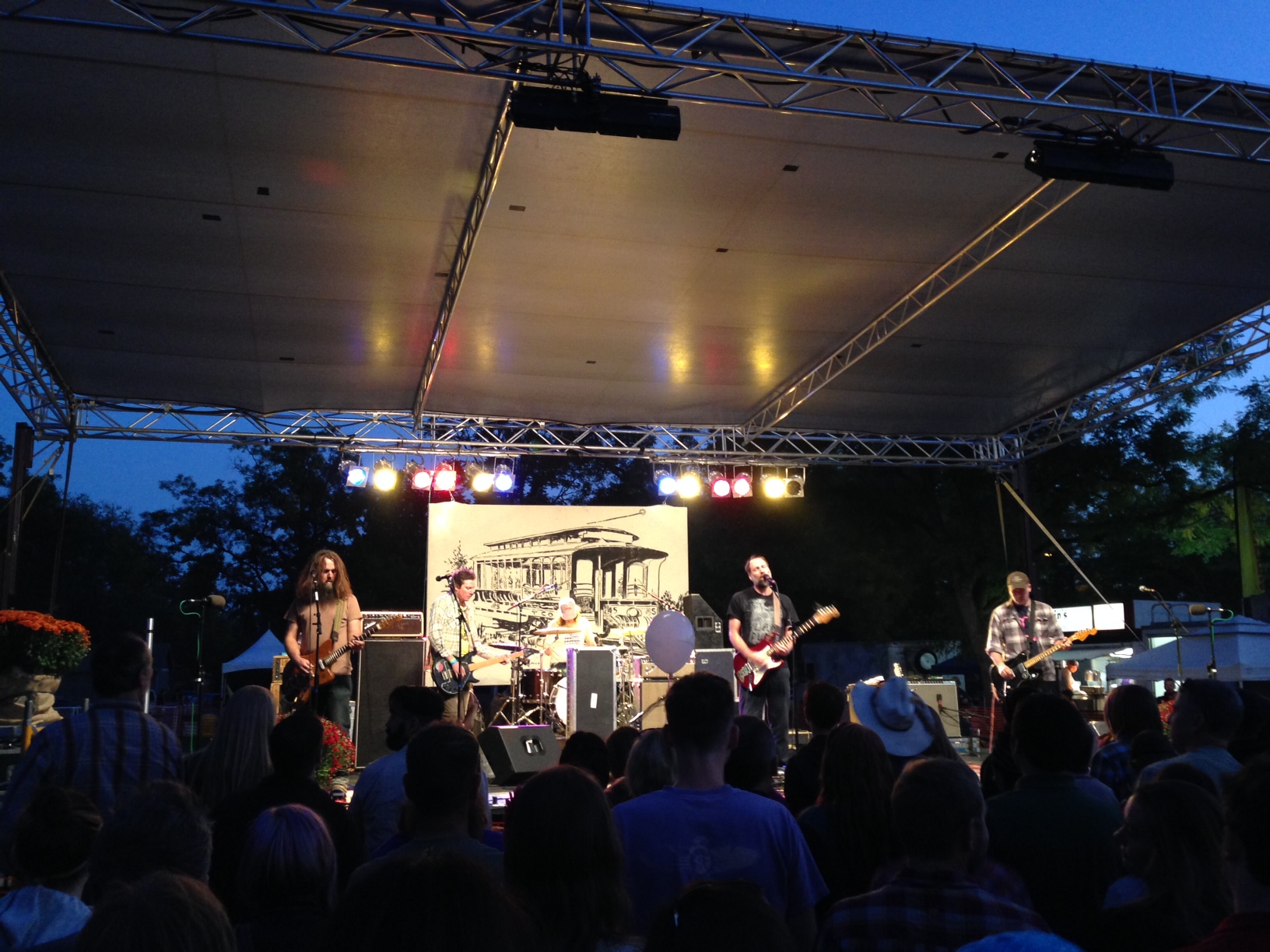 BUILT TO SPILL
2014-09-12
Boise, ID - Camelsback Park (USA)
Hyde Park Street Fair
Soundboard/AUD Matrix Mix
SOURCE1: Soundboard out > Sony M10 (24/48)
SOURCE2: CA14 cardiods > Sony M10 (24/48) (mic in)
Mixed in Audition > r8brain downsample (16/44) > CDWave > TLH
Recorded & mixed: JLW
01 tuning and intro announcement
02 Traces
03 In The Morning
04 You Were Right
05 Strange
06 The Plan
07 Liar
08 Eight Miles High (Byrds cover)
09 Things Fall Apart (with trumpet solo by Joey Corsentino)
10 Joyride
11 They Got Away
12 Carry The Zero
13 Made-Up Dreams
14 Velvet Waltz
NOTES: 35th annual neighborhood fair in BTS's hometown and their 3rd(?) appearance there over the years.  Much thanks to old school Texan taper Stan for the board patch and for watching my gear.  Just previewing the board feed during the opening band on my earbuds I could tell it was going to be a little thin so I started the recording there and with my extra rig staked down a taping spot and did a stack tape up close on the left side with the CA14's with the hope that they could be mixed together to create something nice.  As it turned out, the board feed got a little hot towards the end when the songs got louder and it didn't sound that great by itself anyway.  Toying around with the mix, the AUD source added some needed low end and really filled out the mix.  Great to finally hear the Byrds cover live.  Right after then end, you hear Brett (guitar player) announcing that his band Caustic Resin in also playing that night.