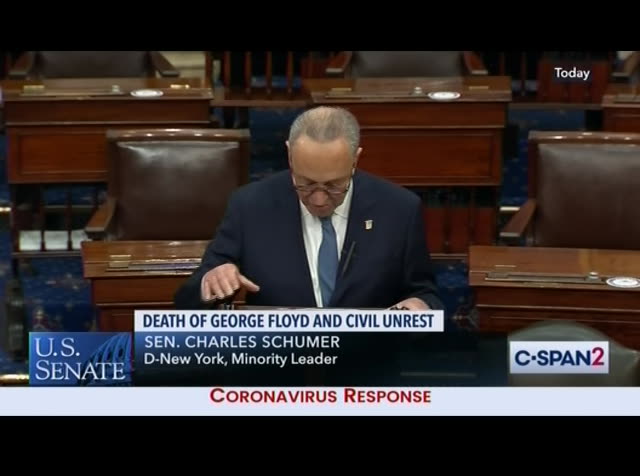 providing realistic hopes and then a there have been a lot of african-americans killed extra judicially because of the color of their skin. our nation is desperate for real leadership. no one is home at the white house and the lights are off. i fear for the future of our country and in this time of immense difficulty our president is only capable of contributing with division and fear and chao chaos. i yield the floor. >>ic to make sure whatever
1:51 am 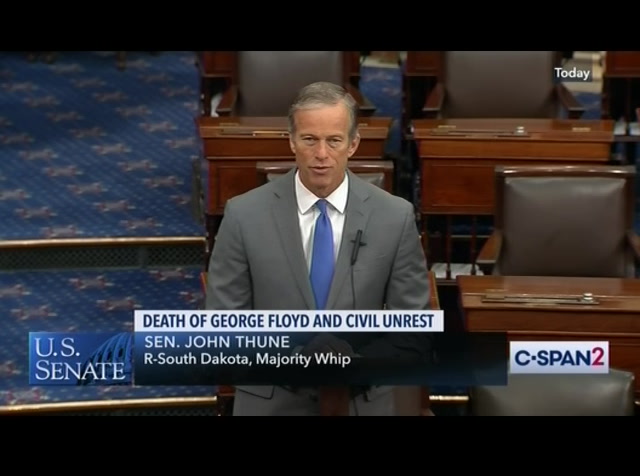 happens in minneapolis never happens againe if the perpetrators are not held accountable and then to acknowledge how deeply the fellow citizens are suffering floyd's senseless death. many americans are afraid right now shaken by another death and worried that could easily have been their son her husband or brother too many americans feel unsafe we need to listen to them. to listen to those of experience of america has been very different from ours. and in the wake of george floyd's death c to express their outrage.
1:52 am 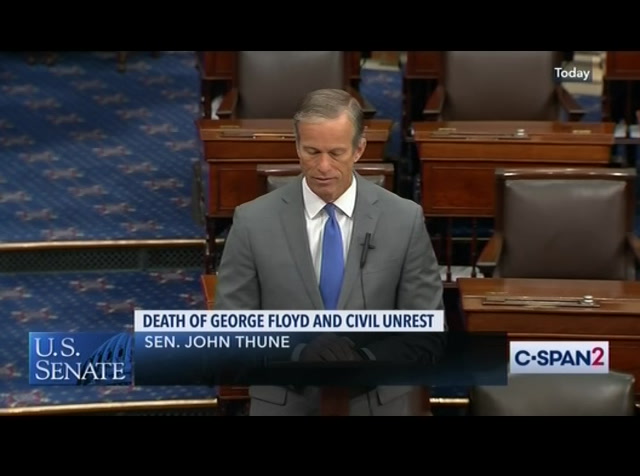 these are not relegated to big cities we see them in towns across south dakota and many other places and unfortunately there has been on --dash unnecessarily violence including and destruction of property happens around the country communities have suffered damage felt for years spaces local businesses have seen their aisles ransacked and innocent but this violence needs to end.
1:53 am 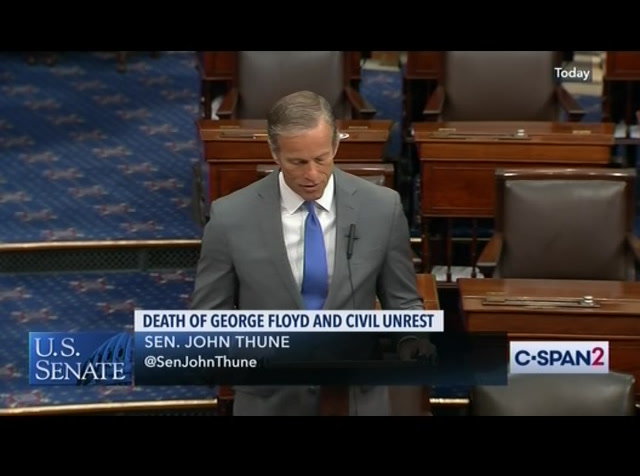 >> when the officers were called out to respond to the riots, i just want to say a couple of words about our police officers. it wasn't on - - it was a police officer who caused his death and around our country other police officers are second by that officer's actions as the tragic results in those that were led by their police chief. certainly there are exceptions but the vast men and women of
1:54 am 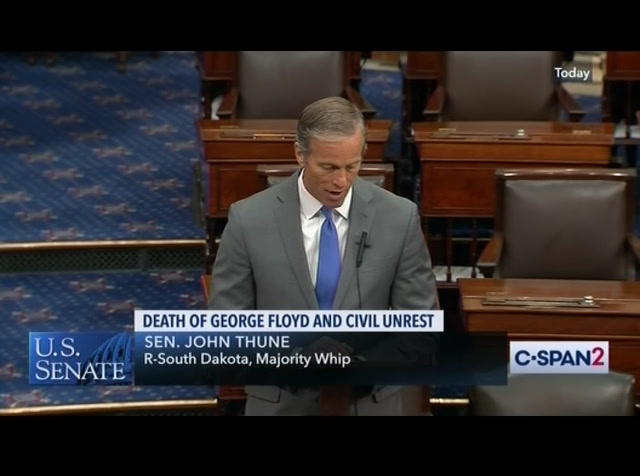 character who care deeply about protecting everyone in their communities and to do their jobs of justice and integrity. >> for too many years the promise of a declaration all men are created equal was denied too many. even in our own days. >> they like to make themselves but with the promise of liberty and justice for all is realized for every american. it will w take work. but i have faith in our country and fellow americans that i believe we can get there. madame president with george
1:55 am 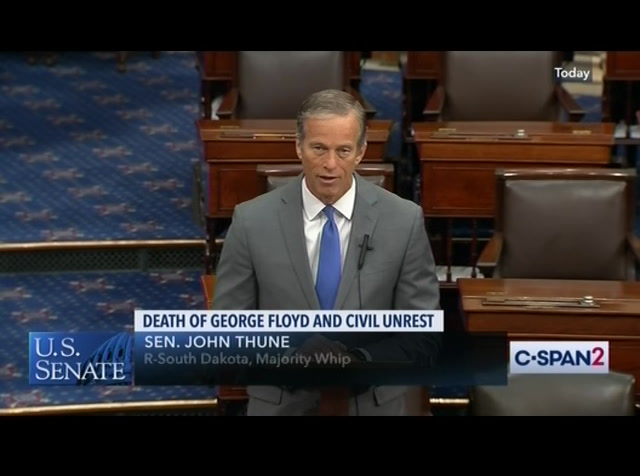 floyd and his family because of his unjust death. what does the lord require of you and. >> ams here to talk about the pain and frustration that many are fearing this morning and that is dispassionately vexing and in response to the en injustice and violence against african-americans. just in the past few weeks there have been graphic videos
left
right
disc Borrow a DVD of this show DVD
tv

Republican Whip John Thune spoke about the death of George Floyd and the subsequent civil unrest. While calling for change, he also highlighted instances of police working with protesters to protect their First Amendment rights.