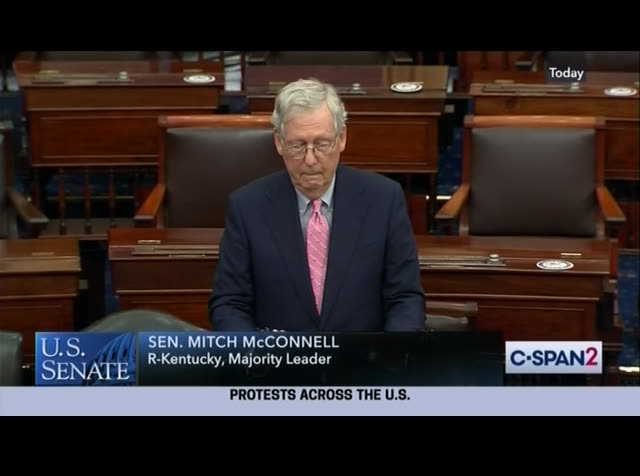 mental health. call me old-fashioned i thank you may want a police officer to stop a criminal and before we try to work through his feelings even if some left-wing leaders fought for this nonsense the american people are too smart for that. t they know what happened to george floyd is totally abhorrent and also that looting is unacceptable. and i also know well trained law enforcement officers are important part of creating safe communities not something to abolish
1:03 am 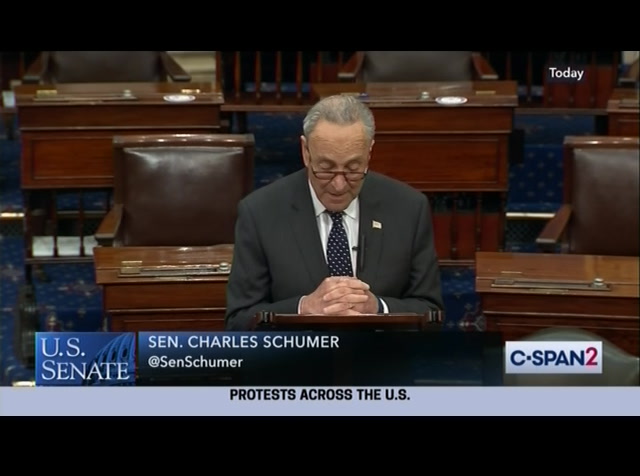 i'm proud americans across the country can protest and safety and peace i'm proud neighbors add to the call to protect and serve and i'm hopeful that the energy mutual respect we can continue this important national discussion to ensure justice and equal protection under the law. equal justice under the law those words are etched in stone about the supreme court a bedrock principle of the american system for the past few weeks has been a reminder of how that does not reflect the lives of the lived experience of many americans black americans confrontations with the police are not the same. you could be standing on a street corner like eric gardner or a sleep in your bed like breanna taylor and have your life ended by police george floyd's brutal death at the hands of a white police officers sparked peaceful protest across the country because a singular and tragic as the death of george floyd was his experience resonated with anti- black - - many black americans as hundreds of thousands against police violence and systemic racism au tng dc seattle to new york city shoulder to shoulder americans
1:04 am 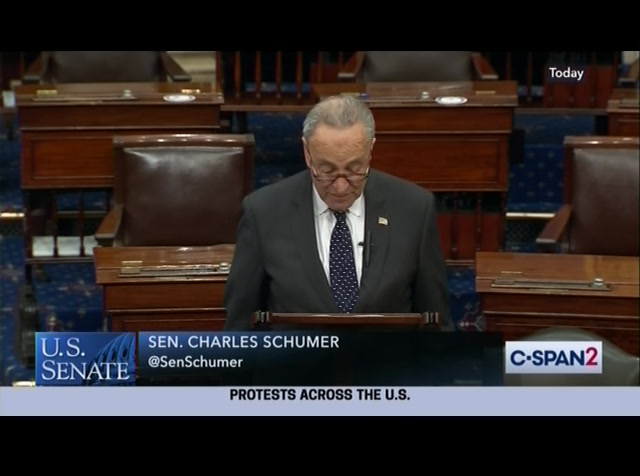 of all walks of life have cried and saying and spoken out black lives matter but our country promises justice for all the for some the protest
1:05 am 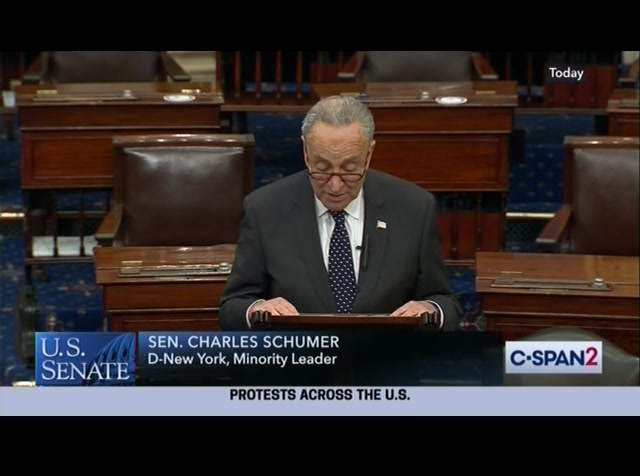 was not confined to big cities. fayetteville, fairmont west virginia and have her montana black lives matter protest the city with the troubled history a haven for that kk a on - - kkk in a city in nebraska have only 1000 residents. remarkably protest concerned events within the borders sparked outrage the name george floyd aid was chanted in amsterdam and berlin in mexico city injustice spares us the great mass of the people demanding change institutions of our government have an obligation to answer today we are taking the first of many necessary steps to ngou
1:06 am 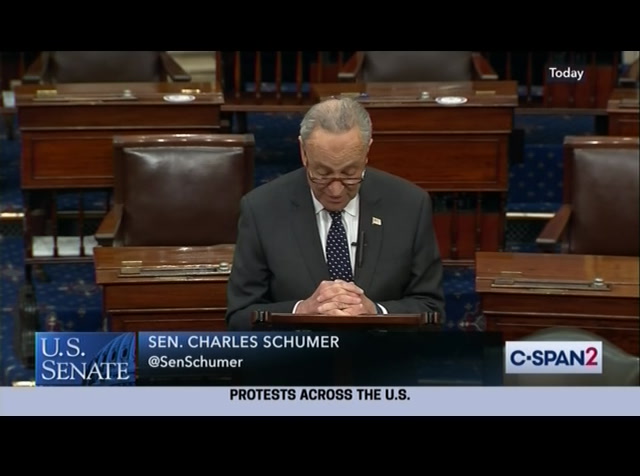 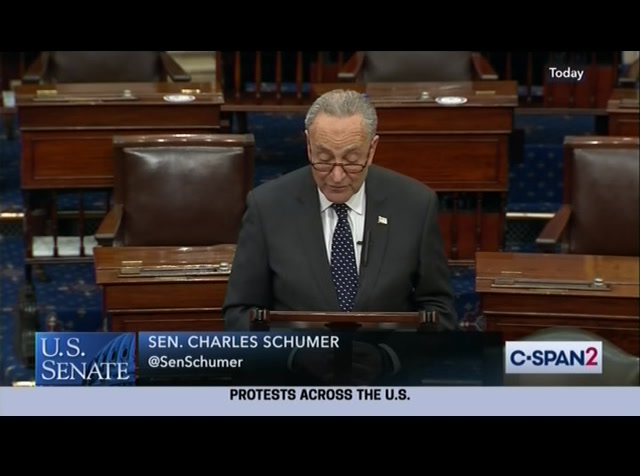 this morning i join with speaker pelosi and house colleagues to introduce the justice in policing act in response to the recent protest and failures to reform police departments. this imposes crucial reform to combat racial bias in excessive force we banned the use of chokehold and other tactics leaving black americans dead and limit the transfer of military weaponry and equipment to police departments and change the legal standard to make it easier to hold police accountable for misconduct with deadly force that american citizens through increased data and transparency as well as important modifications to help prevent police misconduct in the first place this has never been done before the federal level and would encourage the same changes at the state and local level for those police departments to rece f achieve real reform leader mcconnell it's have the debate not just on tv and twitter but on the floor of the united states senate, legislation, debate, a divided nation cannot wait for healing and solutions and the republican majority must not continue to squander the timeline right wing judges and conspiracy hearings history will judge what the chamber yco t t as ahf actiongi wound in society continuing to fester because the poison of
1:08 am 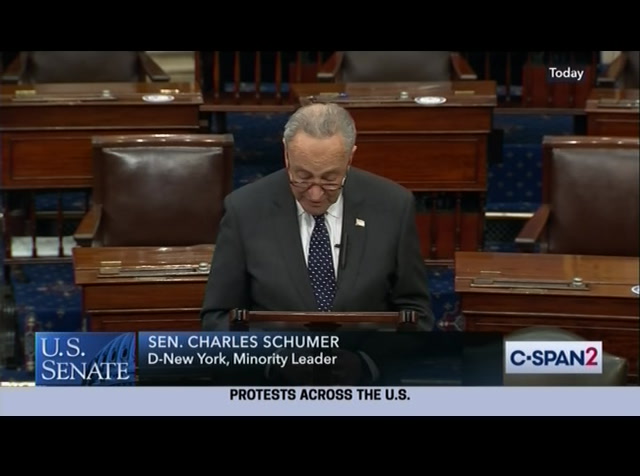 racism affects more than the criminal justice system and runs much deeper than that with racial disparities of housing and healthcare and income and wealth coalbed 19 is only put a magnifying glass on inequality. 118,000 confirmed deaths from covid-19 in the united states and black americans have died at a disproportionate rate as hospitals and healthcare workers have scrambled to secure supplies those institutions that serve communities of color have been the most trainedtu md. as a medical crisis led to an economic crisis largely african-americans and latinos who have seen their jobs disappear faster and more permanently. the president is prepared to declare the fight over because
1:09 am 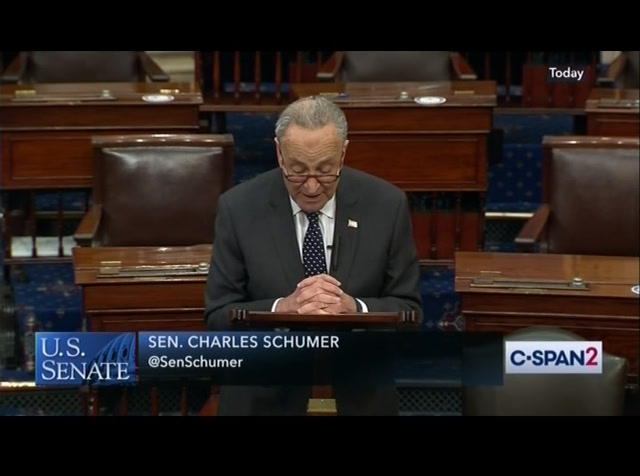 15 percent of our country citizens are unemployed instead of 20 percent even though that's higher than any point of the great recession. a s the reason isn't it isn't as awful because congress leapt into action to pass a major bill to keep the country afloat the bill that passed was bipartisanus almost every step of the way to get many of the improvements in the bill much of the aid the bill gave to healthcare systems small businesses because they insisted that they declare victory too early or go into complacency now or wait too long to pass another round of emergency relief, the economic conditions will deteriorate.hee
1:10 am 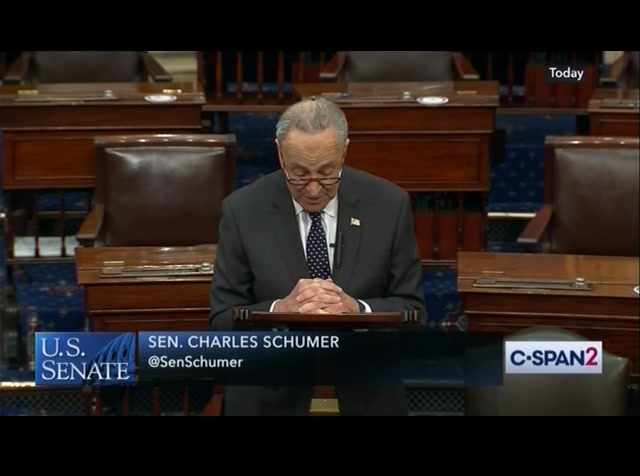 if we do nothing more americans can lose their jobs or healthcare or struggle to put food on the table are put food on the table or the roof over their headt we fear the recent bump of the employment number is the stimulus money we pumped into the economy would have a sense of complacency and the economy will get worse. the fact we are confronted by so many challenges can seem overwhelming. the consequences of that in action to fall so heavily on black and brown americans are so confident it but there's no reason we can't respond with ougorous and sustained actionhat with purposeful action and bipartisan effort on the coalbed pandemic and long
1:11 am 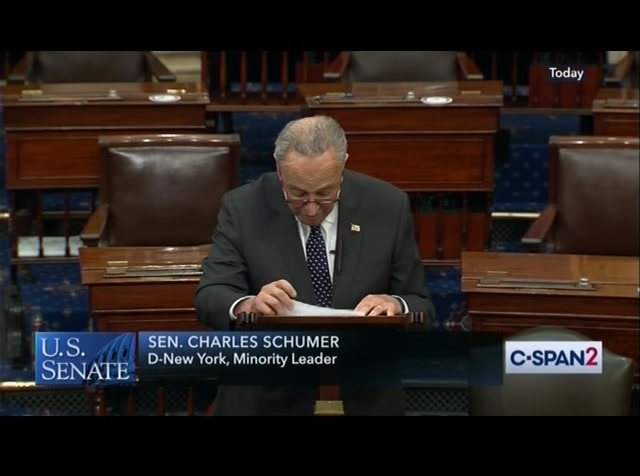 simmering issues of police violence simmering issues we must develop that is what the world's greatest deliberative body was designed to do for remaining weeks before july 4th in time for waiting is gone leader mcconnell w senate republicans commit to putting a police reform bill on the senate and commit to working with us within another emergency relief packag package. we have waited too long already. let me repeat leader mcconnell and senate republicans we must
1:12 am 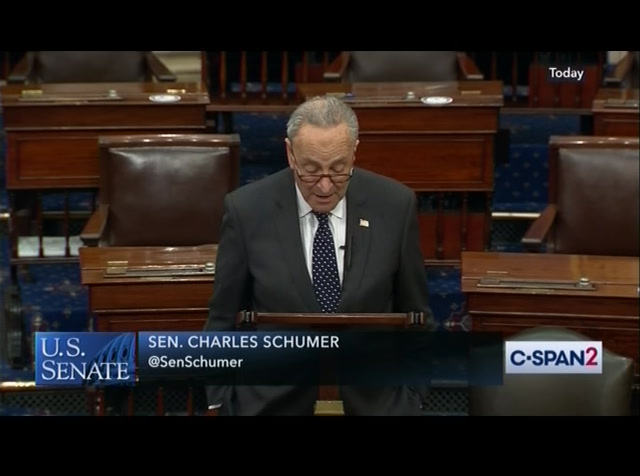 accomplish two things before juh , police reform and covet release. we can and must do both. do not stand in the way of a nation yearning for solutions not empty rhetoric or name-calling or partisanship. before i yield the floor want to mention one other issue. last week president trump was responsiblelaf the for ordering federal officers to force peaceful past protesters across the street from the white house of lafayette square against first amendment rights it was deeply offensive and wrong even more was the purpose to clear a path for the president to stage a political stunt at st. john's church. today lafayette square, a place that has long been a venue where americans gather for their constitutional rights is blocked off by heavy fencing in the heart of the nation's capital lafayette square should be a symbol of ngtodom
1:13 am 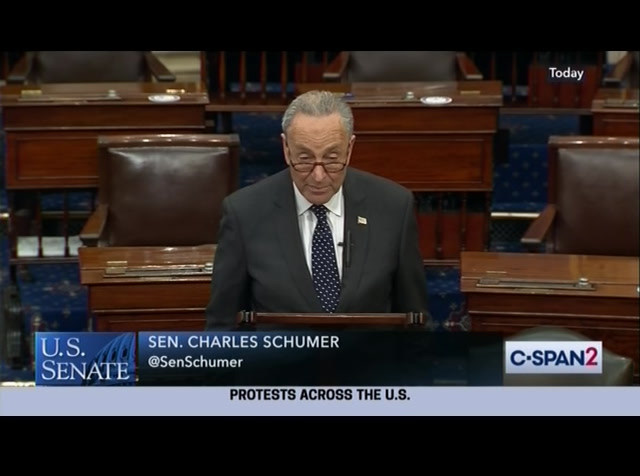 Senate Democratic Leader Charles Schumer called on the Senate to consider a policing reform bill by mid-July, when lawmakers return from the July 4th recess.