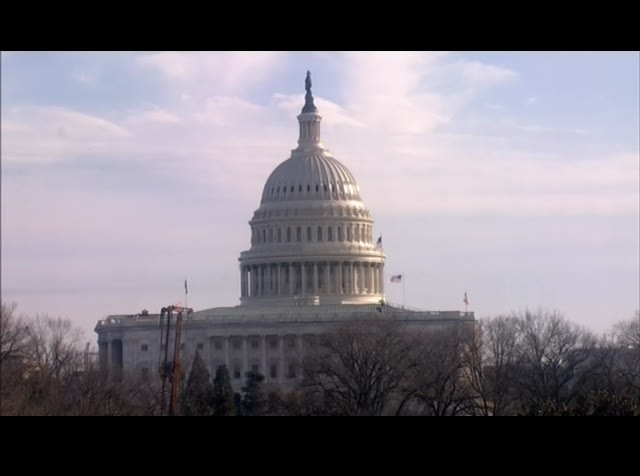 in public parks and that, to me, is a radical change in the law. >> thank you, counsel. the case is submitted. house democrats have drafted a resolution condemning discrimination and bigotry against minorities. the resolution stems from comments in a tweet from a member of congress regarding israel. here's florida congressman ted deutsche explaining why many have taken offense. >> mr. speaker, today should not be about politics. i didn't rise to be political. this is personal. a few years ago, i was invited to speak at the u.n. general assembly special session on anti-semitism. i told the representatives from the assembled countries that anti-semitism is the canary in the coal mine, that if there is anti-semitism in your country, there is hatred that will ultimately permeate throughout society if it is not checked. i never thought i would need to explain that to my colleagues. this is not political.
4:09 pm 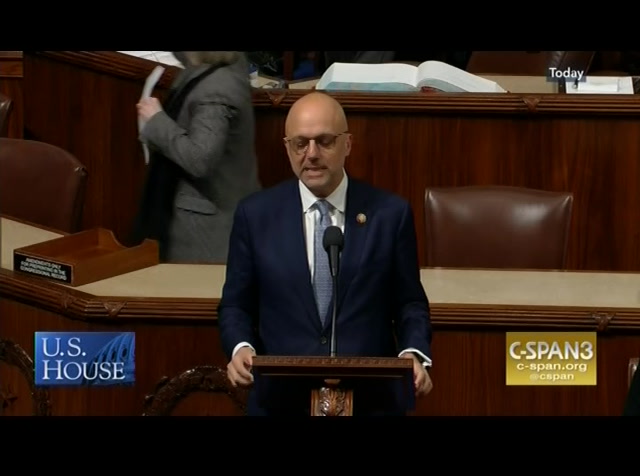 no one should make it political. the use of anti-semitic language and images can never be tolerated. when a presidential campaign runs a commercial alleging a jewish global conspiracy in an ad featuring george soros, lloyd bla blankfein and janet yellen, it must be condemned. the same campaign tweets an image of their opponent featuring a jewish star and piles of money, it does the same thing and must be condemned. when one of our colleagues accuses s s them of buying the election, that must be condemned. one of our colleagues invokes the classic anti-semitic language that jews control the world, that jews care only about money, jews cannot be loyal americans if they also support israel, this, too, must be condemned. we have the opportunity to contempt all of that by all of them, intolerable as it all is, by passing a strong condemnation
4:10 pm 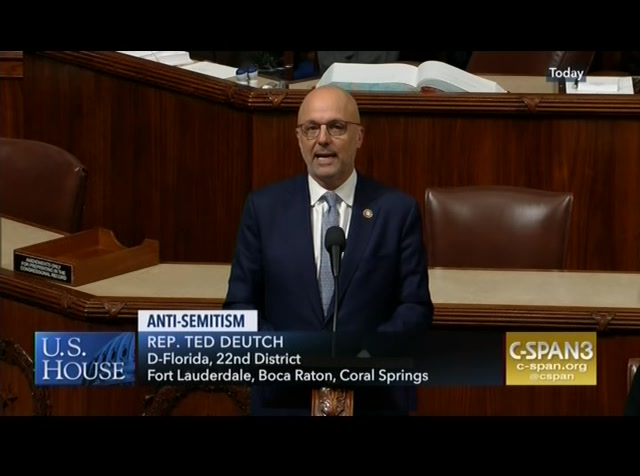 of anti-semitism. my colleagues, because of anti-semitism over millenia, millions of jews have been hated, targeted, expelled from their countries, violently attacked, killed, and exterminated. words lead to action and to death. there is too much hatred, too many other people who are targeted, and we need to support all of them, but we are having this debate because of the language one of our colleagues, language that suggests that jews like me who serve in the united states in congress and whose father earned a purple heart fighting the nazis in the battle of the bulge, that we are not loyal americans? why are we unable to singularly condemn anti-semitism? why can't we call anti-semitism and show that we've learned the lessons of history? it feels like we're only able to call the use of anti-semitic
4:11 pm 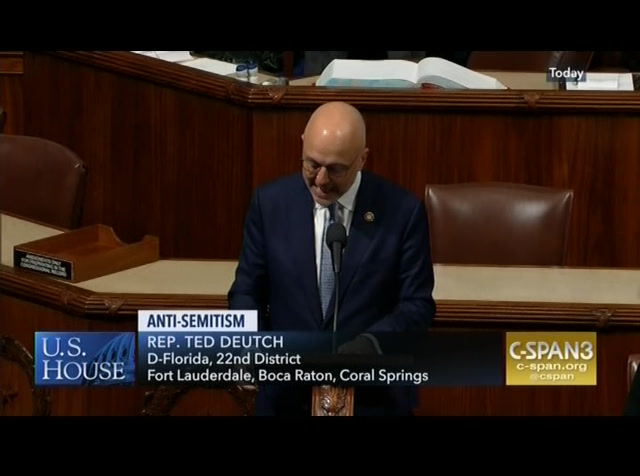 language by a colleague of ours, any colleague of ours, if we're addressing all forms of hatred and feels like we can't say it's anti-semitism unless everyone agrees that it's anti-semitism. who gets to define what counts as stereotypes and discrimination? bias, experienced that hatred for thousands of years. if jews whose families were persecuted or attacked or killed talking about how anti-semitic words can lead at most hateful and violent extremes, then it's anti-semitism. take my word for it. if you don't do that, then please understand that an anti-semite will hear those words as a dog whistle. what's been so difficult for so many people in my community is that people who are fearful when anti-semit anti-semitic tropes are used are being told they're wrong. jewish elected officials are saying this history we know well is invoked by referencing dual loyalty and some of my colleagues are saying that it
4:12 pm 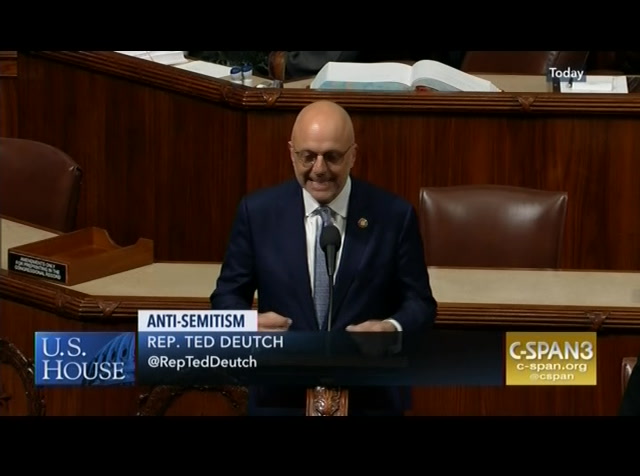 doesn't matter what that history means to me. it is intensely personal because it is ongoing. in europe, in asia, in the middle east, in south america, and in the united states, 11 people were killed less than 6 months ago in a synagogue because they're jews. what's happening in our country should alarm us all. the attacks on our colleagues because they are muslim or african-american or hispanic or members of the lgbtq community, any attack must be condemned when it's based on hatred. but when a colleague invokes classic anti-semitic lies three times then this body must condemn that anti-semitism. anti-semitism is worthy of being taken seriously on its own. it's worthy of being singularly called out. jews control the world. jews care only about money? jews have dual loyalty and can't be patriotic members of the country in which they live? words matter.
4:13 pm 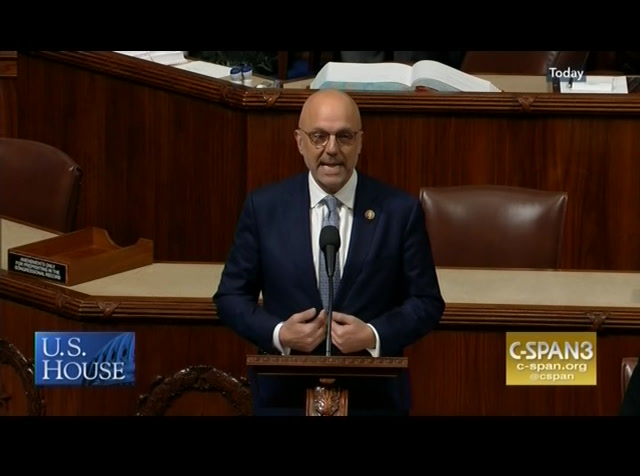 for generations, they have had dangerous consequences for me, for my family, and for my people. this shouldn't be so hard. i yield back. >> you can watch the debate on the house democrats' resolution condemning anti-semitism, anti-muslim discrimination and bigotry against minorities when the house takes it up, live on c-span. the war in the pacific, a cure for measles, and the life and legacy of dwight eisenhower. this weekend on "american history tv," saturday at 1:00 p.m. eastern, pacific war scholars on world war ii's first major pacific allied offensive. the battle of guadalcanal. >> for the american public, guadalcanal came to symbolize the first fair test of basically the manhood of the generation
4:14 pm 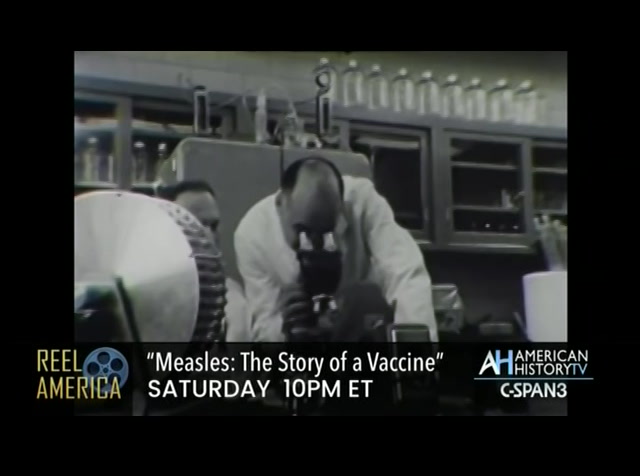 that have to fight the war. >> then at 10:00 p.m. on "reel america," with the rash of outbreaks of measles this year, a look back at the 1964 film on the history of measles and the development of a vaccine. >> in a few weeks, the results are evident. the monkeys that were not vaccinated developed measles. the ones like this one that were given the experimental vaccine show no signs of measles, but they have developed protective antibodies. dr. enders and dr. katz now know they have developed for the first time a vaccine which will provide safe protection against measles. >> and sunday night at 8:00 eastern on "the presidency," university of virginia professor and author, william hitchcock, on the age of eisenhower. >> dwight eisenhower was the most popular man. the most respected man. the most admired man of that period 45s . '45 tos '61.
4:15 pm 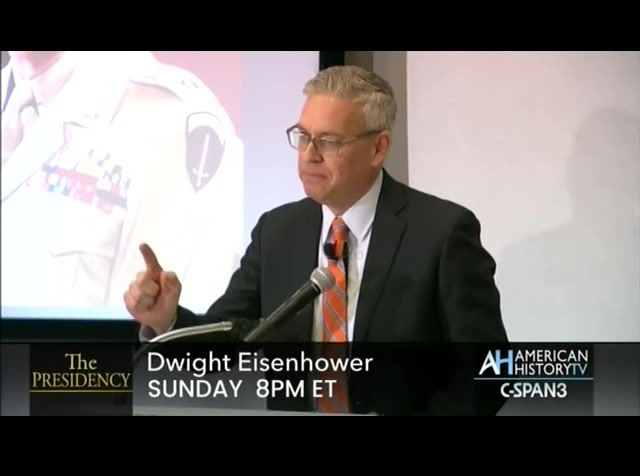 his average approval rating, ladies and gentlemen, while he was president for eight years was 65%. average. the next president who comes closest to that is bill clinton. and after that, ronald reagan at 53%. they're way in the rearview mirror. >> watch "american history tv" this weekend on c-span3. the ceos of equifax and marriott international testified before lawmakers today on recent data breaches. arne sorensen of marriott apologized for information having been stolen from approximately 383 million guests. this hearing of the senate homeland security permanent subcommittee on investigations ran about 2 1/2 hours. >> permanent subcommittee investigations will come to order. it
left
right
disc Borrow a DVD of this show DVD
tv

Rep. Ted Deutch (D-Florida) spoke on the floor calling for a resolution to condemn what he said were anti-Semitic remarks by a member of the House. He did not name the member. He said individual acts of bigotry should be called out individually, not only as part of a larger condemnation of hatred generally.