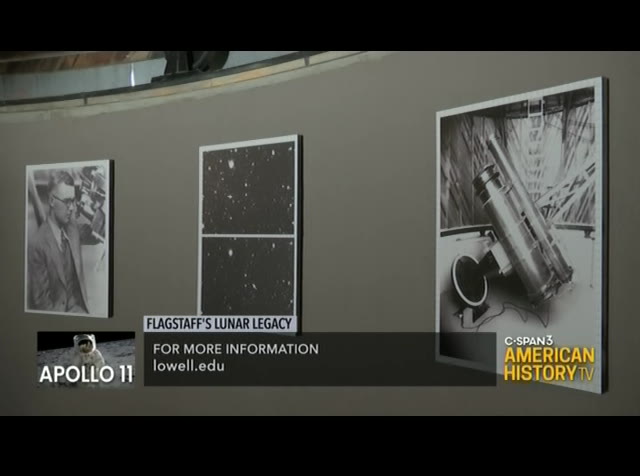 , all trained whileomers -- professional astronomers are making great discoveries that inspire us astronomy is in the realm of not just as -- not just professionals. if you have an interest you can do a lot with it. just look up and you can be excited about it. nasa's jetweek visit propulsion laboratory in pasadena, california to hear about its history and the contributions they have made to space exploration. a place that we actually call the center of the universe. it might come across as egotistical. this is the original mission control for jbl. jpl we have explored all
12:33 pm 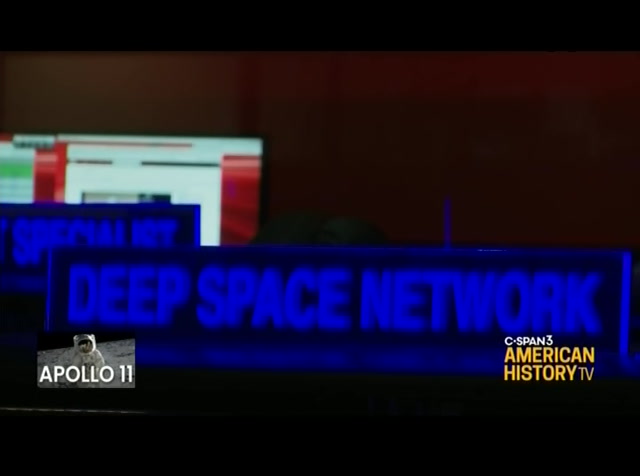 of the solar system and we are paving the way for human exploration elsewhere in the solar system. people are very proud of what we do here, i think it helps community spirit to have a place like jpl or caltech in your backyard. tell me about how the jet propulsion laboratory got its start here in pasadena and why is it here? >> a very interesting story of something that was not planned and fate made it happen. was a young student named frank malina who came to texas and came out here to do his graduate work and got interested in rockets. thinking that was something that
12:34 pm 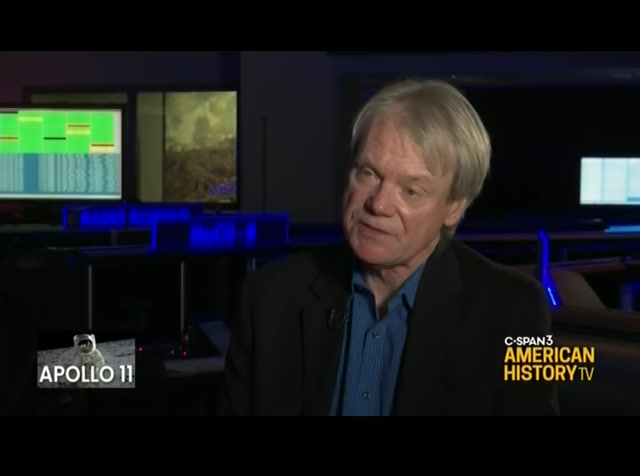 was what the future was about. it was those days considered but rogers stuff, academics did not want to have anything to do with it. frank had a mentor by the name of theodore von carmen who is originally from hungary. the best indered understanding aerodynamics. aviation was coming on in this time. karman liked people who were off the edge trying to do things differently. some non-caltech young people came to caltech and said we want to build rockets. they hooked up with the caltech
12:35 pm 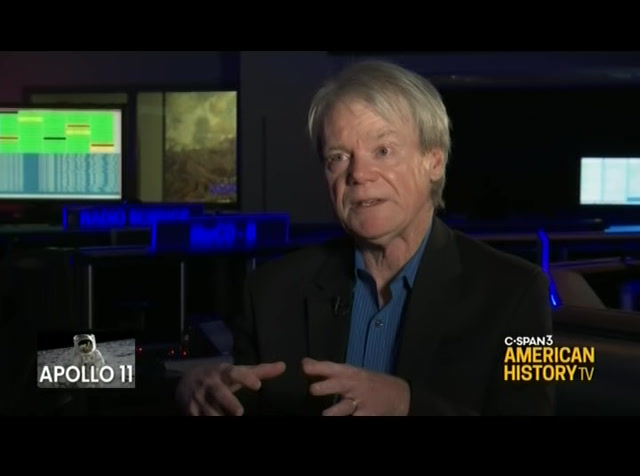 students and they began to build rockets. they became known as the suicide squad because very using a lab that caltech and they basically blew it up. and routingoing on laboratories with the chemicals. as a result they kicked them out of caltech. they said go somewhere where it is safe. and about six miles from caltech is the area here that was totally deserted, it was nothing. they started doing rocket experiments here and were the first ones. it was halloween day 1936. it did not go that well. they were basically testing the motor and it would not shoot off, but it did shoot off, not towards the sky, but down and around. they had to scramble and go running
12:36 pm 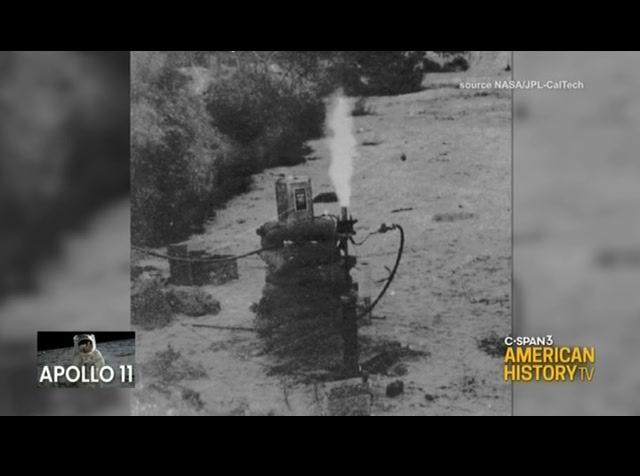 for their lives because of the danger of the rocket. in the 1930's, the german military became very interested in rockets. this is when the nazis came into power, they took over some of those rocket members, particularly von braun, who wound up building the saturn five which took us to the moon. he became the leader of their effort to build a rocket called the v2 in world war ii. it was used against the allies in the latter part of the war. when allied intelligence became aware of the fact that germany was building these rockets, please ballistic rockets, they looked -- these around and said we need to get a rocket program going. and they turned to what was these amateurs working outside of caltech here in this area.
12:37 pm 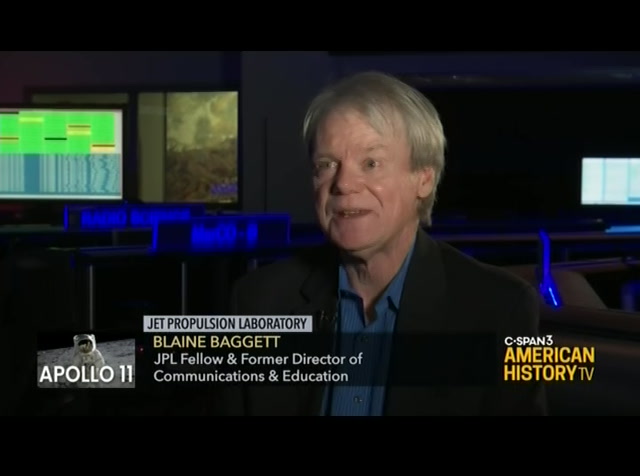 basically in shacks. the military started giving money to caltech to start developing a rocket. the first rocket built was called private. kind of military hierarchy. it was basically seeing if we could get one off the ground. from there, they went to what was called the corporal. the corporal was basically about completed at the end of world war ii. so, the united states was not really into the rocket business until after the war. but at that point, von braun had come to the united states and many of his german engineers. they were put in texas for a while and an operation called operation paperclip. and literally caltech, jpl, which by that time
12:38 pm 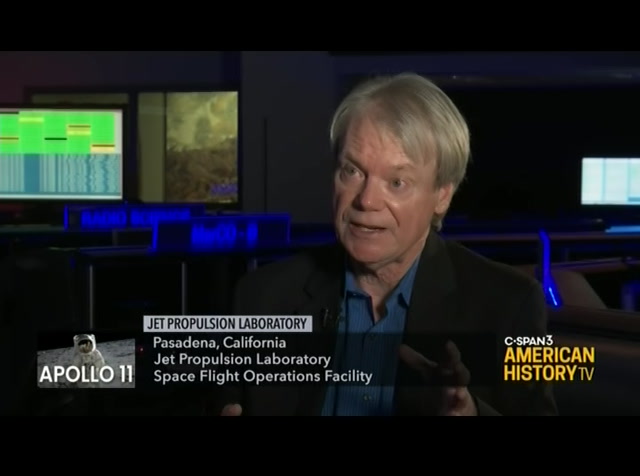 jpl had been given a name, and von braun's group worked together to take one rocket that jpl built and another he had built, and to basically go up almost to space. we almost could have gone to space with a satellite before the russians did. but after the corporal, we did the sergeant. at this point, basically jpl is interested in the ideal of guided missiles for the military, and those particular guided missiles were nuclear-tipped. they were the first deployable rockets in europe to defend the nato alliance at that point after world war ii. but jpl decided,
12:39 pm 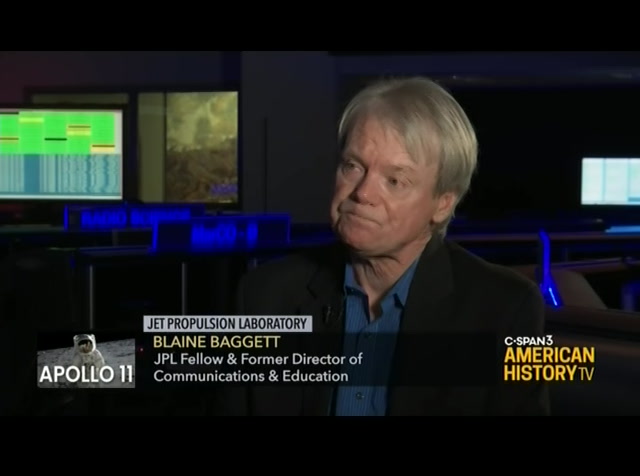 with caltech, that we did not really want to be building weapons systems anymore. we particularly were not as interested in the missile as we were in what could go on top of the missile for science reasons. and as a result of that, we began working in the late 1950's on building a satellite. we were not supposed to really be doing that, we were kind of on our own. when the world was surprised by sputnik in october of 1957. >> today a new moon is in the sky. a 22 inch metal sphere placed in orbit by a russian rocket. >> eisenhower first turned to the navy for another project they were working on to build a rocket and spacecraft. it blew up on the launchpad. live on national tv. great embarrassment. then the
12:40 pm 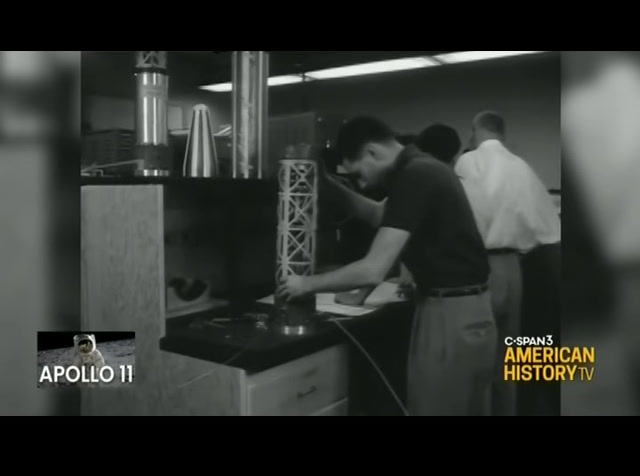 eisenhower administration turned to jpl and the army and von braun. they said, can you do it? we did it in about 60 days. because we had a satellite already. what was interesting about that to me was that the foresight to put in that satellite had actual science instruments. that geiger counter found out, discovered, that what surrounds the earth are these radiation belts which are checked earth from the sun and
12:41 pm

particles from the sun. that would essentially kill us. our molecular structure would break down. the very first time there was a space discovery, it was here at jpl, in what is called the vanallen radiation belts. it was about life, it was about how precious life is here because of the way our earth and the radiation belts are arranged. the interesting thing is this is there is not nasa yet. what jpl january 1958. -- nasa was formed later that year. what jpl wished to do was science discoveries. these were turned to a new organization called nasa. they had two goals? one was to have a human program -- go to the moon with astronauts. the second was to explore the solar system. we took the lead on that. >> how was the jet propulsion
12:42 pm 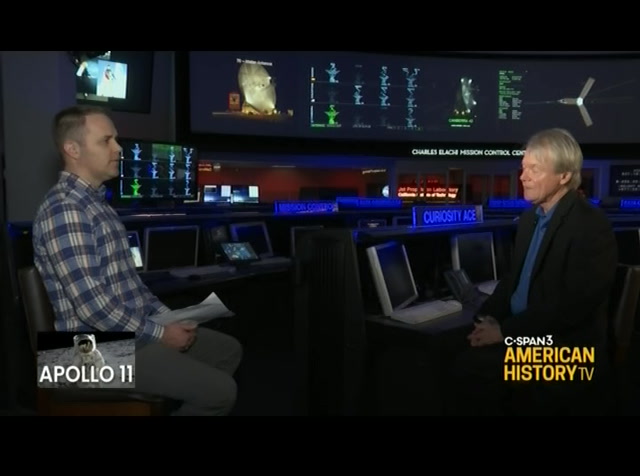 laboratory funded? >> we are funded by nasa. the federal government and grants. we do a little bit of defense work. of our worke to 10% is not nasa work. >> how has the funding changed? relativelybeen asady in our growth -- federal government budgets go up and down we can go up and down as well. compared to a lot of places we have been very fortunate in showing the world what we can do. they keep coming back and asking us for -- asking for us to do more. >> is the interest in scientific changeh and things like and administration of fact
12:43 pm 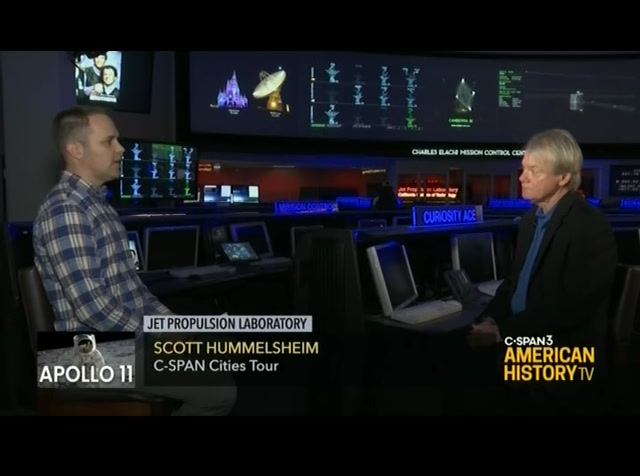 funding that nasa receives and that jpl receives? i've haveat thing seen over the years is the -- people support for get it. they see that the public is excited about it. they see what is popular and they see the benefits. it inspires people to become scientists and engineers what we do here. a huge boost to our technological capabilities. all the things that we learn to do here with engineering, a gets filtered out through all of our society. technology for a country like the united states is very important. this is one of the spearheads at that effort.
12:44 pm 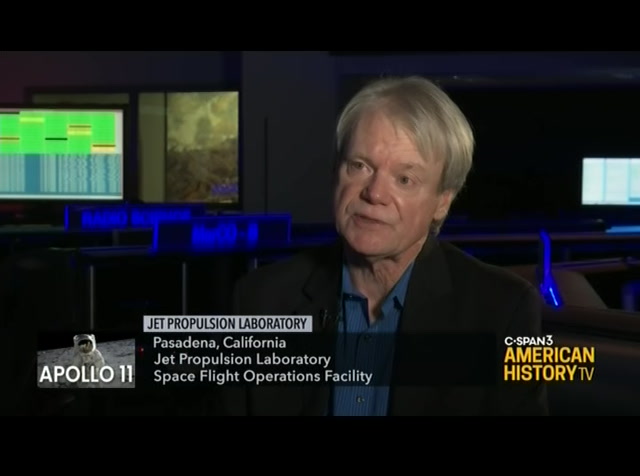 we have been very fortunate in leaders nation's regardless of what party have been supportive of what they do. -- what we do. >> what are some major discoveries that have an made possible by the work done here the jet propulsion lab? >> we were the first to do many things in space exploration. persons -- werst had the first hard landing in the first soft landing on the moon to prove it was safe to land on the moon. there were concerned by some scientists that the apollo astronauts might sink down into moon dust and not be able to get
12:45 pm 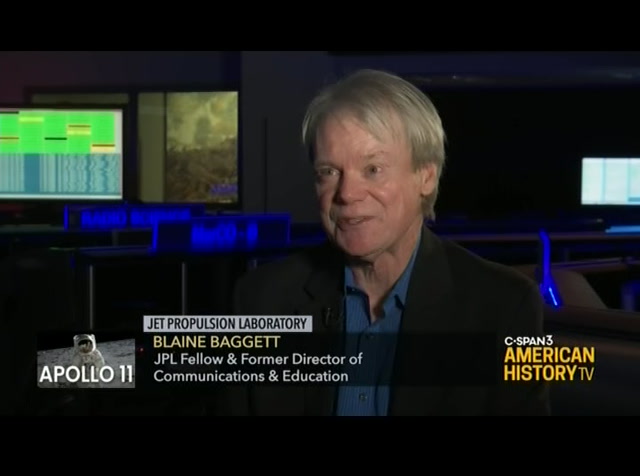 back up. that was one of the first discoveries that tied to the human program. first to have the first planetary flyby, to understand what kind of a tortured and scorched world that is. intore the first flyby orbit of mars. have gone into the ability to go further out in the solar we had to build an infrastructure of communications. we have a deep space network and we send out signals. what was involved in that is --ically the ability yourself on, the technology that is there and how these
12:46 pm 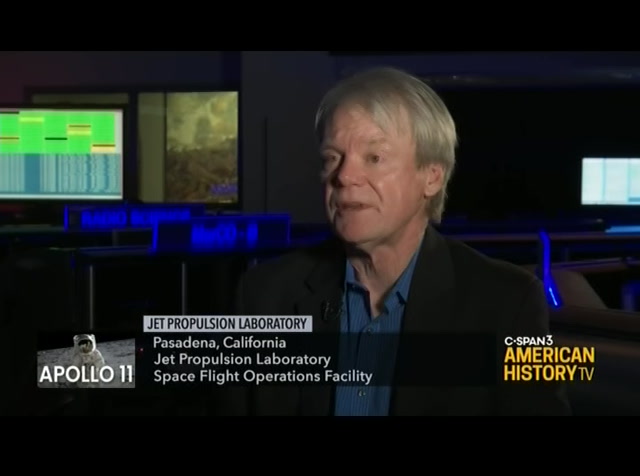 communications work, something that is the result of that, our technology is being used year after year as a progression of technology. you're looking at your cell phone when you turn on your camera on your cell phone, digital photography was first used when we went out to see mars. do sort of things that we are not just an instrument that lasts for a short time but smote our technology is very long-lasting. what is -- >> what is the next big thing or big moment they are looking for? >> i have not mentioned what we do with our science. i think one of the big things is understanding what is happening to our planet, climate change.
12:47 pm 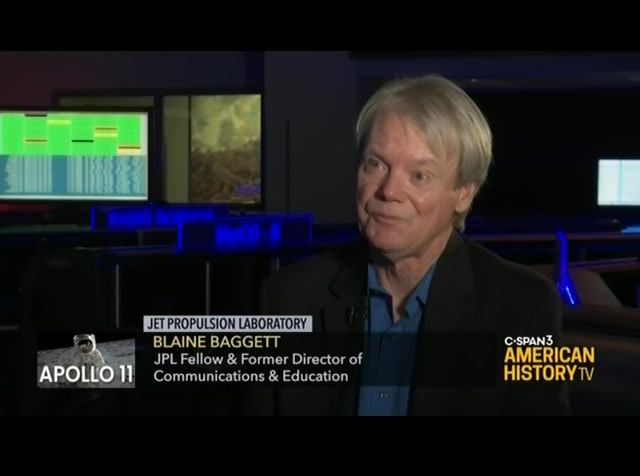 is an ongoing effort that will be so important in the days to come. this drumbeat of information is coming back from our missions. that inahead beyond terms of exploring the solar system, in 20 it is going to be a huge year on mars. we are sending another rover to mars launching in 2020. the european space agency is sending the rover to mars in 2020. it is going to be getting very busy up there. >> where do you see the future of the jet propulsion laboratory going and what is next for the folks working here?
12:48 pm 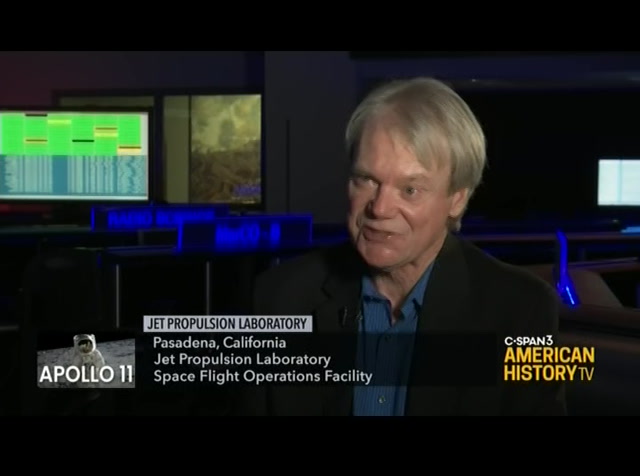 going off ofout questions. we have questions to answer. large.e so ,hat we want to know fundamental questions like are we alone in the universe? can we find life? can we begin to answer the questions of how the universe began, what is its destiny? these are huge questions that jpl is starting to move into. we want to understand our own planet. what is happening to it and see what we can provide, what information can we provide to decision-makers to make this planet a more habitable and safe place. way for humanthe
12:49 pm 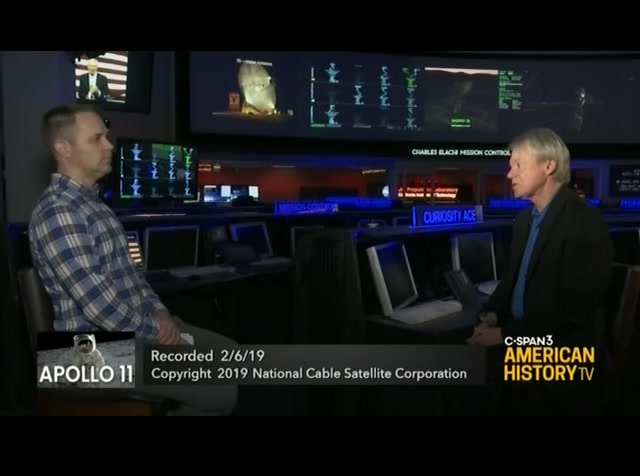 exploration. elsewhere in the solar system. >> ok the contingency sampler is down. it's a little difficult to dig through the crust. surface butry soft here and there with the contingency sampler collector i run into a very hard surface. cohesives to be very material of the same sort. rock inry to get a here. >> you are watching american history tv. every weekend beginning saturday at 8:00 we bring you 48 hours of unique programming exploring our nation's past.
12:50 pm 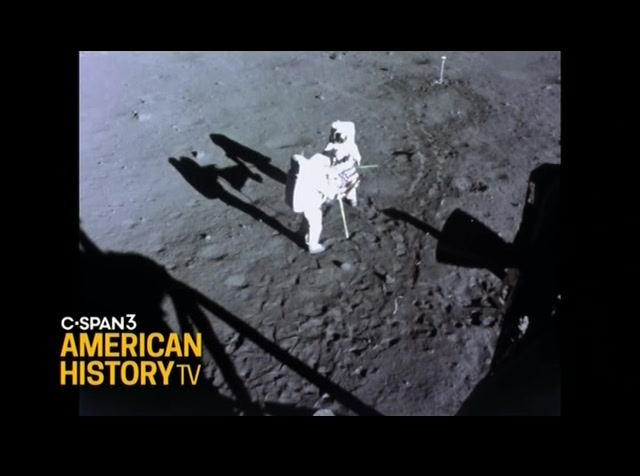 american history tv is only on c-span3. >> i believe they are setting up the flag. this is hewson, radio check, over. roger, we read you loud and clear. >> loud and clear houston. >> loud and clear buzz. america in space, the first decade is a 1968 film reviewing the major accomplishments of nasa since it was established by congress. documentary culminates with the successful launch of a saturn five rocket anticipating the apollo missions to the moon. when did the explat
left
right
email Borrow Program
tv