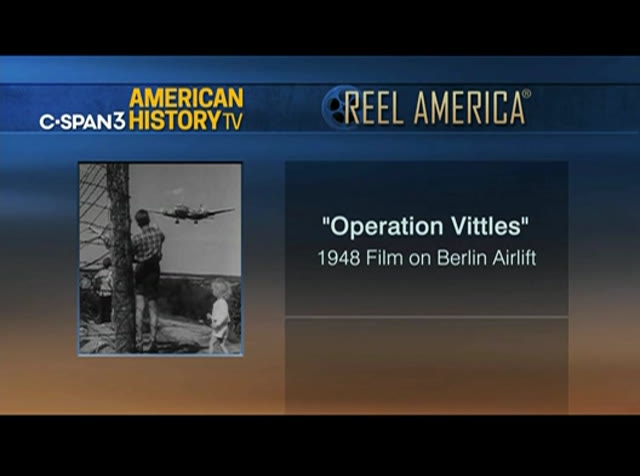 next on railamerica, from 1948, operation vittles. it tells the story of the berlin airlift. ♪ >> 1948. that's when i was assigned to cover berlin again. the city was still occupied and caught up. it had lifted its head and begun the war. some could find jobs, but others had to find places to build. they suffered shortages and
10:21 pm 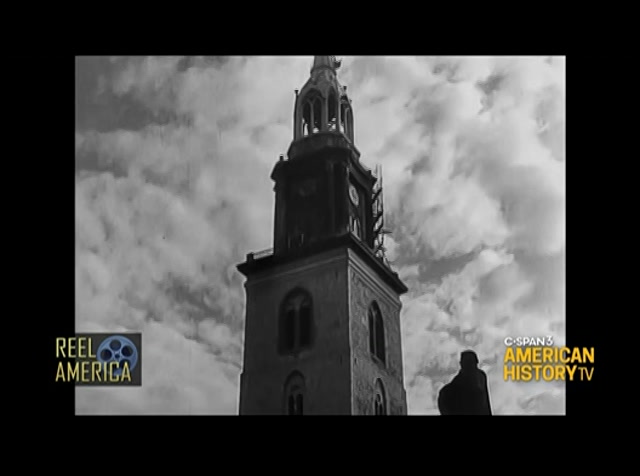 postwar trouble. the people lived in comparative peace. -- it was showing results. i was impressed. subways taking people to work and trolleys taking people home. hospitals had milk for new babies. there was even music in the park. everyone forgot or took for granted electricity, roads. until june 1948, when sudden the trains stopped. traffic between berlin and the western zones was banned. canceled timetables. then trade.
10:22 pm 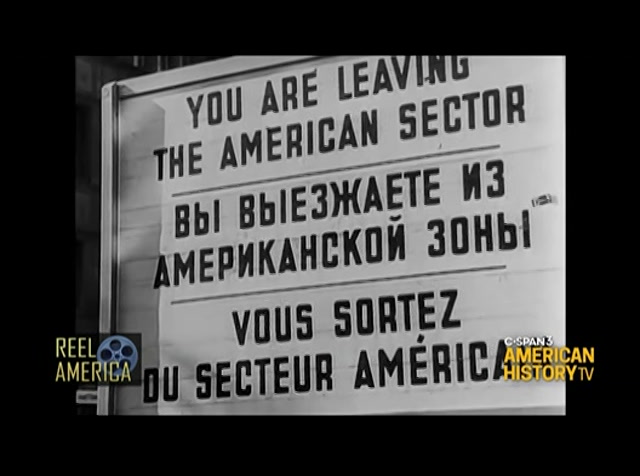 walls of words. and orders blockaded the city. the blockade cut electric power and cut out 75% of the lights. people used candles, if they could find them. movement in and out of the city stopped. factories now manufactured hunger and fear. vegetables were planted in the parks and trading in the alleys. in addition to 2.5 million germans, the blockade affected 5000 frenchmen, 10,000 englishmen, and 10,000 americans. this crisis was immense. the same morning the train stopped, they woke me up. early. i had to fly a special run with high priority military. nobody said that we were starting operation vittles.
10:23 pm 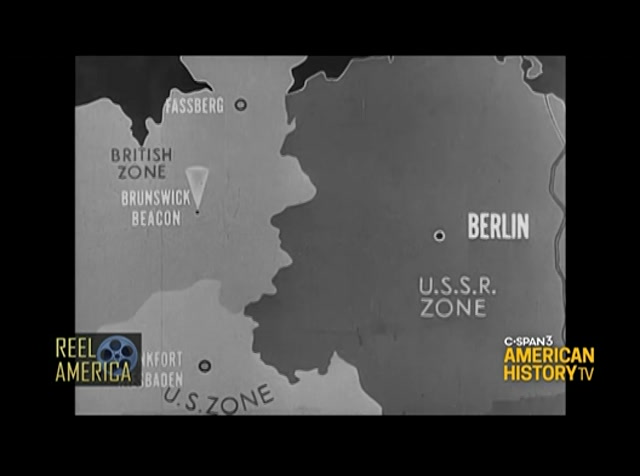 i would have shaved. back in 1945, western cities were connected with berlin by court orders in the air. sufficiently wide and high for normal traffic, they gave berlin easy access to the western zone. but my one c-47 couldn't feed all of berlin, a city bigger than philadelphia. the initials would strangely match the occasion, e.a.t.s. he asked for help. this could be any city, anywhere. the notorious german weather tried to interrupt rescue. record rains fell that first month. the company increased with every
10:24 pm 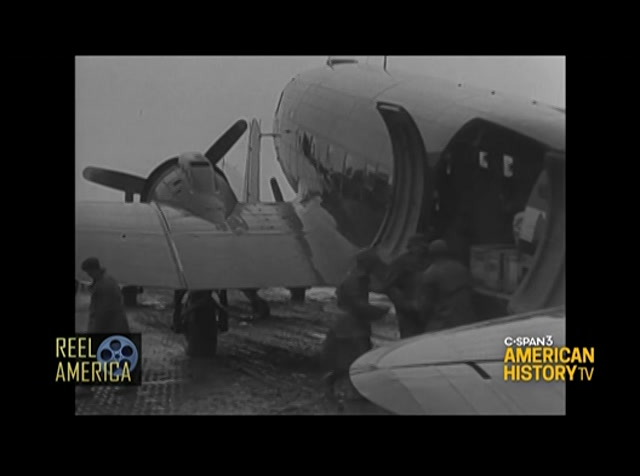 flight. we flew in the weather and i could not even see my own fan turnover. it was terrific training. some of my buddies who bombed religion a short time ago were risking their lives again, this time to keep that same city alive. this -- low visibility caused crashes. fortunately, all the crew members were able to walk away from this one. that they carried was used in berlin. airlift continued, even as berlin's mayor paid respect to
10:25 pm 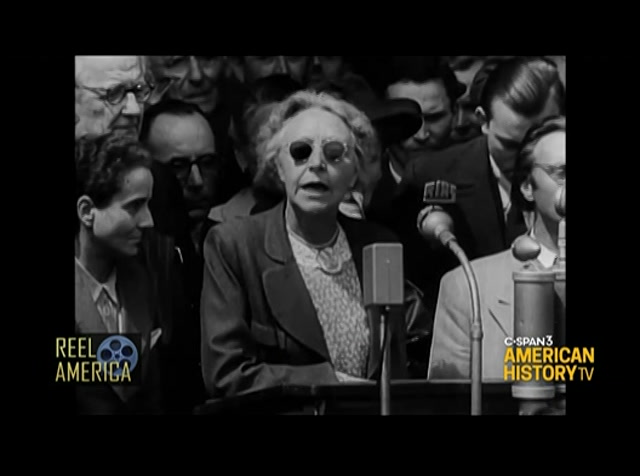 the flyers who helped to feed the city. this, the city was eating into its reserve. the barges helped us over the blockade. gave us another terminal, only 50 flying minutes from berlin. we worked together in peace, as in war. they directed to put in effect the berlin airlift plan. they were shown to air force
10:26 pm 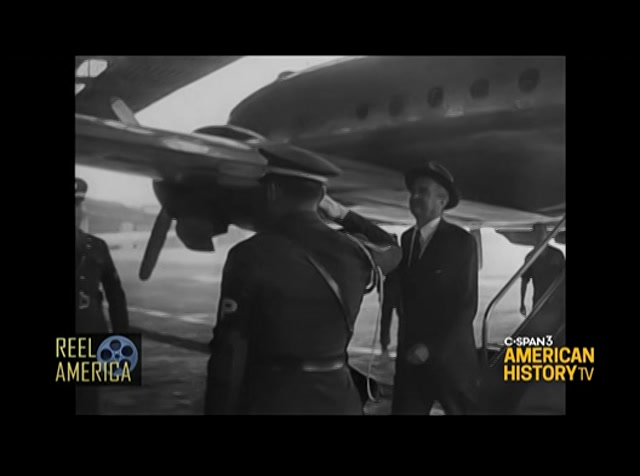 leaders. the secretary of the air force and the chief of staff, general vandenberg. the commander of the airlift task force. yes. they looked us over. caribbean, to the united states and alaska. , c-54's can'tases move without us throttle jockeys. ableew the carriers, each inlift them as carefully peacetime as in wartime. we reported promptly and our country was proud of its air force, on a mission of mercy and international significant. some of us came to frankfurt to
10:27 pm 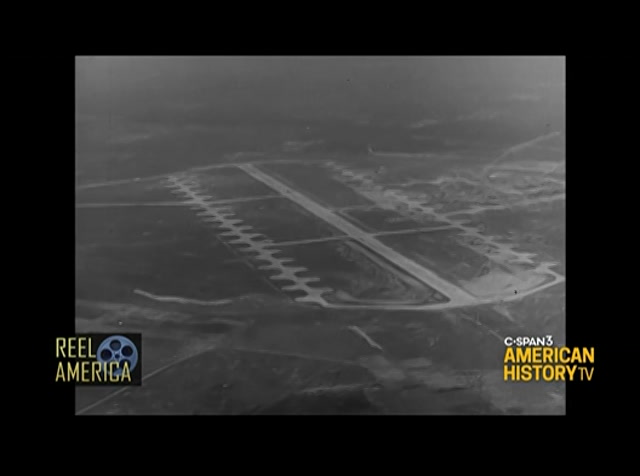 the air force base. those trucks were waiting for us. we got down in a hurry to give them a lift. stuff was much more organized. somehow, it all went into our airplane. it was packed in g.i. barracks bags. biggest item was pumpernickel. every ounce of cargo was checked. gise was g.i. soap for the and milk.
10:28 pm 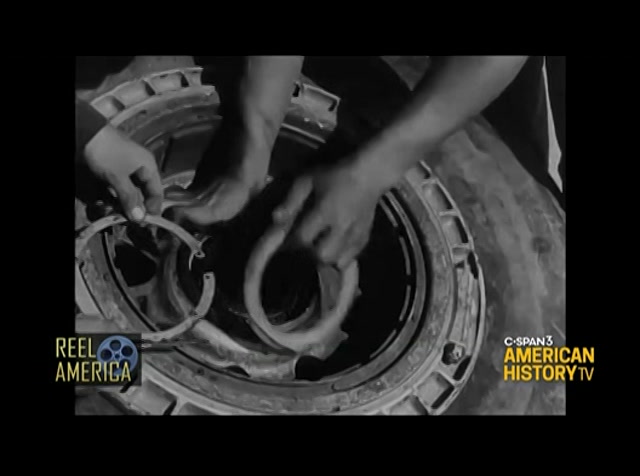 trained ground units. streamlined maintenance was in germany, england and in texas, usa. >> from the gulf and east coast -- the oceanill born leg of the airlift brought approximately 12 million gallons of aviation fuel to germany every month. we carried enough gas for the trip and return. one of our again -- it wasn't much, just candy on tiny handkerchief parachutes dropped to the berlin kids. what a great guy. we all gave candy and handkerchiefs. gave him a piece of sky. each plane got an altitude
10:29 pm 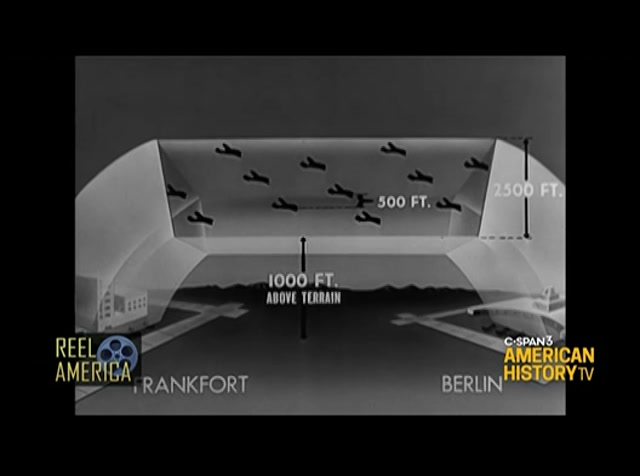 and a moving block of space. 40 to 50 airplanes were crowded in the narrow airway. careful timing, controlled by the most modern communications facilities, made the airlift work. >> that's how we could fly three roundtrips per day and provide food and fuel to a city of 2.5 million with a handful of planes. and even a supply for kids who waited on a certain hill for little vittles. ♪ >> american history tv products are available at the online store. seeo c-span store.org to what is new for american history tv and check out all of the products. >> irish ambassador to the united states daniel mahal and historian martin mansour talk about the connections between
10:30 pm 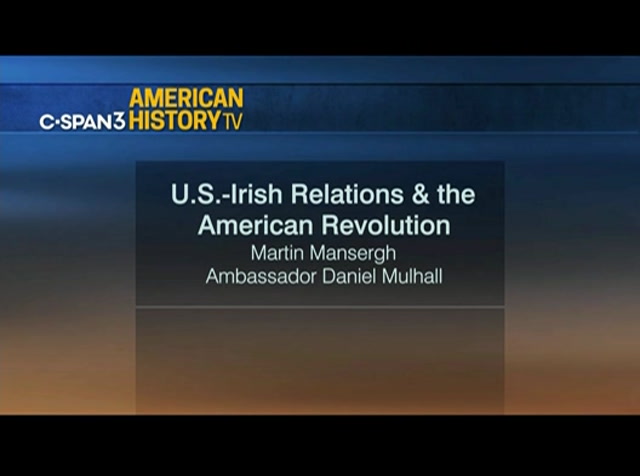 the irish and american revolutions, and the relationship between the two countries ever since. the museum of the american revolution in philadelphia hosted this event. it was in conjunction with their first international known exhibition, cost of revolution, the life and death of an irish soldier. mr. mansour's ancestor st. george is the exhibit's subject. ? -- >> welcome all. i'm scott stevenson. i'm the president and ceo of the museum of the american revolution. thank you very much. [applause] >> how many of you are visiting the museum for the first time? i love that the proportion of hands is getting lower and lower.
left
right
disc Borrow a DVD of this show DVD
tv

This U.S. Air Force film nominated for an Academy Award tells the story of the Berlin Airlift, one of the opening events of the Cold War.