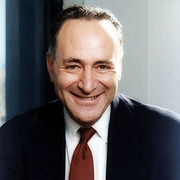 if we could all promote and live within our experience, we could all be in a better place, not only in the city and the state but across the nation. us october 6 join and seven when we will feature our visit to hawaii. watch hawaii weekend on c-span, www.c-span.org, or listen on the c-span radio app. senate chuck schumer talked about his meeting with judge brett kavanaugh, president trump's nominate to replace anthony kennedy. senator schumer said he remains unsatisfied by judge kavanagh's answers, particularly those related to abortion rights protected under the roe v. wade decision.
6:35 am

>> ok, good afternoon, everybody. before i begin, i have been meeting with judge kavanaugh until about 45 minutes ago. so i have not had a chance to view all the details of the plea deal and the verdict today. say this -- i understand the president is on his way to a rally. he better not talk about pardons for michael cohen or paul manafort tonight or anytime in the future. now i will tell you about my meeting with kavanaugh. i've just concluded that meeting. we met for an hour and a half and i asked for extra time and he gave it. the conversation was cordial, it was direct, but unfortunately, judge cabinet refused to answer
6:36 am

even the most they sick questions about -- even the most basic questions about his jurors curtains and basic philosophy. let me walk through the topics we talked about. first, on women's reproductive freedom, i understand the judge told other members today that he considered roe v. wade settled law. he did not say that to me. but that is not the important or decisive question. everything the supreme court decides is settled law until a majority of the supreme court decides to unsettle it. conservative justices have a habit of saying something is settled law during their confirmation and then overturning it the minute they did on the bench. i asked judge kavanaugh the appropriate question. i asked him if he agreed that roe v. wade and planned parenthood were correctly decided. he would not say yes. shivers downend
6:37 am

the spine of any american who believes in reproductive freedom for women. i asked judge kavanaugh about certain restrictions on a woman's right to choose. such as banning abortion after four weeks or six weeks or acquiring the approval of two physicians. he would not say that those constituted an undue burden on a woman's right, even for weeks, he would not say was an undue burden. has a specialh obligation to make his views on this topic clear. he said everybody says settled blog does not answer questions. i reminded him repeatedly that he is in a unique position. nominatedresident has someone to the supreme court after saying i will only nominate someone who overturns roe v. wade. it means he had a special obligation to dispute that if he did not agree with it.
6:38 am

he did not. at all. i asked him when he was in the president's office, did he say mr. president, i want you to understand, it's settled law. thatt you to understand you cannot count me as absolutely overturning roe v. wade. he did not venture any of that. leaving, it would seem to me, a president with the impression that his standard was being met. a specialnaugh has obligation to make his views on this topic clear given the president's litmus test that he would only appoint judges who would overturn roe. on that obligation, judge kavanaugh failed spectacularly. he would not give me any reassurance that he believed roe or casey were correctly decided
6:39 am

or should be left alone. and we explicitly discussed the litmus test. i asked him if he met with the president, as i said, did he make an attempt to disabuse the president of the notion he would overturn these cases and he referred -- and refused to overturn -- and he refused to answer. i repeatedly asked them to reassure me that he believes the if care act is constitutional. he refused to do so. rights,reproductive it's not good enough for this justice to say, this potential just as, hope he doesn't get there, but this judge to say well, he will follow existing law. because that changes all the time. the president promised the american people he would only appoint justices who were hostile to the affordable care act. in our meeting, judge kavanaugh did not convince me that his
6:40 am

beliefs on the aca were any different than what the president articulated. power,issue of executive on which judge kavanagh seems to hold an almost unbounded view, i asked him whether he believed a sitting president must comply with a subpoena or testify or provide records. he would not say that the president must comply with a subpoena or provide records. on a major civil rights case, shelby v holder which gutted the voting rights act and led a torrent of discriminatory restrictive voting laws, judge kavanagh would not say if the decision were correctly decided. i reminded him that after the case was decided and chief justice roberts said, well, the world has changed. we don't need this law anymore.
6:41 am

19 states went ahead and change their law and in a few of them, there is documentation explicitly changing the law to prevent people of color from voting. i asked him, given that new evidence, wouldn't he agree that shelby was wrongly decided? he would not agree. we also spent a good deal of time going over his years in the bush white house. judge either, the wouldn't answer or couldn't remember key moments of his tenure. he acknowledged being part of the white house's response to the enron case but couldn't provide any details about what he did. -- iack of recollection asked him if he ever discussed roe v. wade at the federalist society. and his lack of recollection on did not ringhing true. he is a bright man. question like
6:42 am

those, he said i could not recall. he said, i asked him, about his saide as secretary and he the partial-birth abortion ban in 2003 came across his desk as secretary but he could not or would not describe his involvement. i asked if he made a comment about it or said it was the right thing to do. he said it was the wrong thing to do. did he make any suggestion? he could not recall. fact that judge kavanaugh could not recall almost anything that happened while he was secretary to the president work while he was , is why we need his full records released to the american people. the american people have good reason to fear how judge
6:43 am

kavanaugh might rule on a multitude of profoundly consequential issues ranging from women's reproductive rights to health care, to executive power, to labor rights, voting rights, civil rights, environmental rights. nominees have to be able to answer questions with sufficient substance to give the senator's that once on the bench, they up and centuries of precedent and disturb the well-established rights of the american people. in our meeting, judge kavanaugh was unwilling or unable to provide that comfort to me or the american people. ready for questions on this subject only. which i know you were not going to ask. [laughter] >> does the fact that michael cohen --? >> i will not answer any questions about that come i have to study this subject.
6:44 am

>> [indiscernible] >> i will say what i have said before -- if the american people are convinced that judge kavanaugh as justice would overturn roe, overturn the aca, end the right to be protective when you have a pre-existing condition, he will be defeated by a bipartisan majority here in the senate. >> [indiscernible] you said his lack of recollection did not ring true. >> i will leave it at what i said. were you set a fight by his answers? -- were you satisfied by his answers? >> could he tell me that in some instances the president should be subpoenaed and he would not
6:45 am

say yes. >> [indiscernible] >> i told you what i said. >> [indiscernible] --? about the obamacare >> he said a lot of things, at some point, he said i cannot talk a case that could become before me. i gave him hypotheticals and he said i cannot talk about hypotheticals. this has been a traditional dodge of the hard right nominees. justice roberts said he would call balls and strikes and out of thin air, he folded citizens unite. justice gorsuch said he would obey precedent and totally reversed resident on the janus case and many others. because they know that if they actually stated their views to the american people, they would be defeated.
6:46 am

our job is to try to get those out and we will keep at it. last question. >> [indiscernible] >> let me say this, i asked , regardless of what president bush or people in the room with him said, would he commit to not going to a hearing until the documents are reached. you said you were a fair-minded come about person in any fair-minded balance person would agree that we ought to have the documents particularly when he could not remember almost anything that happened when he and when he was secretary. he would not commit. >> [indiscernible] >> we have to keep at it in the ways we have been and i think what i heard today should really
6:47 am

upset large numbers of the american people. you can try it again. >> [indiscernible] the fact that michael cohen said he broke finance laws on behalf of donald trump, does that have any effect? havedge kavanaugh seems to the most expanded view of presidential power of just about any nominee i have ever come across. frightening that judge kavanagh would not even say that the president had to comply with a subpoena it -- even in a criminal case against the president that would jeopardize national security, he would not say there should be a subpoena. >> [indiscernible] we think we should get all the documents, we think we should see what he said on all of these things and we think they are rushing to judgment, absolutely. even with this situation worse now. >> [indiscernible]
6:48 am

that the president's going to rally any better not talk about pardons, what are the consequences? >> i said what i said. thank you, everybody. [captions copyright national cable satellite corp. 2018] [captioning performed by the national captioning institute, which is responsible for its caption content and accuracy. visit ncicap.org] on the c-spanday networks, on c-span at 10:30 a.m., the senate rules committee holds a meeting marking up the secure elections act. is a grantation program that would give money to states and direct the creation of voting cyber security guidelines. at 12:30 p.m., a coalition of women's rights, workers rights and women's rights will host a rally opposing the nomination of
6:49 am

brett kavanaugh. eventss will join the from the steps of the supreme court. then donald trump will award the metal of honor at 10:00 a.m. c-span2, the senate continues work on 2019 federal spending bills. ♪ >> c-span's "washington journal ," live every day with news on policy issues that impact you. coming up this morning, the host of the online program the young turks discusses aggressive opposition to the trump presidency. then author and culture will join us to talk about her new book. be sure to watch c-span's live atton journal," 7:00 a.m. this evening and joined the discussion. >> president
left
right
Borrow Program
tv