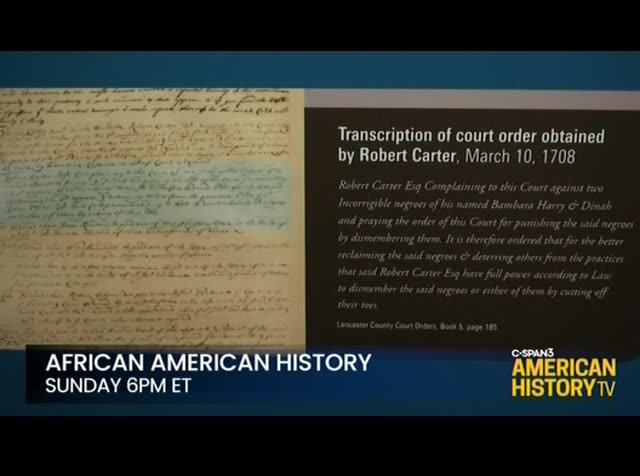 as punishment, robert carter up permission from the court in 1708 to have their toes cut off. explore our nations passed on american history tv every weekend on c-span3. house did not release a weekly address. senator bob casey of pennsylvania gave the democratic address advocating for the senate to vote on a bipartisan gun background bill. the house passed the measure in february. >> hello, i am senator bob casey from pennsylvania. every day, 100 americans are killed with guns and hundreds more are shot and injured. almost three weeks ago, a lone shooter opened fire at the gilroy garlic festival in gilroy, california. three people were murdered and more than a dozen were injured. the youngest six m was just six years old and was laid to rest
6:22 pm 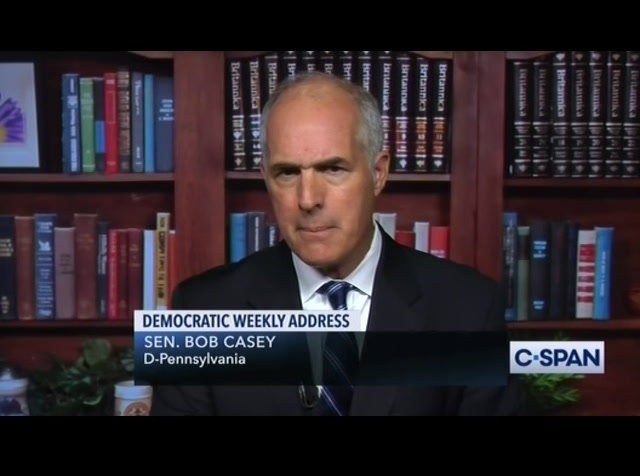 on monday. then, on saturday come august 3, another gunman walked into a with a in el paso, texas high-powered assault weapon. andhot and killed 22 people injured another 24. press reports indicate that he told police after the shooting that he was targeting "mexicans." later, in the early hours of sunday morning, another gunman opened fire at a popular bar in seconds,hio and in 32 nine people were murdered and another 27 were injured. the shooter used a semiautomatic 100 roundipped with a magazine. over that one weekend, 31 innocent people were murdered and over 50 were injured because of just two mass shootings in
6:23 pm 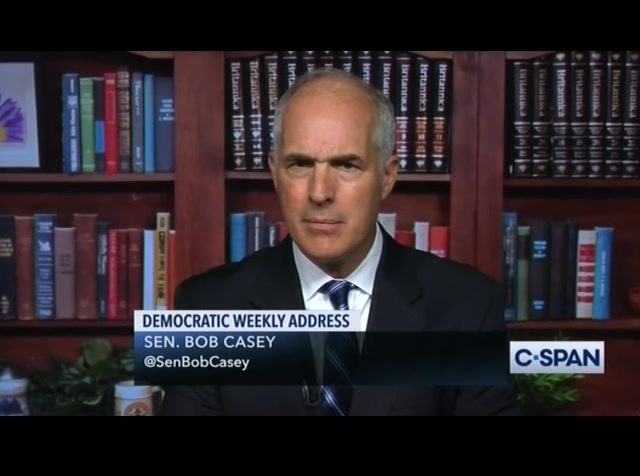 america. even as our nation grieves over the horror of gilroy, el paso, and dayton, we must confront the reality that gun violence is not just a problem stemming from mass shootings, gun violence is a public health epidemic that is plaguing our cities and communities every single day. terrorists use high-powered, military styled assault weapons to kill our children and our families. children alone, seven under the age of 17 and have been killed in st. louis because of firearms. justost recent victim was seven years old. and he was shot while playing in his backyard with his sisters. he was opposed to start second grade on tuesday. most deadly, the
6:24 pm 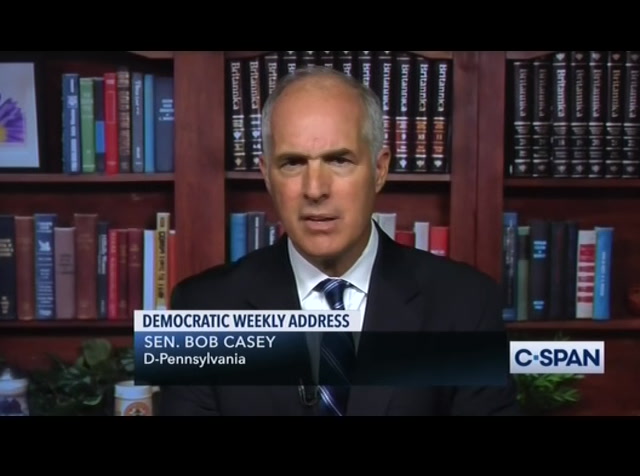 act of violence against the jewish community in american history occurred at the tree of life synagogue in the city of pittsburgh when a shooter opened fire on three congregations were morning during shabbat services and killed 11 innocent pennsylvanians and injured six others including four law enforcement officers. and, on wednesday, in north philadelphia, a man barricaded himself in a house and shot police officers with a high-powered assault weapon. still beingare gathered, press reports indicate that the gunman had a long history of criminal convictions and would never have had access to a firearm with a proper background check. to act.me for congress on february 27, the house passed
6:25 pm 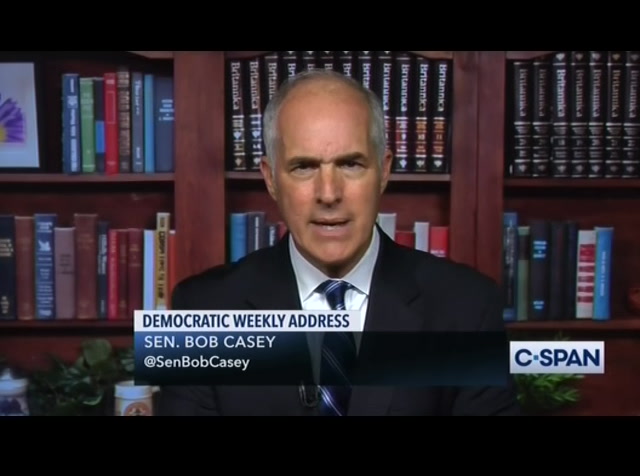 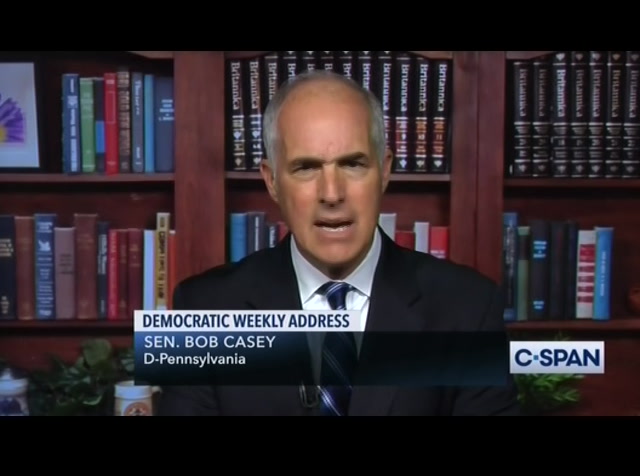 1994, background checks have prevented over 3.5 million gun sales to dangerous criminals and others prohibited from owning guns. the bipartisan, universal background checks bill has not seen the light of day in the senate thanks to mitch mcconnell. senators are sent to washington, d.c. to debate and vote on big issues. yet the majority leader has not called for a debate on any gun violence legislation in years. public officials cannot continue to simply offer thoughts and prayers while lives are lost and families and communities are destroyed because of legislative inaction. we need action. the majority leader should call the senate back to washington to debate and vote on gun violence
6:27 pm 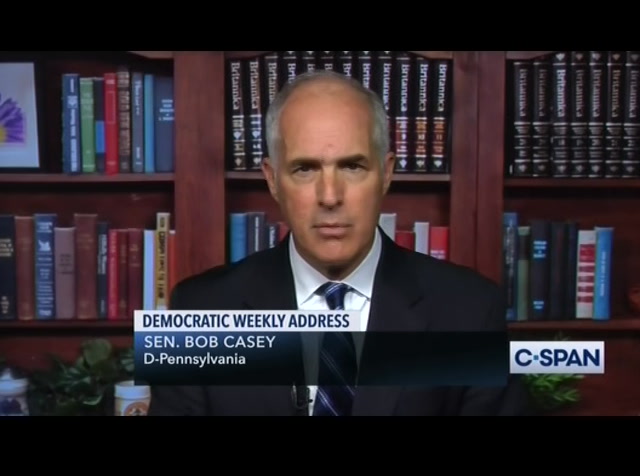 legislation. our first priority must be the universal background check legislation passed by the house in february. but there are other common sense bills in the senate we should debate and vote on including limiting the size of magazines and banding military style assault weapons. some members of congress say there is nothing we can do about this uniquely american problem of gun violence. i have to ask, is there no action and the most powerful country in the world can take? are we going to surrender to this problem that only america faces? we are americans and whenever americans have been confronted with a challenge or a crisis or an enemy, we act together as one american family. we must do so again. on this public health epidemic. universal background checks will
6:28 pm 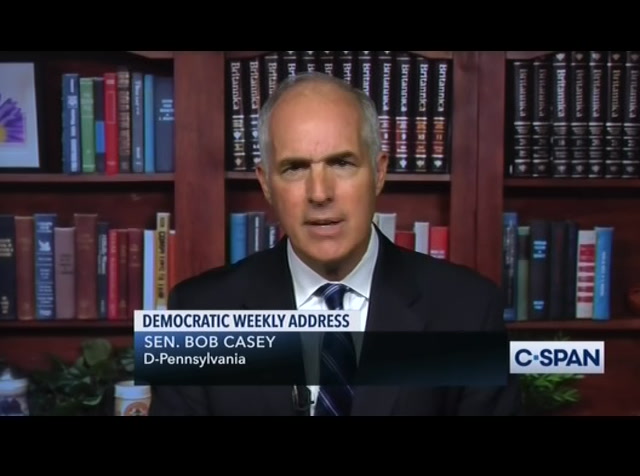 not prevent every act of hateful what hasnce or replace been lost in gilroy, el paso, dayton, philadelphia, or in communities across the country. but, we cannot surrender to a future where we continue to lose a year to000 lives gun violence. we owe it to the victims, the survivors, and families to keep working to reduce gun violence and fight the hateful extremism and white supremacy at the root of so many of these acts of domestic terror. this is a mission worthy of a great nation. mustity leader mcconnell give the senate the opportunity to debate and vote on universal background check legislation. thank you. book tv for live
6:29 pm 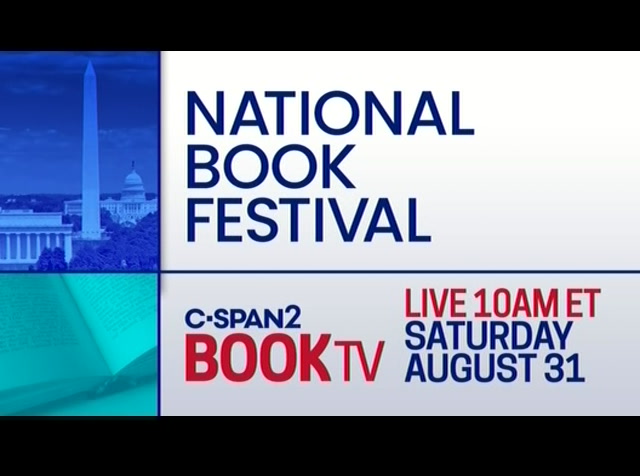 coverage of the national book festival. saturday come august 31. starting at 10:00 a.m. eastern. our coverage starts with -- david, his book is the heartbeat of wounded knee. sharon robinson talks about her dream." ld of the rick atkinson and thomas malone, founding director of the m.i.t. center for collecting evidence. liveational book festival, saturday, august 31 at 10:00 a.m. eastern on book tv on c-span2. >> the house will be in order. >> for 40 years c-span has number of writing unfiltered coverage of congress, the white house, the supreme court and public policy events from washington dc and around the country.
6:30 pm 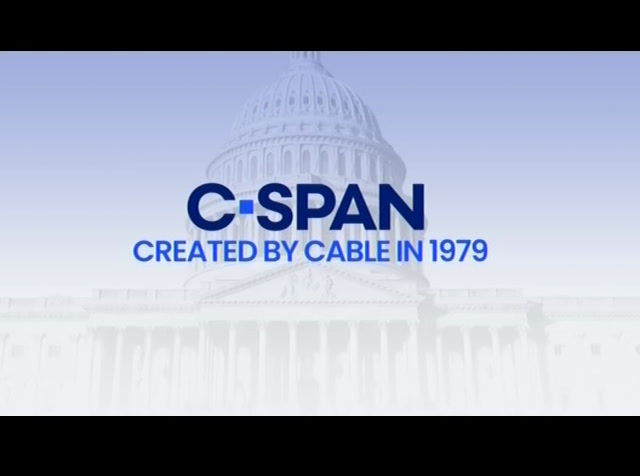 created by cable in 1979, c-span is brought to you by your local or cable satellite provider. c-span, your unfiltered view of government. peter: this week on "the communicators," we want to introduce you to daniel castro. mr. castro, what is that group and what do you do? daniel: well, i'm with a think tank. we focus on innovation, generally. we're interested in seeing innovation move forward. peter: can you give an example of that what you are in favor of? daniel: 10 years ago, we weren't talking about artificial intelligence. there's this new wave of automation. but we were thinking about the policies we would need to get there. we try to help policymakers get
left
right
Borrow Program
tv

Sen. Bob Casey (D-PA) delivered the Democratic Weekly Address outlining the need for the Senate to vote on the Bipartisan Background Checks Act of 2019.