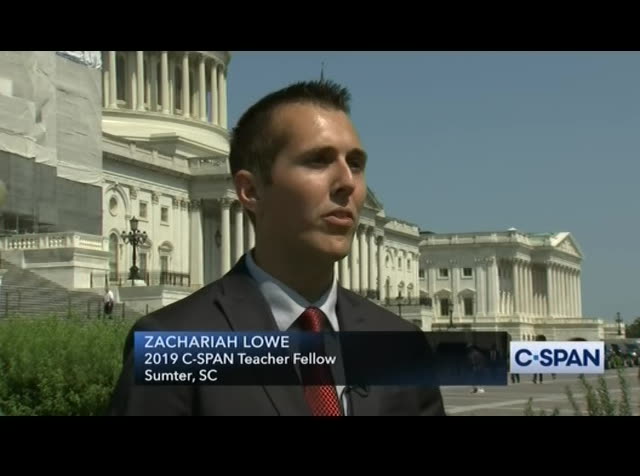 some said solely democrat and they take the quiz and it is completely conservative. also on the flipside. i think teaching them how to understand what the political parties represent in their platforms and what each individual candidate brings to the table and counteracting the hearsay and things they hear in the news or from their family members. >> zach lowe, 2019 teacher fellow from c-span, we are glad you are here this summer. mr. lowe: glad to be here. announcer: for more information about c-span's education resources including lesson plans and our teacher fellowship program, go to c-span.org/classroom. >> erik wasson joining us as congress returns from its summer recess facing a september 30
5:49 am 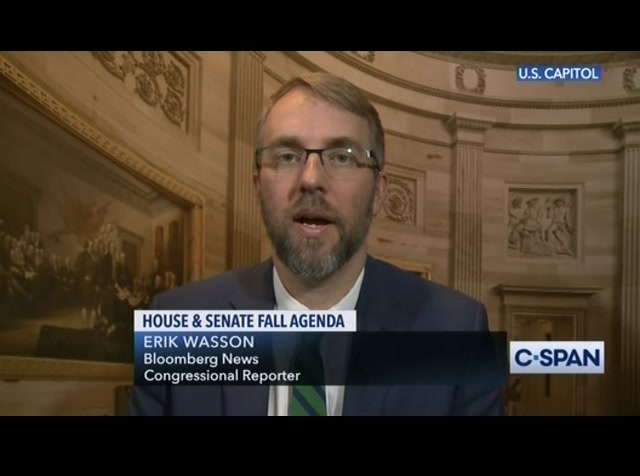 government funding deadline. the house majority leader steny hoyer in a letter to his colleagues announcing plans to take up a continuing resolution through the week of september 16. do you see any issues with congress not being able to fund the federal government this year? i am not worried about the governor as a government shutdown. i am a little bit worried about a shutdown in december or beyond. reprising the 35 day shutdown we saw. it will probably pass easily. there may be an attempt in the senate to pass the defense bill. there's interest to get that out of the way and democrats are telling me they don't want to let that go and be left with a threat that the domestic spending world would not get addressed. probably into early november or -- late november or early december at which point we will see a larger battle. in recent weeks we found out the pentagon has finalized its list of military project to fund trumps border wall. that's sure to be an issue. the military construction bill and security bill, related to gun violence, it could provoke a real
5:50 am

showdown. december is it as far as a risk or a shutdown. >> bloomberg's reporting on that story, the headline, trump spurs lawmaker headline with shift of pentagon money to the wall. they are taking funds to fund he southern border wall. do you see this as presenting a problem in deliberations over the 2020 spending? >> yeah, it certainly will. there are aspects in the appropriations bills in the house that would attempt to limit trumps ability to transfer money to fund the border wall. the national defense authorization act that passed dates to reconcile and the senate had similar provisions. this is definitely going to be an issue and one that democrats say republicans in congress should be worried about. this is the executive branch taking away the power of the purse. you saw some members like michael lee and mitt romney also calling for congress to claw back.
5:51 am 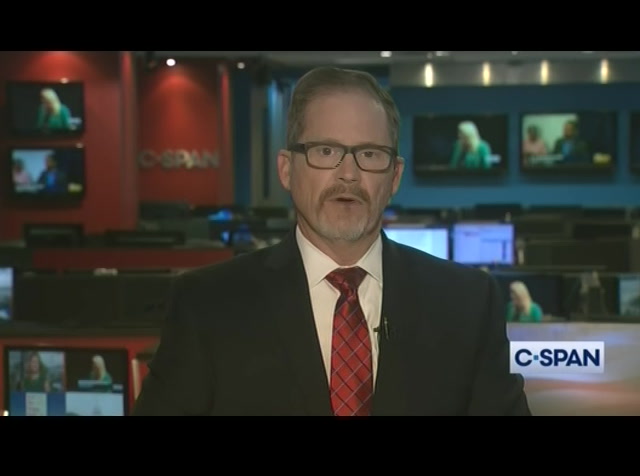 >> and multiple mass shootings have prompted all but his nation on gun violence prevention ahead of the judiciary committee to headline house democrats, set to move on new gun control legislation even though they postpone the hearing, they will pick it up when congress comes back. tell us about the legislation they are expected to take up and what do you think the timetable is? > the different aspects to tackle. 80 ouse already passed hr which is an expanded universal background check bill. a lot of emphasis was placed to bring that up especially from chuck schumer. the judiciary committee is again high-capacity magazines. this would be the ability to shoot 100 or more bullets that we saw in the dayton shooting, llowing the killer to take out seconds. hin 30 it will be an attempt to do that. although the house is not looking at a renewal of the
5:52 am 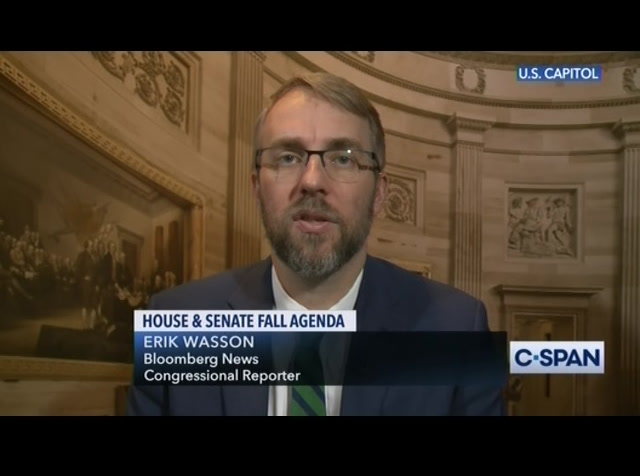 weapons ban which is -- was in effect until 2004. that was controversial and that is not yet on the table. the real question in the senate and mitch mcconnell in a recent radio interview said he would defer to president trump. he is willing to put something on the floor if the president backs it. that president met with joe manchin and other eople to come up with a bill that is satisfying his base and some of the nra supporting members of his administration as well as addressing the gun violence issue. however, that has not yet emerged as to what the president will be backing. he seems to flip-flop on the issue. after the initial shooting he said background checks and later said they would not have necessarily stopped the incidents from happening. >> on that it sounds that it will not fly with the senate minority leader, chuck schumer. he tweeted his response to the plan saying in august our country was demonstrated by senseless mass shootings. as the senate returns i am urging my colleagues to keep up the pressure on senate majority leader mitch mcconnell to address the gun violence
5:53 am 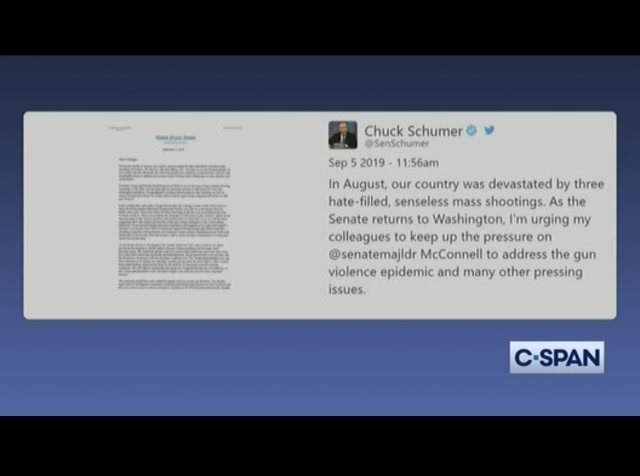 epidemic and many other pressing issues. we heard reports that joe manchin, democratic senator, had met with president trump. might there be some wiggle room in what mitch mcconnell had to say? >> that meeting with trump, there was no real deliverable from that, no real decision made. members who tried to negotiate this, chris murphy has been saying there is hope for a deal with republicans. they could be something on the smaller scale. perhaps there is an ability to allow states to get more access to information from background checks. the states that run the own checks are not getting that from he system. >> you tweeted this. that house democrats were told on a call that the usmca talks
5:54 am 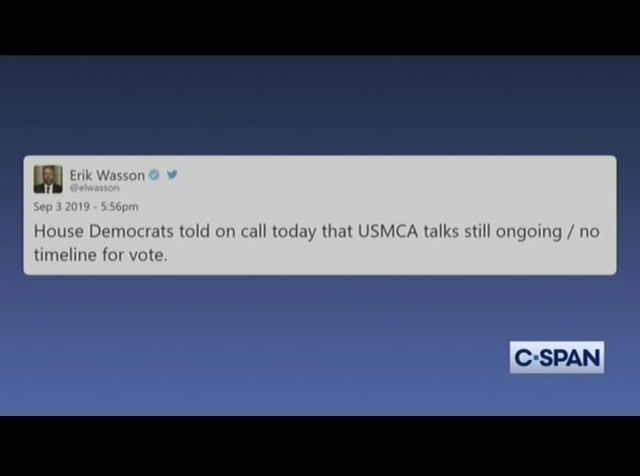 are still going. no time for a ote. leadership, republicans and democrats in the house and senate? that trump administration wanted it voted in done in the summer. that did not happen. over august recess, staff were exchanging some kind of negotiations. it did not go quite as expected, it was much slower than it had been hoped. there are four main issues, labor, environment, enforcement divisions and drug patent protection. those are outstanding and richard neal told house democrats that he is waiting to see bob lighthizer, the u.s. trade representative come back with a full written counterproposals for the democratic demand. that may be delivered in the coming day by lighthizer who is scheduled to meet with the house working group on trade. if that does happen, that could accelerate the time for a vote this fall. and a member of that house working
5:55 am 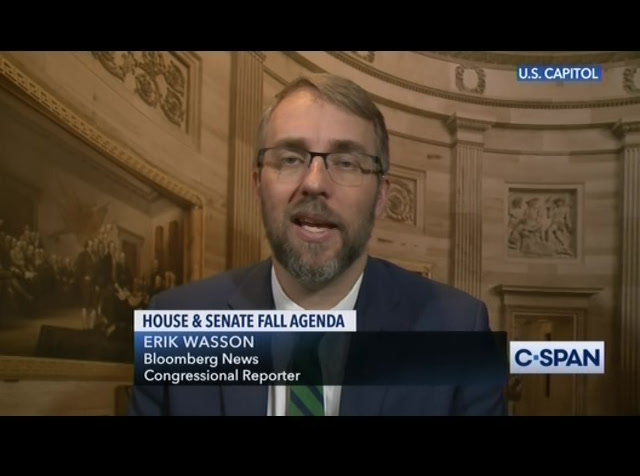 group told reporters in connecticut that it could seep into next year. >> in terms of senate and house floor action when they come back, the senate will resume deliberations on nominations, we expect the house to be working on bills banning the drilling of offshore oil and gas. what else are you looking forward to? >> keep your eye on prescription drugs. there was a 19-9 vote, the health committee and the senate has passed a bill that addresses generic drugs and surprise medical billing. those are going to be combined. sometime in the coming month. the president has talked about prescription drugs being a top issue and he may throw his weight behind it. nancy pelosi is expected to unveil a house prescription drug approach which would address a -- payments to medicare and the ability to cap out of pocket expenses for seniors. that is expected to go through
5:56 am 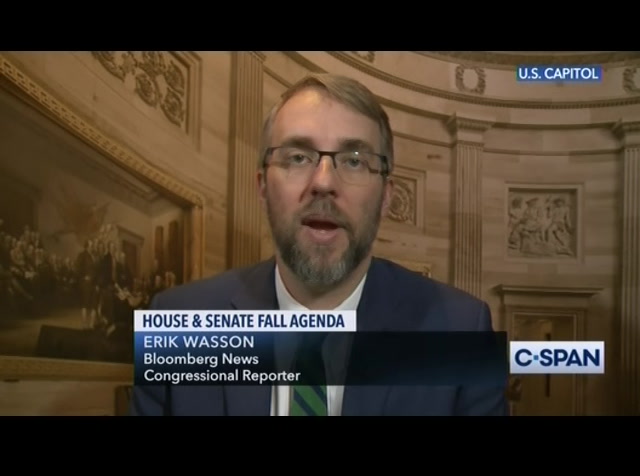 the ways and means committee. those two could be combined and for a guest form a major piece of legislation in the fall. however, with gridlock in the election it is not necessarily a guarantee. >> lots to cover. on top of it all from bloomberg. you can follow his reporting at bloomberg.com. thanks as always for the update. >> thank you. >> some of the republicans who have announced they will not run r re-election, james sensenbrenner of wisconsin was in his 20th term. and sean duffy also of wisconsin announced he will resignfective september 23. democrat who is have announced they are not running for re-election in 2020 include dave of iowa. susan davis of
5:57 am 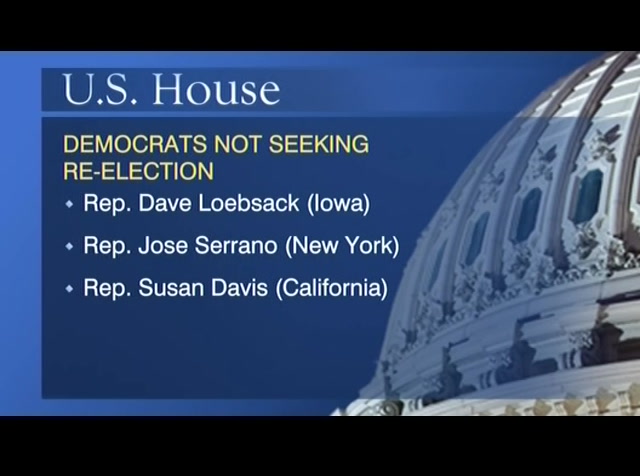 alifornia. ♪ c-span's washington journal live every day with news and policy issues that impact you. coming up this morning. politico's gabby and mike lewis of the hill will discuss the rounch congress from the august break and then matt schultz are talking about a new survey on credit cards and consumer debt. watch live at 7:00 eastern this morning. be sure to connect with us during the program with your phone calls and foost facebook questions and starting this morning with our new testing feature. >> here is a look at our live coverage today on the c-span networks. 10:00 a.m., former homeland security secretary sits before a field hearing in new york city. the hearing takes place at the national 9-11 memorial and museum just ahead of the 18th anniversary of the terrorist
5:58 am

attacks and the u.s. house returns from the august recess gaveling in at 2:00 p.m. eastern for legislative business. on c-span 2 a discussion on the lease of a survey looking at american views on foreign policy and foreign relations. at 2:00 p.m., state attorneys general announce an investigation into the business practices of large technology firms and the senate returns from the august recess at 3:00 p.m. to continue work on the president's executive nominations including allowing u.s. ambassador to the united nations to represent the u.s. at the upcoming general assembly. on c-span 3, at 12:30, policy experts analyze shifting demographic numbers and what they mean for america's future. that is hosted by the american enterprise institute. >> president trump holds a campaign rally in fayetteville, north carolina, on the eve of the special election for the
5:59 am 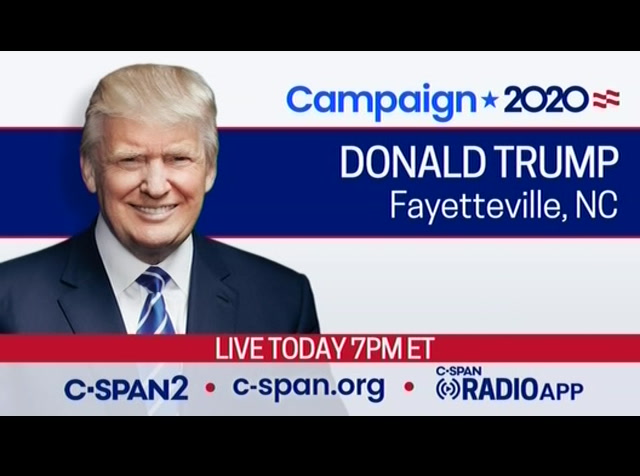 ninth congressional district in the state. watch at 7:00 p.m. eastern on c-span 2. online at c-span .org. or the c-span radio app. >> margaret o'mara, what will readers get in your new book, "the code."? professor o'mara: what they will get is a biography of silicon valley itself and the modern american technology industry itself. there are some many people studying this region for so long and this industry for so long and people always ask what is the silicon valley secret. alwae silicon valley secret?
left
right
disc Borrow a DVD of this show DVD
tv