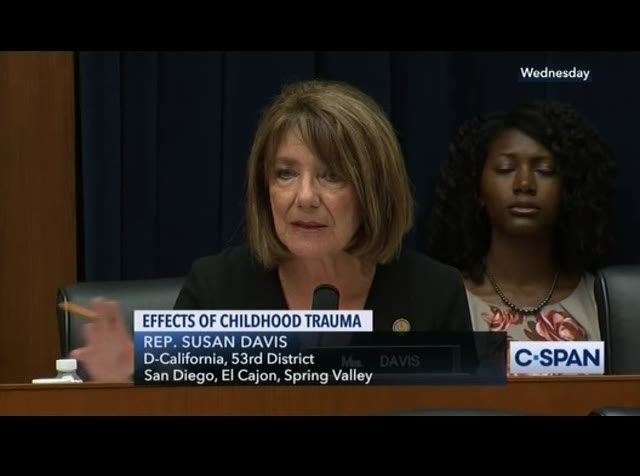 -- one of the issues is oklahomans and teachers carrying weapons, and i wanted to mention that. we talk about secondary trauma and compassion fatigue on the part of teachers. having put in language in title ii for social emotional learning and being able to get grants to teach that, what would it look like if we really did support teachers in this effort and we acknowledged that it does make a difference for them -- it is the reason a number of teachers leave school. what would that look like for you? what is the most important thing we could do to address that? and'm going to interrupt respond. thank you. >> if you would like to watch this entire hearing on children and trauma, visit our website at c-span.org, type in children and trauma in the video library search box on the homepage.
2:43 am 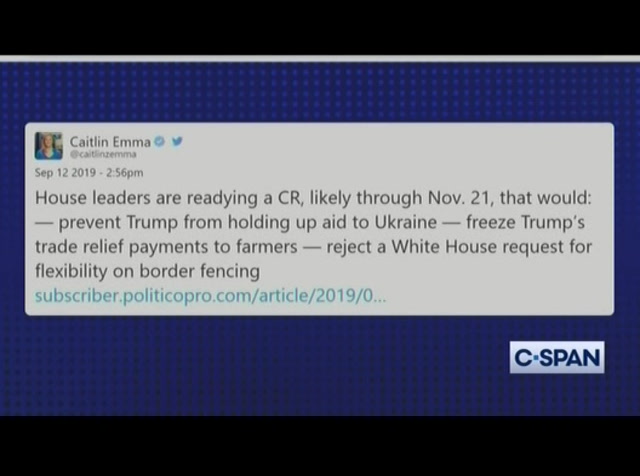 >> caitlin emma is appropriations and budget reporter with politico. the week ahead in congress largely focused on fiscal year 2020 spending. let's start with the house and a tweet of yours saying house leaders are readying a continuing resolution likely due november 21 that would prevent president trump from holding up aid to ukraine, freeze president trump's really payments to farmers and rejecting white house request for flexibility on border fencing. two things -- why do they need a continuing resolution, and what is so special about this date, november 21, other than being a week before thanksgiving? caitlin: if you are at all familiar with congress, you probably are familiar with the fact that they like to put these spending bill deadlines up against a holiday to sort of action, force some urgency. putting it upright against thinks giving, hypothetically everybody wants to go home,
2:44 am 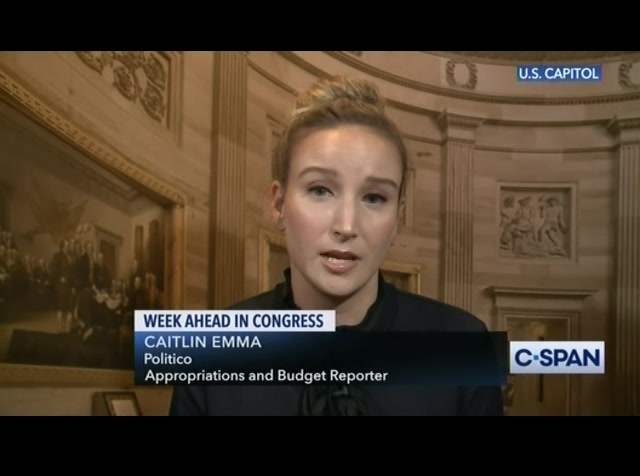 everybody wants to get this done, so that is the scenario lawmakers are hoping for. you never know what is going to happen. there could be another short-term spending fix until christmas. notk on wood that does happen. it is always a very real possibility, but like you said, house lawmakers are circulating a draft, continuing resolution this week that would extend current funding levels likely through that date, november 21, and that measure is something we could see as early as next week. it's possible he house rules committee could meet tuesday night and we could see some kind of midweek vote, end of week vote on that measure. essentially, lawmakers are preparing this short-term spending fixed because the appropriations process at the moment is a little stuck. it's being mired in some partisan disagreement. we have already had the house .arkup a dozen spending bills the senate just started on its own process this week and
2:45 am

government funding is set to run out september 30, end of the fiscal year. really, there's very little time in which the house and senate and passegotiate spending bills that would provide updated funding levels for the government, so it's very the need for a short-term spending fixed. >> let me ask you about the senate process. you wrote about it, you reported on it. the headline senate spending bills thrown into chaos. tell us about the first couple bills they were trying to markup. we see patty murray on the screen. how was she involved in some of the issues that came up this past week? >> the senate got started right away at the beginning of the week. i had two spending bills for the department of labor, health and education, state and other foreign operations, the pentagon, and epa, and water programs, so they had intended
2:46 am 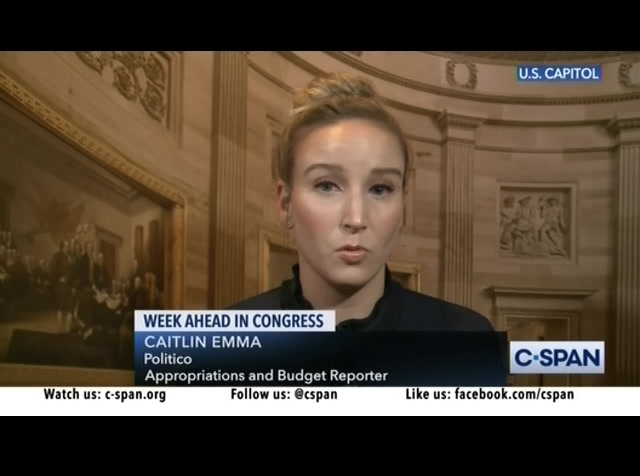 at the outset of the week to tackle those numeral for fiscal 2020 spending bills and there were going to be individual senate appropriations subcommittee markups on those measures, but right away, just as things were getting off the ground, they started to fall apart. senator patty murray essentially said she was going to introduce an amendment that would stop the trump administration from implementing this antiabortion title ix family-planning rule, and republicans right away were like, whoa, we consider that to be a poison pill, and that term is key because in the budget agreement president trump signed last month, there is sort of this handshake agreement between house and senate lawmakers who avoid these so-called poison pills or overly partisan policy provisions. senate appropriations chairman richard shelby said he was going to pull this from subcommittee and postponedup
2:47 am 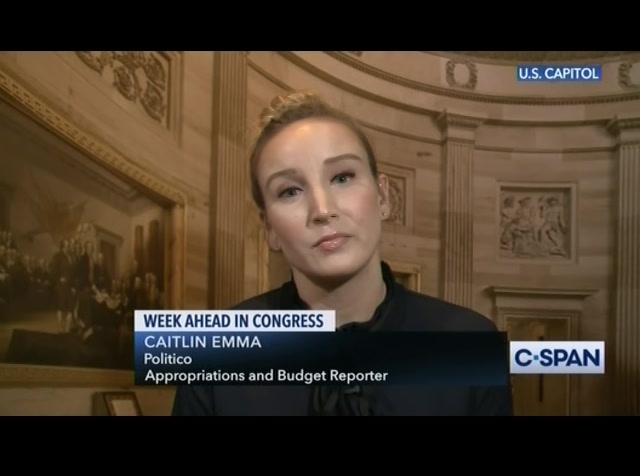 it. there was no action this week. the state and foreign operations spending bill an sidelined by abortion-related amendment. it is an annual amendment senator jeanne shaheen has proposed. that was also tabled, so right away, things kind of got off to a rough start, but senate appropriations committee up passing a spending bill for the pentagon and for energy and water programs just yesterday. those bills are moving forward, and the senate could take them up on the floor. you write about a to ukraine, your article, the headline saying the trump administration you --ff on its hold of ukraine military aid. what happened there? caitlin: this has been a very controversial issue in recent weeks. the trump administration looked at foreign aid as a whole with a
2:48 am 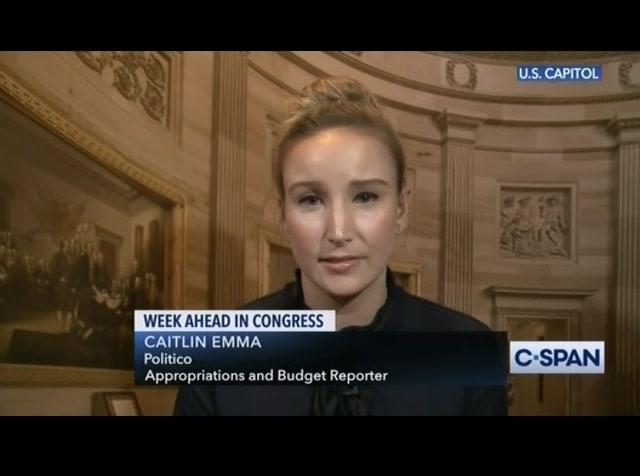 lot of scrutiny, and if you ask the administration why, they say they want to ensure the money is spent wisely overseas, that other countries are paying their fair share. we essentially broke the story last month when we received the tip that the trump thisistration had frozen $250 million pot of funds. it is a bipartisan pot of money. these funds are considered important to keeping russian aggression at bay in the region. there's obviously a lot of controversy around the trump administration and the president in russia, so, clearly, it brought up a lot of questions as to why the office of management these funds. it sparked an intense amount of ofartisan backlash, and even republican senators like senator lindsey graham, who is one of the president's top allies,
2:49 am 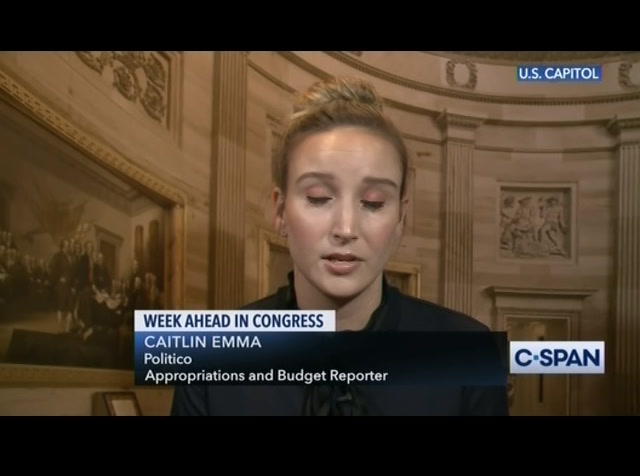 warned you should not be doing this. we found out this week that the office of management and budget has lifted their hold on that part of funds, but that backlash was so intense that, you know, senators felt it prudent to -- actually,vision there was a debate yesterday during the senate appropriations committee. senator durbin wanted to put an amendment to ensure that the administration no longer tries to freeze up aid to the ukraine house, draft house continuing resolution we discussed earlier, also includes a provision preventing the president from holding up further aid to ukraine. this has become such a bipartisan, you know, swell of backlash that lawmakers in the house and senate on both sides want to put restrictions in future spending bills to prevent the administration from doing that again, but as i said, the
2:50 am 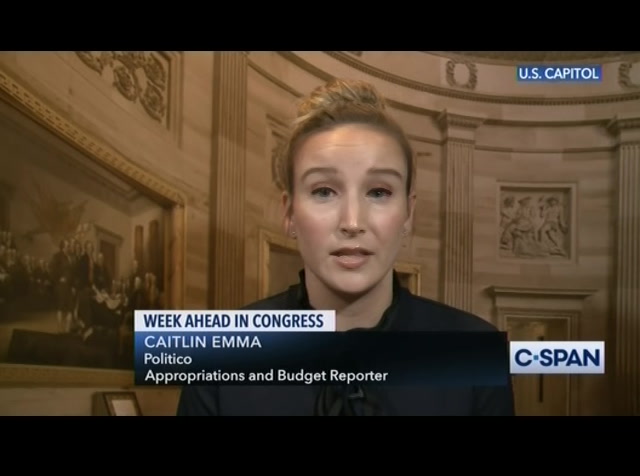 whole has been lifted -- the hold has been lifted. the administration did not explain their reasoning for lifting the hold. apparently, they received the answers they wanted in terms of how the money was being spent. >> as we wrap up, give us one or two key players you are watching as the appropriations and spending debate continues. >> the focus is on the house and senate appropriations committees . senate appropriations chairman richard shelby, house appropriations chairwoman nita lowey, they are going to be key. the house and senate have to negotiate on spending bills that fundingvide updated levels for the federal government, so there needs to be some kind of compromise that. they have to meet and get on the same page. that said, they historically have worked really well together, so they will be key players to watch. in addition to that, another key player to watch for next week would be senate majority leader
2:51 am 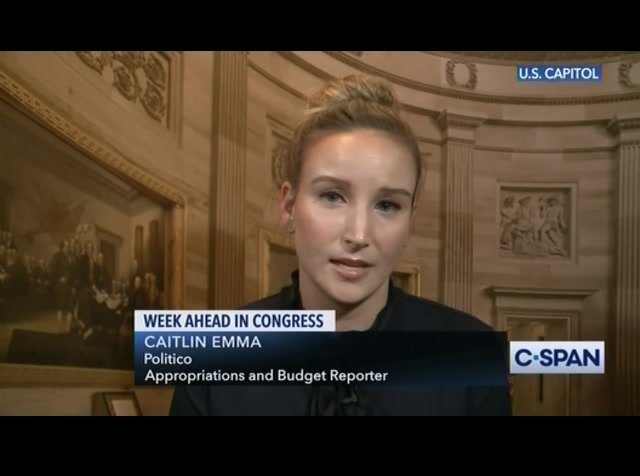 mitch mcconnell. how exactly is the senate going to proceed on the spending bills that it is moving. will they start to take bills up formalfloor or head into conference negotiations at the house? kind of unclear the moment, but certainly, the majority leader will be making decisions on that. >> caitlin emma covers appropriations and budget issues for political. politico.com is where you can read her reporting. thanks so much. quickly house returns tuesday at noon for general speeches and legislative work begins at 2:00 p.m. you can watch live on c-span. the senate convenes on monday at .:00 p.m. live on c-span two c-span's campaign 2020 coverage continues monday when democratic presidential candidate senator elizabeth warren gives a speech in new york city at washington square park. we will have that live beginning at 7:00 p.m. eastern.
2:52 am 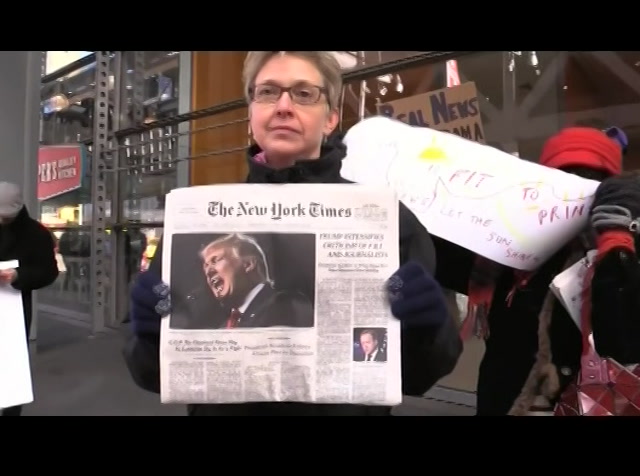 at 9:00 p.m., live coverage as president trump speaks at a campaign rally in rio rancho, .ew mexico watch both events live beginning at 7:00 p.m. eastern on c-span, online at c-span.org or listen live on the free c-span radio app. >> the studentcam experience >> it has really helped us grow and learn as people going into our college years. >> for past winners of c-span's studentcam video documentary competition, the experience sparked their interest in documentary filmmaking. >> i get to be right in the middle of the caucus season, and i've gotten to meet so many different candidates, and because of c-span, i had the experience in the equipment and the knowledge to be actually able to film some of them. >> this year, we are asking middle and high school students to create a short video
2:53 am 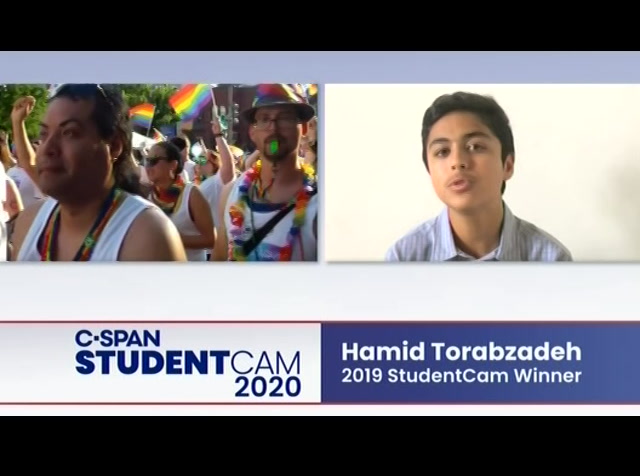 documentary answering the question -- what issue do you most want presidential candidates to address during the campaign? include c-span video and reflect different points of view. we're awarding 100,000 dollars in total cash prizes including a $5,000 grand prize. >> be passionate about what you're discussing, to express your view no matter how large or small you think the audience who will receive it to be, and know country in greatest the history of the earth, your view does matter. >> for more information to help you get started, go to our website, studentcam.org. >> on friday, the rand corporation hosted a discussion on capitol hill regarding the synthetic opioid epidemic. drug policy experts discuss the trend in fatal overdoses in the u.s. and the challenges policymakers face while working to decrease e
left
right
disc Borrow a DVD of this show DVD
tv

Politico Appropriations and Budget Reporter Caitlin Emma from Capitol Hill discussed the week ahead in Congress including the House plans next week to pass a short-term spending bill (CR) to avert a government shutdown on September 30th and the status of the appropriations process overall in Congress.