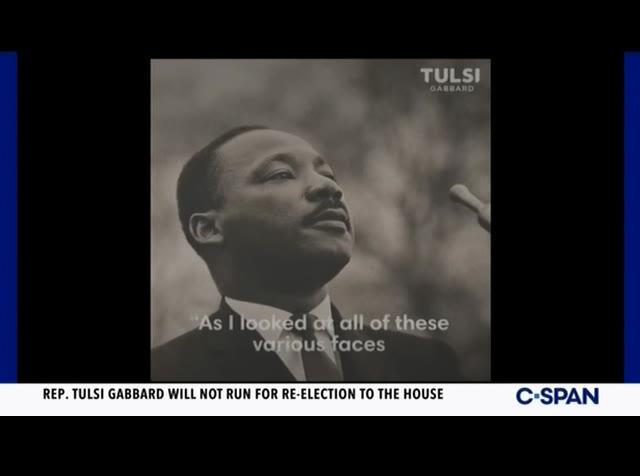 after returning to the mainland, dr. king said of his visit to hawaii -- as i have looked at all of these faces of different colors mingled together like the waters of the sea, i could see only one thing. the face of the future. and will always be my home. and you, the people of how white will always be my heart. i carry my love for hawaii and our people everywhere i go and i want you to know that i will always do my best. to serve you, to serve our state, and to serve our country with aloha. mahalo. ♪ ♪
9:55 pm 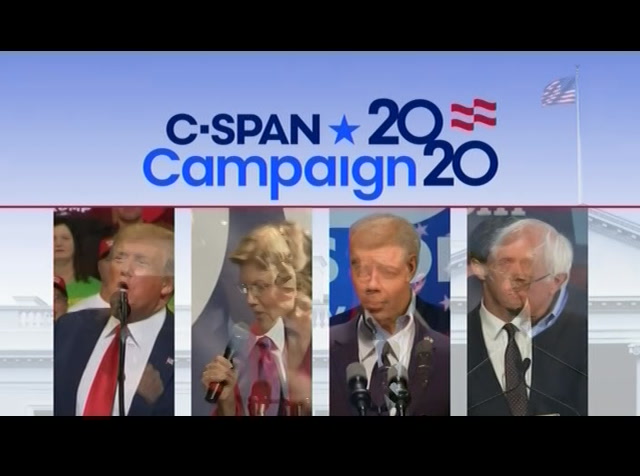 > campaign in may 20, watch our live coverage of the presidential candidates on the campaign trail and make up your own mind. c-span's campaign 2020 your unfiltered view of politics. chiefh me is susan, the congressional correspondent of the washington examiner looking at the week ahead in congress. the house is considering bipartisan legislation that would impose new sanctions on turkey while the senate is blocking. can you tell me about the response -- >> at this point, the house is willing to take up some legislation that would sanction -- it isd their possible they will take it up in the senate. because the republicans there who run the upper chamber want to give this cease-fire a chance.
9:56 pm

you want to give the president a the deal try to see at he has worked out here will be successful. sanctions asng plan b. the house will pass it and they are working in conjunction with who are notlicans opposed to what the house is doing. they just want to give the president a chance. i think i recall the president saying last week or this week that if the cease-fire is not successful, he can reimpose the sanctions he had in place from the executive branch. take it is going to up in the house and the senate is in a wait and see mode to see if things stabilize in the region and if the kurds are protected and the isis terrorists who are imprisoned there stay that way.
9:57 pm 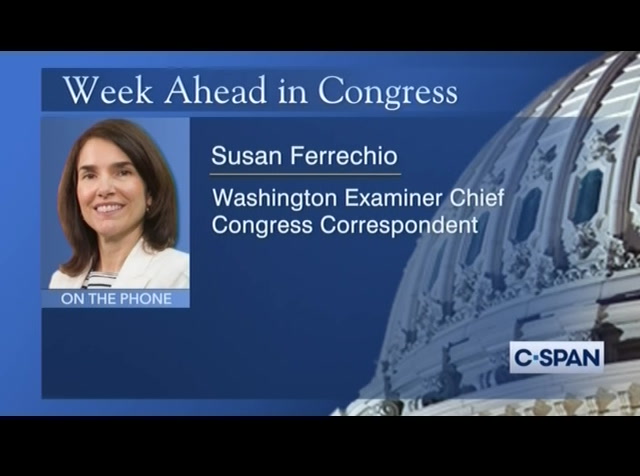 if things start to fall apart, i think you might see the senate pressured to act and more willing to act on the house bill that we are likely to see move next week. >> also in the senate, lawmakers plan to continue work on the 2020 federal spending legislation. we did hear from richard shelby this past week that another short-term spending bill to give the government running will likely be needed but what are some of the key hurdles that house and senate members have to clear to settle on federal spending levels for the coming year? agreed,ess has republicans and democrats, on a topline spending figure that could lift caps for the next two years. that deal is several weeks old now. they have an agreement. the problem is, how do you divide up that money? their art all federal spending bills that make up all government spending.
9:58 pm 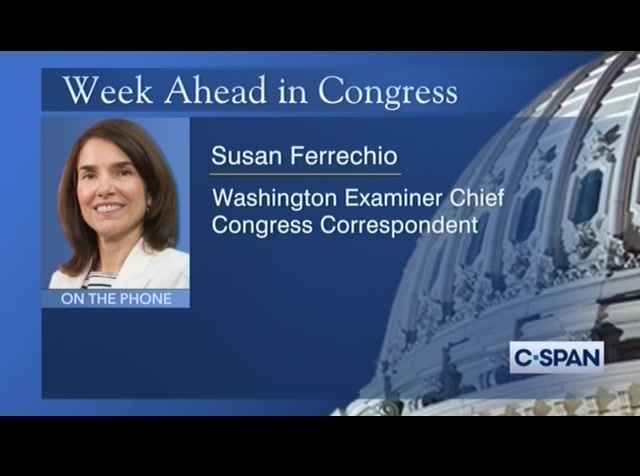 republicans at this point do not agree on how that high is divided up. -- pie is divided up. they have allocated to much money towards the areas of the government that they do not support including money that would be used on the southern border for a structure or border wall. they want that money changed in is providing for other government services and not a wall. that is one of the problems. there is also disagreement over some language that is not about money but more about how the abortiont addresses funding and taxpayer funding of abortions. bute is disagreement there the main problem is how the money is divided up against the 12 federal spending bills. democrats want a deal on that before they move forward in the house. at this point, things have
9:59 pm 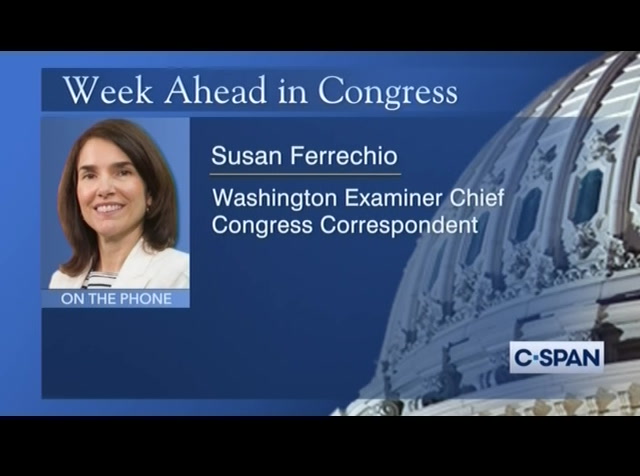 pretty much stalled. i think we are getting the picture now that the house democrats are not fully willing to work with senate republicans and those are the majority's there until they get that deal. we are closing in on that november 21 deadline. it is looking more like they will do what is called a stopgap bill which basically funds the government at current levels. the question of how long that will last for -- several months? several weeks? hearing different proposals. some say until spring. others are talking just a few weeks. we will be hearing more about that really soon because we will be getting into november and they are running out of time. thanksgiving will come and they will call for another break and they will want to have something settled by them. it does look like they will not finish the me 20 spending bills but will instead do this sort of temporary funding at 2019
10:00 pm 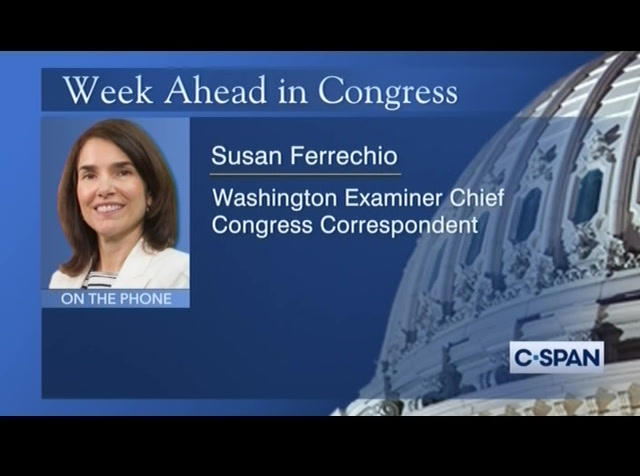 levels. the question is, for how long? the housel have impeachment inquiry. congress is racing for a -- and congressional republicans continuing to oppose the inquiry rocess through legislation and interrupting those closed doors interviews as we have seen, are the next steps e can expect into the impeachment inquiry? republicans are, as would be expected, not fully willing are the impeachment inquiry and they're trying to block people from testifying and not supplying the documents that the democrats are asking for. through y subpoenaed
10:01 pm 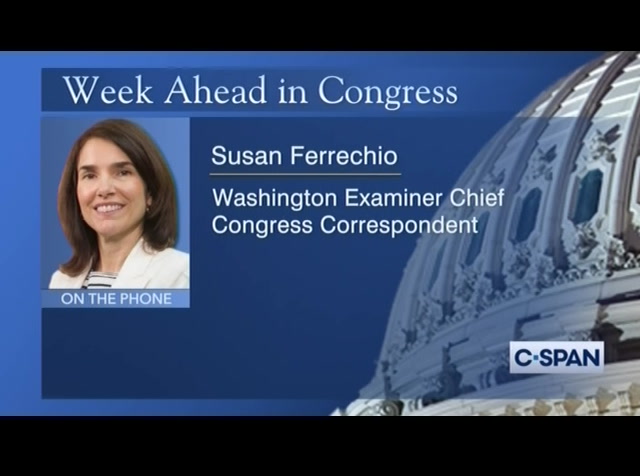 more, the house subpoenaed three ore trump administration officials, two from the office of management including the acting director. show up expect that to and so under subpoena, they'll not show subpoena and up and testify in early november when they've been called to do so. of the back and forth fights over witnesses and documents and then you'll also people coming in and are willing to participate and eventually i democratsat the house will schedule public hearings, those have not been scheduled but r even discussed, they're expected and i also xpect that you'll see some of those transcripts from the closed door depositions released. imely, i anticipate at some point this year that the house articles ofll raise impeachment on the house floor and call for a vote on that and the if that does pass
10:02 pm 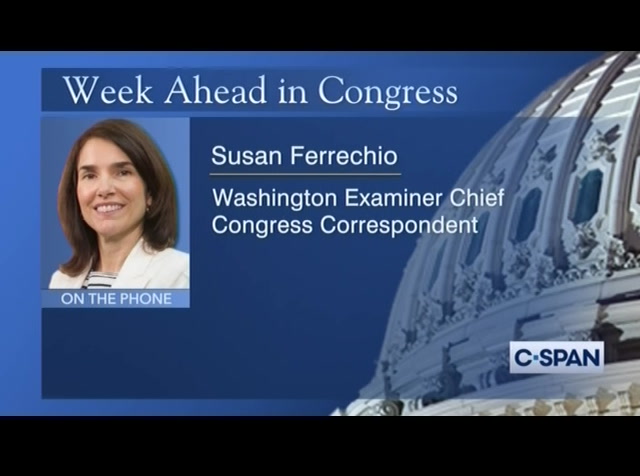 ouse, you would see a senate trial happen pretty soon after, hard totion of which is define right now depending on articles the house passes and sends to the senate. the question is when the house will raise the articles of hold the public hearings that have been anticipated. we don't have an answer to that yet. expect to do so at some point and we know they ould hope to finish this up pretty quickly, but we still don't have any set timeline, into the ld drag on new year. is the chief congressional correspondent of the "washington examiner." you can tweet her@susanferrechio. thanks for joining us.
10:03 pm 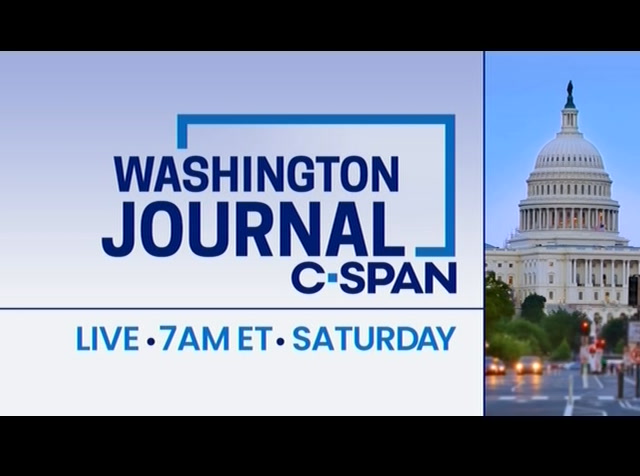 susan: thank you. announcer: c-span's "washington journal" live every day with that nd policy issues impact you. coming up saturday morning, the president of the economic policy institute and joel griffith, research scholar at the heritage abouttion will talk to us the economy and the impact on the 2020 election. executive chair of space trust will be on to look at the role of commercial in private and public space flight efforts. e sure to watch c-span's "washington journal" live at 7:00 eastern saturday morning. join the discussion. ost: our newsmakers program, the ranking member of the house administration committee, thanks for coming by. thanks for having me. host: joins me with the question tim starks and judy that "the hill."ess for where
left
right
Borrow Program
tv

Washington Examiner Chief Congressional Correspondent Susan Ferrechio discussed the status of Turkey sanctions and 2020 federal spending legislation in the House and Senate and the next steps in the House impeachment inquiry.