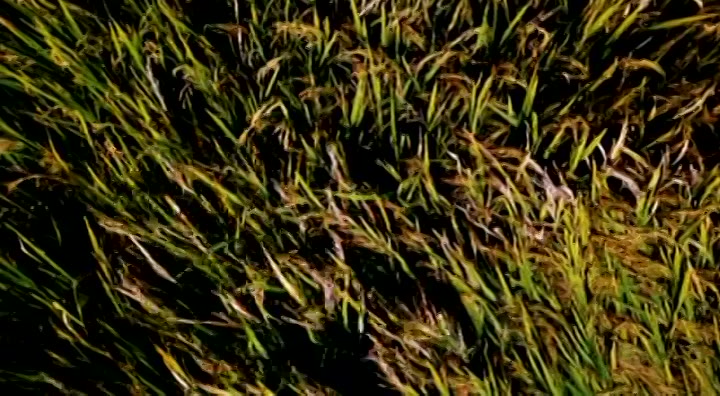 tyrant. when there are do wars look at the bigger picture. india a country that faces child abuse. and people are starting to be assisting future. clever projects from europe and. eco pedia on g.w. . this is news africa coming up in the next fifteen minutes south africa commemorates twenty five years since the country's first democratic election on saturday but a quarter of a century on wines and struggle with the idea of co-existing and those who aren't black or white say they've been excluded as the country tries to redress the cost to redo work to be big with the words we were to break through white who. said ok. let's go over to the real numbers to regroup see the future do things always. and
3:16 am 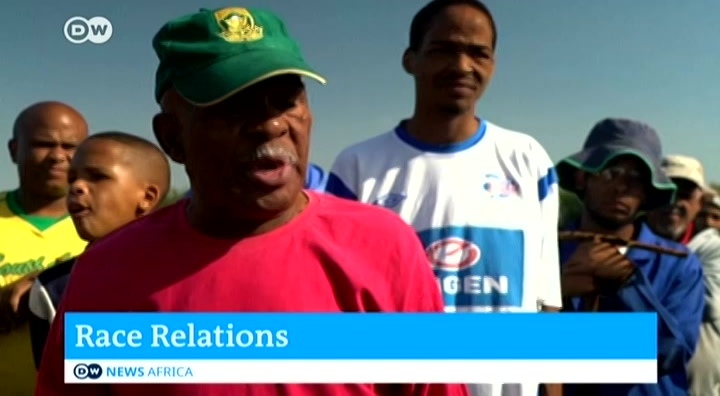 a chance in seattle we have the story of the games rising stars from playing neighborhoods in nigeria will find out why they have mental is believed to chance or change their lives. i'm christine wonderwall come to news africa did on saturday south africa will mock the twenty fifth anniversary of the country's first democratic election. back in one thousand nine hundred four it was hoped that the years that would follow would bring healing and reconciliation but today racial tensions in the country a still very high in many parts of south africa black and white people simply don't live together and many feel like they caught isolated racial incidents over the years have pushed some south africans deeper into their prejudices incidents such
3:17 am 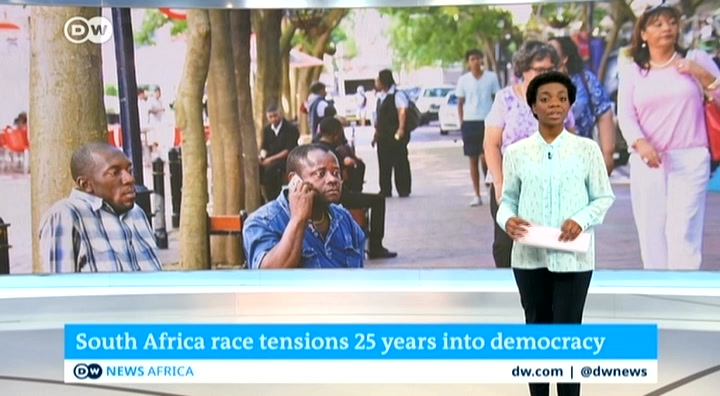 as the one in the next report way too white farm is with sentenced to twenty three and eighteen years in jail for killing a black teenager. protests rocked this small south african farming town in two thousand and seventeen after the alleged murder of a black teenager by two white men the court heard how sixteen year old muslim although most wow was pushed off a moving vehicle after the farm workers caught him stealing sunflower seeds. since then and reconciliation process led by various local churches have been hard work to cross the racial divide and unite the community. communities will have to decide we make this broken world a better place for ourselves and if we don't do it no one else will do it for us pastor bell a mortal has lived in colonial all her life and worked with pastor peters on the reconsolidation project.
3:18 am 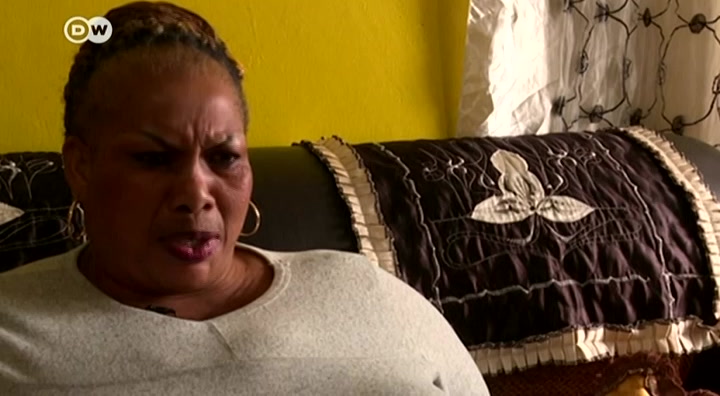 despite a relative calm over the last two years there still glaring inequalities in colonia that's true across the rest of the country twenty five years after. the most visible reminder of that time is the way many cities and towns remain divided along color lines. and there is a people. so that things there is no way. this school principal testified about the racial issues in kill any during the murder trial he says that while not all whites were racist this particular crime was racially motivated. they were not even going to the police station i think they were going to. do this missing. the men were convicted of murder in october last year last month they were
3:19 am 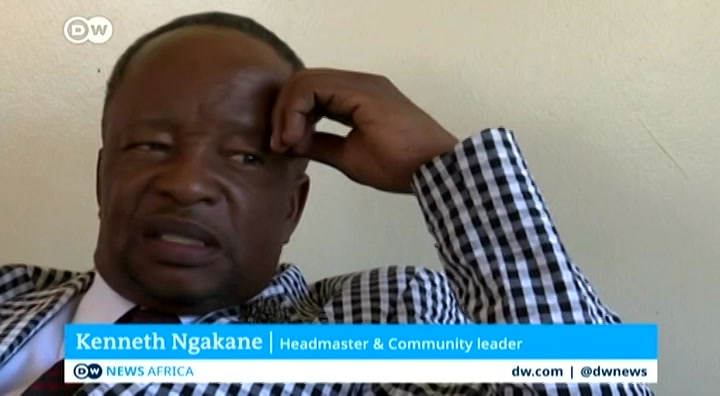 handed jail terms of twenty three and eighteen years the situation calm of the moment but it's a tense calm must was murders are planning to launch an appeal in may if you thought racial tensions in south africa were only along black and white lines you'd be mistaken apostate legally divide us of africans into groups of whites blacks indians and coloreds that's a term many people deems to be off mixed race and by the way it's not offensive it's other members of the college community have started occupying land in the eldorado area many of the activists complain they've been sidelined or social housing some have been. nearly two decades out of the twenty five years since a sense of loss if they feel marginalized and ignored by the a.n.c. led government. more often from their marginalizing are they are placing us down if
3:20 am 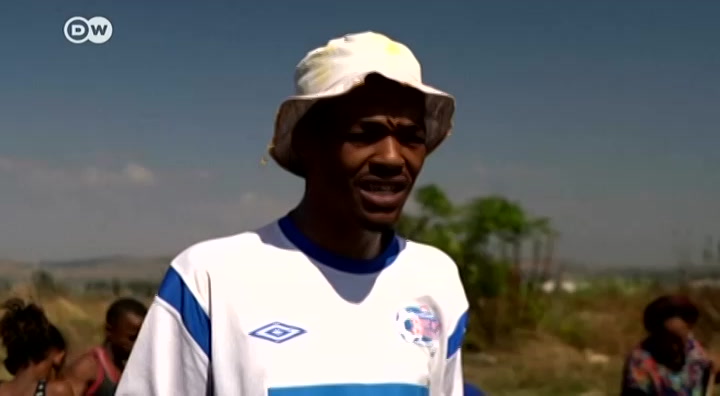 . we when our forefathers were oppressed because there was certainly cream they were not white enough now we because we not black enough we saw you not reason enough. ok you really want to put the volume up for this one because you're about to hear the sound off the o.d.t. symphony orchestra in central africa here's the story of a group of self-taught musicians who want to build a classical music school for adults and children in the democratic republic of congo. he's tough and demanding conduct armande says this is how he gets the best from his students. to visit. all of. you see if you don't. have i'm actually a pilot but music is my passion. but it's true i don't have academic training
3:21 am 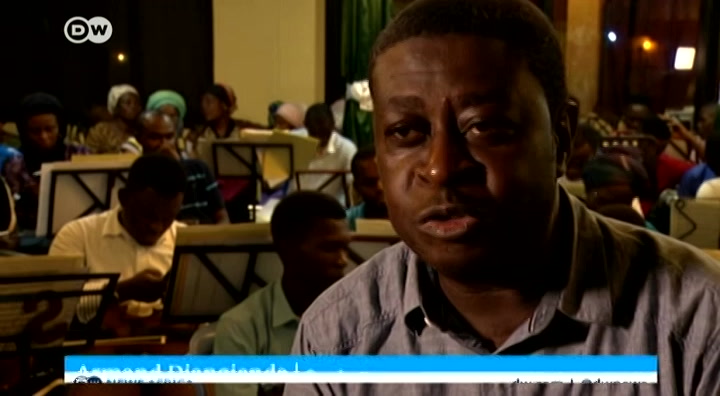 but passion is what helps us get to know instruments and to learn to play if you don't want to see it is a business. and everyone here shares that same passion for classical music barely anyone has professional training instead they all train right here together in this orchestra. i'm happy here and i have a lot of friends. to be modest started learning the violin at the age of twelve and right from the start she was determined to join an orchestra. duffy and lives in this district music she says has helped her enormously. to learn music music has changed me to classical music as something very calming about it so much this is help me to reflect and react in my everyday environment with my
3:22 am 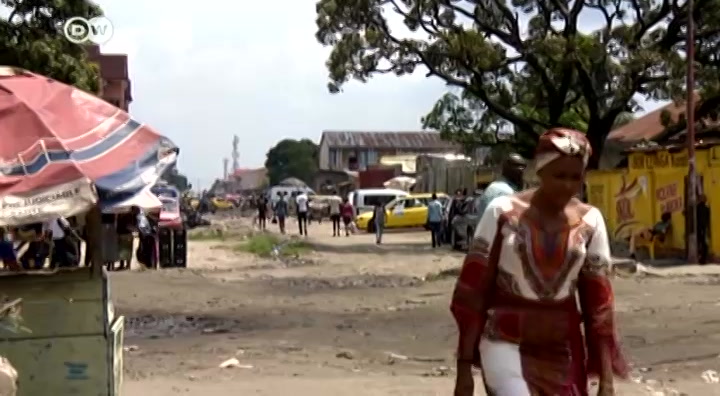 friends and others in this city i would miss any of it me plus she took. family lives in a modest house her father sings in a choir and was supportive of his daughter learning an instrument. it was only possible because the orchestra subsidize the cost of the lessons but the conditions were far from ideal. there were thirty students but only two violins in the mornings i went to school and in the afternoon i had violin lessons . but actually i could only hold the violin briefly then already it was the next child's turn to see a member there said go and live you know. now deaf in practices every day and she rehearses with the orchestra five times a week she's also studying and doing an internship with the foreign ministry. the twenty eight year old hopes she might get a job there later something that's not easy in the democratic republic of congo the orchestra is run by a free christian church that offers people support and has also built
3:23 am 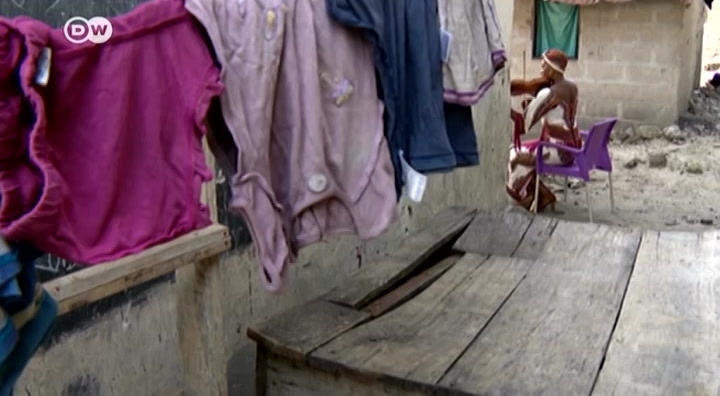 a number of schools and hospitals in one thousand nine hundred four it's set up the orchestra. music lessons take place within the church building there are no music schools in the democratic republic of congo so how is anyone supposed to learn to play an instrument. those who wish to play i like music a lot ever since i was little when i listened i feel good music is the soundtrack to everything. the church is now building a real music school and wants to give more people access to the power of music. everyone here is prepared to roll their sleeves up and get digging even the musicians. you. see for you to see for work is not too difficult afterwards at four o'clock last night go to the choir.
3:24 am 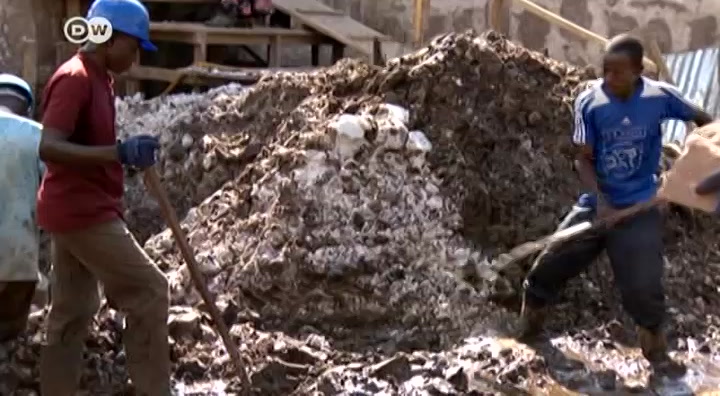 the church also runs a large choir and until the building is finished the eighty or so singers rehearse outside. was. and then they're joined by the orchestra they're rehearsing a can tot of from mendelssohn psalm forty two opus forty two in german. and this other points on the simply we're not symphonic family many musicians have found their own voice here and the orchestra simply accompanies each musician in the dreams with. the idea the school shapes the musicians of tomorrow listen to them on.
3:25 am 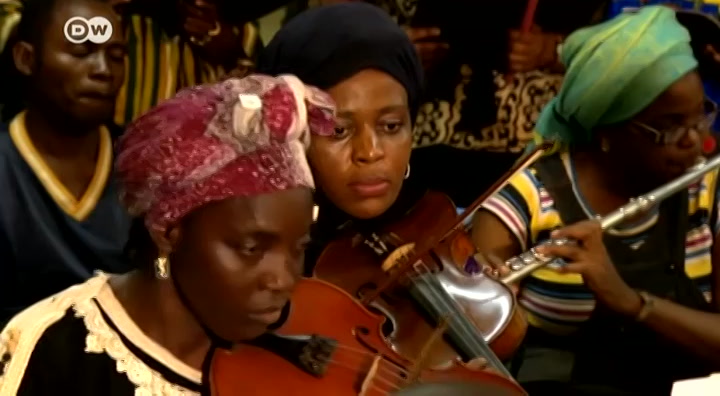 their. feet a full sound now growing up in the slums of lagos presents children with a host of challenges among them is also the belief that there is even a way out of office he one man has set out to change that about today or now is using the game of chess to educate children and teach them there's a way to overcome life obstacles. carefully calculated every move she makes the nine year old is the champion play at this chess club. because i just made the first and yet it was just me. well do i your only learnt to play eight months ago now she's preparing to represent. at
3:26 am 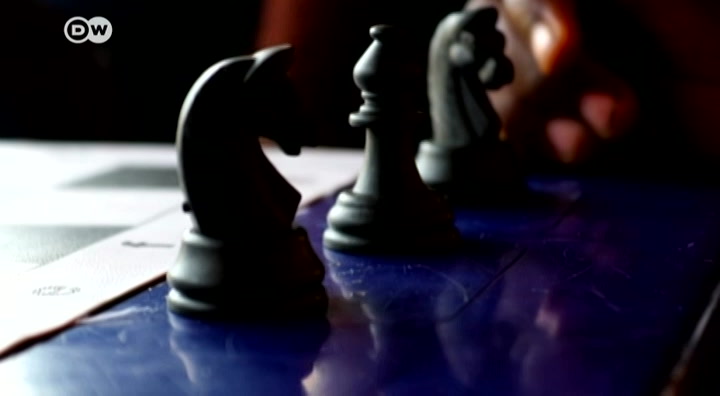 a regional autonomy what about india or not korea is how coach he's also found this club chess in slums he coaches children left o'dwyer who come from on that privileged communities like this communities that often lack quality education and even basic amenities robertson is goal is to use the principles of test to see each of the children that in spite of their circumstances they can still make it in that it was enough for them to be just coming into the face of challenges so he's got to address them in them that if he can live this game of chess you can become a champion that's it you can also become the champion of your life chess is a game of strategy requiring critical thinking and concentration even adults can struggle to placate let alone children children is actually very
3:27 am 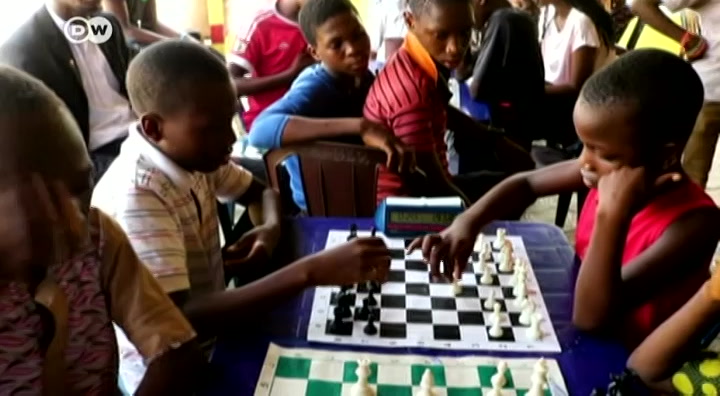 intelligent very intelligent enough to master the game of chess despite all its complexity is. a mockery out also grew up in a slum neighborhood he says plain chess from a young age gave him a new perspective on life now he's determined to do the same for other children. ugh why are is at her first regional tournaments and her coach is there to share her own. she will be faced. kids from more privileged background but she says she's confident truth blooping yardbirds who we become the show. out of six rounds or do i always fall and comes in second place coach are no quiesced says the man's leg this can really boost the children's confidence now he hopes to take heart and other i kid on to see shows. and.
3:28 am

i think we just made africa's future and that has it for now from africa you can catch all our stories on our website and i'll facebook page still makes time. three day trip just three german cities. which also happen to be federal state. by live camera. frame and. our ultimate city trip guide.
3:29 am 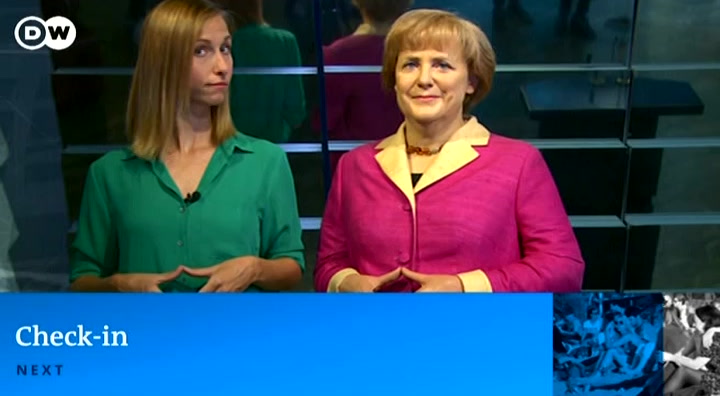 and your supply chain reaction of breastfeeding. began around six hundred years ago. when the renaissance revolution and sausage enable us mention that people became aware of their abilities and strengths in a new way. and there was an outpouring of self-confidence i mentioned tapes of. architects. scientists. and artists. invented completely new things and talk of the ancient giants who had originally been its teachers even to. try to teach her how the darkest bleachers into a new epoch. this took place and probably no place anywhere in the mall with things
3:30 am 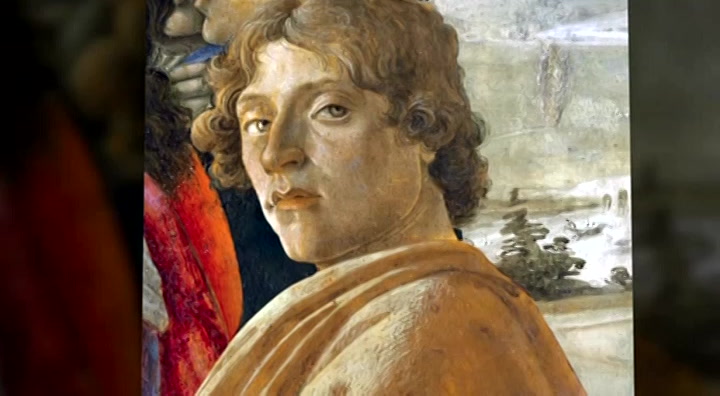 more intimate such a quick succession of. this week. w. . welcome to this special edition of check in. today the call clearly and look are checking out hamburg. and braman. germany sixteen federal states these three are.
left
right
disc Borrow a DVD of this show DVD
tv