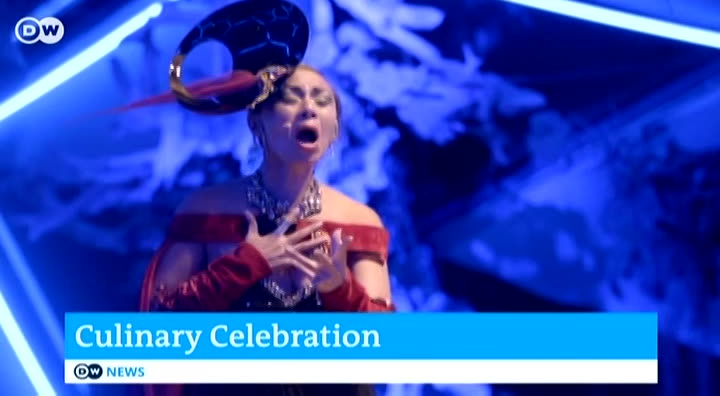 in the skies above the spanish city of boston. children's old native phone is sometimes referred to as the j.k. rowling of germany books are now available in of the 30 languages and she sold 26000000 of them it was a trilogy beginning in 2003 that really made her internationally famous meanwhile her popularity hasn't waned indeed it has grown and each new book is eagerly awaited by have fans she recently spoke to us about how latest venture with mexican film director gave yaml total. left room is a dark drama about fascism betrayal and magic it's also fantasy author. favorite film the work of mexican director. toro when he asked if she wanted to write a novel based on his film she hesitated after all films are usually made from books
7:46 pm 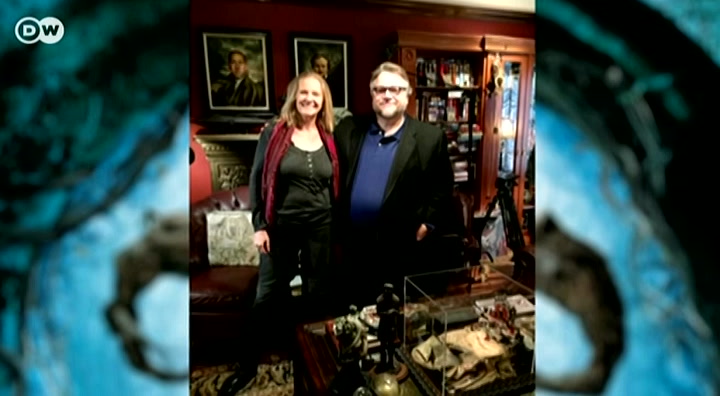 not the other way round. this was really the most satisfying experience because of course it was an absolutely crazy project i thought nobody would read it anyway because here it's a book written after the film they're always bad and this movie is just so brilliant how could i put it into words but when you're given an impossible task you have to take it on. maybe. she began her career over 30 years ago as a children's book illustrator but this became boring and she began to bring her imagination to life with words in 1903 the german language book the wild chicks was published it tells the story of a girl gang the rivalry with a boy going and the rebellion against adults. in 2002 the lord was her 1st work to be translated into english in 2005 she
7:47 pm 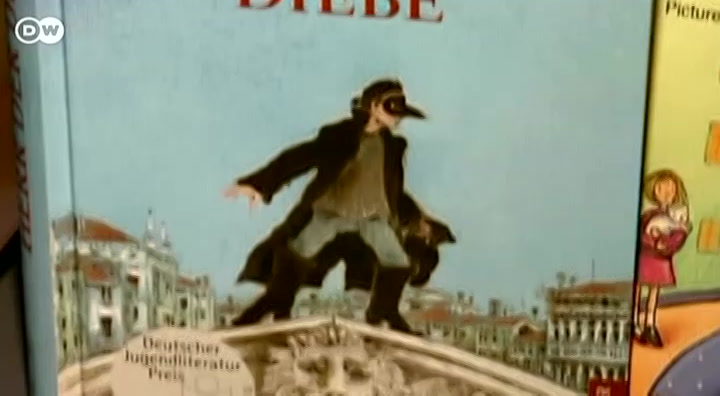 was ranked alongside bill clinton nelson mandela and the dark i learned in time magazine's 100 most influential people but among the international praise of her work was one critical voice. because i thought it a fan letter and it said yes i love the sea floor but why is there only one girl in it and i felt very guilty and i thought to myself look you doing it again like all women well we like the boys so we write about the boys we even make them the heroes of our. stories instead of saying i'm writing this as a woman why isn't there a female heroine so i promised this read out that the next hero would be a heroine and that was making an income. in 10. it was in canton that made cornelia from cannot global sensation in 2008 spellbinding story
7:48 pm 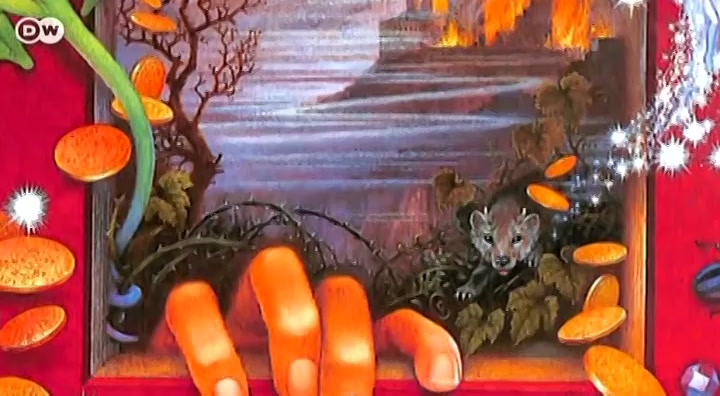 of mickey and her father the moment made it to hollywood with the film adaptation of the trilogy the 1st book allies of bennett and brendan fraser starred as the magical father and daughter can now wants to write a book in the in car series much of the book. but back to her new work pan's labyrinth. the story is set in the spanish countryside in 1944 just 5 years after the civil war victory by the fascists it's a story of good versus evil the protagonist of failure can only a skate this world through trying to see. just like in current she is led into a magical realm as the characters on the pages of her book come to life. change anything in the story white make a young guy white center i'm not going to take out the sexual innuendoes and what the war against women look like. all that in that violence looks like it's not
7:49 pm 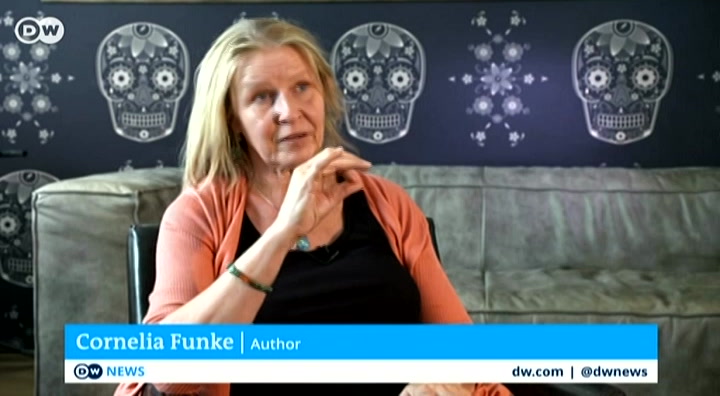 glorified evil is not trivialized all glorified in the film and for that i had my eye. on the half of. the top. 2017 she bought a farm in malibu and created her very own paradise sun and plenty of nature. in 28 change turns 60 this milestone was a moment for her to take stock of what's next for. now is also the time. get back to creating so much and accomplishing so much it's no longer a question of writing a 1000 mobile browser to pop on everything that you've learnt now it's time to pass that on to others. were life as she says still has so much to offer. and if you want to see more of the interview with connie their phone call
7:50 pm 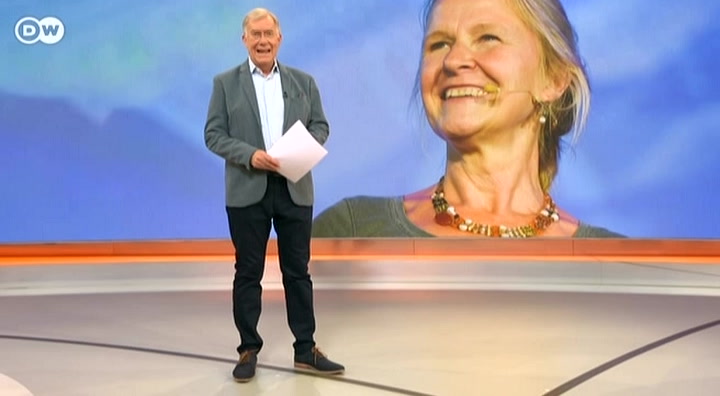 of the whole 30 minute 21 program called meet the artist features i can be found on a website at d.w. dot com slash $21.00 now photographer marco schmidt is fascinated by lost and forgotten places private houses or factories that have been abandoned so dollar ago that nature has crept in and begun to take over once again in fact that is what fascinates him and others how when buildings are deserted and left derelict by humans it is only a matter of time until nature slinks back and claims back what was once its. they enter abandoned houses parks and hospitals to capture photographs like these they have a passion for decaying structures that will soon disappear forever modern ruins photographers work on the edge of legality often trespassing on abandoned property
7:51 pm 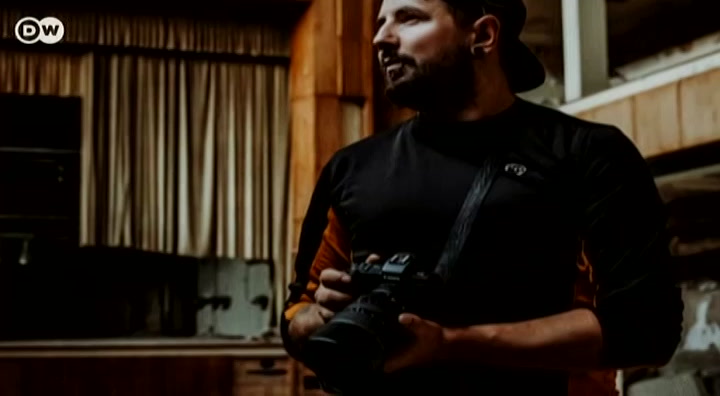 explorers like marcus schmidt. we would otherwise never see. this villa in total. abandon 25 years ago a luxury a stake with the home of business tycoon hans. christian still. there were 2 swimming pools nuclear fallout bunkers and elaborate garden it's. it's thrilling trying to find out what happened it's not that i imagined that i mr soul traipsing through my mansion i come to get a glimpse of how he lived what he did with these wealth what he built up here discovering all this is what it's all about. during his lifetime the c.e.o. of tousen would have almost certainly not welcomed visitors like marcus but time takes its toll even on the rich and mighty these photos capture the transience.
7:52 pm 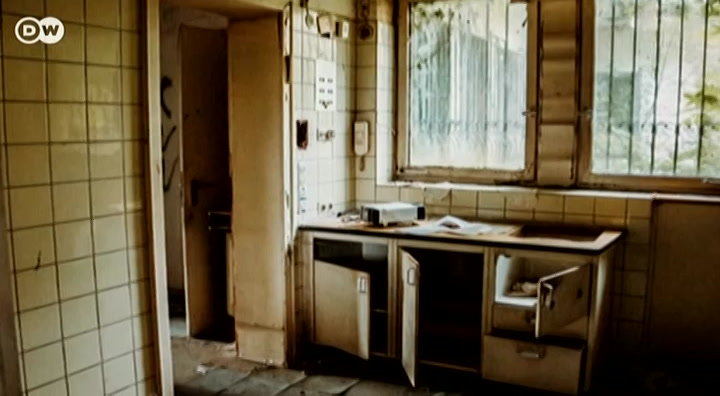 the village is a hot spot in the modern ruin same the doors are not long gaining access does not breach the unofficial code of honor. and if there's a what you need because someone has already entered then i will go into but i don't open doors i don't break can enter i don't pick locks none of that. this maintenance workshop. was closed down in 2004 after giving 116 years of service. route way freight where. were repaired here 2000 people were employed by sight the size of around 6 soccer fields a monument to work. first you come in and you think wow it's huge i'm always happy when it's such a big structure and geometrical it's great for the photos it really takes your
7:53 pm 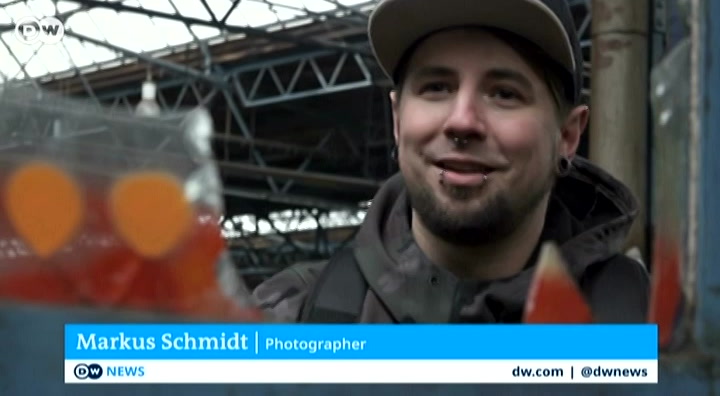 breath away when you stop for a moment enjoy it especially the silence martin ruins are incredibly quiet except for water dripping you don't hear anything. the beauty for these photographers also lies in nature taking back that man has created. that modern ruins exploration has its rules. don't leave rubbish don't smoke don't take anything with you except for the photos and the experience in the board. leaves only footprints and thankfully experiences through his stunning photographs. now any experience like no other
7:54 pm 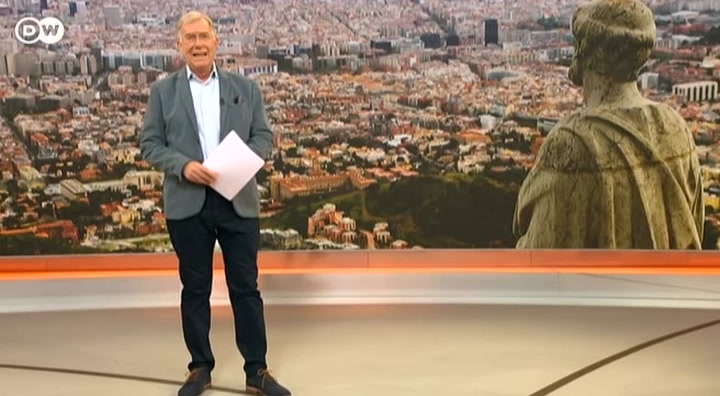 in fact the new in boston loan is much more than just a restaurant it's actually only open for 2 in the evening so it's a bit like the theater written to see a show it's a show for all the senses those sound lights a spectacular set and backdrop and there's 5 star food of course and depending what's on the menu there's a very specific entertainment to go with each course. c it's not an opera house it's a restaurant. and it doesn't just serve food each course is performed. this restaurant perched on the roof of a 5 star hotel in barcelona could easily be some alien space ship the new is a genuinely unique experience. even the welcome is somewhat out of this world. where the richest.
7:55 pm 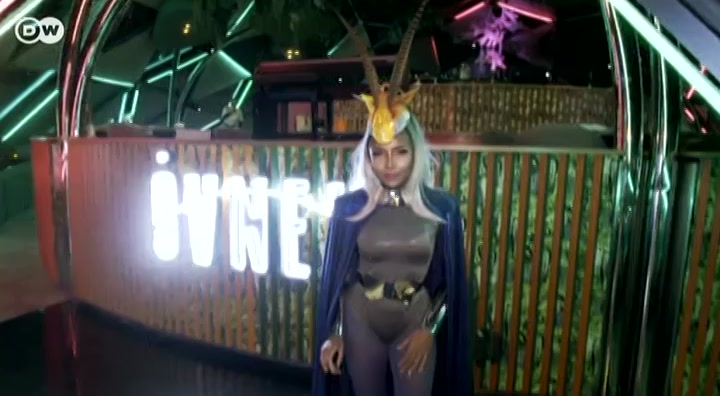 patrons check in and take seats under the geodesic dome 105 meters above the lights of barcelona. and jaime lieberman are this they ship's captain sprayed chefs with the help of an 8 man crew they prepare a menu that excites the taste buds and a few other senses to. look at and most of which i did a moment ago we want to entice all the senses activate them from the 1st moment on hearing seeing taste also the whole body with all its senses can enjoy the meal i'm going to get out of experience with. this principle has a name neuro gastronomy aim is to merge all the sensory experiences. the 2 chefs experiment with readings from the arab world from asia and south
7:56 pm 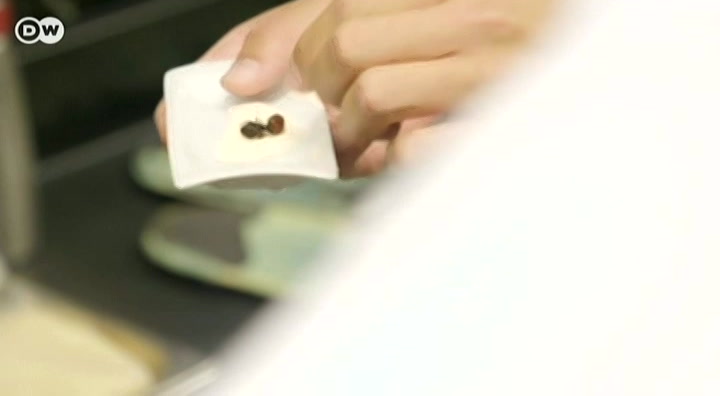 america and they even roast a carpenter answer to the courses are served in meticulous coordination with the choreography. well the diners are spirited off to the rainforest the kitchen crew arranges the dishes to harmonize with the jungle atmosphere. smoke red moments on a banana leaf accompanied by a peach palm fruit sauce and brazilian aside berries served with. kasama texture with a brown butter moose. is the plot though but it did make its course much d.m. his own theme we borrowed cooking my thoughts on the flavors of what we'd be and some south american he did those things that. call an area expedition around the world in 6 courses takes about 2 hours. the last stop is europe for dessert. then the spaceship lands safely back in marcello and his passengers disembark into reality.
7:57 pm 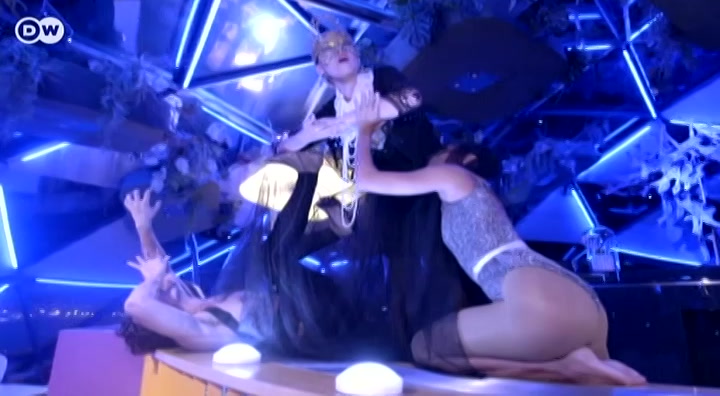 i just wonder whether i'll be able to digest all those sensory experiences including the food of course just a couple. more on that story on the others on our website as always d.w. dot com and slash culture join us again at the same time tomorrow if you can from now i.
7:58 pm 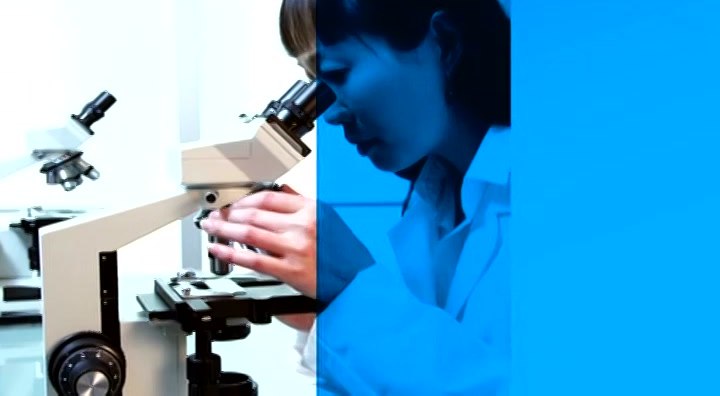 pick up. the comdex prices on stop the judgments highflyer just keeps on some against me. i knew that things are back to normal after living in mine so i leave the table to. check off. through him. santosh douglas. take it personally you went with all the wonderful people and stories that make the game so special. for all true fans. the more than football online. beethoven is for me.
7:59 pm 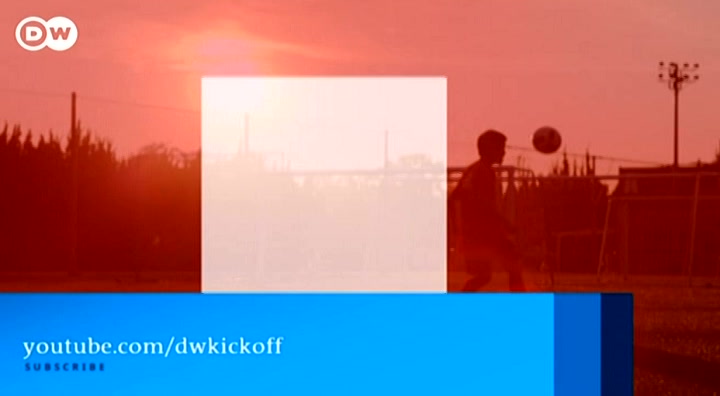 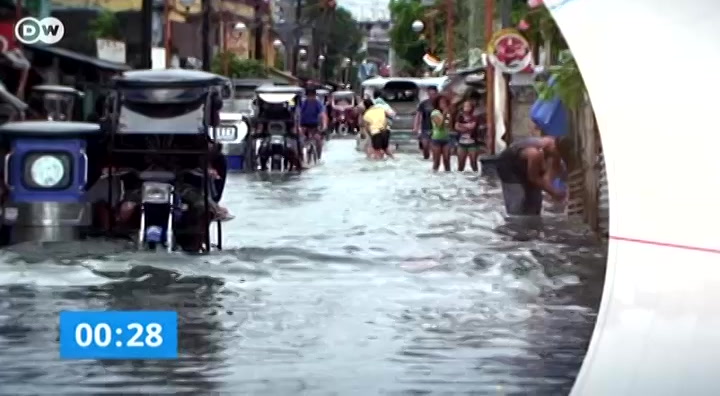 this is g.w. news live from berlin the caucus chaos in iowa 24 hours after voting for the democratic presidential candidates and the world it still doesn't have the results of the democratic party and blaming it on the new album a technical malfunction that has turned the start of the election season into a nonstarter.
left
right
Borrow Program
tv