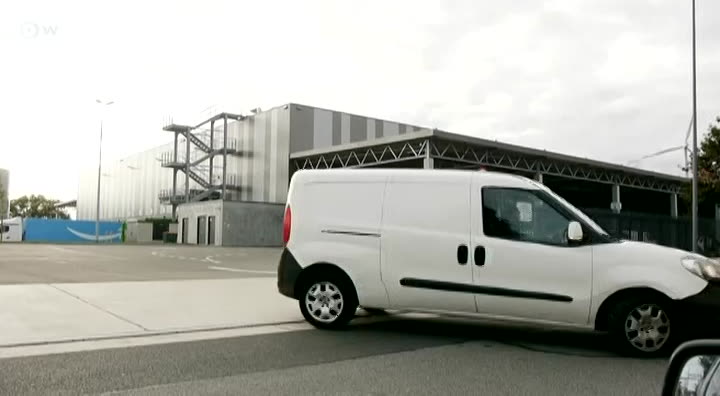 worked employed by the subcontractor they say they worked 12 hours a day 6 days a week for an agreed net pay of $1400.00 euros a month. is now trying to help them get the money he's been writing letters to the sub contract. if necessary the case will go to court. our job is not to fight the legal battle to the end. we just want to give the necessary impetus and empower the people so that they're in a position to fight for their rights so that they have the feeling no it's not right that our wages haven't been paid. since that although we have the same rights as the germans and the domestic work force. this man is from bosnia herzegovina he too has not been paid for some of the work he's done and for a long time he took no action he does seasonal jobs at various building sites in
6:46 pm 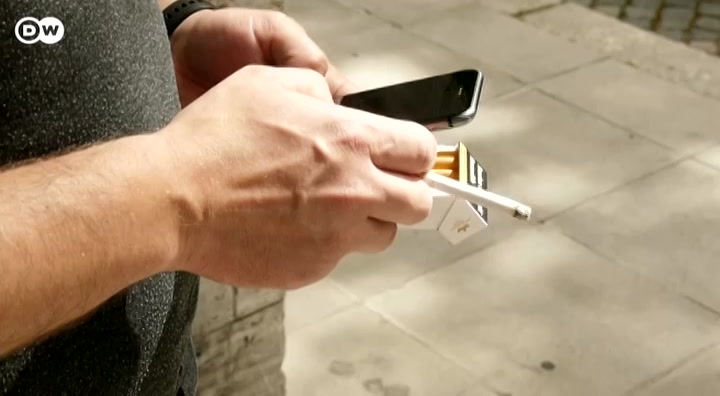 the german city of stuttgart and he too wishes to remain anonymous he says he's never been paid for the overtime he's done and is now only about $8000.00 euros he's turned to say you have voyage from the german trade union confederation for help he takes her to a building finds in the center of stuart got he worked here but was never paid. for i've lost track of how much i'm old. but it was about 10 saturdays that i worked here but. i only know i was never paid for it. only in airports. they now need to find out the name and address of the company that was supposed to pay him they also need the exact hours that he worked in order to pursue the legal case but the 1st challenge is to establish which sub contractor is actually responsible. most people don't get their money because by the time you discover which sub contractor you're dealing with you find another subcontractor working for
6:47 pm 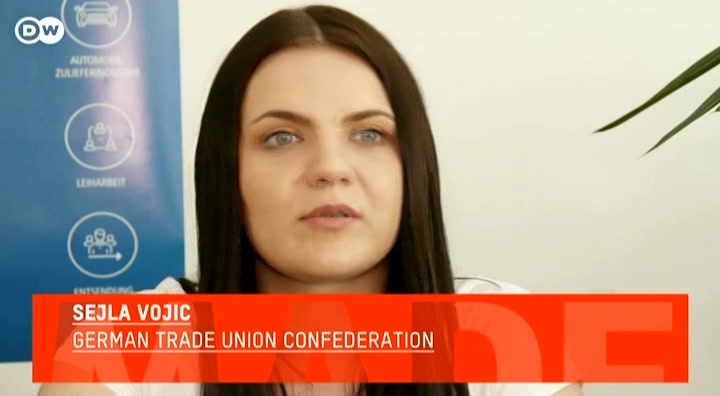 them and sometimes you have a chain of 10 companies before you get back to the main contractor. mounting a legal case and that situation is difficult and expensive as a result few people perceive the issue and the companies get away with it. know some travel for work others travel to get away from work but going on holiday during a pandemic especially when some of the most popular holiday destinations are situated in regions that were hardest hit by the coronavirus like italy or spain is it safe to go there now that case numbers are rising again many feel it is too soon to go back to normal to lie on a beach and sip a cocktail in the sun but that's bad news for millions of people who depend on tourism to make a living. have a martini is hoping this area will soon be teeming with tourists again he manages
6:48 pm 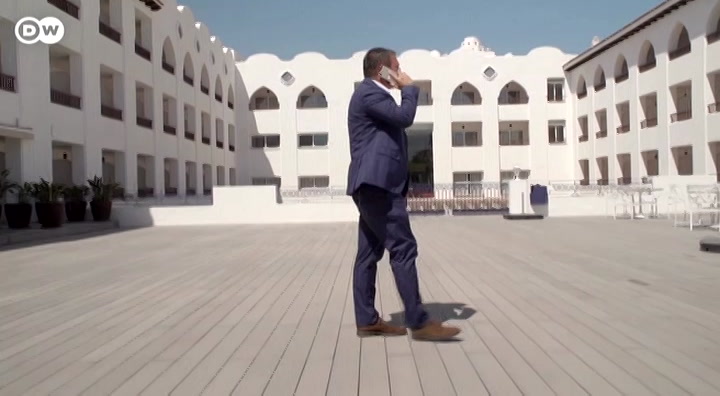 a hotel and bet on a modern on the casa del sol. after his business was thrown into disarray because of the coronavirus now half of his stuff will return to work. there we think that demand will rise with the reopening of international markets and that's why we think this is the moment to offer them a safe destination not just for the spanish or the regional market but for international travelers to. you know the for the public on the phone. with the world still in the grips of a pandemic what future does tourism have in europe alone some 12000000 people are employed in this sector hundreds of thousands of them have lost their jobs. things have gotten off to a slow start and have a martini hotel. makers checked in on the 1st day the hotel has capacity for over 500 nearly all of the visitors come from spain for the hotel manager it's about managing expectations with the most in the emerging from
6:49 pm 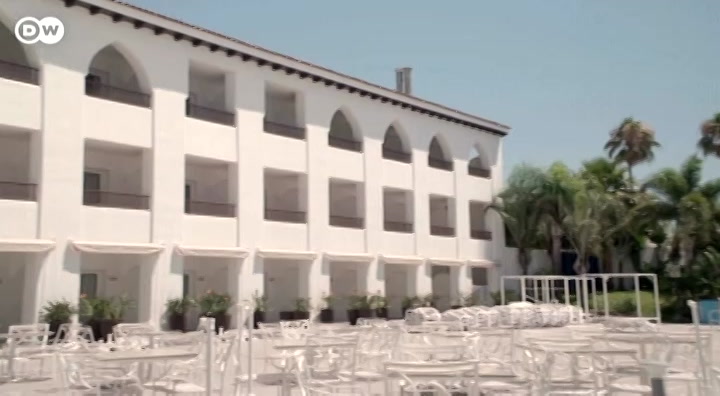 a global crisis we won't be reaching the capacity we had expected we will try to get to 50 to 60 percent. i think when. many associate the costa del sol with mass tourism every base of the coastline has been built up you need a lot of tourists to fill the hotels and restaurants here. present around a 3rd of hotels are open. this promotional video is part of a response from the tourist board. the hope is that stunning footage like this will draw more visitors to the costa del sol. is a solid destination and luckily we have the molokai province so we'll slowly recover i can't say how long it will take that would be very risky we have a. change of location now to minorca one of the body eric islands
6:50 pm 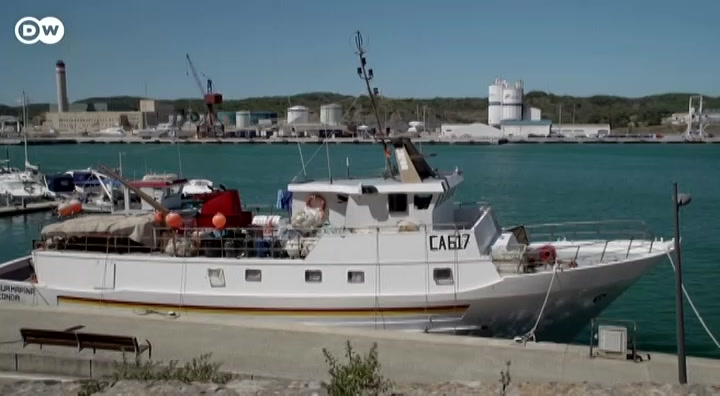 here data scientists are trying to predict the future of tourism. employees use this information to identify trends. in those offices that old data won't help us right now there's no use comparing july 29th seen with july 2020 intuition won't help because there's so much uncertainty right now we can't guess what will happen next. right now tourist industry professionals are looking for facts about how visitors are behaving right now in real time. but the current situation underscores what we've been saying for years but with people of that you can examine tourist dynamics in real time. and even partly predict to. minorca does have
6:51 pm 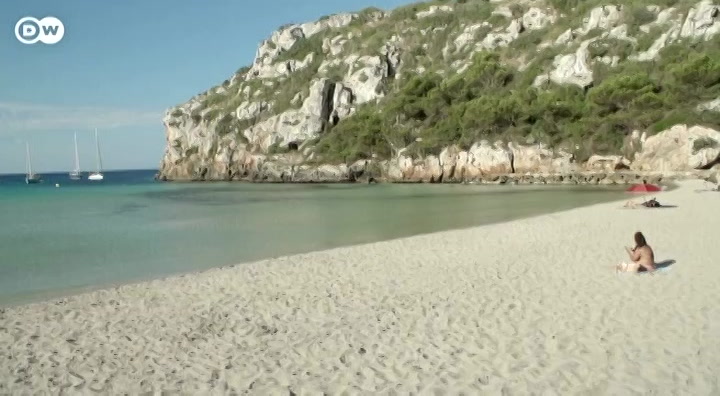 some advantages that the casa del sol doesn't have it's never been a mass tourist destination this pristine beach is a testament to that but even for minorca standards visitor numbers are extremely low sandra rubio offers kayaking expeditions despite the huge drop in demand she's trying to stay positive. is that we don't you know it's very quiet but it seems to be picking up slowly still we know that it won't be more than 20 or 30 percent of what would be regular business now minorcas tourist board has enlisted the help of map rianne in the hope of giving the local tourist industry a boost one strategy making videos that focus on the specific things tourists are interested in not just pretty pictures of beaches. we know from germany that holiday makers are looking for sun and beaches. but then we add in nature because we know that that's the 2nd most important thing for germans. to
6:52 pm 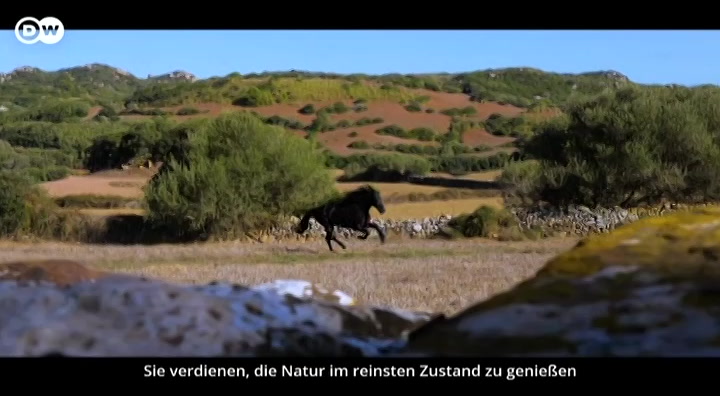 study. the videos have triggered a rise in online searches and more reservations. but minorca has encountered another problem as a result of the corona virus. and that's one of. their own is enough flights and those that are running are expensive this makes everything harder the connections are important the flight cancellations and unattractive prices make everything harder. it was if you. think de sac can't solve that problem. but at least tourist industry professionals in minorca know where in germany that would be visitors live. and what effect that we can see where there's a demand not only in what country but in what region united. and that helps when discussing possible routes with airlines and any. such
6:53 pm 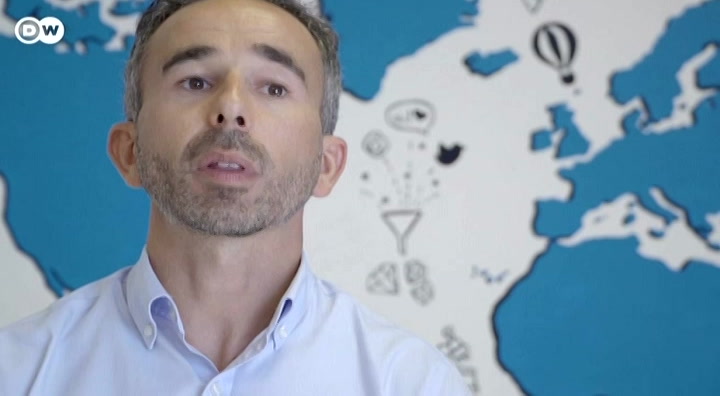 discussions aren't much help to hotel owner javier martine who believes big data has its limitations. but we operate from day to day big data doesn't help us. keep your cool and keep going. many in this sector including sandra rubio are hoping the tourist season can still be saved. keep your cool now that's the kind of advice my colleague likes to give and as we'll see now he has found his own personal way of staying cool in the current crisis especially when it comes to tackling the issue off social distancing one and a half meters let's go or. i need to from me just safety zone. so i think. that that music.
6:54 pm 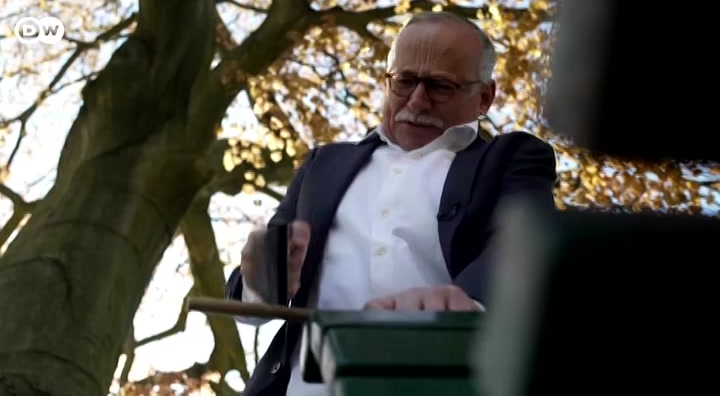 so one and a half meters perfect. perfect. this is the distance between you and me between me and the world. all around me in the hall of meters. of these a bucket there's only room for me on this bench. any closer is dangerous. closer is infectious. in the markets it's if there's a magic number i was like this tall when i was 10.
6:55 pm 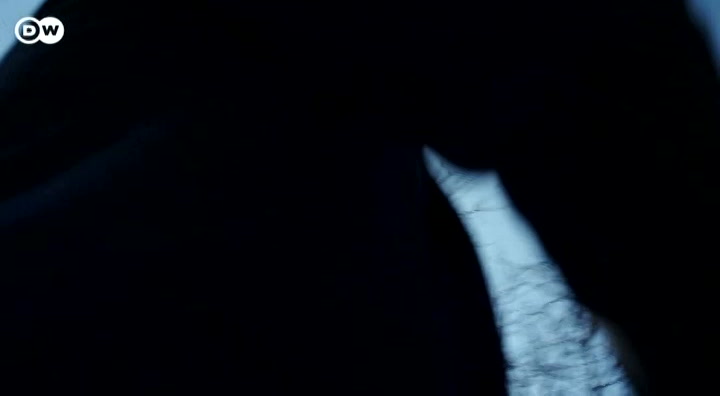 thomas you know can i still walk here. how is this supposed to work how big the square have to be for all of us to fit. in i'm trying to do something home to even see your smile with this thing off most of us we're supposed to keep all distance show with some people i don't really mind without us i miss it a lot. kind of you i can. give it a try tree it feels good it's safe and that's good in times like thinking just because inside. of that feels good. i was talking trees long before the coronavirus don't tell anyone well that's all for this edition of mate it's certainly kept us busy despite the pandemic from here
6:56 pm 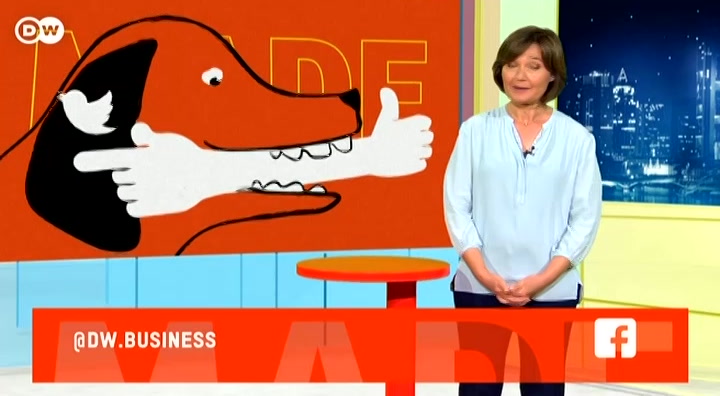 the team in berlin thanks for watching stay safe and see you soon.
6:57 pm 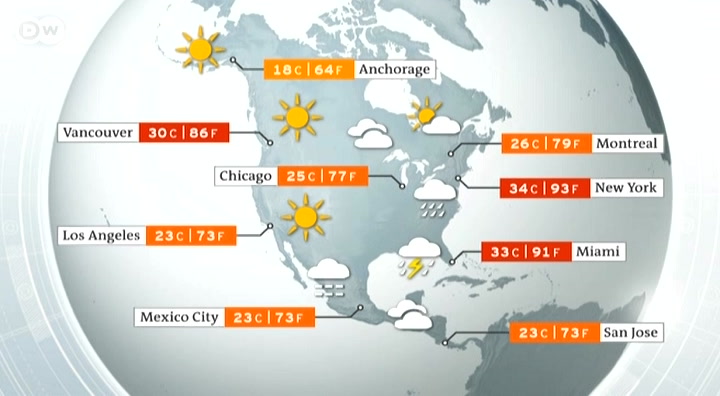 enters the conflict zone in these extraordinary times we decided to take the opportunity to focus on the impact that the coronavirus pandemic is having on human rights around the world there are reports of invasive surveillance of authoritarian power grabs my guest is the head of human rights watch kenneth roth how many limitations are people willing to accept in order to fight a threat like coronavirus conflict the 1st. 30 minutes w.
6:58 pm 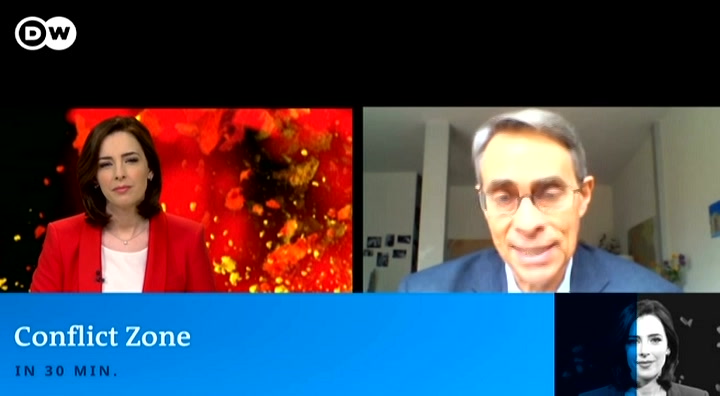 . a meal time good welcome to the 2nd season of. islam about the environment about society it's not about us but all planets on the brink he spoke to some leading experts in the film. just to get a couple of good sense of. place. every day counts for us and for our planet. global ideas is on its way to bring you more conservation and claim to make see the screen. go to my projects have a chance to play with. to france to play the u.s. environmental series of little small towns and on t.w. dawn ma but america has become. a
6:59 pm 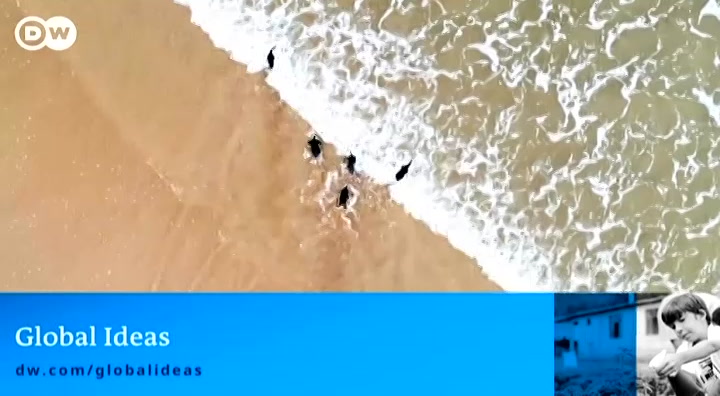 fireplace believe mum this has been fairly plain all of these places the be slaves to consume forests and entire residential areas. placing temperatures around water shortages land clearance there is an abundance of flammable material but once again i did. know some of the finest players but the the 0 moves going up in smoke claiming the liberation of the world on fire starts aug 12th on g.w. we have 205 at the back. and dance with the babies. played
7:00 pm 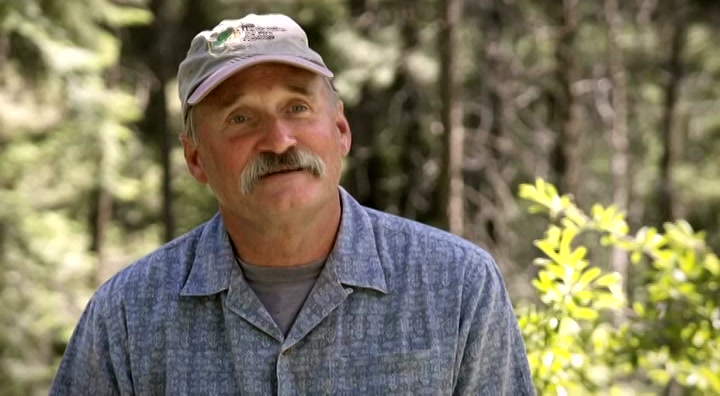 . this is it only their use live from berlin seeing red pen democrats have it on the world economy corner virus this amazing united states g.d.p. shrinking it by a red turd shattering 33 percent for the virus also ravaging europe's biggest economy germany contracting it by 10 percent a new year's worth of growth wiped out.
left
right
Borrow Program
tv