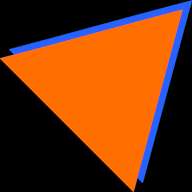 Tom Brady, drafted in the 6th round of the NFL draft, used to be a hero, a patriot. He was a man. Yet that all changed, when he, and the Patriots cheated, in 2007. Yes, back in 2007, the patriot were caught filming other teams, which can be taken in a terrible way, if you consider his next crime, having people touch his balls. Is it possible that those could be connected. He filmed people, then touched his balls. Probably not thoug, unless he is turned on by big, fat, sweaty men, smashing up against each other. Whos says the NFL is homophobic. Now back to Deflategate, Tom Brady is going to be suspended for 4 games next year. Which is ridiculous, because, Ray Rice beat his wife, and got suspended for 2. On top of that, Josh Gordon got suspended for a year because he smoked some weed. This entire debacle, just shows that the NFL has no idea what it is doing, and will eventually die.

Today, Canada won the Hockey World Championship, for the first time since 2007. They cruised past the Russians in the finals, and that means, absolutely nothing. The Hockey World Championship is the most meaningless world championship in the world, beside of course the legendary hot dog eating contest. Now I know one hot dog is disgusting, but know imagine 20 of them. Back to the hockey, where this tournament eliminates some of the games best players. This tournament happens right in the middle of the Stanley Cup Playoffs, so the best players on the best teams don’t get to play. And if that sounds ridiculous, it is.Canada has won the past two olympic hockey tournaments, yet they haven’t won this tournament since 2007. Steven Stamkos was 17 in 2007. 2007 was the year the first iPhone was released. Hillary Clinton was running for President, I guess some things don’t change. The world championship of hockey is the equivalent of having a fight, but saying your fist can’t come.

Jeb Bush, brother of former president, and true American, George W Bush. George Bush is so American that when he became president he made sure he’d get burgers every day. What could be more American. He got in a fight, that he didn’t have to, what could be more American. But Jed is running, and he is trying as hard as possible to avoid being considered just another Bush. Yet, he hired mostly the same advisors as his father and brother. So, does he really want to be his own person.

Legends of Tomorrow and Supergirl

The DC universe is expanding, and everything is about to change, but what universe is who in. There are 2 unverses, the CW universe and the justice league universe, yet which one will be best.