The Republican Party in Pieces

The Republican Party in Pieces

The Republican Party in Pieces: A Comedy (in Fragments), performed by Stanford Classics in Theater May 13 and 14, 2016.

In 2016 SCIT experimented with a series of interconnected one-act plays based on fragments of Old Comedy: Aristophanes' Banqueters, Cratinus' Wine Flask, and Eupolis' Demes. The show as a whole was set at the Republican National Convention, which, in the heated and divisive run-up to the 2016 election, seemed a magnet for fragmentation in all its senses. The production also sought to capture some of the agonistic aspects of Old Comedy in its original context, with audience members voting for their favorite play at the end of the evening. The Banqueters was directed by Brandon Bark, David Pickel, and Bobby Pragada. The Wine Flask was directed by Ted Kelting. The Demes was directed by Stephen Sansom.

The video combines parts of the May 13 and 14 performances.

Downloaded 2017-06-12 from https://www.youtube.com/watch?v=5M708TIn7G0. The Republican Party in Pieces.info.json is a youtube-dl info JSON file. 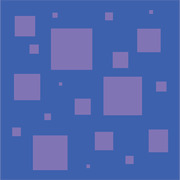