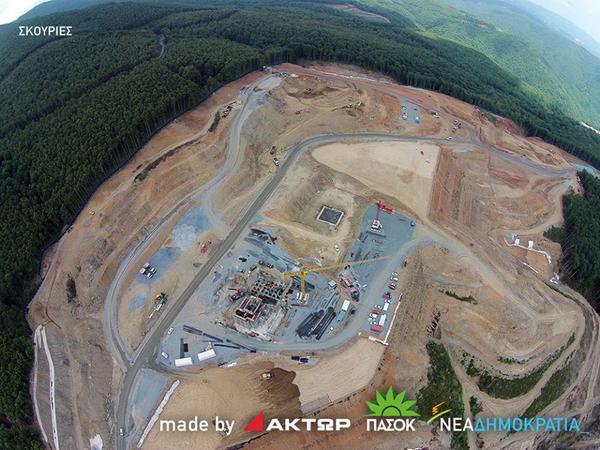 by
The Final Straw

This week on The Final Straw, we feature an update from Sean Swain, who's just been moved along with other people in his security level at Ohio State Prison in Youngstown to SOCF Lucasville.  Information on his new call-in campaign can be found at: http://seanswain.org/support-sean-resisting-harassment-at-socf/.
His new address is:

For the majority of the episode, a comrade in Greece has provided us with interviews concerning the resistance to the gold extraction and refining destroying Mt Skouries in Chalkidiki, Greece.  The mining and refining are going to line the pockets of the Vancouver-headquartered company called Eldorado Gold Corporation. Resistance to this mining in Northeastern Greece has been in it's current phase since 2006.

First, we'll hear portions of our friend's conversation with a young activist and her mother at a blockade on Skouries about some of the economic alternatives locals are trying to create to remove reliance on mining jobs that destroy their land, air and water. They also speak about the resistance as it's developed over the years and some of the methods Eldorado Gold Corp has been trying to implement to drain the water-table in the mountain in order to aid the mining process.

Next, our friend speaks with Heli and a friend about more of the history of resistance to the mining there, changes in organizing that've occurred, waves of repression by the Greek State.  They'll also touch briefly on expectations (or the lack thereof) among the residents of that region of the current leftist Syriza regime's political will to stop the destruction of the environment around Skoures.  The Syriza Party's Energy Minister, Panagiotis Lafazanis, has pledged to do everything it can within the law to block the Skouries mining by Eldorado Gold Corp.

More on the struggle there can be found in English at http://antigoldgr.org/en/
, http://soshalkidiki.wordpress.com/category/in-english and in greek at http://saveskouries.blogspot.com

Uploaded by Bursts O&apos;Goodness on February 22, 2015