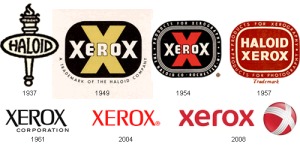 Xerox Corporation (pron.: /ˈzɪərɒks/) is an American multinational document management corporation that produced and sells a range of color and black-and-white printers, multifunction systems, photo copiers, digital production printing presses, and related consulting services and supplies. Xerox is headquartered in Norwalk, Connecticut (moved from Stamford, Connecticut in October 2007), though its largest population of employees is based in and around Rochester, New York, the area in which the c...

DESCRIPTION
Xerox Corporation (pron.: /ˈzɪərɒks/) is an American multinational document management corporation that produced and sells a range of color and black-and-white printers, multifunction systems, photo copiers, digital production printing presses, and related consulting services and supplies. Xerox is headquartered in Norwalk, Connecticut (moved from Stamford, Connecticut in October 2007), though its largest population of employees is based in and around Rochester, New York, the area in which the company was founded.

It was hardware and software designers at Xerox that invented several of the most important elements of personal computing still in use today, such as the graphic interface, the computer mouse and desktop computing. These features were frowned upon by the then board of directors, who ordered the Xerox engineers to share them with Apple technicians. The features were taken on by Apple and, later, Microsoft. Partly thanks to these features, these two firms would then go on to duopolize the personal computing world.

Xerox was founded in 1906 in Rochester as The Haloid Photographic Company, which originally manufactured photographic paper and equipment. The company subsequently changed its name to Haloid Xerox in 1958 and then simply Xerox in 1961. Xerography, a modern word meaning "dry writing" developed from two Greek roots, is the name of the process invented in 1938 and developed by the Haloid Company. The company came to prominence in 1959 with the introduction of the Xerox 914, the first plain paper photocopier using the process of Electro-photography, (later changed to xerography) discovered by Chester Carlson, which he developed with John H. Dessauer. The 914 was so popular that by the end of 1961 Xerox had almost $60 million in revenue. Revenues leaped to over $500 million by 1965.

In 1970, under company president Charles Peter McColough, Xerox opened the Xerox PARC (Xerox Palo Alto Research Center) research facility. The facility developed many modern computing technologies such as the graphical user interface (GUI), Laser printing, WYSIWYG text editors and Ethernet. From these inventions, Xerox PARC created the Xerox Alto in 1973, a small minicomputer similar to a modern workstation or personal computer. This machine can be considered the first true Personal Computer, given its versatile combination of a cathode-ray-type screen, mouse-type pointing device, and a QWERTY-type alphanumeric keyboard. But the Alto was never commercially sold, as Xerox itself could not see the sales potential of it. It was, however, installed in Xerox's own offices, worldwide and those of the US Government and military, who could see the potential. Within these sites the individual workstations were connected together by Xerox's own unique LAN, The Ethernet. Data was sent around this system of heavy, yellow, low loss coaxial cable using the packet data system. In addition, PARC also developed one of the earliest internetworking protocol suites, the PARC Universal Packet.

In 1979, Steve Jobs made a deal with Xerox's venture capital division: He would let them invest $1 million in exchange for a look at the technology they were working on. Jobs and the others saw the commercial potential of the WIMP (Window, Icon, Menu, and Pointing device) system and redirected development of the Apple Lisa to incorporate these technologies. Jobs is quoted as saying, "They just had no idea what they had." In 1980, Jobs invited several key PARC researchers to join his company so that they could fully develop and implement their ideas.

In 1981 Xerox released a system similar to the Alto, the Xerox 8010 Star. It was the first commercial system to incorporate technologies that have subsequently become commonplace in personal computers, such as a bitmapped display, window-based GUI, mouse, Ethernet networking, file servers, print servers and e-mail. The Xerox 6085 Star, despite its technological breakthroughs, did not sell well due to its high price, costing $16,000 per unit. A typical Xerox Star-based office, complete with network and printers, would have cost $100,000. In the mid 1980s, Apple considered buying Xerox; however, a deal was never reached. Apple instead bought rights to the Alto GUI and adapted it into to a more affordable personal computer, aimed towards the business and education markets. The Apple Macintosh was released in 1984, and was the first personal computer to popularize the GUI and mouse amongst the public.

The company was revived in the 1980s and 1990s, through improvement in quality design and realignment of its product line. Development of digital photocopiers in the 1990s and a revamp of the entire product range—essentially high-end laser printers with attached scanners, known as Multi Function Machines, or just MFMs, these were able to be attached to computer networks—again gave Xerox a technical lead over its competitors. Xerox worked to turn its product into a service, providing a complete document service to companies including supply, maintenance, configuration, and user support. To reinforce this image, the company introduced a corporate signature, "The Document Company" above its main logo and introduced a red digital X. The digital X symbolized the transition of documents between the paper and digital worlds.