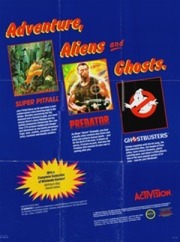 A collection of contributed and uploaded Catalogs to the Internet Archive.

Modernist aesthetics in architecture, art, and product design are familiar to many. In soaring glass structures or minimalist canvases, we recognize a time of vast technological advance which affirmed the power of human beings to reshape their environment and to break, radically, from the conventions or constraints of the past. Less well-known, but no less fascinating, is the distillation of modernism in graphic design. This unprecedented TASCHEN publication, authored by Jens Muller, brings...
Topics: Logo Modernism, Book, by Jens Muller and R. Roger Remington, Taschen GmbH, 978-3836545303

Print version of the McMaster-Carr industrial supply company's catalog (118th edition, 2012). 3779 pages. Since the development of the McMaster-Carr online catalog , the print catalog has been limited in distribution, mostly to established customers.
Topics: mcmaster-carr, catalog, hardware

Founded in 1914, the Johnson Smith & Co. catalog of novelties marketed toys, gags, instruments, magic kits, costumes and other clothing, jewelry, trophies, knives, pets, and other assorted knicknacks to children and teens in the USA. Commonly excerpted as a single-page advertisement in comic books, this 586-page catalog teems with images and descriptions that evoke childhood mischief, pranks, fantasy, and wonder in 20th century America. This pdf was created with images uploaded by...
Topics: catalog, toys, novelties, magic, gags, gimmicks, knicknacks, childhood

2003 Loompanics Catalog. Most of these books still might be found either online, Amazon, ebay, etc. Loompanics Unlimited was an American book seller and publisher specializing in nonfiction on generally unconventional or controversial topics, with a philosophy arguably tending to a mixture of libertarian and left wing ideals, although Loompanics carried books expressing other political viewpoints (including far right) as well as outspokenly apolitical ones. The topics in their title list...
Topics: Loompanics, Catalog, Loompanics Catalog, 2003, unconventional, counterculture, libertarian,...

This Book Does Not Belong To Me It Belongs To Mark Stansbury How Go To His Library 1. Go To My Library 2. Click The Shoutouts And New York Times Newspapers And You Will See His Library Hey Mark If You Don't Like Me Re-Uploading Your Content You Can Contact Me On My Email troyhollingsworth551@gmail.com
Topic: Sears Roebuck Catalogs

This Book Does Not Belong To Me It Belongs To Lauretta Doellman How Go To His Library 1. Go To My Library 2. Click The Shoutouts And New York Times Newspapers And You Will See His Library Hey Lauretta If You Don't Like Me Re-Uploading Your Content You Can Contact Me On My Email troyhollingsworth551@gmail.com
favoritefavoritefavoritefavorite ( 1 reviews )
Topic: Sears Roebuck Catalogs

Sony catalogs of various devices from Vaio to Walkman and more. Very cool imagery used by Sony to advertise many of these products. Every single flyer I could find via Google as of April 27, 2020. There may have been more, and if there were they were lost to time.
Topics: sony, vaio, japan, japanese

Catalogs Inbox and Contributions
The History Of The Quranic Text From Revelation To Compilation - Dr. M. M. Al Azami
texts

The Qur'an reigns supreme in Muslim hearts as the most sacred of texts: a profusion of exalted ideas to rouse the mind, noble histories to stir the soul, universal truths to awaken the conscience and precise injunctions directing humanity to its own deliverance, all distilled into the melodious essence that is the Word of Allah. Through fourteen centuries Muslims have persevered in championing the text against corruption, memorising its every word and contemplating its every phrase, so that in...
Topic: Quran

Catalogs Inbox and Contributions
London's dreadful visitation, or, A collection of all the bills of mortality for this present year
texts

From (US) National Library of Medicine –  https://collections.nlm.nih.gov/catalog/nlm:nlmuid-2378023R-bk London's dreadful visitation, or, A collection of all the bills of mortality for this present year: beginning the 27th of December 1664, and ending the 19th of December following : as also, the general or whole years bill : according to the report made to the King's most excellent Majesty, by the Company of Parish-Clerks of London, &c Alternate Title(s): Collection of all the bills of...
Topic: plague

DESCRIPTION
A collection of contributed and uploaded Catalogs to the Internet Archive.
ACTIVITY