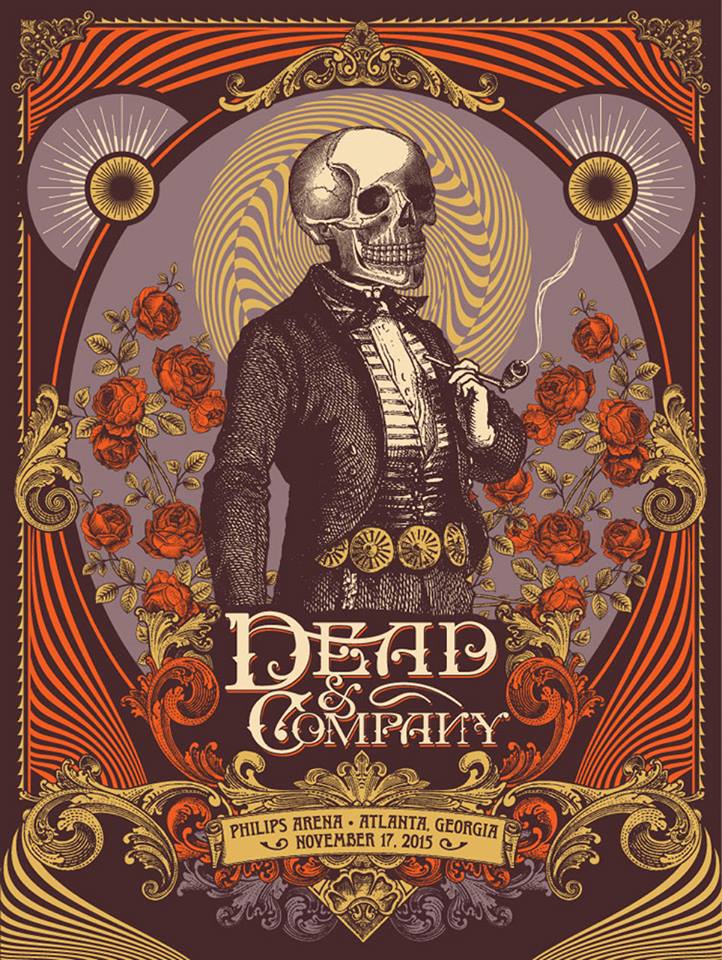 Reviewer: R J - favoritefavoritefavoritefavorite - May 11, 2017
Subject: great recording - great show
I am just getting the opportunity to listen to this show for the first time since attending. It's a really nice quality recording for an audience recording, but really adds to the energy of the show in a way a sbd might not. Nevertheless, the guys were solid that night. Agree with a few folks who have stated they got lost a couple of times, but I've really like Mayer's addition. He's a well studied guitarist who seems to be having a blast up there. Band was really letting him stretch out the fretboard on this night.

Looking forward to seeing the boys at Lakewood this summer. See you guys there!
Reviewer: SpreadNeck Rhyne - favoritefavoritefavoritefavoritefavorite - July 7, 2016
Subject: First One, and a Good One
I live in Marietta and this was my first Dead & Co show. I admit I was curious if not skeptical, but Mayer & Burbridge did a hell of a job! They brought energy to the group that, I feel, has been long overdue. I was rocked by Mayer's solo on Loser too. Give it a listen...

Yes it's 2015, it's Bob's band and he's all about keeping it down tempo. But it's been that way before and THE 20 years since we lost dear Jerry. As for Mayer, he fits in well, has the chops, plays great fills without overdoing it... If only Bob would relinquish more lead vocals to him! He owned the Franklin's! Jeff is amazing and it's so great to hear the B3 after Vince was told back in the day after Brent, there was to be no B3. As for Oteil, his bass lines are a bit more catchy than we are used to with Phil's but he stays true to them and it works - not to mention his vocal harmonies are spot on.

Lastly, I went to all five FTW shows and while the emotional gravity of those nights were unequaled, the band this evening in Atlanta was in high gear mid-tour form, without the added pressures of so called farewell shows.
Reviewer: GregAtlanta - favoritefavoritefavoritefavoritefavorite - November 20, 2015
Subject: Awesome Recording and Show!
First, many thanks to Z-Man. I do not know the technical details, but this sounds damn good to me.

I have listened to other shows is all. I thought this one was the best to date, but I always seem to like the shows I see the best.

I love it! No Mayer regrets for me! I am just a listener who has been fortunate to have stumbled on this band back in the early 70s and they keep on giving.

To get the chance to see this line-up here in Atlanta was fantastic! The whole experience was wonderful. Then a member of the community offers up this beautiful recording!

My take is that some have been shaken by the emotional roller coaster of Jerry passing, FTW, Mayergate, and the emergence of an engaging Grateful Dead touring band without Phil. This recording speaks for itself if you care to listen.
Reviewer: Grahamps - favoritefavoritefavoritefavorite - November 20, 2015
Subject: Beautiful sound!
I also recorded this show (outside of the tapers section). This beautiful recording makes mine sound just "cute." There's little comparison between the two, except we recorded the same show!

My feeling is the the Atlanta show itself was more off-the-mark than the others I've heard. Thankfully, I was at Greensboro. Because, after attending Saturday night in NC, my expectations were that Atlanta was going to be even better. Well, my two cents is that the first set of Greensboro was brick solid, if polite. The second set in Greensboro ascended all the way to the end of One More Saturday Night, and landed so fine with the FOTD encore. Following a similar structure, Atlanta never fully matched up.

3 stars for the show. 5 for the recording.

Uploaded by yeahcarmelo on November 18, 2015