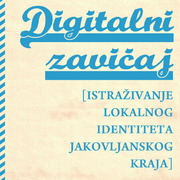 Manuals for the Amiga CD32 System

Freely distributable replay and demo movies from a number of different sources, including popular 2D shoot em up (or 'shmup') console and PC videogames, are featured here. Check out the incredible skills, amazing chains, and spectacular flying prowess demonstrated here!

This collection contains videos from Internet Archive users about the events of September 11, 2001 and the issues surrounding them. 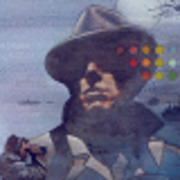 The National Agricultural Library &nbsp;is one of four national libraries of the United States and houses one of the world's largest collections devoted to agriculture and its related sciences. NAL was created with the&nbsp; U.S. Department of Agriculture &nbsp;in 1862 and designated a national library in 1962.&nbsp;&nbsp;It is located in Beltsville, Maryland, on the grounds of the&nbsp; USDA's Beltsville Agricultural Research Center .&nbsp; Since the library has a...

Manuals, instructions and schematics for the Commodore Amiga family of computers. 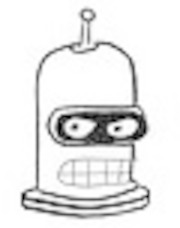 Amiga World was a magazine dedicated to the Amiga computer platform. It was a prominent Amiga magazine, particularly in the United States, and was published by IDG Publishing from 1985 until April 1995. The first several issues were distributed before the computer was available for sale to the public. Issue 3 (Vol 2 No 1, January 1986) featured the artist Andy Warhol.

Software Sites are collections of software available on websites over the last few decades that were mirrored at the Archive and then left in a dormant state. While the data on them is still valid, it is likely that many of the still-maintained files will have much more prominent versions, which will have bugfixes and other important updates.

One of the most historically important artifacts to come from the home computer telecommunications revolution was shareware CDs, compact discs put out by companies containing hundreds of megabytes of shareware. Initially containing less than the full capacity of the discs (600mb, later 700mb) these items eventually began brimming with any sort of computer data that could be packaged and sold. As material "ran out", that is, as sellers of these CDs found they were unable to easily find...
Topics: Mark Fugitt, Mike Laybourn, sysop, RBBS software

The Tucows Sofware Library is the largest freeware/shareware library on the Internet. It provides users with over 40,000 software titles that have been "tested, rated and reviewed" by Tucows inc. This archive includes the latest versions of Tucows software, as well as older versions not available through Tucows and its mirrors.
Topic: Software

These emulated Amiga software programs consist of demos and music disks from 20 years of community coding. A thank you to the Scripted Amiga Emulator project, as well as db48x and bai , for all the hard work with this experiment.&nbsp;

This library contains digital images uploaded by Archive users which range from maps to astronomical imagery to photographs of artwork. Many of these images are available for free download.
Topic: images

The Vintage Software collection gathers various efforts by groups to classify, preserve, and provide historical software. These older programs, many of them running on defunct and rare hardware, are provided for purposes of study, education, and historical reference.

Take a step back in time and revisit your favorite DOS and Windows games. The files available in this collection consist primarily of PC demos, freeware, and shareware. These files are the original releases which will require intermediate to advanced knowledge to install and run on modern operating systems. If you would rather simply try some classic MS-DOS games inside your browser you may wish to try the online MS-DOS Software Library . New games are added to this collection on a weekly...
Topics: PC Games, Vintage computer games, Windows games, DOS games

Project Gutenberg began in 1971 by Michael Hart as a community project to make plain text versions of books available freely to all.
Topic: Texts

A collection of public domain World War II books, radio broadcasts, V-discs , films, and other ephemera. Curated by a librarian. Thanks for the support & please consider donating to a veteran's charity of your choice and/or the Internet Archive (so that others can enjoy this WWII Archive in the future).
Topic: World War II

Software for MS-DOS machines that represent entertainment and games. The collection includes action, strategy, adventure and other unique genres of game and entertainment software. Through the use of the EM-DOSBOX in-browser emulator, these programs are bootable and playable. Please be aware this browser-based emulation is still in beta - contact Jason Scott , Software Curator, if there are issues or questions. Thanks to eXo for contributions and assistance with this archive. Thank you for your...

The Old School Emulation Center (TOSEC) is a retrocomputing initiative dedicated to the cataloging and preservation of software, firmware and resources for microcomputers, minicomputers and video game consoles. The main goal of the project is to catalog and audit various kinds of software and firmware images for these systems. As of release 2012-09-15, TOSEC catalogs over 200 unique computing platforms and continues to grow. As of this time the project had identified and cataloged 466,396...

The Internet Arcade is a web-based library of arcade (coin-operated) video games from the 1970s through to the 1990s, emulated in JSMAME, part of the JSMESS software package. Containing hundreds of games ranging through many different genres and styles, the Arcade provides research, comparison, and entertainment in the realm of the Video Game Arcade.   The game collection ranges from early "bronze-age" videogames, with black and white screens and simple sounds, through to large-scale...

With the re-branding of computing power and machines as something welcome in the home and not just the workshop, a number of factors moved forth to sell these machines and their software to a growing and large group of customers. Besides the introduction of more elegant cases and an increased presence by larger and larger firms, a strong argument can be made that one of the forces was the proliferation of computer-related magazines and newsletters that gave a central, printed home for writing...

The Great 78 Project ! Listen to this collection of 78rpm records, cylinder recordings, and other recordings from the early 20th century. These recordings were contributed to the Archive by users through the Open Source Audio collection. Also the Internet Archive has digitized many . Artists available here include Ada Jones, Caruso, Eddie Cantor, Edison Concert Band, Harry MacDonough, Len Spencer, Paul Whiteman, and many others. The Almost Complete 78 RPM Recording Dating Guide by Steven C Barr...

The Magazine Rack is a collection of digitized magazines and monthly publications.

The Internet Archive offers over 20,000,000 &nbsp;freely downloadable books and texts. There is also a collection of 1.3 million modern eBooks that may be borrowed by anyone with a free archive.org account. Borrow a Book Books on Internet Archive are offered in many formats, including DAISY files intended for print disabled people. &nbsp;In addition to the collections here, print disabled people may access a large collection of modern books provided as encrypted DAISY files on...
Topic: Texts, Kindle, Ebook, Nook, Books