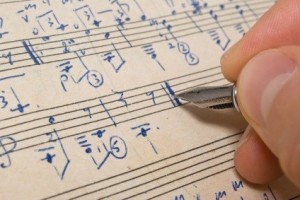 Folksonomy: A system of classification derived from the practice and method of collaboratively creating and managing tags to annotate and categorize content; this practice is also known as collaborative tagging, social classification, social indexing, and social tagging. Coined by Thomas Vander Wal, it is a portmanteau of folk and taxonomy.
More...

This is a collection of all the pieces of unique music created for the Sorcerian video game series. For tracks that have arrangements in later editions, ports, remakes, the originals are included only (that means that the PC88VA soundtrack is used for those). The collection is divided into "discs" based on what game, expansion or release they are from. The first four discs are the personal rips of Falcom Music Channel (https://www.youtube.com/c/FalcomMusicChannel) (on YouTube), the...
favoritefavoritefavoritefavoritefavorite ( 1 reviews )
Topics: Falcom, Sorcerian, Ys, Sierra

Hi there! Started this project in early November 2021. This is my favorite game soundtrack and I thought I would give it a remaster treatment. Lot's of dynamics processing and compression. Credits: hcs from USF Central ( http://usf.hcs64.com/ ) for ripping the game files in the highest quality possible Original Producers/Composers: Shigeru Araki, Yasumasa Kitagawa, Hirotaka Kurita, Yusuke Kato, Noboyuki Akena All Copyright © Konami - No infringement intended, this is a fan project (some people...
Topics: goemon's great adventure, goemon, mystical ninja, n64, konami, ost, vgm, remaster, restored,...

Hi there! Started this project in early November 2021. This is my favorite game soundtrack and I thought I would give it a remaster treatment. Lot's of dynamics processing and compression. Credits: hcs from USF Central ( http://usf.hcs64.com/ ) for ripping the game files in the highest quality possible Original Producers/Composers: Shigeru Araki, Yasumasa Kitagawa, Hirotaka Kurita, Yusuke Kato, Noboyuki Akena All Copyright © Konami - No infringement intended, this is a fan project (some people...
Topics: goemon's great adventure, goemon, mystical ninja, n64, konami, ost, vgm, remaster, restored,...

What does it feel like to soar through the skies in a hot air balloon?  Kaze no Notam  on the Sony Playstation attempts to answer that question. Released September 1997 by the mid-sized Japanese developer  Artdink , Kaze no Notam is an easygoing flight sim in the vein of Pilotwings with some light objectives, although it's more tech demo than game. The composer for the game is  Ryuuji Nishida  who also worked on a number of projects for  Artdink  like 'No One Can Stop Mr. Domino', Zeus...
Topics: Artdink, Hammock, Kaze no Notam, KVGM, KVGM – The Last Wave, Notam of the wind, PS1, Ryuji...

Harald Hårdtand: Kampen om de rene tænder  (or  Harold Hardtooth in The Fight for Clean Teeth ) or simply " Colgate " for short, is an advergame platformer released in 1992 for the C64, Amiga and DOS. The game was developed by  SilverRock Productions , a Copenhagen-based Danish company founded in 1988 and renamed in 1992 to Interactive Television Entertainment (ITE), best known for developing and producing the Hugo the Troll media franchise. The soundtrack is short and sweet with...
Topics: Amiga, C64, Colgate, Commodore 64, Demoscene, DOS, DRAX, Harald Hårdtand, Harold Hardtooth, IBM...

Description from album: A prominent figure of the 70's and 80's, Atari WAS the household name. Their most famous console, the Atari 2600. You could not go anywhere without seeing their name, their consoles, or their games in advertisements. However, the Video Game Crash of 1983 cause their popularity to plummet and things were never really the same. However, their legacy continues to live through compilations and remakes, and this album goes through the history of songs from Atari's catalog,...
Topics: atari, 2020

Pixelated Audio is excited to bring  Megan McDuffee into the studio to chat with us about her work for the recently released  River City Girls ! River City Girls is a classic action beat-em-up with light RPG elements, building on the long legacy of River City (or Kunio-Kun) games started by  Technos in the 1980s. It was released September 5th, 2019 for the Nintendo Switch, PS4, Xbox One and Steam and developed by  WayForward Technologies with oversight and some publishing handled by  Arc...
Topics: Arc System Works, Chipzel, Christina Vee, Dale North, Kunio, Megan McDuffee, NateWantsToBattle,...

Today we’re joined by long time listener and friend to the show  Norm  as we cover the classic soundtrack of  Quartet . Originally developed and published by  Sega  in 1986,  Quartet  is a futuristic 4-player arcade platformer with elements borrowed from Gauntlet. Quartet only saw one major wave of releases in arcades and home consoles plus a Sega Ages rerelease, but it maintains a dedicated fanbase and the music composed by  Katsuhiro Hayashi  plays a big role. Katsuhiro Hayashi ,...
Topics: Quartet, Sega, カルテット, System 16, Pixelated Audio, PSG, Sega PSG, YM2151, Arcade, VGM,...

A phenomenal soundtrack from a phenomenal game. The soundtrack to Outer Wilds , a game developed by Mobius Digital and published by Annapurna Interactive. The music was composed by Andrew Prahlow. The file contains all 28 songs from the base game in FLAC format. The music player built into the site may not show all of them, but they're there. Promise. Audio files acquired here .
Topics: Andrew Prahlow, Outer Wilds, OST

Folksoundomy: Game Soundtracks
Between The Trigger And The Release
May 28, 2019 by Monplaisir
audio

‘Never Obsolete’ is a compilation of music featuring old synthesizers and samples. From the quiet hiss of the Yamaha CS-80 to the crackle of a 4-channel Amiga module, Never Obsolete is a celebration of the old technology that helped to shape modern music. The contents of this album are released under a CC BY-SA 4.0 license.
Topics: music, album, electronic music, vintage synthesizer music, demoscene, demoscene music, cyberpunk,...

Days Gone is a 2019 action-adventure survival horror video game developed by Bend Studio and published by Sony Interactive Entertainment for the PlayStation 4 and Microsoft Windows. Set in a post-apocalyptic Oregon two years after the start of a global pandemic, former outlaw-turned-drifter Deacon St. John discovers the possibility of his wife Sarah still being alive, which leads Deacon on a quest to find her. Days Gone is played from a third-person perspective, in which the player can explore...
Topics: Days Gone, Sony Entertainment, Nathan Whitehead, Bend Studio, Playstation 4, PS4, Playstation 4...

You go to visit your parents in your old house and decide to take a look around in your old bedroom. Browsing through the dusty shelves you find an old video game cassette that you don't remember much about. A blow into the cartridge and you immediately fall back to your childhood, when things were easier but at the same time you could face challenges that could really change the fate of the world. Now what comes to mind, thanks to these old songs, is a vague feeling of nostalgia, and the...
Topics: electronic, idm, dungeon synth, lo-fi, vgm

In 1995, retired Navy seal man Casey Ryback took his niece across the country on board a doomed train.  Elite computerrorist Travis Dane uses various bad guy trickery to take control of famed super satellite Grazer One in order to ransom the world hostage or some shit. Well, Casey Ryback won't have that. And this is the soundtrack to that movie.  Kind of. I don't think any of these five songs were used in the film. They were probably cut for their content. Unfortunately, they have been...
Topics: comedy, soundtrack, bass, piano, guitar, Under Siege 2, Casey Ryback, portercore, Travis Dane,...

These remixes were made by the awesome musician Necto Ulin on his Youtube channel . The tracks are a selection of tracks from the first Unreal game, Unreal Tournament and Unreal Tournament 3. The orginal artists are: Michiel van den Bos Basehead (Dan Gardopée) Tero Kostermaa & Kai-Eerik Komppa Alexander Brandon Rom Di Prisco Andrew Sega Peter Hajba Necto Ulin is also doing a fundraiser for a total rework of the tunes into a full studio album. You can find and donate to this cause at...
Topics: Unreal, Unreal Tournament, Michiel van den Bos, Alexander Brandon, Rom Di Prisco, tracker music,...

The most complete collection of music from the After Dark screensaver series ------------- The After Dark Screensavers were an incredible thing to behold in the early-to-mid '90s, where preventing screen burn-in wasn't a chore, it was an artform! Having the dopest screensaver was like having the freshest rims or paint job on your car. It was a strange obsession that everyone with a home computer shared - a level of visual customization that was highly sought after. Folks would have a hundred of...
Topics: after dark screensaver, after dark, screensaver, screensavers, music, soundtrack, sound track, ost,...

This is a sad theme that can be easily used for opening credits of a movie or a video game. It's a minimalist music track with piano, strings and a simple and soft drums line. If you wanna use this music track in your project, do not hesitate to contact me here .
Topics: music, soundtrack, cinematic, minimal, ambient, instrumental, drama, piano, epic, creative commons,...

Red Dead Redemption 2 (stylized as Red Dead Redemption II) is a 2018 action-adventure game developed and published by Rockstar Games. The game is the third entry in the Red Dead series and is a prequel to the 2010 game Red Dead Redemption. The story is set in 1899 in a fictionalized representation of the Western, Midwestern, and Southern United States and follows outlaw Arthur Morgan, a member of the Van der Linde gang. Arthur must deal with the decline of the Wild West whilst attempting to...
Topics: Red dead, red dead revolver, red dead redemption, woody jackson, rockstar games, rockstar san...

This is a collection of music, including unused tracks, from the 1997 video game LEGO Island . This music was recorded from cassette tapes by Lorin Nelson, one of the musicians who worked on the game, and released here . This collection has been mirrored here as a backup in case the original site goes down. Last updated 26 November 2021 (collection ZIP updated 5 February 2019). Original description: LEGO Island’s music was really good. Unfortunately, the quality of the tracks that were used...
Topics: LEGO, LEGO Island, games, PC games, Windows 95 games, Mindscape, game music, game soundtracks, PC...
Source: https://projectisland.org/music/

These tracks are only for entertainment and storage purpose. I do not hold any copyright or license.
Topics: clannad, original soundtrack

there are 26 soundtracks used in Nekopara OVA and 1 album cover. i upload it in here because i want keep it forever on internet.
Topics: nekopara, OVA, original soundtrack

The most complete collection of cover songs (both official and unofficial) found in retro videogames ------------- Have you ever been playing a retro game and thought, "Whoa, this song sounds suspiciously familiar?" Or maybe you've heard a radical 8 or 16 bit version of a real song in one and thought it was awesome? Well, you're not alone! Whether officially licensed or recreated without permission, it was always cool to hear a popular song pop up now and then. Some of them were...
Topics: cover songs, covers, game, videogame, video game, music, soundtrack, sound track, ost, mp3, mp3s,...

This is a mirror of this page. An homage to the music of video games from the 90s, especially the Doom soundtracks by a big influence of mine, Bobby Prince. Yes, I am aware of the irony of a 90s' MIDI SoundFont being available in 24-bit .wav format. You are welcome to use any of these recordings or MIDI files in any project you are working on. This album is licensed under Creative Commons – Attribution-NonCommercial-NoDerivatives 4.0. This means you can freely use these tracks...
Topics: 8-bit, electronic, midicore, bobby prince, chiptune, doom, doomcore, midi, post-midicore,...

DESCRIPTION
Folksonomy: A system of classification derived from the practice and method of collaboratively creating and managing tags to annotate and categorize content; this practice is also known as collaborative tagging, social classification, social indexing, and social tagging. Coined by Thomas Vander Wal, it is a portmanteau of folk and taxonomy.

Folksoundomy: A collection of sounds, music and speech derived from the efforts of volunteers to make information as widely available as possible. Because the metadata related to these audio items are often done outside the library or cataloging industries, finding material can be more difficult. The Folksoundomy collection attempts to add a layer of classification for easier navigation.