The Influenza Pandemic Of 1918 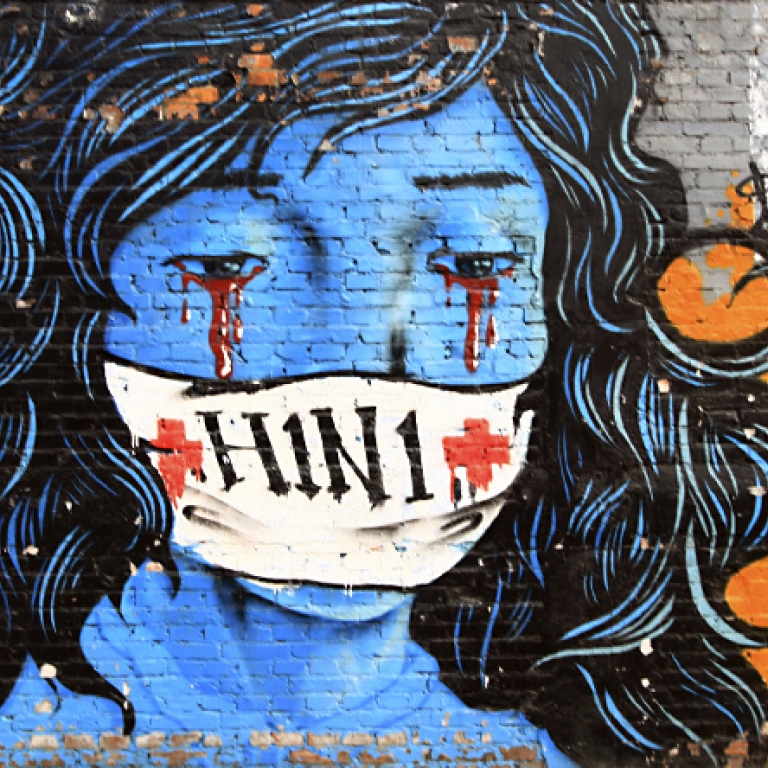 The Influenza Pandemic Of 1918

In spring of 1918, World War I was underway, and troops at Fort Riley, Kansas, found themselves felled by influenza. By the summer of 1918, the second wave struck as a highly contagious and lethal epidemic and within weeks exploded into a pandemic, an illness that travels rapidly from one continent to another. It would impact the course of the war, and kill many millions more soldiers than warfare itself.
Of all diseases, the 1918 flu was by far the worst that has ever afflicted humankind; not even the Black Death of the Middle Ages comes close in terms of the number of lives it took. No war, no natural disaster, no famine has claimed so many. In the space of eighteen months in 1918-1919, about 500 million people--one-third of the global population at the time--came down with influenza. The exact total of lives lost will never be known, but the best estimate is between 50 and 100 million.
In this powerful book, filled with black and white photographs, nonfiction master Albert Marrin examines the history, science, and impact of this great scourge--and the possibility for another worldwide pandemic today.