It Happened In Egypt 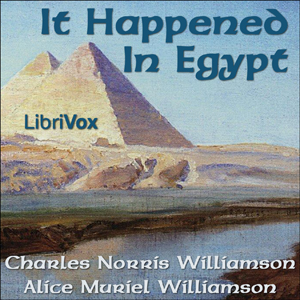 It Happened In Egypt

Librivox recording of It Happened in Egypt by Charles Norris Williamson and Alice Muriel Williamson.
Read by Sibella Denton.

Lord Ernest Borrow and Captain Anthony Fenton think they know a secret - a secret that could make them both rich. En route, they are sidetracked by Sir Marcus Antonius Lark, a woman who thinks she's Cleopatra reincarnate, a Gilded Rose of an American Heiress, and Mrs. Jones, a mysterious Irish woman with a past. Will they find the secret? Or will the trip up the Nile on the Enchantress Isis net them another discovery altogether? (summary by Sibella Denton)

For more free audiobooks, or to become a volunteer reader, please visit librivox.org.

Reviewer: kerriganm - favoritefavoritefavoritefavorite - September 25, 2015
Subject: Good mystery, good characters mixed with Egypt travelogue
This is a fun and diverting yarn. There are mysteries large and small woven into a loving and detailed tribute to Egypt. The descriptions are rich and immediate: the shimmering scarves of the multudinous, chattering vendors; the green spit of foul-tempered camels; the biting cold and silence of nights in the desert. Characters are interesting and often surprising. Lovers of Egypt will especially love the book.

Reviewer: MelodiousB - favoritefavoritefavorite - February 28, 2008
Subject: from redeemingqualities.wordpress.com
It Happened in Egypt isn't bad, but it is pretty typical. The Williamsons — a husband-and-wife pair — wrote lots of these romantic adventure novels. This one centers around a group of English and American tourists traveling through Egypt. The narrator is Lord Ernest Borrow, an slightly impoverished Irish nobleman whose older brother is the marquis of something or other. He and his pal Anthony Fenton, an army captain stationed in Egypt, think they know where to find a buried treasure, and Lord Ernest has just taken four months’ leave from his job in the diplomatic corps to join Anthony in Egypt. Ernest was born there, but this is the first time he’s been back since he was four.

On the boat over, he runs into Brigit O’Brien, a childhood friend he used to be in love with. Her husband, now dead, was some kind of radical political figure, and Brigit is convinced that his enemies are still after her and her stepdaughter Esme. Brigit’s traveling with Rosamond Gilder, a famous American heiress. She makes up for having such a heroine-y name by going by “Monny”. Brigit thinks that Ernest should marry Monny. Monny’s other traveling companions are a schoolteacher from Salem called Rachel Guest and Monny’s aunt, Mrs. East, who believes herself to be a reincarnation of Cleopatra.

All kinds of stuff happens. There’s a creepy Armenian guy who follows them around, a Turk who married an American girl under false pretenses and is keeping her under lock and key, a possible conspiracy to kidnap Monny — the kidnappers are under the impression that she’s Brigit’s stepdaughter–and various people trying to excavate the spot where Ernest and Anthony hope to find treasure.

The whole bunch of them — and many more, after Ernest and Anthony become the directors of a tour group — go up the Nile together, various people get engaged to each other, and they do eventually find the treasure, but Monny won’t let them keep it.

All in all, a fun book, aside from the unfair ending. I was pretty impressed by the fact that it took me a couple of chapters to figure out who was going to fall in love with who.

Uploaded by librivoxbooks on November 8, 2007