Life in a Tank 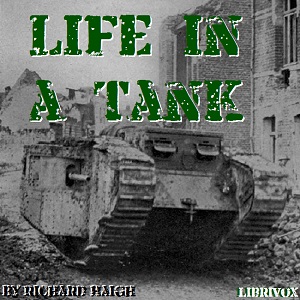 Life in a Tank

LibriVox recording of Life in a Tank by RIchard Haigh.

Read in English by William A Crenshaw.

Richard Haigh was an Infantry lieutenant in the 2nd Royal Berkshire Infantry Regiment serving in the Somme area in 1916. Shortly after Tanks were first used in battle in September of 1916 the British Army asked for volunteers, Lieutenant Haigh signed up and was accepted in December of 1916. He describes the training and actions he participated in until the war ended in 1918. He was awarded MC in 1916 as Lt. (acting Capt.) Richard Haigh, Royal Berkshire Regiment. He was commissioned from the RMC (Sandhurst) to the Berkshires 16th Feb 1915; on resigning his commission in 1919, he joined the General Reserve of Officers. (Summary by William A Crenshaw)

Uploaded by librivoxbooks on November 13, 2014