A long time ago, the great wizard Zot forged an orb of power. He soon vanished, leaving behind a vast castle filled with monsters, traps, and great treasures including the orb of power. The player takes the role of a bold adventurer in search of the orb of power and whatever other treasures he can make it out of the castle with.

The Wizard's Castle is a text-based role-playing game. The player creates a character, choosing between the races of elf, human, dwarf, and hobbit, distinguished by their personal statistics (strength, intelligence, and dexterity). The player can also choose the initial weapons, armor, and items to take on the quest. When all is ready, the hero ventures into the dungeon.

Gameplay is in some ways similar to a text adventure, with text descriptions replacing graphics. Simple commands are used to move from room to room, consult a map, or look around. However, many times the player only needs to choose from a several options for the current situation, such as during battles. There are vendors the protagonist can trade with, mystical pools which can give or take away power, warps to far parts of the castle, numerous monsters to fight and assorted treasures to find.

The game was originally written for the Exidy Sorcerer and was later ported to other BASIC platforms. 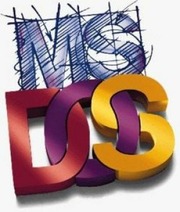 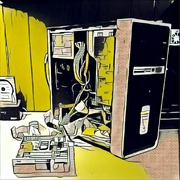