Myths and Legends: Myths of Babylonia and Assyria 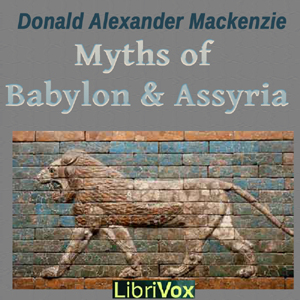 Myths and Legends: Myths of Babylonia and Assyria

LibriVox recording of Myths and Legends: Myths of Babylonia and Assyria, by Donald Alexander Mackenzie.


Donald Alexander Mackenzie (1873 – March 2, 1936) was a Scottish journalist and prolific writer on religion, mythology and anthropology in the early 20th century. His works included Indian Myth and Legend, Celtic Folklore and Myths of China and Japan.
As well as writing books, articles and poems, he often gave lectures, and also broadcast talks on Celtic mythology.

This volume deals with the myths and legends of Babylonia and Assyria, and as these reflect the civilization in which they developed, a historical narrative has been provided, beginning with the early Sumerian Age and concluding with the periods of the Persian and Grecian Empires. Over thirty centuries of human progress are thus passed under review.
(Summary extracted from Wikipedia and the Preface of this book)

For further information, including links to online text, reader information, RSS feeds, CD cover or other formats (if available), please go to the LibriVox catalog page for this recording.
For more free audio books or to become a volunteer reader, visit LibriVox.org.

Uploaded by librivoxbooks on January 28, 2012