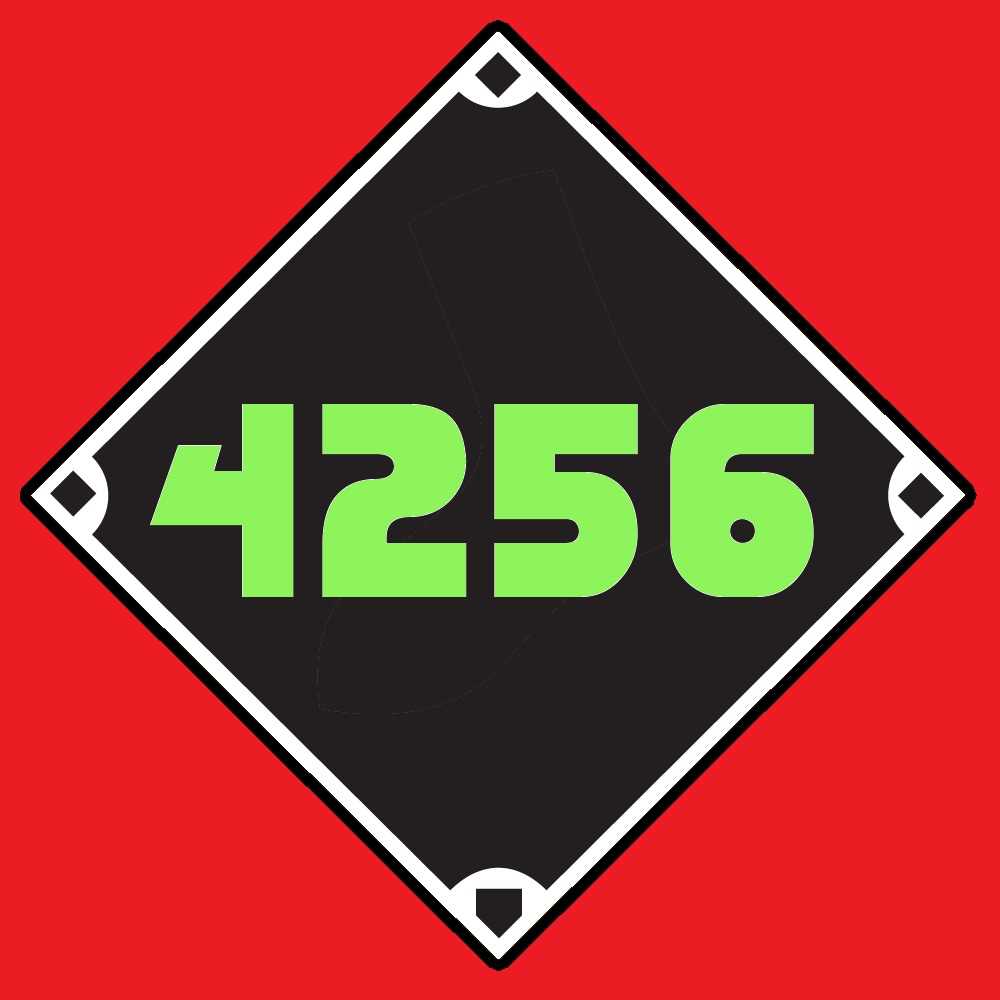 4256 Productions joins forces with NextWave Radio to give you: Cart Path Diem, Take it Under Advisement, and John Tole's America!!

Hey folks! Check out the blog over at http://www.johntole.com plus all the releases, live dates, podcasts and my other show Barely Friending which is also on this channel!

Twitter @johntole Facebook @johntolecomedy Instagram @realjohntole Band @pitboss2000 Bandcamp @johntole Site http://www.johntole.com There you can find my schedule, blog, and albums to purchase. My album NEVER A VICTIM OF CIRCUMSTANCE will be available on St. Patrick's Day! Check my site for more details.

UFC 184 brought all the boys to the yard. We are joined this week with fellow comedian, metal head, KISS fan, rocker, radio broadcaster, podcaster, journalist and long time friend Richard Hunter. We sit down and talk UFC, creativity, music, the bowels of Vegas, stand up comedy and of course the two bands near and dear to our hearts. KISS and Night Ranger Enjoy! My album NEVER A VICTIM OF CIRCUMSTANCE will be available on St. Patrick's Day!

Leonard Nimoy RIP. Check out the blog over at http://www.johntole.com/blog/

Hey folks I have exactly 90 seconds to tell you thanks for listening. Check out the blog over at johntole.com/blog and if you can donate them great. Share the podcast enjoy it. This episode we talk bombing, Dena going out of town for 2 months, new album news, more dates, working for the military and of course a woman being attacked by a robot and the Pope goes to war against war.

Thanks for checking this out first of all. Head on over and check out the blog over at johntole.com for all pertinent updates. This episode I talk about Stockdale's use of the philosophy of Stoicism and how the writing of Epictetus was vital in his survival, we talk writing riffs, we talk about experimenting with your life and celebrating my neighbor's purchase of his fourth song.

Hey folks, I hope the middle of your week is going better than your Monday and will pale in comparison to the glory of the coming weekend. We have one Earthly task left and today is a perfect day to get it going. Man thats new age as f**k. I am excited about the remnants of yesterday's celebration of finding the perfect ending to this piece that I have been working on now for 3 months. From complete stoppages, blocks to surges, successes, miracles and alchemy the birth of this universe.

Happy New Year. Here's a quick rabbit hole I went down. I spent my New Years watching a Latin Mass on youtube from DC in 2010, there are announcers and color commentators. Its worth watching if not only for that. Powerful mass experience which led me to do some googling and low and behold they do the full Latin Mass in the Exraordinary Form here in Los Angeles Sunday Nights at St. Victor's in West Hollywood. I will be in Houston this week, Phoenix in April, more dates coming soon.

@johntole @chrisjmagyar and @bixbot aka John Tole, Chris Magyar and Amber Bixby sit down in the 4256 Productions Production Center and we talk all things the cops. Empty prisons, going to jail, jury duty and what you would do the first time you impersonated an officer.

Live comedy included from The Velveeta Room and also Sure Thing in ATX. I'm going to continue to upload stand up as it gets recorded for you folks to munch on. Other than that, the usual, me yelling into a microphone. Also all the shows for 4256 are up on youtube as well as more audio collected from various tours.

Well here we are again, two fisted in the golf cart of dreams we call the 4256 Productions Golf Cart. How was your weekend? Hammered? Centered? Family related? Sober or a mess? Good Times Bad Times? Let's go down the rabbit hole of Wattie from The Exploited's heart attack, satanic murdering broads, Pitboss 2000 live in Philly, gnarly hot pockets, the olympics and gold medals made out of ham. We have every digital base covered in the world of my ADD. Support the sponsors on the blog and podcast...

Hey Folks welcome to Episode 3 of Take It Under Advisement with Chris Magyar, John Tole and our guest comedian Pat Sirois. We sit down and discuss why no one would take a job murdering people in Sri Lanka and then morph into new jobs, training videos, the gnarlyness of the fast food industry, and all of this using a mic stand made out of a 6 pack of Miller Lite.

Comedians Chris Magyar, Andrew Tompkins and John Tole give unwarranted, late and unneccessary advice in Episode 1 of Take It Under Advisement. You can follow them on twitter at @chrisjmagyar @andrewtompkins and @johntole. This week they break down Minataur Lawsuits, Boyscout Prison Escape Badges, Lord Fourth Beer and whether or not its worse to bomb at a wedding or a funeral.

Chris Magyar, John Tole and guest Andrew Tompkins continue the conversation into episode 2 where they break down approaching a strangers car during parking lot sex, the boyscouts, being a preachers kid, 80s music and party etiquette. John tells about the fateful day in school when the Challenger Exploded. Mildly NSFW

This week he breaks down The Octomom, elderly fist fighting, guns and vaginas, The New England Patriots, tattooing and a man kills his woman over a chicken sandwich. Sit back, grab a coffee, some weed and enjoy the fall of humanity.

Tole jumps into the golf cart and they talk dying from the purple stuff, retard fight clubs, stand up comedy, heckling, violence, the olympics and any other idea that jumps into this ADHD fest we call an excursion through the internet dumb enough to catch his attention.

Bags of horse? Teenage Thrash Metal? Missing Planes over the Nam? 20x2 Interactive appearance for SXSW and did it go well? Did I just hear Aha? Golfing high out your mind with your buddies at Willie Nelson's golf course? oh yeah plus alot more. so check it out!

John Tole loads up the 4256 Productions Golf Cart Cooler with Soda Water and heads into the desert on a horse with 4 demons as he discusses exorcisms, giving weed brownies to teachers, the Super Bowl, getting lit on fire and teaching his Mom about Skype. The show is brought to you by Stamps.com and if you would like more information about this episode or anything else coming out of the 4256 Productions studio head on over to the blog or podcasts page at http://www.johntole.com

JOHN TOLE'S AMERICA IS BACK. Lets Party! John Tole and Jeff Earnshaw combine forces to rebirth JTA with Episode 1 and celebrate the shows addition on Nextwave-radio.com

Jump in the 4256 Productions golf cart and join John Tole as he navigates the rough seas of the collective sports consciousness odd news and sets the F-Yeah Machine on High.

John sits down in the 4256 Productions Studio to discuss Obama, the mediocre musings of Floridans, meteors and old age. CPD enjoys our first guests with both Paul E Hendricks and Ray Combs Jr from Disrupt The Illusion discuss the 8 habits of Intolerant People and the lovely Dena sits in to discuss getting high on Smarties.

Tole returns from sports retirement to lead his SXSW softball team to glory. He talks the safety of Bitcoin, the missing malaysian plane, implantable technology that distorts time to create a digital hell on Earth for Prisoners and a woman who is stung to death by killer bees. John discusses why he can't get a massage, how we become what we hate, facial recognition software in cars to prevent road rage and Old Head New Metal breaks down "Stop Freaking Out" by Radkey.

Hey folks welcome to episode 12 of Cart Path Diem. This week its a Gwar heavy episode with the passing of Dave Brockie. I go back to 1989 to relive my first Gwar show in Sacramento. We go backstage for the Carcass, Gorguts, Black Dahlia Murder Tour and a fan loses their mind. Its stand up comedy, metal, golf, weed and booze just the way America intended. I get into beheaded flamingos, heart transplants, conscious uncoupling and a woman is forced to roll a deuce in her front yard

Welcome to Cart Path Diem Episode 9, this week John continues his avoidance of the internet and now has to use magazines and newspapers for content. Tole starts his week off with golf, mocking the elderly, ghosts, all things UK and rages with a new track from BodyFarm off their upcoming release on Metal Blade Records. There is hidden nerd audio and the discussion of why DVD rental is a waste of time.

Well Episode 13 is here. Recorded live in my car at 75mph with the cruise control set on fat, I talk Johnny Goudie, Taco Bell's Breakfast, some live stand up from Little Rock, a doctor who carved his initials in a woman to celebrate a successful surgery, shitting on a slide in Ypsalanti, satanic legos and a computer that reads emotion and figures out how you vote politically.

The conversation continues here to Episode 4 of Take It Under Advisement with Chris Magyar, John Tole and guest comedian Pat Sirois as they discuss working on a cocaine plantation, drinking zima, Kegel Dog training, expensive pet food and they discuss rock and roll bread that goes to 11!

DESCRIPTION
4256 Productions joins forces with NextWave Radio to give you: Cart Path Diem, Take it Under Advisement, and John Tole's America!!

Archived from iTunes at https://itunes.apple.com/us/podcast/4256-nextwave-radio-networkpodcasts/id888514285. Items in this collection are restricted.
ACTIVITY