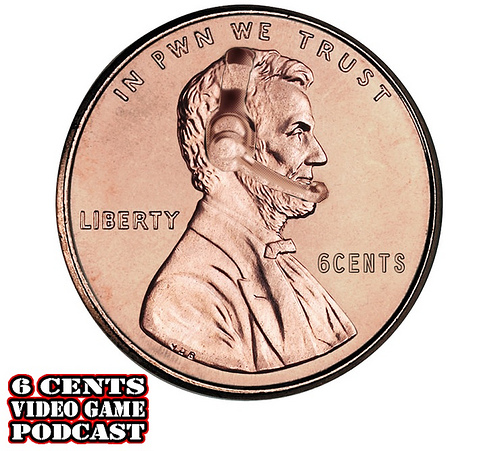 3 Guys Chiming in Their 2 Cents. Why are we here? We are here to talk about all the video game news that interest us. PS3, Xbox 360, Wii, and PC News. Hope you enjoy your stay!

On Epsiode 13 we talk about the new 3DS from Nintendo, $15 Modern Warfare 2 Map Pack, and upcoming games! Also, we welcome Dead-Weight to the Xbox family!

In this episode we discuss the most talked about game of the year, Modern Warfare 2! We also talk about our predictions how the end of Q4 will pan out. Reviews too! Enjoy!

We give our reviews of Call of Juarez: Bound in Blood, Bionic Commando, and Batman: Arkham Asylum. Also, we discuss the new PS3 Slim and the much anticipated SeXbox.

This is our coverage of the Microsoft press conference at E3 2009!

This is our coverage of the Microsoft press conference at E3 2009!

Our very first Minicast! In this episode, we talk about E3 2009 predictions.

Information is pretty dated in this one (March 14 dated), but is still awesome. In this podcast we talk about Wii Fit beating out Halo 3, gaming length, and video game violence. Also, Smoof has a british accent.

Our first episode of 2009, We have been gone for quite some time, but we are finally back! In this episode, we talk about PSP2, Killzone 2, and Video Game Scores.

This is super old news. Listen to this just to hear our beautiful voices :D

"Better late than never" fits perfectly for my excuse why this podcast is 2 weeks late. Oh well, press play and let's forget this even happened... On this one, you can hear Dead-Weight playing Bejeweled 2 on his iPod Touch. If you want to play a drinking game, take a shot everytime you hear him start a new game. Enjoy! Microsoft News - Tomb Raider Bitch Slap, and 360 Owning Japan Sony News - Valve WTF, Price Drop No No, and We Be Buzzin' Nintendo News - Let's Tap... into Your Wallet,...

*Music found on Galbadia Hotel, this site is awesome for old school game music! I have a giveaway this time around, Smoof talks RPGz, and Dead-Weight loves him some Co-op... and boobies... but then again, we all love boobies. This episode the crew discuss gag orders (that's what she said), my fav Capcom and game critics. Microsoft News - Party Games the norm?, Fall dashboard avatar ready, and Blu-Ray support. Sony News - A butt-load of updates, better non-exclusive exclusives, and 8 Player...

*Awesome Music By: Simon Viklund - Bionic Commando Rearmed OST Smoof would like Wii Bee Keeper developed, Dead-Weight will be too busy having sex with his wife to worry about World of Warcraft, and I try to lose poundage on the Wii... result may vary. On today's show we have a discussion on Mergers/Buyouts, are exclusives important nowadays, and games being made into movies. Microsoft News - Price drops and the 360's Life Cycle Sony News - Global LittleBigPlanet domination, which release will...

DESCRIPTION
3 Guys Chiming in Their 2 Cents. Why are we here? We are here to talk about all the video game news that interest us. PS3, Xbox 360, Wii, and PC News. Hope you enjoy your stay!

Archived from iTunes at https://itunes.apple.com/us/podcast/6cents-video-game-podcast/id292043121. Items in this collection are restricted.
ACTIVITY