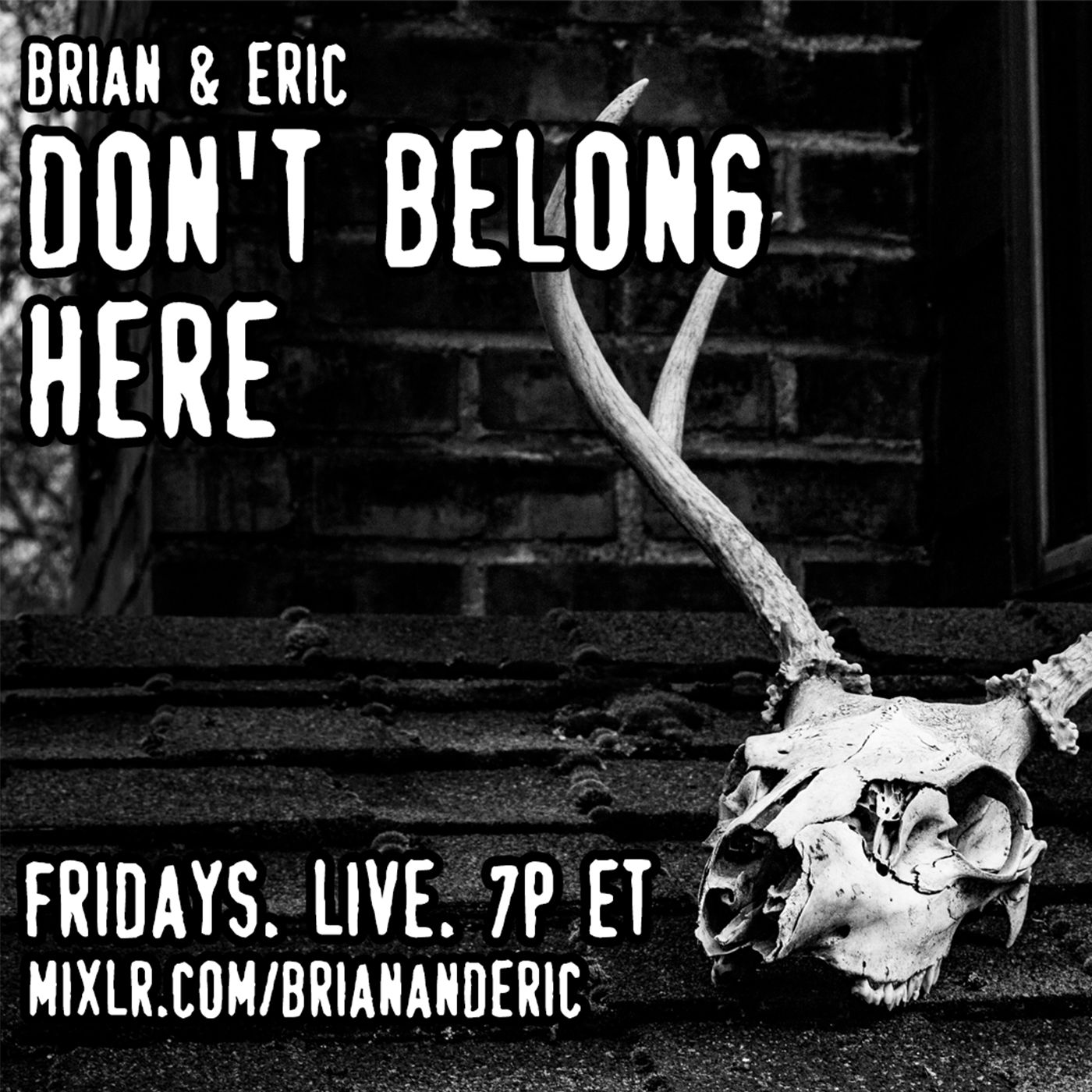 Brian and Eric return to the room that scared them very much, this time equipped with a Spirit Box app. They also introduce the world to Harold their new Co-Ghost.

Brian & Eric learn about the Unarius Academy of Science, get totally on board with it, and 1000% want to join.

Brian & Eric are joined once again by Jesse Eisemann (CollegeHumor/UCB) to talk about ghosts, haunted NYC apartments, and learn about the Freemasons from a fantastic call-in.

Brian is traveling this weekend, so we're digging one out of our pre-recorded bank! Brian & Eric learn about hundreds of people who go missing in nation parks under mysterious circumstances.

Brian and Eric discuss news regarding mysterious repeating radio signals in space, and help a listener with her haunted house problem.

Brian & Eric watch a police training video about dealing with Satanic Cults, and learn how much Brian would sell his soul for. Police Training Video: https://www.youtube.com/watch?v=NBf35HS6atU

Brian & Eric talk to Astonishing Legends researcher Tess Pfeifle about The Sallie House and the 4 part podcasting epic that it inspired.

Brian and Eric set out to record a Christmas episode, after a whole evening of banking backlog episodes. Then lights go out in the studio.

Brian & Eric come off of a long week and attempt to follow up on their Chaos Magic discussion last week, as well as discuss Secret Societies. Things don't go as planned. If this is your first episode, we truly beg of you to begin elsewhere.

Brian and Eric barely scratch the surface of the concept of Chaos Magic with the help of a document written by Arch-Traitor Bluefluke. They also learn about a witch's curse that turns every feature film into a DVD copy of the 1999 movie Hackers.

Brian and Eric talk Thanksgiving and also about a bunch more crazy conspiracies. Brian might be able to get behind the Simulation Theory now?

Brian & Eric talk about pop culture conspiracy theories like Stanley Kubrick's involvement in the moon landing, and how Andrew W.K is a persona played by multiple actors.

Brian & Eric invite CollegeHumor's Jesse Eisemann down into the stacks to tell them about the haunted house he grew up in. They also hear about a meth house, and... talk about some Netflix stuff.

Brian and Eric talk about Ed and Lorraine Warren (and occasionally Elizabeth Warren by accident). Also lose a battle with Skype ghosts. Music by purple-planet.com and Moris Blak!

Brian and Eric talk to a witch whose gotten bad vibes from the show, and learn tips on how to keep themselves safe from GHOSTS!

Brian and Eric learn about modern witchcraft and tarot from an expert. Eric gets his mind blown by a tarot reading, and Brian is determined to make friends with a snail.

We kick off an episode about demons and exorcisms with some accidental dead air. Then we dive into the details of hellspawn from around the world, and learn the true story that inspired The Exorcist. Also Brian is a dick and forgot to say thanks to Moris Blak for our intro and outro music! Check him out on Spotify!

Brian and Eric welcome Willie Muse from CollegeHumor and Spooky Show to talk about childhood fears.

Brian and Eric talk about their relationships with spooky stuff, and also learn about what the old guy from Shawshank Redemption is up to (as a ghost).

Archived from iTunes at https://itunes.apple.com/us/podcast/brian-eric-dont-belong-here/id1436382001. Items in this collection are restricted.
ACTIVITY