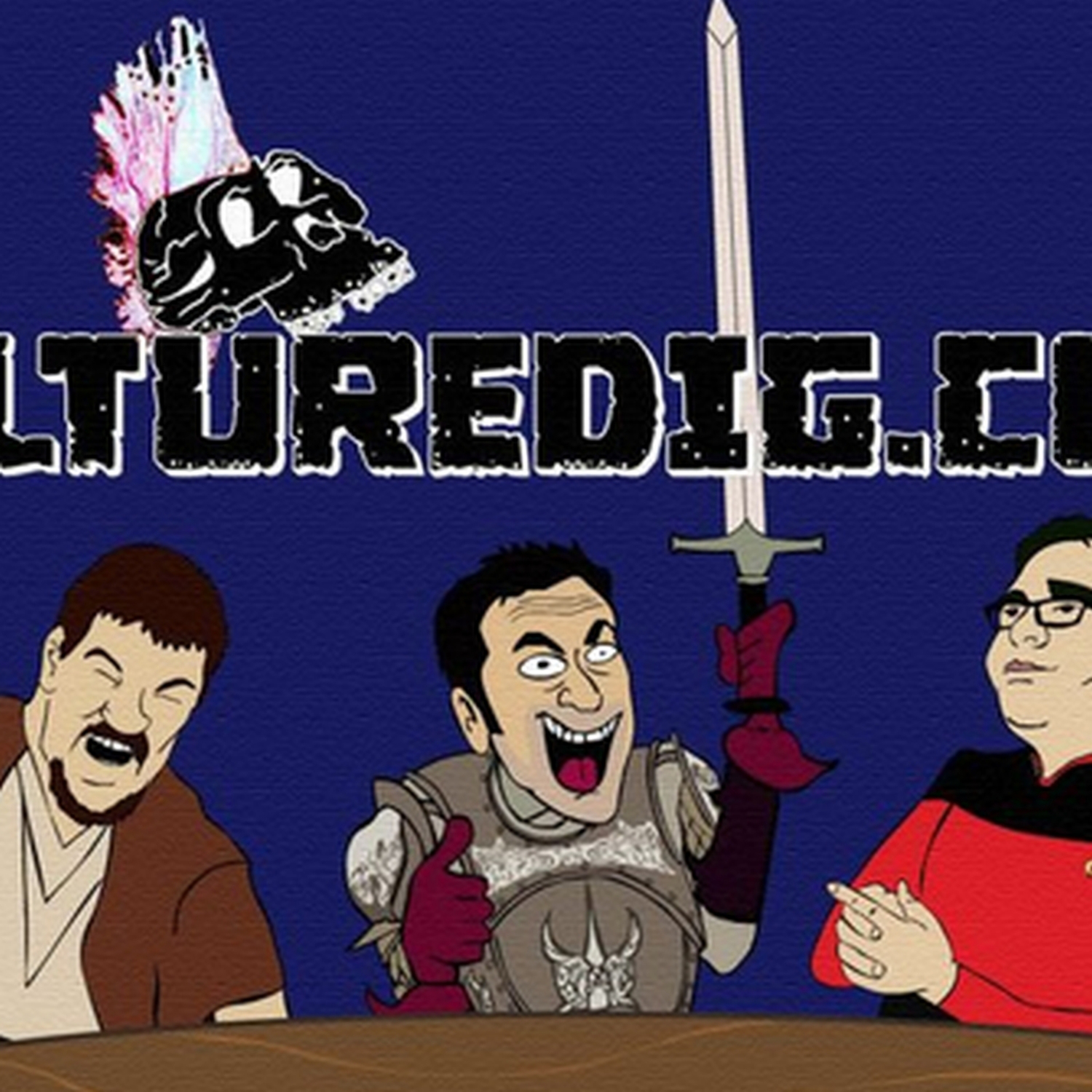 We kill boredom dead, till it dies. The Culture Dig podcast discusses Entertainment, Technology, Science, News, Sci-Fi and Philosophy. Come with us on a journey into madness as we comically tilt at windmills.

Interview with House District 64 candidate Andy Warrener, in a combo Thorcast-Sovcast. To learn more go to http://floridaforall.net This episode is brought to you by Focus Fitness https://www.facebook.com/focusjfitness https://focusjfitness.tumblr.com/ This episode is also brought to you by The Inkwell series by Aaron Buchanan http://www.amazon.com/Mightiest-Swords-Inkwell-Trilogy-1/dp/1537416359/ref=asap_bc?ie=UTF8 http://www.amazon.com/Will-Shadows-Inkwell-Aaron-Buchanan/dp/1541061527

Welcome to THOR Cast, Tampa’s Health and Organized Recreation podcast. I am your host Jeff and today I’ll be interviewing local author Bonnie Solino about her book ‘Johan and the Secret Caves’.

Welcome to THOR Cast, Tampa’s Health and Organized Recreation podcast. I am your host Jeff and today I’ll be interviewing local author Aaron Buchanan about the premiere novel of his “The Inkwell” series “Mightiest of Swords” and his upcoming novel “Will of Shadows”.

This is an the 1st archive of Cool Sh!t.

TKT Ep 15-Westworld Season 1 I. Background A. 1973 movie...Jurassic Park...but with robots B. produced by Jonathan Nolan, JJ Abrams, and Lisa Joy C. Acting/characters II. Season Reactions A. So, William is the Man in Black B. So, Bernard is a Host...and made in the image of Arnold C. So, there isn't really a maze D. So, Maeve wasn't really acting on her own volition...until she was at the very end E. So, Dolores is Wyatt...or something F. So, does this mean all the retired Hosts experienced...

The Culturedig Network Hosts and lifelong friends Buchaca and Jeff discuss all things Nerd: TV, movies, books, science, technology, history and funny news. thekinkytauntaun.tumblr.com facebook.com/culturedig soundcloud.com/culturedig culturedig.tumblr.com Cool Sh!t Ep 1 The Staph here sucks- With more and more bacteria species becoming resistant to the antibiotics we have available, scientists are desperately looking for new ways to protect against infection. According to the Centres for...

5. The return of Maz Kanata in new Star Wars novel 4. Episode VIII finishes shooting this month 3. Rogue One Reshoots 2. Full Rogue One trailer Expectations? 1. Rey is the reincarnation of the First Jedi

Alabama Firefighters had to pry a dinosaur off a girl. It took firefighters half an hour to pry the head of a Barney the purple dinosaur off of 15-year-old Darby Risner. Afterward, Darby said, “I was so happy I just had to laugh, I was really worried for a while there that they wouldn't be able to get it off of me." Comon, it would have made for a perfect reality show- In a world where dinosaurs have been extinct for millions of years comes a girl who’s have human, have dinosaur but...

The Kinky Tauntaun 11: How to Fix the X-Men Film Franchise I. Bryan Singer is DONE! DING DONG THE WITCH IS DEAD! Contracts have expired! Now what? a. Buchacha’s Five Fixes i. Plan for a shared universe. This includes interlocking arcs with Deadpool, New Mutants, X-Force, X-Factor and various incarnations of the X-Men teams through the years. Plan an FX or FXX show detailing the early years of the X-Men with Xavier, Beast, Cyclops, Marvel Girl, Iceman, and Angel. This would allow more thorough...

The Kinky Tauntaun, Episode 10 We’ve got an alimentary graduate, well kind of- John Robinson, of North Park, San Diego was Frustrated with neighborhood dogs leaving waste on his lawn and dog owners not picking up after their pets. So, he scattered several pounds of chocolate chips in the grass in front of his home. I. X-Men: Apocalypse a. The TKT History of the X-Men b. The Singer-Verse version of the X-Men, recap the ups and downs of X-Men through Days of Future Past c. Apocalypse: The end...

Cast from Culturely Rock: Episode 3 I. Season Five Review (quick recap of where characters are) a. Sansa b. Arya c. Jon d. Tyrion e. Danaerys f. Cersei g. Brienne & Pod h. Jaime & Bronn i. Sam & Gilly II. Questions We Hope to Have Answered a. Bran on Dagobah i. Tower of Joy & Max Von Sydow ii. How many flashbacks will we get and just how powerful will Bran and Bloodraven be? b. Cersei, Tommen, Maergery, Loras, High Sparrow & King’s Landing: Is s**t about to go down? c....

Alan Rickman and David Bowie both succumb to cancer last week; both of them were 69. Who Should Be the Next Han Solo? The Sex Toy Bandits. Paul Revere 2016 Final March To Restore America co-founders got into a drunken shootout over a gun. Indiana Jones 5 rumors. Supreme Leader Snoke trolls Christian call-in show. Directors Tease that there are 67 characters in the upcoming Avengers Infinity War. Netflix is this close to pulling the trigger on The Punisher, a new Marvel spinoff series centered...

Carrie Fisher (age 59) took to Twitter to Force bitch slap people who were discussing how she has age. According to the latest poll from Quinnipiac University, Bernie Sanders would beat Donald Trump 51-38 in a general-election match-up. Having orgasms on a regular basis is good for your health. ISIL leader called Muslims around the world to join his “caliphate,” Many Muslims replied that they’d rather do anything else. Season 1 wrap up of Ash VS Evil Dead. Texas woman says her Christian...

We spoil the Sith out of the the new film Star Wars Episode VII The Force Awakens and check on some of our prediction.

The Kinky Tauntaun Episode 2: Wait What, There’s Good News – The generosity of religious children & lying about bacon cancer. We talk about the good Doctor Who. In Darwin Weeps F’ed up Florida addition – PDA’s are not OK, A Florida sheriff is furious Obama took one of his two armored personnel carriers away and said, “People will die because of this decision,” Deputy too drunk to receive a Mothers Against Drunk Driving award. We discuss the last few episodes of the walking...

The amazing survival story of frontiersman Huge Glass. A Japanese robotics company is training one of their robots to use a Samurai sword. A carbon nano-tube sword from the middle ages.

On this Big Dig we talk about the Terminator film franchise for Terminator 1 to Terminator Genisys.

This time we discuss the Confederate Flag - Colorado quadriplegic fired for using medical marijuana - The Feds raid pot shop, eat brownies and play darts – Jimmerz questions the legality of using the 14th amendment to legalize gay marriage but is happy about the results.

The three movies for this week are Bridge of Spies, The Martian and Z for Zachariah!

This week we discus trailers for the movies 'Howl,' an under-the-radar British werewolf film, 'American Ultra,' starring Jesse Eisenberg and Kristen Stewart as a stoner sleeper-spy and his girlfriend, then lastly 'Regression'--an Alejandro Amenabar film starring Ethan Hawke and Emma Watson! Then, Jeff talks about some new advancements in generating power & carbon sinks in his COOL SH!T segment!

We take a scene by scene look at season 5 episode 10, a wrap up of the entire season and predictions for season 6.

1-10 Fight Club, The Usual Suspects, The Empire Strikes Back, Planet of the Apes, Psycho, Soylent Green, Oldboy, Frailty, The Others, The Sixth Sense.

This time we talk about our favorite soundtracks. Buchacha does a top 10 and Jimmerz and Jeff have a High Five or a top 5 soundtracks.

Blind People learn to see with their tongues with a technology called BrainPort. MRSA, short for methicillin-resistant Staphylococcus aureus, is a bacterium that can cause difficult-to-treat infections since it does not respond to many antibiotics. When extracts from five major cannabinoids where applied to bacterial cultures of six strains of MRSA, they discovered that the cannabinoids were as effective at killing the bugs as vancomycin and other antibiotics.

The Big Dig - Ex Machina: Artificial Intelligence and The Fear of Human Obsolescence. The history of humanity’s relationship with AI in literature & film. Blade Runner, Terminator, etc. Ex Machina and the is there any hope for positive AI interaction?

We discuss the trailers for the upcoming movies, Flytrap, When Marnie Was There & Tomorrowland.

We discuss the new Batman Vs Superman and the new Ant Man movie trailers.

Jeff tells us about Biochar, one of the most powerful weapons against global warming and world hunger.

Buchanan tells Jimmerz and Jeff about his favorite film and TV villians.

We discuss or favorite Dead and our favorite Alive film directors.

We discuss the new Star Wars Episode 7 trailer, the Terminator Genisys trailer and The Leviathan trailer.

We discuss the 2008 film Pontypool- A psychological thriller in which a deadly virus infects a small Ontario town.

10-1 The Running Man, Equilibrium, Team America: World Police, Knights of Badassdom, The Monster Squad, In the Mouth of Madness, 2010, The 13th Warrior, Conquest of the Planet of the Apes, Saving Silverman, Darth Vader

On this week’s Big Dig we discuss- The Walking Dead season finale, how the show diverges/converges from the comic book, what’s next for Season 6 and the Zombie March Madness Tournament!!!

On Cool S**t I tell you about The 2015 Gold Flush and Could Goonerbaters Save The World?

The good Doctor discusses the cultural-sociological implications of the money shot.

This week we talk about Star Wars Episode 7, racism and police misconduct are alive and well in the U.S.A., F#CK Cancer and one way to cure it, Top 10 Franchises or Movies that should be made into TV shows, spiders and boners, The historical, cultural and philosophical implications of BMWF GB pornography and rants about warmongering LIARS, green energy that should already exist and Kendrick Lamar’s member, I mean album, I mean album about his member.

DESCRIPTION
We kill boredom dead, till it dies. The Culture Dig podcast discusses Entertainment, Technology, Science, News, Sci-Fi and Philosophy. Come with us on a journey into madness as we comically tilt at windmills.

Archived from iTunes at https://itunes.apple.com/us/podcast/culture-dig-podcast-culture-dig-store/id981441367. Items in this collection are restricted.
ACTIVITY