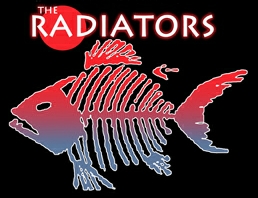 Reviewer: Lake Fred - favoritefavoritefavoritefavoritefavorite - February 14, 2006
Subject: The Joint Is Jumping At Jimmy's
This was the fourth Radiators show from 1985 that I have downloaded from this site. So far all four have been winners. There mustve been magic that year for the Radiators in uptown New Orleans. This show on Willow Street at Jimmys is a wonderful show. This show sprinkles hits among lesser known gems. The sound is very crisp and the playing is superb. You cant listen to this and keep your body still.

Jimmys was one of my favorite places to see a band. The bandstand was against one wall and roughly level with the crowd. The room was well lit and you could stand right in front of Camile and watch his wizardry while everyone danced.

The total set is 173 minutes long. It is too long to put on two 80 minute CDs. I recorded the first twelve songs in order then skipped to Lucinda for a 79:27 long CD. For the second CD, I played the remaining songs in order, leaving out Mood to Move, Happy Anniversary, Do The Dog and The Weight, for a 78:47 long CD. These CDs cook!

Highlights include a killer version of Born On The Bayou that is faithful to both John Fogerty and the Radiators. Other covers I highly recommend is the encore of Spirits I Got A Line On You and Talking Heads/Al Greens Take Me To The River. I feel bad singling songs as this night was golden for the entire session. I'm listening to Little Sadie as I write this and I'm gettinging goosebumps! Get them yourself! Download this one and select your own top ten. Im rating this show an easy five stars. I highly recommend it.