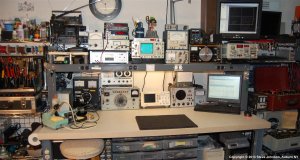 This is a collection of items being worked on by Jason Scott - in a transparent fashion, the non-functioning software examples will be analyzed, and either removed or placed back into their proper place.

Please note: This Web-Based emulation of Quake is extremely  slow; the game is not playable at this speed (although manipulating the settings for a lower resolution and reduced complexity will increase speed nominally). This item is included for historical reasons only and will hopefully one day be more playable.
favoritefavoritefavoritefavoritefavorite ( 3 reviews )

The Software Library Workbench
Putt-Putt Goes to the Moon
software

Putt-Putt Goes to the Moon

The Software Library Workbench
Riddle of Master Lu, The
software

Riddle of Master Lu, The

The Software Library Workbench
Gabriel Knight 2 - The Beast Within
movies

Gabriel Knight 2 - The Beast Within

Lands of Lore - The Throne of Chaos

Touche - The Adventures of the Fifth Musketeer

The Software Library Workbench
Alone in the Dark 3
software

Alone in the Dark 3

MS-DOS: Drilling Billy by (1997) Developed by Northwind Soft Released 1997 Published by Intense Entertainment Interactive, LLC Also For OS/2 Gameplay Arcade Perspective Side view Visual Fixed / Flip-screen Genre Action Description In The Worlds of Billy a boy named Billy has to cross 100 arcade levels to get back home. But of course there are bad guys who wants him dead and in this case the culprits are fruits. To get rid of them Billy has to dig holes in the ground and whack them with his...

Lands of Lore - Guardians of Destiny

The Software Library Workbench
Simon the Sorcerer II - The Lion, the Wizard and the Wardrobe
software

Simon the Sorcerer II - The Lion, the Wizard and the Wardrobe

The Software Library Workbench
Day of the Tentacle
software

Angel Devoid Developed by Electric Dreams Inc. Released 1996 Published by Mindscape, Inc. Platforms DOS, Macintosh, PlayStation, SEGA Saturn Gameplay Puzzle elements Perspective 1st-person Genre Adventure Setting Cyberpunk / Dark Sci-Fi, Sci-Fi / Futuristic Description In Angel Devoid: Face of the Enemy , which is set in the futuristic NeoCity of the year 3032, the player takes the role of Jack Hard, a cop whose life goal is to hunt the criminal Angel Devoid. After an accident during a car...

Inherit the Earth - Quest for the Orb

DESCRIPTION
This is a collection of items being worked on by Jason Scott - in a transparent fashion, the non-functioning software examples will be analyzed, and either removed or placed back into their proper place.
ACTIVITY